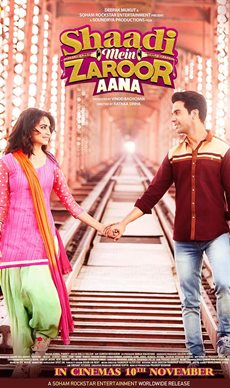 Set against the backdrop of Kanpur, "Shaadi Mein Zaroor Aana" is a love story of Satyendra aka Sattu (Rajkummar Rao), a clerk in a government office and Aarti (Kriti Kharbanda), a bright ambitious girl who aspires to become a government officer, but is not encouraged by her father to study too much.

How the couple meet for a proposed marriage alliance, fall in love and yet, end up not getting married owing to an unexpected event on their wedding day, forms the crux of the story.

Narrated in a linear manner, the film is quite straightforward and it is undoubtedly in the second half, with the unusual twist at half time, that the plot gets intriguing. The first half showcases how they meet to please their parents, but owing to their similar thinking, hit it off well and fall in love.

The writing, like the plot, is simple and uncomplicated. It is the performances by the entire case that keep you riveted to the screen.

Save the scene in the second half where Satyendra, a deputy magistrate himself, goes to Aarti's house with a search warrant and turns the house topsy-turvy, which appears a bit far-fetched, the characters are well-etched and believable.

Director Ratnaa Sinha effectively recreates the milieu where clearing Civil Services exams, are given importance and a government job is considered the ultimate achievement. The dreams and aspirations of the members of both families - Shuklas and Mishras - their middle class concerns about dowry, not educating daughters too much and getting them married on time, are real and palpable.

Rajkummar Rao as Satyendra, the simple and well-mannered boy from a middle class family who loses his heart to Aarti and dreams about a happy life with her, is endearing from the word go. He slips into the character, complete with his rustic accent, shy demeanour and unambitious nature. The contrast, post interval, is thus even more praiseworthy when he transforms into a supposedly ruthless, revengeful human being, devoid of feelings.

Kriti Kharbanda as the effervescent and ambitious Aarti packs a punch in her performance and meets Rajkummar Rao shoulder-to-shoulder in every scene. Be it her euphoria of being in love or the devastation upon being accused, she is convincing and you empathise with her.

All the character actors contribute in large measure in making this film come alive. Each one delivers a strong performance. Particularly noteworthy is the actor playing her sister, who eggs her on to live her dreams and not become a mere housewife.

Govind Namdeo as Aarti's strict but affectionate father is a treat to watch, and veteran actor KK Raina touches the right chord in the scene where he breaks down upon his son's marriage being called off.

The production values are moderate, but seem apt in a film of this setting. Nothing seems incongruous.

The music is melodious and captures the essence of the romance in the first half and the anguish in the second, with accuracy. "Tu banja gali Banaras ki" and "Mera Intekam dekhegi" are worth a mention.

Overall, this simple love story with stellar performances, garbed with some hard-hitting issues of our society, is a treat to watch. A wedding worth attending, for sure.

Kriti Kharbanda can't be 'instructed' to fall in love

Actress Kriti Kharbanda says she supports love marriage and that she is not the kind of person who can be instructed to fall in love.In the movie "Shaadi Mein Zaroor Aana", her character was against the concept of arranged marriage. What does she prefer in real life - love or arranged marriage?Read More

Actor Karanvir Sharma, who has featured in movies like "Zid" and "Shaadi Mein Zaroor Aana", has joined the cast of an action thriller film, which will also star Sunny Deol.Read More 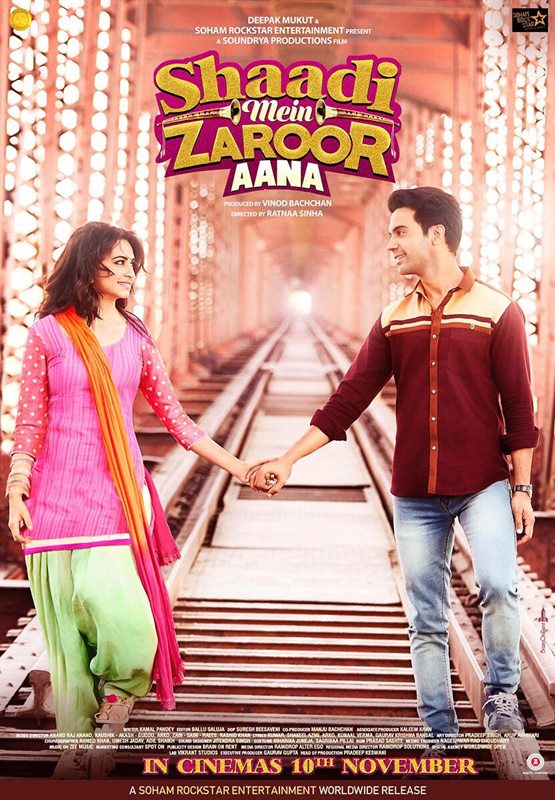