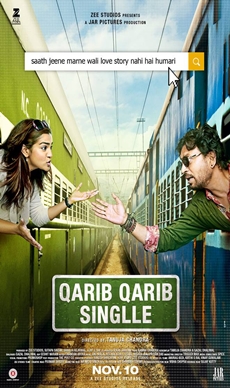 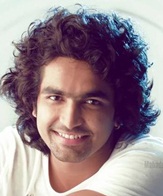 Look, there are lots of problems in "Qarib Qarib Singlle" -- as there are in life. But that's what makes life, and life in the movies, worth living.

"Qarib Qarib Singlle" is a delightful 'romp'-com about two middle-aged strangers -- one a widow and the other a vagabond -- travelling together to meet his ex-girlfriends. Don't giggle. Nothing new here. But then if you want something new, please visit your nearest mall and buy yourself a fresh coat of paint for your living room. Movies make sense only when they bring us characters we know in ways that we never knew that we knew them.

And I can swear I have met Yogi and Jaya somewhere. The fact that they are played by Irrfan and Parvathy (a prized find for Bollywood) is just so providential for director Tanuja Chandra. The director gets the best possible actors for the two principal parts. I can't imagine what Yogi and Jaya would have been like had they been played by George Clooney and Meryl Streep.

What follows after the flawless casting for the flawed protagonists is sheer serendipity, as Yogi and Jaya -- so mismatched they make chalk and cheese appear like long-lost twins -- take off on a journey that they, and we, can never forget.

More than anything else, it is just so refreshing to meet protagonists who are over-the-hill and not afraid of the view on the other side. At least not afraid to peep with brazen curiosity to see what lies in store after middle age.

So, I was telling you about Jaya and Yogi. Jaya is a 35-year-old widow and Yogi is an obnoxious 'chipkoo' -- a human leech -- who just doesn't know when to stop trying to get the other person's attention. In real life, we avoid the Yogis, although we know they are helpful, kind, generous, considerate and well-meaning.

Irrfan pulls out all stops to play Yogi. He redefines the word 'obnoxious', and manages to make Yogi endearing, like a distant benign loud and crass cousin who makes politically incorrect ambivalently sexist comments sound plausible and acceptable. I doubt any actor, except Irrfan, could have played Yogi so honestly.

Irrfan has a terrific co-star in Parvathy, a well-known name from Malayalam cinema. She plays Jaya with the right doses of insecurity and swagger, pulling in her breath when tense, exhaling exuberantly when relaxed, making Jaya one of Bollywood's first post-30 heroines whose insecurities define rather than obstruct the free flow of feistiness.

There are memorable cameos dotting the devilishly flippant plot. Sidharth Menon as Jaya's brother on Facetime, is a part that shines for its writing. Navneet Nishan as a ditzy gossip-monger shows up twice with lumbering languor. And the wonderful Brajendra Kala is terrific in a cameo as a hotel receptionist wondering if he should allot a single or a double room to Yogi and Jaya.

Though we know how this would end (movie hai na, baba), we get sucked into Yogi and Jaya's crazy Bharat Darshan, probably because we have all been in such situations thrown together with people whom ideally we would avoid. Also, the journey is so strikingly captured.

Cinematographer Eeshit Narain makes Hardwar, Rishikesh, Gangtok and even Rajasthan look inviting enough to make us want to leave everything behind and rush for a vacation.

But not now, please! There is business yet to be finished between this criminally unmatched couple who seem to share nothing in common except trains, planes and taxis. Speaking of taxis, there are two interesting cameos by chauffeurs whom Irrfan's Yogi insists on calling 'Betaji' and who, again, like much else in the film, are people whom we've all met at some point in life.

The film persistently strikes up conversations we have had, or overheard somewhere or the other.

Tanuja Chandra's film doesn't simply touch your heart. It runs against the most sensitive portions of the heart, tugs and pulls at your emotions in ways that are far from manipulative or gratuitous. Yes, some portions after the midpoint get repetitive. The narrative tends to sag in parts. But nothing that Irrfan and Parvathy can't swoop up in their arms and revivify.

The film is a gloriously joyous journey into the heart and the heartland. It is refreshing to come across a film where the protagonists sound neither over-rehearsed nor strenuously casual. The conversations are real. Mercifully, when these protagonists talk or sing they are not afraid to make mistakes.

And yes, get ready to fall in love with that vintage Amit Kumar-R.D. Burman number "Bade achche lagte hain" all over again.

My fashion has evolved over the years: Neha Dhupia

Actress Neha Dhupia, who was seen flaunting her chic and glamourous avatars in films like "Tumhari Sulu" and "Qarib Qarib Singlle", says her fashion sense has evolved over the years and she now understands what works best for her."For me, fashion is about embracing yourself the way you are and ultimately being completely comfortable in your own skin. Over the years, my fashion choices have evolved and I like to experiment with different styles, be it glamourous or edgy.Read More

"Qarib Qarib Singlle" director Tanuja Chandra says she has inherited her creative genes from her mother Kamna Chandra, who has written films like "Prem Rog", "1942-A Love Story" and "Chandni".Read More

Join Jaya and Yogi on their journey to retrace past relationships that end up in the most eventful, strange and yet the most crazy trip of their lives... but don't worry... Saath Jeene Marne Wali Love Story Nahi Hai Inki .... ;) 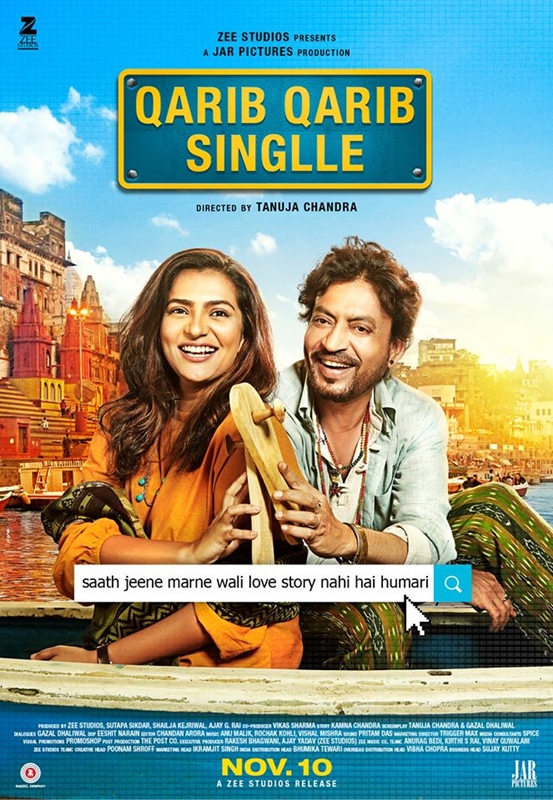 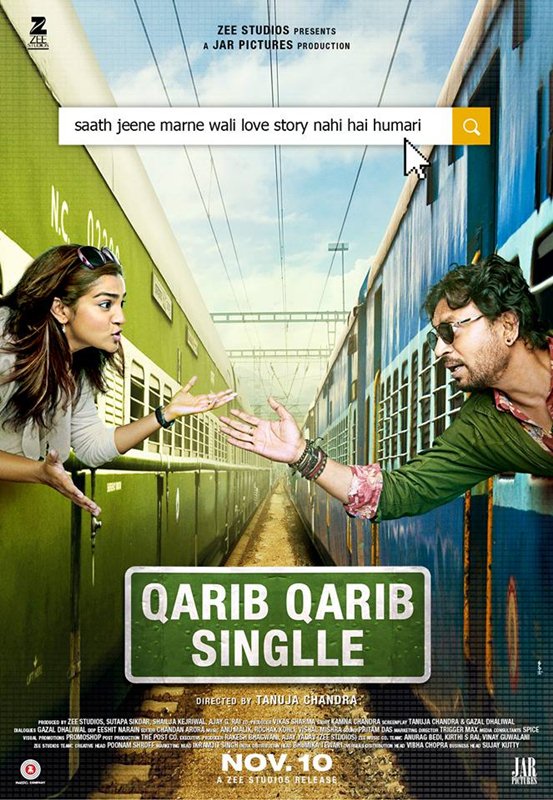 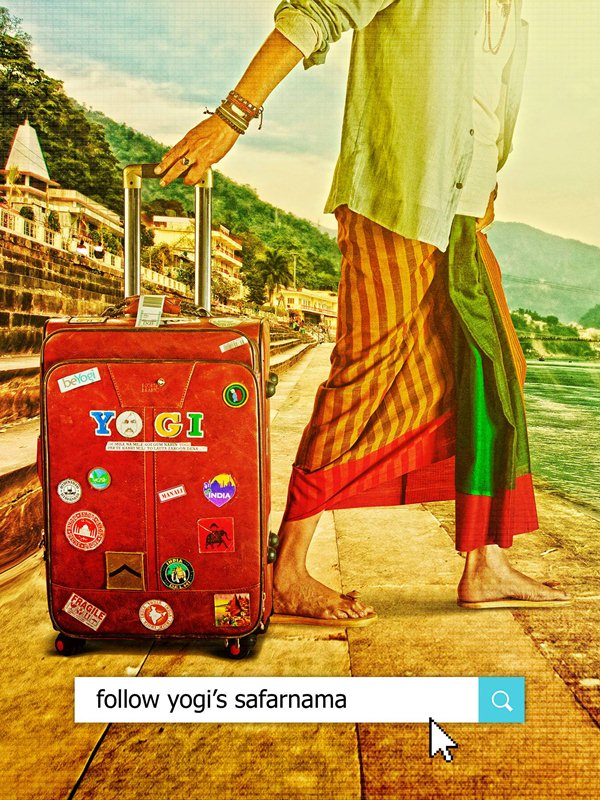 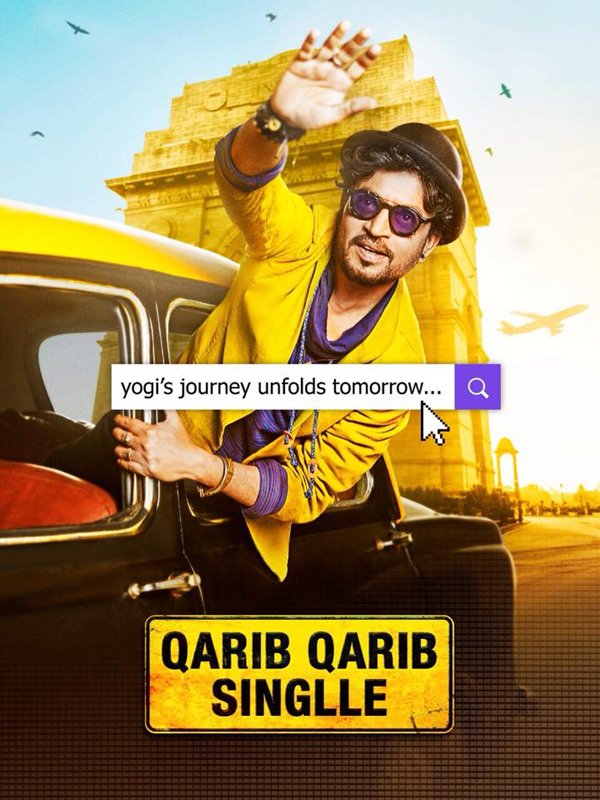 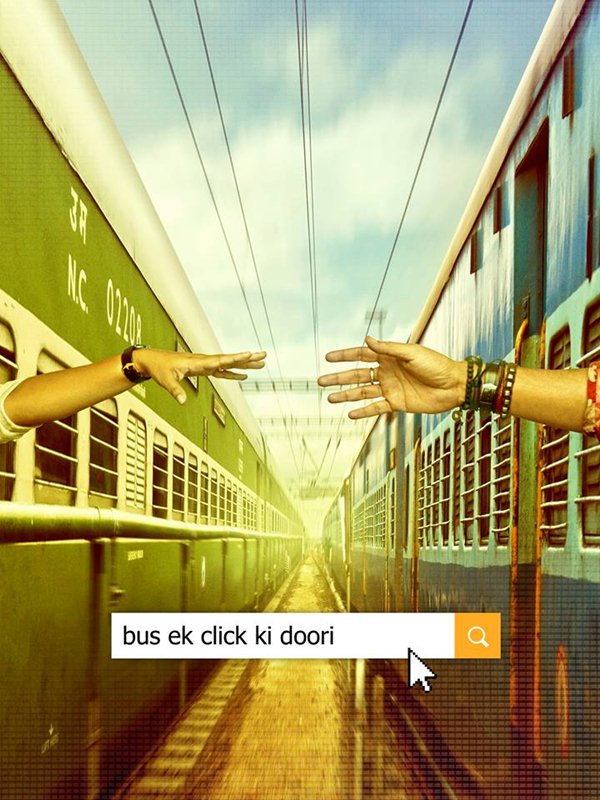