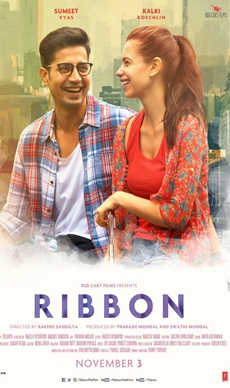 And then, something happens. Something awful and irreversibly life-changing happens in this true life portrait of an urban marriage threatening to fall apart under the strain of coping with daily vicissitudes.

Debutant director Raakhee Sandilya uses her two principal actors to mirror metropolitan mores and meltdowns with masterful vigour and a scrupulous authenticity. The camera is used not to accentuate or glamourise Mumbai's suburbia, but to simply serve as a functional topography for the lives of the couple Sahana and Karan played with such an absence of bravura and flourish that we forget Kalki and Sumeet are playing characters who don't exist beyond the film.

At least not in the way we see them here.

The authenticity instilled into the couple's lives is comparable with what Basu Bhattacharya achieved with Rajesh Khanna and Sharmila Tagore in the remarkable portrait of a marriage on the skids in "Avishkaar" 43 years ago.

Director Raakhee Sandilya's protagonists are not played by stars and one of them has not been seen on the large screen before. Kalki and Sumeet penetrate the lives of their characters with an incredible alacrity. No time is wasted in bringing their lives as close to us as cinematically possible. We enter their lives without fuss or ceremony and we leave them just as quickly, with no room for farewells.

Sandilya strips the film of all vanity. There is very little background music to highlight even the highest summits of emotions in the narration, so that we get the feeling of an unpolished raw home video. Hurting and hurtful. Kalki plays the more aggressive partner. And why not? Early in the plot (if one may accuse this film of resorting to plotting devices), Sahana, well, she loses the plot when her seemingly supportive boss turns wary and hostile after she returns from her maternity leave.

The scenes of Sahana's workplace politics make us flinch. Yup, this is what goes on when women workers get too big for their boots.

The sequences where the couple deal with their child's hired nanny abound in the scent of lived-in familiarity. Every working couple silently suffers the tantrums of its house help. "Ribbon" is a subverted upturned take on all the family films we've seen in the 1960s and 1970s. If Jeetendra and Leena Chandavarkar in L.V. Prasad's "Bidaai" were to set up home in Mumbai today, this is what they would have to deal with.

If "Ribbon" was not such a sharply aligned slice-of-life story, it would be a horror film, much in the same way that Daron Aronofsky's "Mother" is. It is disturbing in its implied critique on the nuclear family where couples choose to keep their parents out. The last 30 minutes of the film is a separate beast, bound to serve up a wallop of shock disgust and despair in the audience as they watch the couple's helpless attempts to keep their self-limited world from falling apart.

A lot of the scenes between the couple seem so spontaneous and unrehearsed, almost as if the lead pair walked into situations in the script that they had inherited from a couple who lived there before them. "Ribbon" captures the rhythms of metropolitan life with such a vehement repudiation of drama that I often forgot I was watching fiction.

"Ribbon" has its share of flaws. So relentless is the focus on the protagonists' lives that we barely get a glimpse into the lives of the other (interesting but sketchy) characters, like Sahana's friend or Karan's father or the babysitter who evidently leads a life as adventurous as her employers, if not more.

But that, some other time.

Sumeet Vyas does not differentiate between mediums

Actor Sumeet Vyas, who will soon be seen in upcoming web series "Official CEOgiri", says he does not believe in distinguishing between the digital platform and the silver screen.

"I personally, as an actor, don't see any difference at all. The effort, which I need to put in a film, is the same effort I put in for any other medium. The difference is the medium through which the story is getting told and that's it," the actor, who also appeared in films like "English Vinglish", "Parched", "Ribbon", told IANS here.

"As an actor, you don't really think if it is a film or a web series you are acting for. You just act and give your 100 per cent.Read More

Bollywood is actually like a local train: Sumeet Vya

Actor Sumeet Vyas says Bollywood is like a local train, and he is struggling to find "a window seat in this crowded train".Read More

After a sudden pregnancy, a young couple discover that it takes a lot more than love to stick through all of life's knotty turns 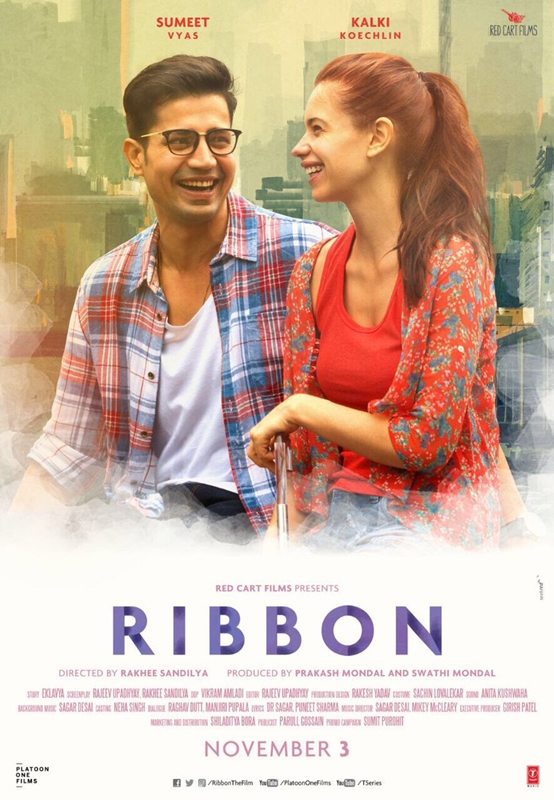