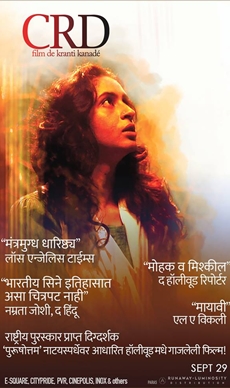 Like a rooster in all its morning glory, director Kranti Kanade's film "CRD" stands out -- ruffling feathers, making the right noises and then settling down to being just a timid wannabe. Nevertheless, the film is undeniably different. The film is a work of art that lacks a realistic or logical development.

Experimental and astutely crafted as an arthouse film, the screenplay with its absurd yet fantastical tangents is shrewd and theatrical, presenting an artist's struggle. The plot, complexly woven with bold and shocking stances with reality and abstract scenes, is brilliantly mounted.

The tale revolves around Chetan Ranjit Deshmukh (Saurabh Saraswat), a young enthusiastic actor-writer who joins a College of Performing Arts, to polish his skills. The period also happens to be when the students there are auditioning for the prestigious five-decade-old students' theatre competition called Purshottam.

The college play to participate at Purshottam, is purported to be directed by Mayank (Vinay Sharma), a trainer who is an ex-student of the college. The auditions are tough and Chetan, who is part of the group, is soon disappointed with Mayank's harsh and tyrannical method of training. So after breaking down mentally and physically, Chetan decides to compete at Purshottam with a set of rejected actors. How he overcomes his obstacles forms the crux of the tale.

While the narrative preaches about artistic rebellion and frustrations of an artist with alacrity, the intriguing design of the film, is one dimensional and often slips into a formulaic pattern. Apart from dropping names, role-play escapades and breaking into French, the dialogues overall, packed with artistic-chatter on lessons of creativity and struggle, seem too fake and pretentious. Nevertheless, it is an amusing and entertaining spin on meta, but by the third act, the narrative slackens and loses its sheen.

On the performance front, the film is Saurabh Saraswat's canvas. With a rounded character arc, as Chetan, he dominates the screen with a power-packed performance. He is aptly supported by Vinay Sharma as the tyrannical Mayank, Mrinmayee Godbole as the confused but adamantly strong-hearted, Persis his love interest, Geetika Sapna Rakesh as the soft-hearted "Veena Ma'am", and Abhay Mahajan and Isha Keskar as Chetan's muse Netra and Dipti, respectively. They are all sincere and remarkable in their delivery.

On the technical front, with moderate production values, the film is vibrant and appealing. Cinematographer Daniel Katz's frames capture the director's visual perspective inclusive of design and costumes, and the finer nuances of the actors with precision and elan. His frames along with music director Garth Neustadter's score and a couple of animated sequences are layered skilfully by editor Suchitra Sathe. The transitions of each scene are seamless and poetic.

Incidentally, if you are scratching your head about the cryptic title, "CRD" stands for the initials of the protagonist's full name.

Overall, the film will appeal to those who are inclined towards cinema steeped in art.

A Young Dramatist rebels against his fascist Tutor to form his troop of misfits - aiming to win a prestigious theatre competition and trying to find the hardest thing of all: his voice. Inspired by real life event 'Purushottam' theatre competition in Pune, India.‬ 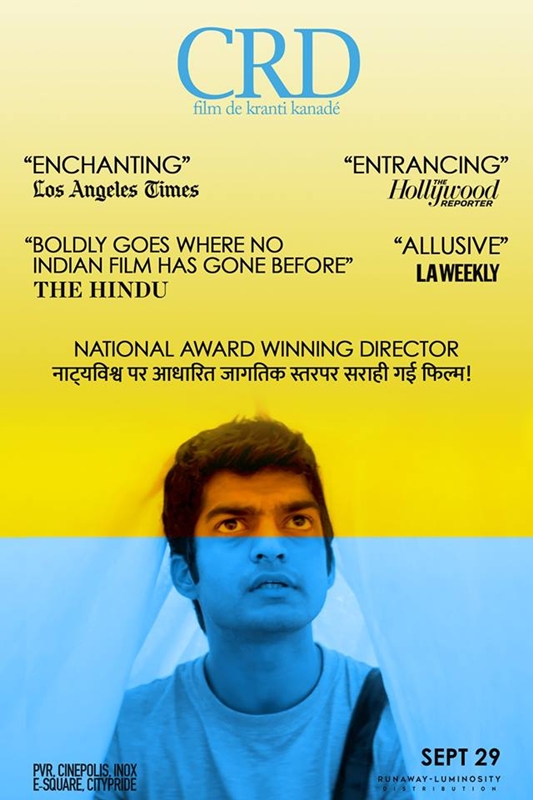 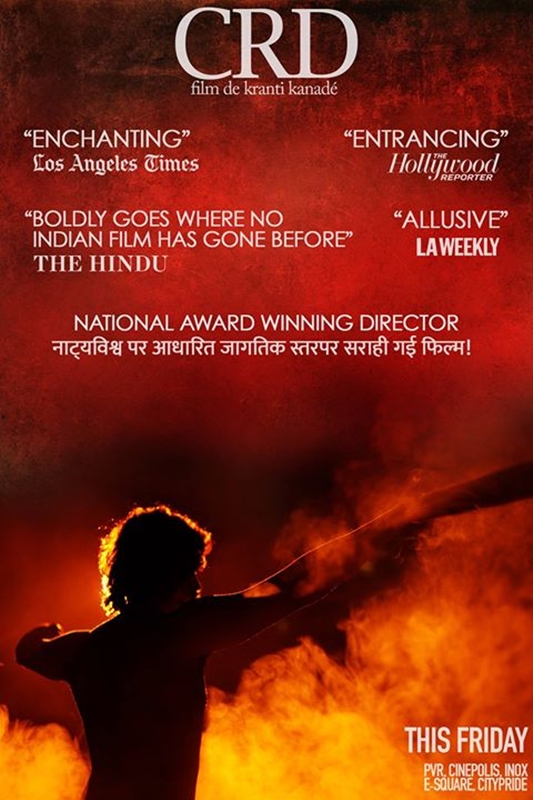 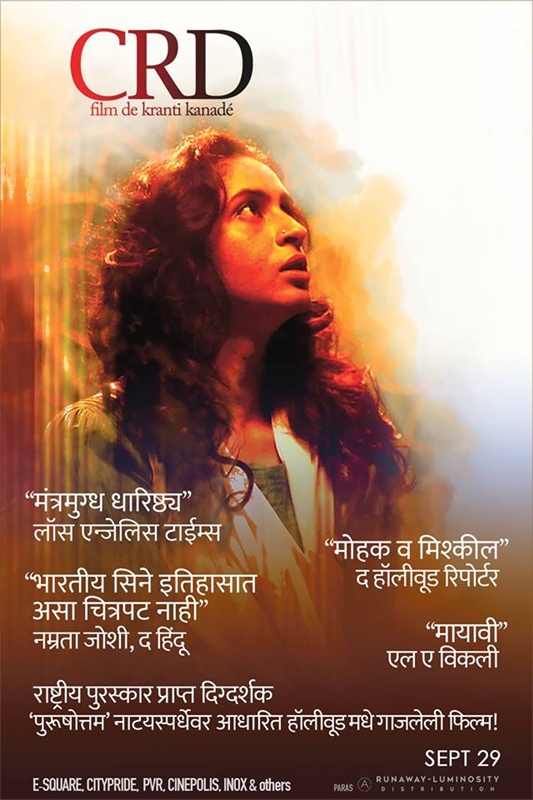