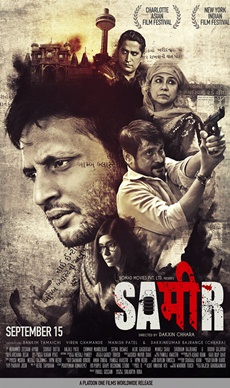 It is not easy to make an overt political statement in our movies any more. Films about terror attacks are questioned for their nationalistic loyalty.

Whose side are you on? It's a question that makes a murky appearance every time a director condemns sectarian violence. It happened to Anurag Kashyap in "Black Friday" and Nandita Das in "Firaaq", to give two notable examples. "Sameer" comes close to neither.

In "Sameer", first-time director Dakxin Chhara plays it relatively safe. While addressing the communal issue in Gujarat, he masterminds a blast at a distance in Hyderabad. A calamity that triggers off a macabre chain of events that are so outlandish at times that they actually ring true. At other times, the narrative just meanders crazily.

The writer-director's main source of inspiration is not so much terror attacks in and around India as the fiction of Robert Ludlum and Hollywood films such as Martin Scorcese's "The Departed", where the protagonist is used as a mole in relatively life-taking political situations.

As usual, the ever-dependable Mohammed Zeeshan Ayyub instils an exceptional amount of credibility to his part of a Muslim student who is picked by the ATS as a suspected terrorist and then subjected to the most horrific physical and emotional torture. Ayyub is every inch the persecuted Indian Muslim. His body language and the stricken look in his eyes haunt the plot in ways that the narrative is unable to handle. We feel his pain and humiliation with the same intensity as we did for Rajkummar Rao in Hansal Mehta's "Shahid".

Woefully, Ayyub's character plunges from the grievously credible to the outrageously unconvincing. The narrative puts him into relatively authentic situations and then drags him down with a series of thoroughly unconvincing twists and turns that leave his character looking unfinished and unconvincing. What could have been a potentially vivid portrayal of the isolated persecuted Indian Muslim remains at best a half-baked characterization.

Half-baked, brings us to the character of the bakery owner Shahid (Chinmay Mandlekar) in Ahmedabad. He is seen to be a victim of a horrific conspiracy to provide statistical succour to a numbers-driven government. By the time the truth about Shahid dawns on the script, it is too late to redeem his character or the fluctuating moral compass of a film that swings from anti-terrorism to anti-establishment, taking potshots on the way, at the highest authorities without substantiating the scriptural blows with ample credibility.

The film makes a better impact when it leans towards an emotional rather than a political statement. Seema Biswas as the bereft yet strong mother of a terror-accused owns every scene that she gets. And the under-used Anjali Patil (why are movie makers so impervious to obvious talent?) as a fearless investigative journalist tries to make sense of her under-written role. Tragically, even her character's idealism is obnoxiously compromised at the end.

A major chunk of the footage goes to Subrat Dutta as the ATS chief. Dutta scowls through the role and gets very little support from actors who play his associates including a politician with plenty of facial growth who seems to be the political mastermind.

Lamentably, a lot of footage is squandered in showing the slum kids acting out street plays and fooling around with an innocence that pre-empts corruption. The scenes of terror and carnage are borderline laughable. The script has the seeds of a terrific whodunit that gets lost in a maze of righteous convulsions. The drama of the "dread" comes across clumsily, amateurishly. We even hear some of the news readers on manufactured news channels speaking incorrect English as they read out grim reports on terror activities.

We all know news reporting is touched a new low. But not this low, please!

For all its glaring sins of excesses and hysteria "Sameer" dares to go into a political theme that spells trouble for the perpetrator. For this, the film needs to be commended.

When one after another serial bomb blasts shakes southern city of Hyderabad, a special ATS team lead by officer DESAI to track down suspect YASIN DARJI behind the blast. Once team reaches to the tip off location they arrests the accuse and take him to special branch in Ahmedabad of further investigation only to find out that they actually have got a wrong person and the guy they have arrested is SAMEER. Now this error needs to fix and the higher authorities instead of leaving him, scot-free decides to send him as mole and bargain his freedom.

Now SAMEER must act as mole in sync with ATS and find YASIN DARJI before he strikes again and kills many more innocent people. ATS also joins other hand also gets in touch with journalist and activist ALIA IRADE . From here the chase begins to Catch YASIN by SAMEER, DESAI and ALIA will they able to stop him and save innocent lives or again YASIN will be two steps ahead of them to take his final revenge from the state. 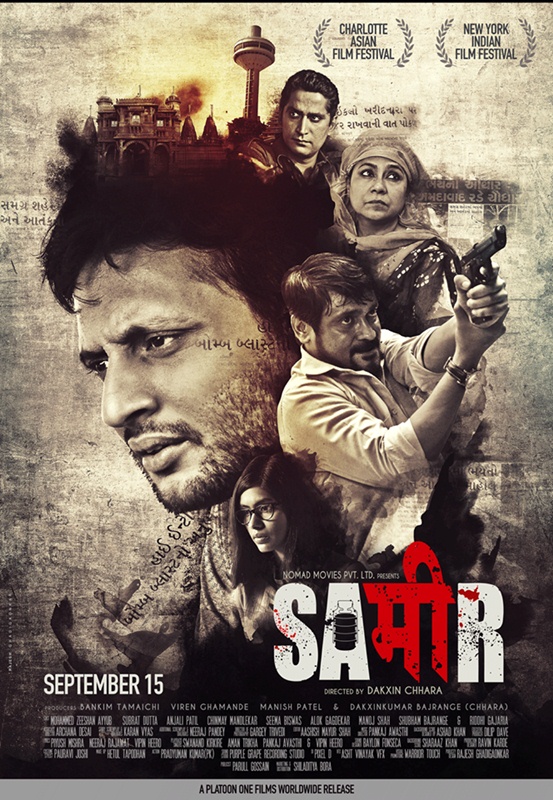 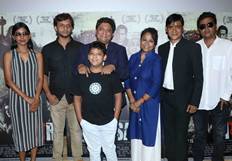