Loud Speaker is a Malayalam - movie directed by . Starring . 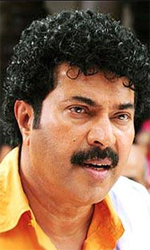 Director Jayaraj pairs with Mammootty after Johny Walker (1992) for a new project titled Loud speaker. The shooting has begun in Varikkassery mana at Ottapalam, a best scenic spot in Kerala.

The movie follows the traits of an innocent villager who always prefers to talk loudly. As he was not able to even pass on a secret without the next person hearing, he was nick named Mike Gopalan. Mammooty plays the character Mike Gopalan in this movie which is considered to be one of the important projects of the super star this year.

The story unfolds when Gopalan reaches the hustle and bustle of the city as a helper to a rich NRI, Menon. The city life is a whole new world for Gopalan who hails from a serene mountainous village. Soon Gopalan became the right hand man and an intimate friend of Menon who was in search of his ancestral roots in Kerala.

The Lagaan fame Gracy Sing is essaying a lead role against Mammooty. Others in the cast include Jagathy Sreekumar, Salim Kumar, Anoop Menon, Suraj Venjaramoodu, Janardhanan, K.P.A.C Lalitha, Kalpana, Sabitha Jayaraj and so on.

Produced under the banner of New Generation Cinema and distributed by Moser Bear, the shooting of the film is progressing at Thrissur & Ottapalam. The songs are directed by Biji Pal to the lyrics of Anil Panachooran. Cinematography is by Gunasekharan. The speciality of the movie is that Jayaraj would be using sync sound for the movie, a rare experiment in Malayalam Movies.