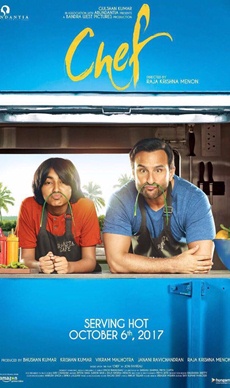 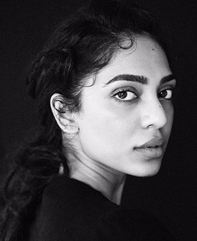 There is a lot of teasing between the father and son ,played with endearing casualness by Saif Ali Khan and Svar Kamble. Aptly , "Chef" teases our appetite for cinema. It's a culinary delight-warm tender, inviting and appetizing-- served up in a dainty dish with a dash of debonair but played-down posturing, like a masterchef who is shy to show off his skills but can't help it. He's so adept at what he does.

"Chef" conveys the kind of sagacious skill born not out of arrogance but wisdom sometimes misplaced.Like the protagonist Roshan Kalra's traditionalist father who believes the kitchen is for women.

Speaking of which -- arrogance more than wisdom -- Saif Ali Khan's Roshan Kalra(from Chandni Chowk Delhi married to and divorced from the lovely Malayali danseuse Radha Menon) is portrayed as an epitome of prideful arrogance waiting to fall.

The fall comes sooner than we expect. Director Menon wastes no time in taking on his protagonist's burnished ego and cutting it down to size, piece by piece.

Come to think of it, Roshan's downsizing needs no push. Saif Ali Khan's inbuilt nawabi pride and an urbane humour that often hurts others in ways that are more permanent than permissible,seize the character to make it so imminently relatable ,I felt someone had stolen parts of my life.Saif's Roshan says things to earn points as a clever conversationalist. Much like the prestigious Michelin star rating for food which determines quality to the point of rendering the pleasure of food into an exercize in technical grading.

And here's where director Menon and his co-writers Ritesh Shah and Suresh Nair score resoundingly over the original Jon Favreau film. Food, as a cultural binder, is a far more vital metaphor in India than in America. Instinctively, Menon understands the deep and indelible connection between food and family in our culture.

Much in the same way that music binds human relationships, food is great unifier .
The narrative teases the cooking and food into the human relationships without making culinary conceits a fetish in the plot. Food is vital but not in-your-face in Menon's Chef. This director understands the difference between appetites and feelings. He tightens the screw on his protagonist's arrogance whenever Roshan Kalra's failings become the food for his feelings.

This guy, played so intelligently and persuasively by Saif, doesn't know where to stop. Sometimes the banter between Saif's Roshan and those close to him, turns ugly. But that's life. The relationships that govern our existence are not always based on sweetness and positivity. The dark side is always there, lurking in the corners of life...lurking lightly and gently at the backdrop of Raja Krishna Menon's fourth feature film(he actually came into his own with his third "Airlift").

It is to Menon's credit that he keeps the proceeds airy and light on the top but allows us a peep into the darkness beneath just when we begin to savour the blitheness. The father-son relationship is paramount to the plot. It works with blessed vigour . Saif and the boy Svar Kamble look and feel for their parts.They are born to play a family.

Menon is not impatient to tell Roshan Kalra's story. The narrative's pace in unhurried but never dull. There is a lingering grace to the mise en scene. And I refer not just to the father-son scenes. Saif's longish sequence with his girlfriend(Sobhita Dhulipala) in New York after she takes over his chef's job in a restaurant where he altercates with a client, is written with so many subtextual interjections and prickly hurt-points polished down to injury-proofness, it's like walking a terrain mined with explosives.

I only wish the music and songs were better. If food is seen as the strongest cultural metaphor in Chef, music which has been described by a wise man as the food of love , gets a raw deal here. Also the climactic denouement(airport run, traffic snarl, breathless reunion) could have been avoided in a film that pretty much dodges all the signposts of smart-mart filmmaking to forge its own languorous grocery-store language of estrangement and reconciliation.

A major of the film's lingering charm emanates from the casting. Menon has cast so authentically it almost feels as though the actors were destined to play these parts.

Whether it's Saif's Punjabi chef or his screen wife, the very elegant Padmapriya's as his Malayali wife, or Chandan Roy Sanyal as Saif's faithful Bangladeshi pal, or Dinesh Prabhakar as the sodden cantankerous but ultimately goodhearted driver chosen to man Roshan's mobile bus-restaurant...they all exude the scent of supremely believability without making a song-and-dance of it(wish they could ,though, if only the music didn't let them down).

And yes, cinematographer Priya Seth gives us one more reason to celebrate life. Kerala has never looked more inviting. After watching Kerala play the lead in "Chef" (with due respect to Saif) I've decided to head there. Preferably with my child.

Roshan, who hails from a middle class Chandni Chowk family, is attracted towards cooking from the age of ten and aspires to learn cooking from the 'chole bhature wala chacha' in his neighbourhood and become a chef much to the chagrin of his father who wants him to become an engineer.

How after losing his job at a renowned restaurant in the US, Roshan returns to Cochin to meet his son Armaan (Svar Kamble) who lives with his ex-wife Radha (Padampriya Janakiraman) and realises his priorities and centres his career as a chef around them, is actually the rasion d'etre of the film.

The film dives straight into his present life as a chef in the US and merely skims through his early life, including his failed marriage and divorce, without really delving too much into it. While the first half has a wee bit of emotional drama, the second half is clearly a series of road trips showcasing his new found meaning in life as a chef and how he makes a success of it.

Director Raja Menon extracts natural performances from his actors and that perhaps is the strength of the film as the story is staid and the treatment simple. There is no element of drama or any interesting twists and the narrative flows on an even keel. Humour comes in the form of Saif's comic timing and some witty one liners.

Saif as Chef Roshan Kalra is endearing. He portrays the character in his inimitable style with his attitude and swag to boot. He tries earnestly to look and behave like a chef when in the kitchen. Save some attempts at chopping, or perhaps frying, one does not really get a peek into his cooking skills. His relationship with his son Armaan aka Ari is easily one of the highlights of the film.

Swar Kamble as the young Armaan is confident and essays his character realistically. Padampriya as Radha Menon, his ex-wife, is every inch the independent working professional who has put her past behind her and is yet a friend and well-wisher of her husband.

Milind Soman as Biju, Radha's friend and anchor is competent, while Chandan Roy Sanyal as Nazrul, a junior Chef and devoted to his "guru" Chef Roshan has nothing much to offer, but is sincere.

The music by Raghu Dixit and Amaal Malik is melodious and meshes well with the narrative. "Tere Mere" by Armaan Malik is particularly pleasant.

Cinematographer Priya Seth captures all the places through her lens with utmost candour and sincerity, especially Cochin.

Overall, Chef is a feel-good film about the importance of relationships and the message comes across smoothly albeit garbed in a long-drawn plot.

Raja Krishna Menon keen to work with Ranbir, but hasn't signed him

Film director Raja Krishna Menon finds Ranbir Kapoor to be an "interesting actor", but says he hasn't signed him or anyone yet for his next thriller drama.Read More

"I don't cast stars, I cast actors," says "Airlift" fame director Raja Krishna Menon, who has worked with big names like Naseeruddin Shah, Akshay Kumar and Saif Ali Khan. He feels a director and an actor need to have a "naked relationship" to give life to a character on screen.Read More

The film is a unique tale of a journey that Roshan Kalra (played by Saif Ali Khan) undertakes to find out his true priorities and source of happiness. It's a story of food and love and family and togetherness. And that of a father's rediscovery of the bond with his son 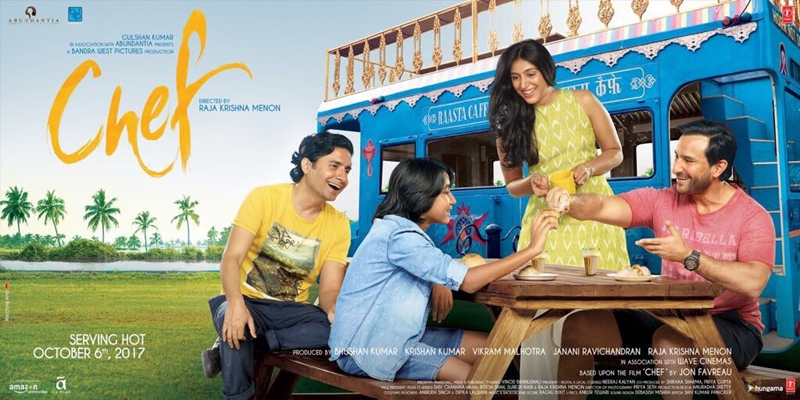 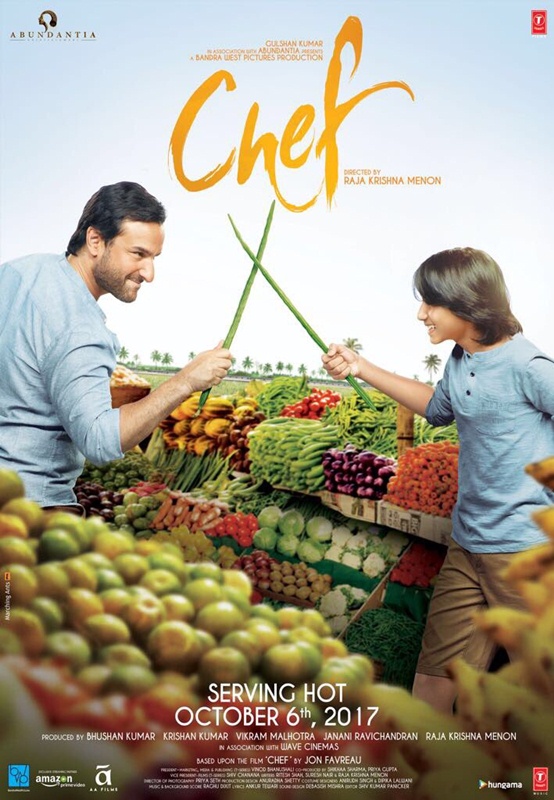 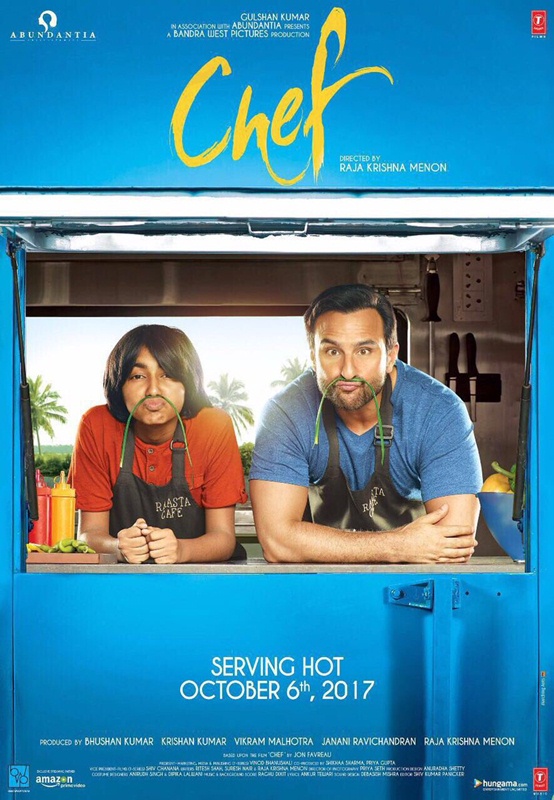