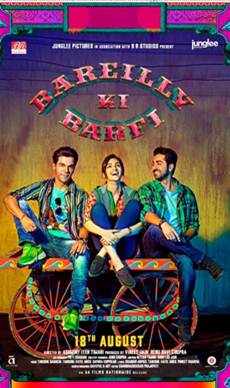 "Bareilly ki Barfi" is a sweet and delectable romance which begins on a predictable and somewhat placid note, but takes on an interesting hue owing to the sudden twist the tale embarks upon and turning into a love triangle.

Bitti Mishra (Kriti) is the only child of her parents Narottam Mishra (Pankaj) and Sushila Mishra (Seema). The apple of her father's eye, she is the quintessential tomboy, who works in the electricity department, smokes, drinks, does break dance, stays out late and watches English films all of which her mother disapproves of.

Being rejected by boys who come to see her for marriage, becomes her pet peeve as that causes her mother anguish. Dejected, Bitti sets out to leave home.

By happenstance, she picks up a book, 'Bareilly ki Barfi', from the book stall at the station, which changes her life. She returns home and begins her search for the author, Pritam Vidrohi, as she feels the protagonist in his novel is her carbon copy and he is thus someone who would understand her.

How she uses Chirag Dubey (Ayushmann Khurrana), the publisher of the book, in her quest, forms the crux of this two hour film.

The characters and their lives are introduced to the audience through a narrative by Javed Akhtar in the beginning of the film. The characters are well-etched and developed thoughtfully with consistency.

Nitesh Tiwari's sharp writing laced with humour encapsulates the simplicity and warmth of a small town, which is evident in each scene through his characters.

Director Ashwini Iyer Tiwari keeps the characters and their milieu real. It is the ace writing coupled with the strong performances that elevate the viewing experience further.

Rajkumar as Pritam Vidrohi is spectacular as he is every inch the small town, timid, boy who leads a basic life. He slips into the aggressive gunda avatar with equal ease and aplomb, altering his body language and mannerisms perfectly. He steals the thunder from every other actor in the film and is immensely endearing.

Ayushmann delivers with sincerity and the metamorphosis of a heart-broken boy to a boy madly in love and finally a guy who has lost his love is palpable and praiseworthy. Yet, he pales in comparison to Rajkummar.

Kriti portrays Bitti with confidence and honesty. She is charming and holds her own although she is pitted against two good male actors.

Seema Pahwa as the gregarious mother, desperate to get Bitti married, if only to comply with societal norms, is a treat to watch. Pankaj Tripathi, renders an equally stellar performance as her subservient husband, who supports his daughter, but maintains a silence to keep the peace in the house prevailing, venting out his feelings to the ceiling fan at night.

Rohit Chaudhary who plays Munna, Chirag's devoted lackey is a competent actor as well and shines.

The film is well-mounted and is true to its setting. The music is melodious and "Sweety tera drama" is well-picturised and energetic.

The screenplay and dialogues are what take this film to another level. Else, the basic tale is fairly ordinary and cliched. The actors do justice and deliver, mouthing the well-written lines with conviction and panache, enhancing their characters all the way.

Overall, "Barielly ki Barfi" is a tasty sweet treat to rev up your weekend.

Early in the plot, we are told that the film's heroine Bitti is no Sati Savitri. Thank God for smalltown mercies! In fact she adheres to another kind of stereotyping that Hindi cinema has lately embraced. You know, the smalltown girl who is hip and happy, sassy and sexy, rides two-wheelers and smokes whenever she can get her hands on a cancer stick, and when a prospective groom asks her if she is a virgin, Bitti retorts, "No, I am not. Are you?"

Bitti is from the same feisty school of small-town rebellion as Kareena Kapoor in "Jab We Met", Kangana Ranaut in "Tanu Weds Manu" and Alia Bhatt in "Badrinath Ki Dulhaniya". In fact what Bitti thinks to be streaks of rebellion (breakdancing, watching 'angrezi' films, etc etc) is nothing but a sign of decadent feminism.

And director Ashwiny Iyer Tiwari knows it.She lets Bittu fly free. Even if it's just a flight of limited coverage, it is still worth that soar towards the sky.

Before "Bareilly Ki Barfi" ends, Bittu, played with endearing vivacity by Kriti Sanon, must choose her life partner. It's a toss-up between Chirag, the nakedly selfish foxy suitor who can't bring himself to say those three magical words to Bittu (no, not "What the fuck") in spite of his overweening brashness, and Pritam Vidrohi, the timid kind compassionate loser who sells sarees to bored housewives and lives his life on the crushed dreams of his existence like a daredevil walking on glass.

That Chirag and Pritam are played by Ayushmann Khurrana and Rajkummar Rao is an exceptionally happy circumstance for the film. Akin to Farooq Sheikh and Naseruddin Shah playing Deepti Naval's suitors in "Katha". A seemingly routine romantic triangle which has its antecedents in Sai Paranjpye's "Katha" and Basu Chatterjee's "Chit Chor" and even the Sanjay Dutt-Salman Khan-Madhuri Dixit potboiler "Saajan", is transformed into a magical journey into small town whims and habits and romantic quirks in the bylanes of Bareilly.

Tiwari, who earlier directed that endearing film on female literacy "Nil Battey Sannata" carves a charming tale of a fey self-declared wild child and her two suitors. It is a film strewn with splendid moments framed in vistas of unrehearsed bustle by cinematographer Gavemic U Ary who shoots the characters, major or minor with equipoise and empathy.

Iyer's storytelling is simple and brimming with uncluttered emotions. She doesn't try to impress us with her knowledge of human feelings and failings. Instead she allows the three main characters to lay down their own feelings which they put down piece by piece exposing more of their personality than they would want us to know.

The writing and the dialogues sparkle with warmth and sunshine. Though the narrative pace slackens considerably after a point, we never lose interest in this oft-told tale that acquires an all new vigour through the terrific dialogues and performances.

While Rajkumar Rao's double-identity heroics bring the house down, Ayushmann has the tougher role as he emerges a slimy opportunist most of the time until he undergoes an abrupt and unconvincing "hriday parivartan". Kriti is spunky and in-character even in the scenes where she is not the centre of attraction. And Pankaj Tiwary and Seema Pahwa are absolutely delightful as her parents.

There is a sequence where Tripathy, a diehard supporter of his daughter's dumbed-down rebel act, laments that parents spend half their lives craving to see their daughters get married and then dread their going away. The sequence threatens to grow emotional. But is quickly taken off the tearful radar.

That is the spirit in which this film moves. The director allows us to invest our feelings into the characters without demanding an emotional attachment from us.

Yes, there are potholes in the romantic journey. But at the end, you will come away with a smile as Bitti walks into the sunset (in a manner of speaking) with...

Ah now that is the question. 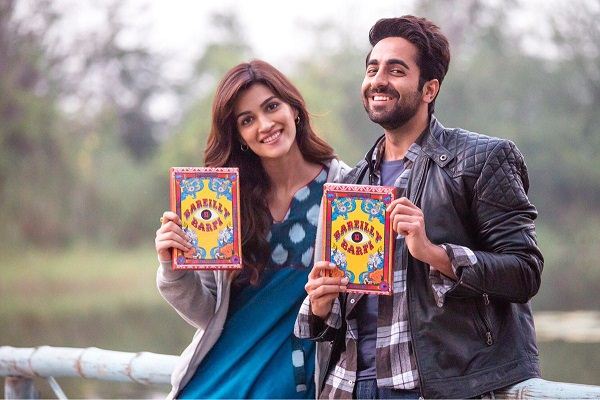 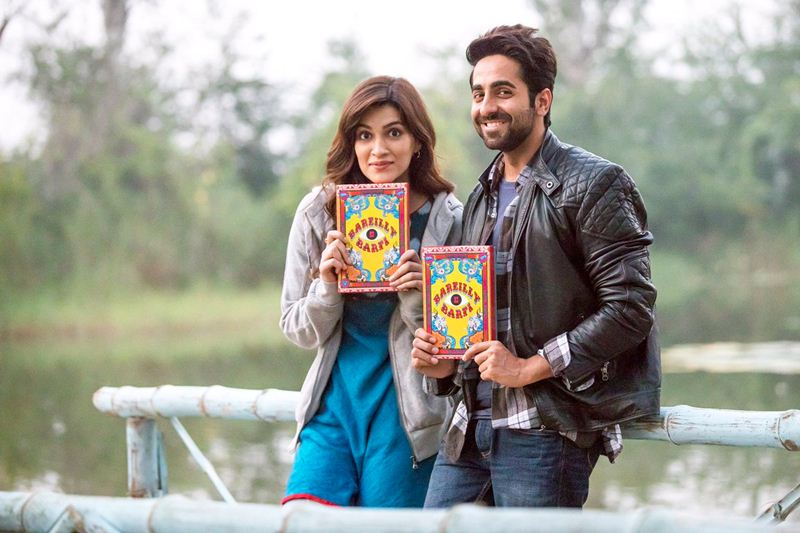 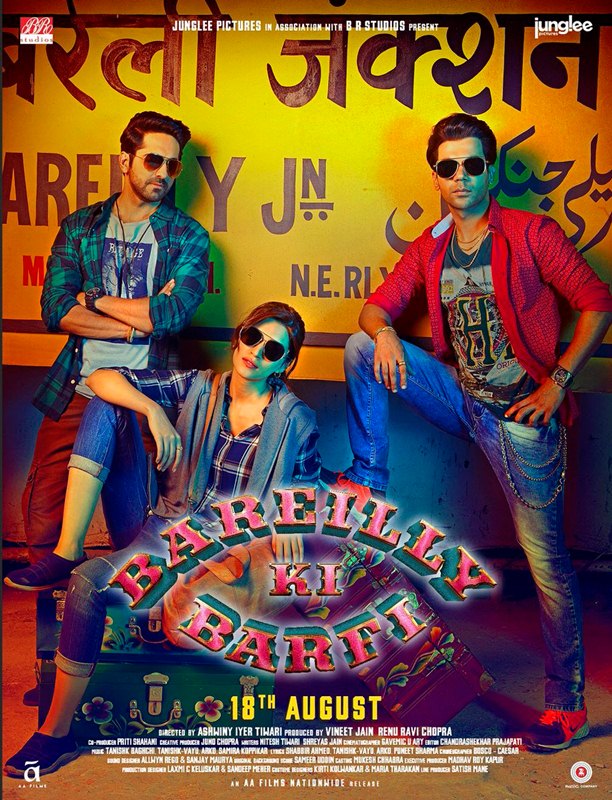 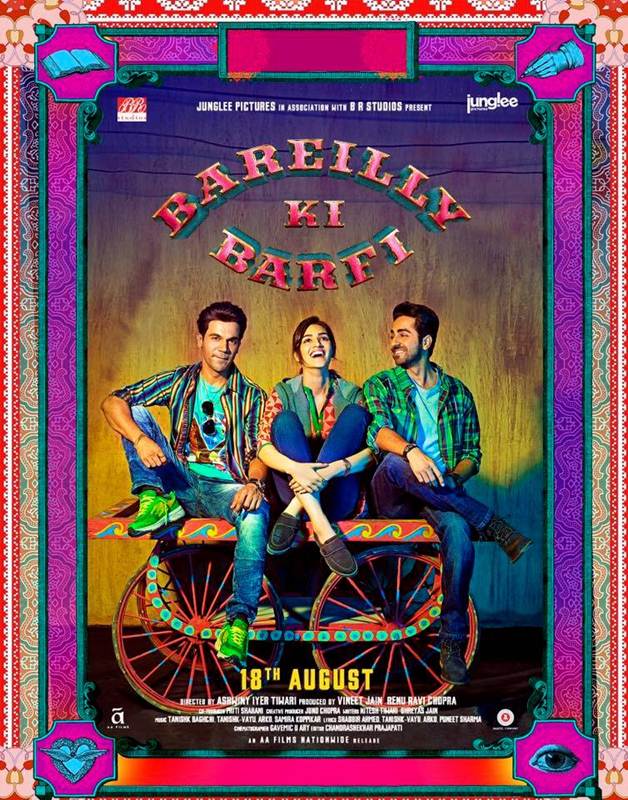 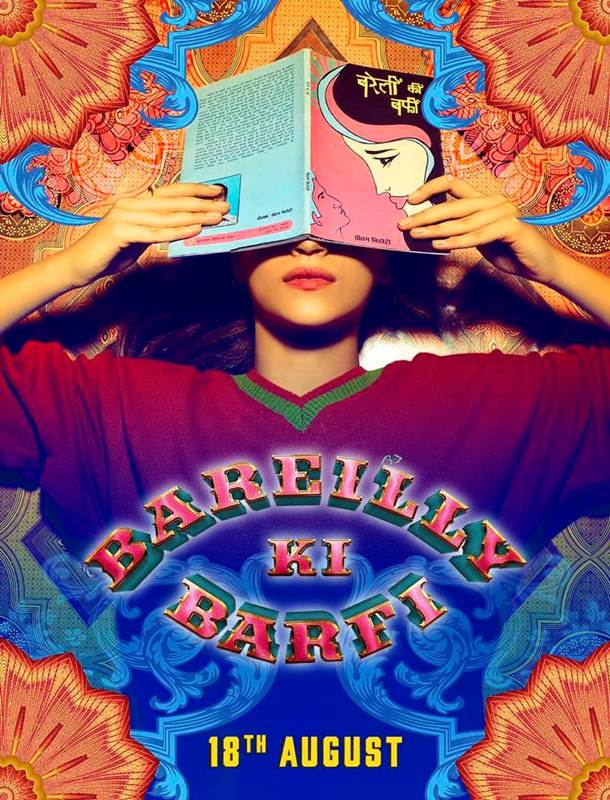