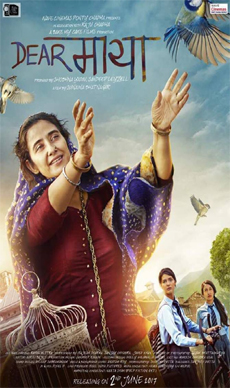 While the promos and the title suggest that the film "Dear Maya" is about a prank letter to an old melancholic spinster and how it changes her life, the film in reality is a BFF (Best Friends Forever) bonding film.

Anna and Ira are two friends, bubbling with energy. They live in Shimla and study in Loreto Convent. One day, while returning from school, they notice Mayadevi, a recluse who lives with her two dogs and a help in a large well-protected villa, peeping through her window. The duo decide to play a joke on her.

The repercussion of the prank propels the narrative forward.

The plot, except for a few inconsistencies, unfolds like a novel written by an over-enthusiastic teenybopper. The script is dramatically pretentious at times and goes overboard with its excesses. This is evident in the mise-en-scene, especially in the telephonic scene between the two friends. The constant banging of the door in the background which is jarring and unwarranted.

While the birds in the cages and pet dogs bound by chains add to the metaphors depicting Mayadevi's life, her crafting of the hand-made dolls aimlessly, offers no explanation to Mayadevi's personality or motive.

But what is remarkable about the film is the transition in the tone of the narration. The narrative shifts from bright chirpy scenes to slow melancholic scenes with dark brooding frames and back to bright sunshine acts, with natural ease. These scenes are often peppered with life's lessons.

The cast slips into the skin of their characters with natural ease. They evoke the right emotions passionately which make you simultaneously like them or get irritated with them.

Manisha Koirala essays the role of the eponymous character to perfection. Her gait, speech and underplayed histrionics induce you to accept her as the loner in search of true love. The silences in her performance and vulnerability in her eyes are used by her to effectively convey her anguish and loneliness.

Madiha Imam as Anna and Shreya Chaudhary as Ira, are lithe and natural. They play the effervescent and enthusiastic teenagers with ease. And the transition in their personality from the beginning to six years later is distinct and relatable.

The characters Neil and Rahul, deserve a special mention for their brilliant and convincing performances too.

Iravati Harshe as Anna's mother, in a one-dimensional role, is under-utilised but effective. The character playing Anna's dad is reduce to a caricature.

The piano is effectively used for the background score as its notes evoke the right mood. Anupam Roy's music and the song with the lyrics, "kehne ko dil nahina" seamlessly mesh into the narrative.

The visuals are beautifully and dexterously captured by Cinematographer Sayak Bhattacharya's lens. These frames along with the sound, designed by Manik Batra and his team are shrewdly and skilfully layered by Aarti Bajaj's editing.

Overall, "Dear Maya", despite its follies, touches a raw nerve and makes you embrace the film wholeheartedly.

Actress Manisha Koirala, who has been appointed as the goodwill ambassador of Bagmati clean-up mega campaign, says she is "excited and committed" to be a part of this intiative. Read More

14 year old Anna and Ira are best friends living in the sleepy town of Shimla. An old abandoned Bungalow near their house intrigues them. Legend has it that a woman Maya Devi who lived in the bungalow hadn’t stepped out for 20 years. When she had been a marriageable age, no man (there had been many suitors) had agreed to marry her and that had made her bitter, angry and retreat from the world.

Anna and Ira decide to write fake love letters to Maya Devi, pretending to be one of the suitors she met 20 years ago who was still in love with her. Maya Devi is transformed by the letters and decides to sell everything and move to Delhi to meet her suitor. Anna is horrified and wants to go to Maya Devi and confess, but Ira refuses. Anna and Ira have a huge fight, and Anna decides to confess by herself but ultimately chickens out. Maya Devi leaves for Delhi and Anna’s overwhelmed with guilt. She confesses to her parents who decide to send Anna away to boarding school, away from Ira who Anna refuses to speak to again. 7 years later Anna is now a 21-year-old college student in Delhi. Her past actions still haunt her and she is still looking for Maya Devi. Ira forcefully joins Anna in this search, even though Anna and Ira are no longer on good terms. The girls decide to go look for her in Delhi one last time. What they discover completely blows their mind. 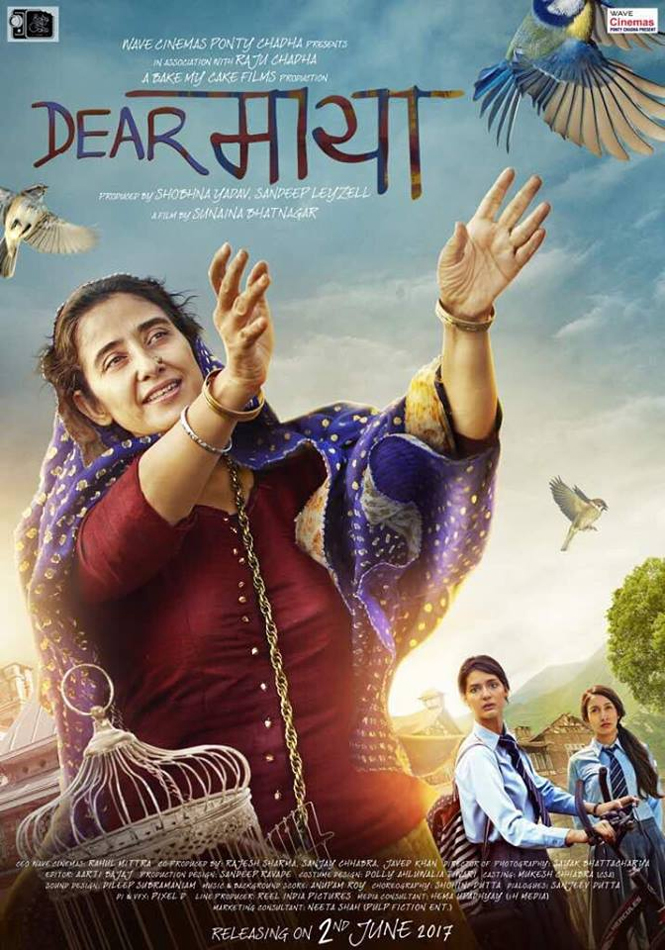 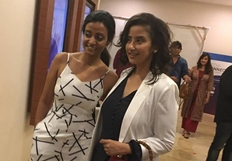