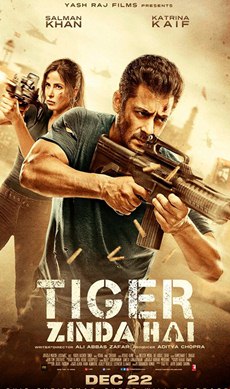 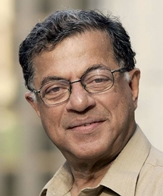 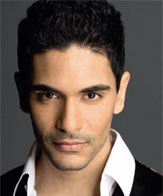 "Tiger Zinda Hai" is the sequel to the 2012 released, Kabir Khan directed, "Ek Tha Tiger". Designed purely for Salman Khan fans, "Tiger Zinda Hai" is elegantly and stylishly made by writer director Ali Abbas Zafar. It is nothing short of an effervescent cocktail of spy thrillers, except that the fizz is mild and evaporating.

The tale takes off eight years from where it left in the last edition, sometime in 1993 just after the Gulf War.

RAW agent Tiger is now married to his Pakistani girlfriend Zoya who is an ISI agent. He has a 7 year old son, whom he fondly calls Junior. He lives a domesticated life in the wilderness of the snowclad mountains of the Austrian Alps, where he literally fights wolves who try to prey on him and his son.

In faraway Ikrit a small town in Iraq close to the Turkish border, the Islamic fundamentalists have taken over the place. They behead a journalist and are holding a few Americans as hostages. Amidst this chaos, the lives of twenty five Indian and fifteen Pakistani nurses working in a hospital there, are in peril.

Under such strained conditions, Shenoy, the head of RAW, can think of only one person who could rescue the nurses. He is Tiger. Shenoy and his assistant Karan track Tiger and cajole him to serve the country with, "Desh ki izzat ki baat hai, baaki, you know better"

It goes without saying, Tiger puts up a team and with patriotic fervour he lands up in Ikrit where he does the needful. We understood what Salman did and why he did it, but the rescue drama definitely seems contrived, to befit his star status. Needless to say, Zoya along with her ISI team, joins him in this mission too.

While the hostages are in a desperate condition, their rescuers and those holding them are too busy with sermonising about India-Pakistan brotherhood and the need to fight and by the end, the film loses its credibility.

The phrase, "Abhi Tiger zinda hai," is oft repeated to give the audience an assurance that more impactful action is in store for them. And lo and behold, the blasts, gunshots and chase scenes truly hold your attention.

On the performance front, Salman Khan tries his best to be charismatic and succeeds momentarily. His action scenes seem laboured. On the other hand Katrina Kaif seems to have been resurrected. While her onscreen chemistry with Salman is passable, she excels in her action sequences. In fact she holds your attention with her quick moves and agility, especially when she is fencing.

It is Sajjad Delfrooz as the fundamentalist Abu Usman who is arresting and intriguing, but this being a star-focussed film, he is short-changed.

Accompanying Tiger are Angad Bedi as Namit Khanna the bomb defusing expert, Paresh Pahuja as the sniper Azam and Kumud Mishra as the tech expert Rakesh. They are impressive and have their moments of onscreen glory.

Paresh Rawal as Theuban who is also known as Firdaus is his usual self. As the slimy Indian labour agent in Ikrit, he is expressive but does not make an impact.

Visually the film is exorbitant. The frames are extravagant and aesthetically well-mounted. The final song with the lyrics "Swag se karenge sabka swagat" is frolicsome, but it dissipates the seriousness of the tale, making the entire film seem just like another frivolous masala film.

When did this Tiger ever stop roaring? Well...okay, "Tubelight" didn't quite work . Salmaniacs didn't want to watch him as a whimpy whiny crybaby hero. The message is hammered loud and clear in "Tiger Zinda Hai"(TZH), a homage to Salman Khan's indomitable powers of hero-giri. From the first frame to the last blast, this is a fanboy director making sure that every moment of the narrative is paisa vasool for the Salman fans.

"Tiger Zinda Hai" is a 2 ½ hour homage to Salman Khan's superstardom. In the cinema of the Southern superstars like Rajinikanth or even Mammoothy(see his latest release Masterpiece where in almost every frame the star is eulogized)it is common practice to extol the virtues of the Man Of the moment, to the extent that the other members of the cast appear to be afterthoughts.

Almost every supporting actor in TZH- and that includes the diligent Katrina Kaif -is an extension of Salman Khan's superstardom, his or existence defined by how much he or she hero-wosrhips our intelligence officer Avinash Singh Rathod a.k.a Tiger. The lengthy eulogy gets tedious only when the actors pause to tell us what a daunting one-man army our hero is.

And since that happens quite often, we are frequently asked to hold our horses, while the compliments flow and the speed breakers are served up. Once those are out of the way TZH is a lot of fun to watch. The sheer silliness of a one-man army mowing a mayhem across terrorism, at a time when heroes in cinema across the world are exposing their vulnerability more than their virility(see the haunting Call Me By Your Name to know what I mean) is laughable.

So is the attempt to infuse a political urgency to an endeavour that is clearly on a one-point mission: no, not save the tiger, but celebrate the hero's macho-giri until it hurts. And I don't mean the muscles.

To his credit director packs in quite a punch. The narrative takes us through a collage of quirky, appealing locations where some really well-choreographed action scenes are shot with breathless zeal. Full marks to cinematographer Marcin Laskawiec and action director Tom Struthers, not to mention the pulse-pounding yet discreet background score by Julian Packiam , for uplifting the viewers' gaze to a level comparable with the Hollywood franchise.

A thought, though. Are we so short of international-calibre talent that we need to import important technicians to make our onscreen action look competitive and competent? And does Salman's stardom really need a boost? A no to the first question and a yes to the second. Salman's superstardom is like a pitcher of brackish brew whose bitter hue is best tasted when recycled with gusto.

TZH looks like many other anti-terror films including Baby and Naam Shabana.And if you really want to see a taut intensely-felt take on the same plot about the kidnapping of nurses in Iraq, try the Malayam film Take Off.

Admittedly the action sequences in TZH are better staged than in the first Tiger film. Except for the Iranian actor Sajjad Delfarooz who stands out as the terror mastermind, the splendid supporting cast is criminally wasted. It's sad to see actors like Girish Karnad, Paresh Rawal, Kumud Mishra and Angad Bedi hanging around only to make sure the leading man looks his Sunday best. Still these actors ferret out their moments from a script that allows no breathingspace for anything but comicbook vigour .

As for Katrina Kaif she remains as deadpan as ever. Thank God some things never change. But she's surprisingly effective in the action scenes , more so than she was in a similar role in Kabir Khan's "Phantom", or for matter in "Ek Tha Tiger".

As for her chemistry with Salman, his eyes melt like a icrecream cone left out in the sun, each time she's around. Will someone make an intense love story with the two?

Salman Khan's 'Bharat' to go on floors this weekend

Superstar Salman Khan's period drama 'Bharat' will go under the camera and lights this weekend with the sequence of a circus. The team will begin shooting on an elaborate set erected in Mumbai's Filmistan Studio, which will go on till August, after which the crew will move to Malta and Abu Dhabi.Director Ali Abbas Zafar, who has been planning the shoot for months, said, "The idea is to create an Indian-Russian circus- like Raj Kapoor's Mera Naam Joker. Performers from all over the world are flying down for the circus tricks, which will be a mix of trapeze hoops and rope stunts."Read More

Actress Disha Patani will be seen in the upcoming Salman Khan-starrer "Bharat" that is slated for an Eid release in 2019.The film's director Ali Abbas Zafar made the announcement on Thursday on Twitter. He shared a photograph of Disha, welcoming her on board."Welcome Dish Patani to the journey of 'Bharat'. Salman Khan, Priyanka Chopra," Zafar captioned the image.This will be Zafar's third outing with Salman, with whom he has worked in blockbusters "Sultan" and "Tiger Zinda Hai". Read More 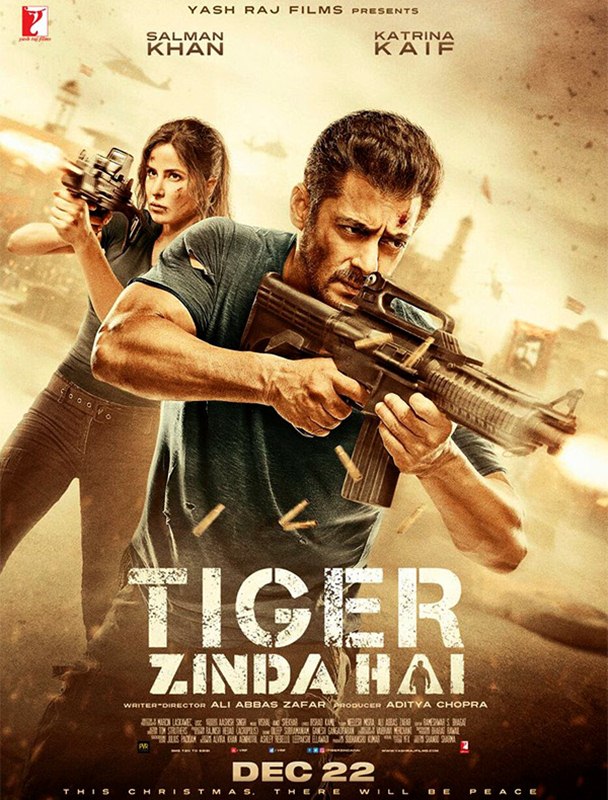 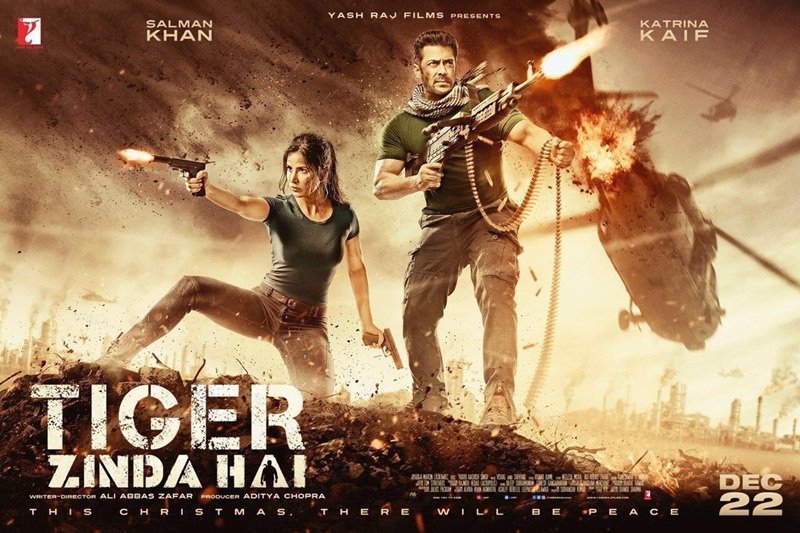 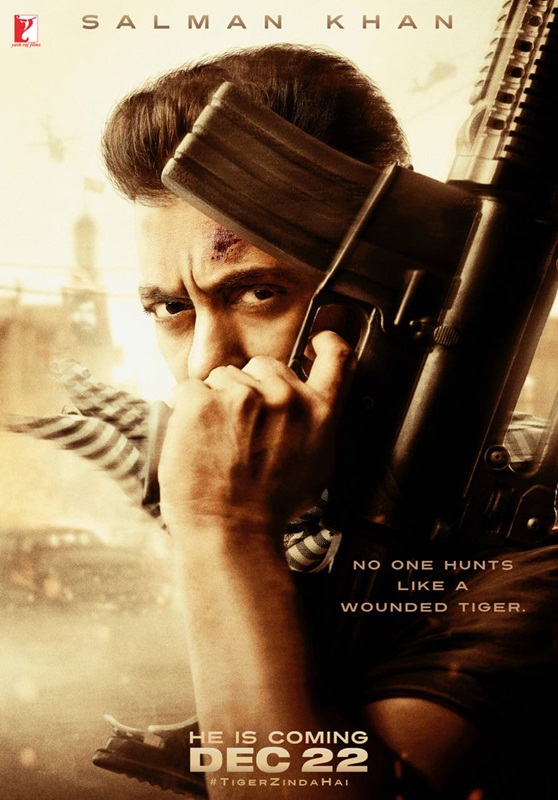