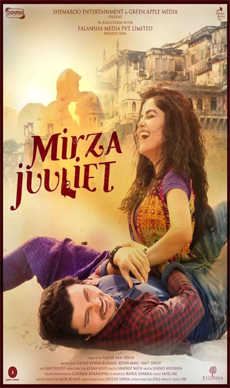 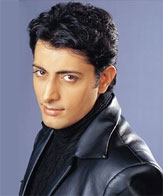 More than midway into the turbulent take on the destiny of star-crossed lovers on the run, the Uttar Pradesh ki Juliet aka Julie, who has been raped by her sexed-up fiance, is told by her father-like elder brother to calm down.

"I shouldn't be saying this. But my sister, you are so pretty. Any man would get carried away," giggles big brother Priyanshu Chatterjee anxiously, unwilling to break an alliance that means huge political gains for him and his family.

This is normal procedure in a section of the Cow Belt. Make the daughter a sacrificial cow for your personal gains. And when she shows more spirit than that bottle on the table, kill her. Family honour, you know.

This is one of the more disturbing moments in film that's plotted like a wildly cascading stream toppling and tumbling across a craggy path before crashing to a halt in a state of exhausted exaltation.

"Mirza Juuliet" is a love saga on constant heat. Its protagonists are not afraid to discuss sex. And it's refreshing to see the heroine (Pia Bajpai), a sexed-up version of Parineeti Chopra in Habib Faisal's "Ishaqzaade", bluntly asking her renegade Romeo(Darshan Kumaar, gentle yet persuasive) if he has ever had sex.

It's also refreshing to see a Hindu-Muslim love story where the lovers' religious identity is never really an issue. Their social status is.

The sexual bluntness of the film is a major asset. It gives to the otherwise-modest narration a voluptuous fulsome look.

"Mirza Juuliet" is like a Land Rover ploughing through a muddy bumpy road in pursuit of a dragon that needs to be slain before it turns around to devour the film's energetic overtures indicating minds that want to leap higher than conventional love stories, but are not always able to negotiate that chasm that separates will from target.

Director Rajesh Ram Singh has done an original, sometimes vigorous, otherwise limp and sagging, take on the Romeo-Juliet/Mirza-Sahibaan sagas. He mixes and matches the two love legends with wild creative aspirations. Sometimes, the blend of the familiar and the unexplored is glaring in its mismatch. The film's ever-horny villain-clown played with over-the-top gusto by Chandan Roy Sanyal, never knows when to be the jester and when the rapist.

Darshan, memorable as Mary Kom's compassionate husband and the honour-killer brother in "NH10", brings a quiet strength to the role of the troubled Muslim youth who is tired of being used as a political pawn. Pia Bajpai is all over the place. She is brash and bawdy. Not the kind of girl you would want to invite to your daughter's wedding.

The line between bacchanalia and crime are blissfully blurred in the Indian heartland. Goons go on a shooting rampage laughing their heads off and blowing each other's brains off as though Quentin Tarantino and Anurag Kashyap had just signed a deal to promote tourism during times of heartland crime. One of the heroine's brothers gets his finger blown off at the start. That accident remains an ongoing joke for all the characters.

They don't watch much of Ekta Kapoor's serials for entertainment. The men plot and plan political perversity as ladies, in newly-purchased cotton saris in gaudy shades, hover around looking like mannequins in the flea market.

Nonetheless, the film is well-crafted. And it builds up to a thoughtful and thundering climax where Mirza and Juliet get their comeuppance. "Mirza Juuliet" is fun while it lasts. It has a certain celerity in its narration and the cocky confidence of the kind that Kapil Sharma displays when he speaks English although he is not fluent in the language.

The film is sharply written with characters who are real enough to look menacing and yet not quite the stuff the people in Avinash Das's "Anaarkali Of Aarah" were made of. A bedrock of artifice underlines the attempts to forge a compelling Mirza-Juliet fusion. But the film's characterisations and some of the performances are strong enough to withstand the lashes of fakery that make welters all over the narrative. Even the rustic songs are not interesting in any unique way.

The loud colours, the flamboyant storytelling and characters who have no respect for the law of the land have all been seen before. This film is still fun to watch. Give it a shot.

"Mirza Juuliet" is Romeo Juliet in a rustic avatar, as it is set in Uttar Pradesh. A feisty girl, Julie is the pampered youngest sister of three brothers -- Dhanraaj (Priyanshu Chatterjee), Bheem and Nakul and can get away with any kind of mischief.

Betrothed to Rajan Pandey (Chandan Roy Sanyal), the debauch and depraved son of a politician of Allahabad, she falls in love with her childhood friend Mirza (Darshan Kumaar), a boy with a dubious past. The trials and tribulations of the young lovers as they are pitted against a caste-conscious society, forms the crux of this film.

Darshan as Mirza, excels as he brings to life his character of an underdog, lover and dauntless individual. He emotes with conviction and fights with equal panache. There is a certain restraint in his demeanour which is praiseworthy.

Pia Bajpai as Julie, is crass and over-the-top in her initial spoilt-girl avatar, but mellows down in the second half and performs well. She is confident and uninhibited. They are ably supported by Chandan Roy Sanyal and Priyanshu Chatterjee, who essay their characters sincerely.

The plot is wafer-thin and predictable as it hinges on the usual love story, although the back story of Mirza is meant to round it off and make it look more complete. The characters, however, are reasonably well-etched.

While the film has the perfect setting and touches upon issues like a political scenario replete with religious polarisation, power-hungry politicians, corrupt police officials, a caste-driven society, family honour, a much-in-love couple, somewhere, the love story and the chemistry of the two lovers, fails to engage or involve you. You know all along you are watching a film.

While the first half establishes the characters of the film and keeps you sufficiently engrossed, the second half drags needlessly.

With an unnecessary emphasis on sex, so much so that Rajan Pandey refers to his beloved fiance Julie as "Sex-peare's Juliet", the film adds a raunchy flavour to the narrative, albeit a bit uncalled for.

The dialogues are crass, in keeping with the flavour of the characters. Nevertheless, they are peppered with humour.

The action scenes are well-executed and well-performed by Darshan. The production values of the film are moderate, befitting a small town film.

The music is nothing to write home about although it is boasts of the local flavour.

Overall, "Mirza Juuliet" is a decent attempt at recreating Rome and Juliet, sans the emotional quotient.

Actor Darshan Kumar, whose next release is "Mirza Juuliet", says he needed to speak to a psychologist to get into the mind of his character in the movie.Read More

Mirza Juuliet is an unconventional love story. It is a love story with a twist which is a fight between lust and love. There is love, lust, emotion, drama and action, all that you need in a film. Watch the trailer now Starring Pia Bajpai, Darshan Kumaar, Chandan Roy Sanyal. The film releases on 14 April 2017. 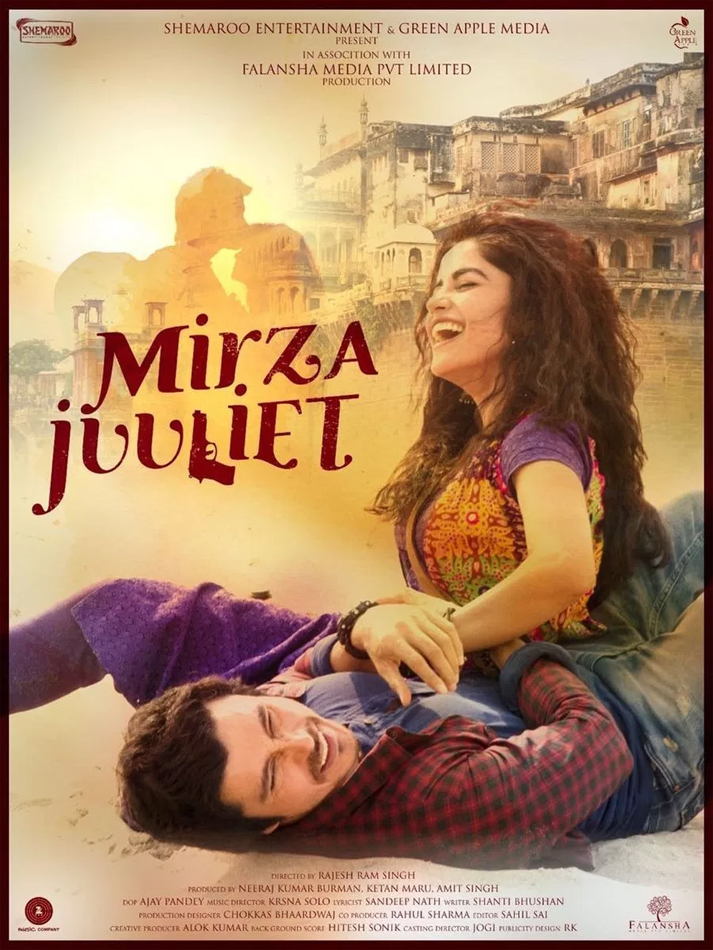