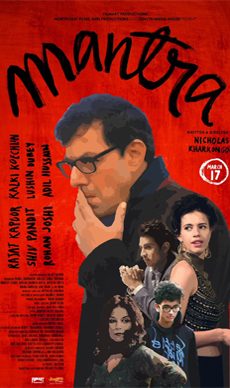 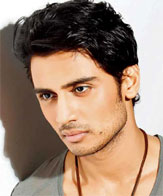 There is sequence in this intelligently and sensitively scripted, if somewhat choppily executed drama on the fall-out of foreign investment on the Indian economy during the 1990s, where a near-bankrupt entrepreneur Kapil Kapoor, KK to friends, played by the ever-empathetic Rajat Kapoor, abandons his chauffeur and car on a Delhi highway and hitches a ride with a truck driver.

"Saab, what do you do?" the trucker asks chattily.

"I make blue films," says the entrepreneur with a straight face.

"You mean people doing it in front of you?" the trucker (played with gusto by Shantanu Anam) is amused and incredulous.

"Yes, and sometimes I've to show them what to do," smirk-sighs the entrepreneur as only Rajat Kapoor knows how.

This is one of the many memorable chance encounters that the script instils into the belly of Delhi -- a city that orgasms on politics and wealth. Oh yes, Delhi is also known by some misguided types as the rape capital. Little surprise, then, that Kalki playing the derelict daughter of a well-to-do business family, gets nearly raped in a car (why so many rapes in moving vehicles, boss?? A city on the move????)

When Pia goes to the police station to report the assault, she realizes there's many a slip between the cup and the lip... or the cop and the rape.

Oddly, the cops, whom we don't see counter-questioning Pia, speak to her with disturbing equanimity.

"Mantra" is as much about a disintegrating business family in Delhi as it is about chance encounters that change your life forever. Hence, on that dark slippery night when Pia was nearly raped, she runs into a kind stranger who rescues her, sheaths her in warm concern and reaches her home safely. We don't see the stranger's face until later when Pia locates him in the interiors of Delhi.

Adil Hussain in the cameo as the kind man migrant from Jharkhand not only turns the image of the scummy outsider around, he also gives the most memorable performance that this little-big film has to offer.

Not all the anecdotal encounters work. The entrepreneur's youngest son's (Rohan Joshi) encounter with his cyber-love, the entrepreneur protagonists's disastrous boys' night out with his pals at a dhaba and his closing encounter with a doped-out foreigner left me underwhelmed, if not entirely unmoved.

Debutant Kharkongor is definitely a better writer than a director, which is not to say he doesn't nail the characters' vacuousness that lies beneath their double speak.

The drama, however, lacks consistency. The crackling tension between father Rajat Kapoor and sullen son Shiv Pandit during the mandatory family-dinner sequence, doesn't crackle enough, for no fault of the brilliant actors. And when the entrepreneur's wife (Lushin Dubey) screams she wants a divorce, I was reminded of Shefali Shah in Zoya Akhtar's "Dil Dhadakne Do", and not in a good way.

Rajat Kapoor pretty much merges into this diligently scripted parable on the industrial revolution at the advent of the 1990s. Kalki as his restless daughter doesn't have much space to let her character breathe. She makes the best of her cramped spaces and pulls out all stops in her one big confrontation sequence with her screen-day Rajat Kapoor where she accuses him of siring a third child to get over his guilt of mal-rearing his two other offsprings.

Here, the camera stands respectfully at a distance unmoving, capturing the polished vastness of the industrialist's bungalow as though an intruder in a very private moment. The layers of disaffectation that underline the currents and waves of anger and resentment among the characters is many times lost in translation. This interesting intriguing study of money and power and domestic politics is bogged down by its 'arthouse' budget. It had the potential of being the new-age "Kalyug", Shyam Benegal's 1970s' portrait of industrial subterfuge.

Alas, there is too much unfinished business in "Mantra".

Veteran filmmaker Govind Nihalani on Saturday said the era of the 1980s was about bringing a change and make it happen in reaction to mainstream cinema. During that period, people witnessed movies from his generation of filmmakers including Satyajit Ray and Mrinal Sen.Read More

It is an understatement that mainstream Hindi cinema is eating up the market for independent content, says actor-filmmaker Rajat Kapoor.Read More 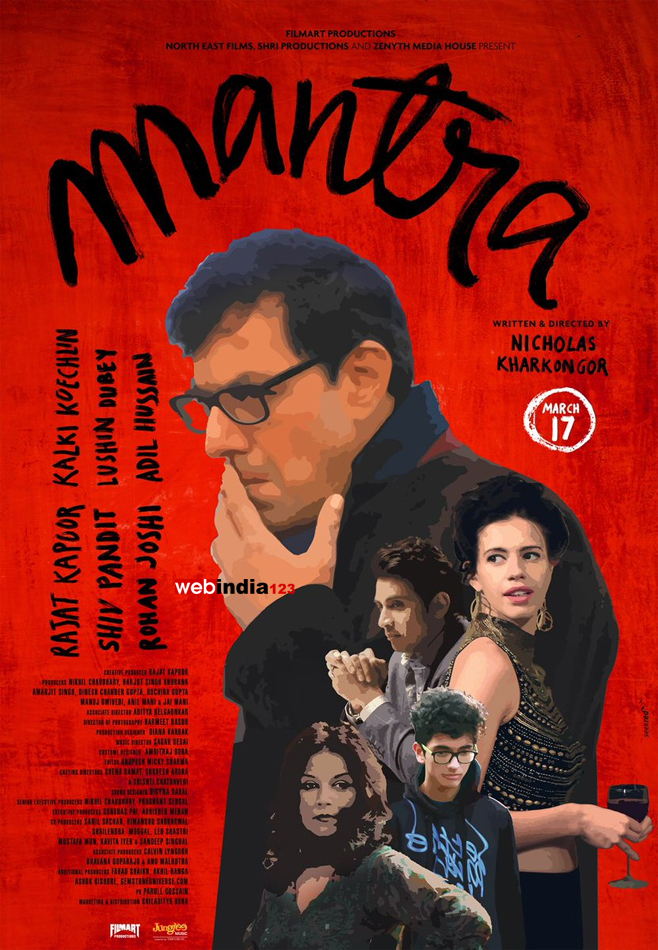