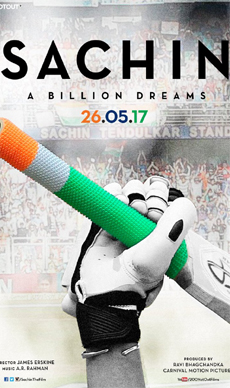 There is something about Sachin Tendulkar, something so correct and so innocent you want him to win in life even when you know he is no more the 'God' of the cricket field.

The rousing farewell speech that Sachin gives at the end of this astutely emotional journey into the heart and mind of India's most celebrated Bat Man, left me dewy-eyed. This, when I know zilch about cricket and practically nothing about Sachin's exploits on the field. What I do know "and what this film is able to tell us in comprehensive strokes of revelationa" is that greatness is not thrust on the great by chance.

One has to break bones and crack ribs to get there.

"Sachin: A Billion Dreams" is the story of a national hero who sails through every crisis with his simple philosophy of good existence and hard work. Sachin's life is blameless. He has never been in any controversy and he doesn't incite scandalous thoughts. This film could've easily been the opposite of what the Sanjay Dutt biography would be, given the man's colourful lifescape. Instead the director unfolds a treasury of memories and anecdotes in which the aroma of ambition is mingled with the flavour of yearnings.

Sachin Tendulkar's wife talks about how he would clam up after every defeat on the field. Does that make him a difficult man to live with? She doesn't say. Dissent is not an option that people close to Tendulkar would want to exercise. What I gathered after watching Tendulkar's tale being tossed into a cauldron of exploratory channels all leading to a glorious exposition on heroism,is that every great life has a very strong support system behind it.

The documentary, dotted with a smattering of fictionalisation from the protagonist's growing years, constructs an extremely strong case for the joint-family system. Sachin's closeness to his father and brother and the singleminded focus that his wife Anjali has in ensuring Sachin's ascendancy into cricketing stardom, are milestones in the cricketer's life that get a pride of place in the narrative.

This brings me to the other hero in Sachin: A Billion Dreams. The hero beyond the one whom the film celebrates, is the film's editor Deepa Bhatia who has done a stupendous job of assembling all the footage from old television interviews, Sachin's home videos (truly rare footage of the cricketing legend playing with his two little children) and his precious time with family and friends.

None of the raw material that serves as the backbone of the Tendulkar saga is randomly placed. Director James Erskine plunges deep into the cricketer's heart even while maintaining a certain distance from the cult of hero-worship that Indians subscribe to when it comes to film stars and cricketers. Sure, there is footage of crowds cheering and mobbing Tendulkar. But the man himself is shown to remain blissfully distanced from the adulation.

A simple man whose phenomenal achievements do not influence his behaviour on the field or in the family fold, Tendulkar comes across in the film as guileless and driven.

We get to see Sachin Tendulkar talk directly into the camera. Again it's not about how he throws words or pauses between them. It's about telling the world that his heart beats for cricket. Everything else, including family, must wait.

For telling it like it is, for giving the national hero a befitting cinematic homage and for opening up the vistas of dreams that every working class youngster lives and dies with, Sachin: A Billion Dreams deserves a standing ovation. For giving us a documentary that is neither dry nor pedantic nor over-eulogistic, the entire team of this film deserves a "We Love Sachin" sweat-shirt each.

Signed by the man.

Sachin Tendulkar in his much-loved film "Sachin: A Billion Dreams" said that every time he was under stress he would listen to Bappi Lahiri's song "Yaad aa raha hai". The singer says he's as much a fan of the cricket star.Read More 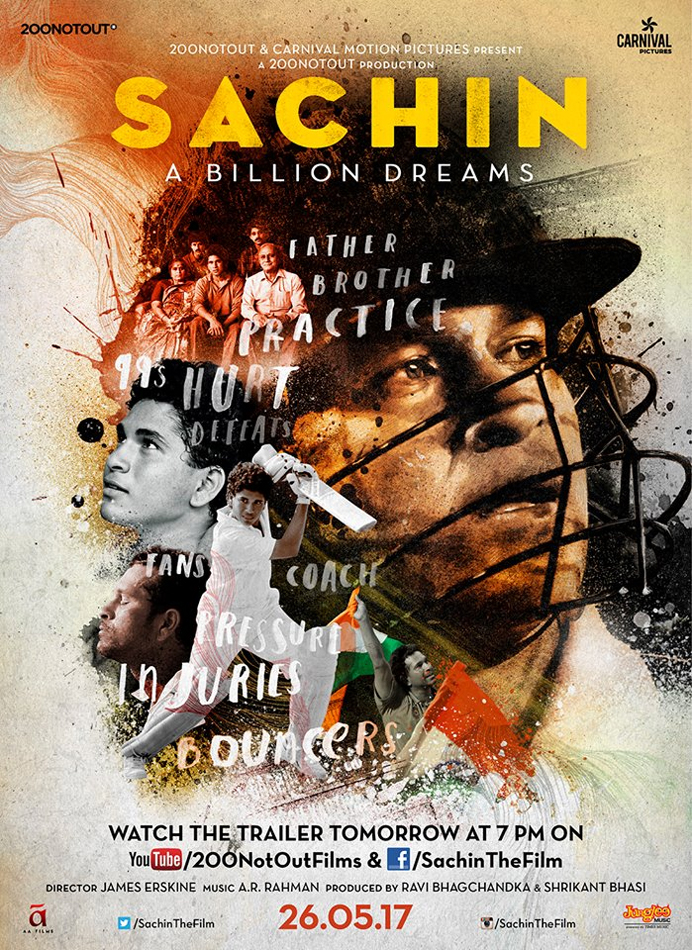 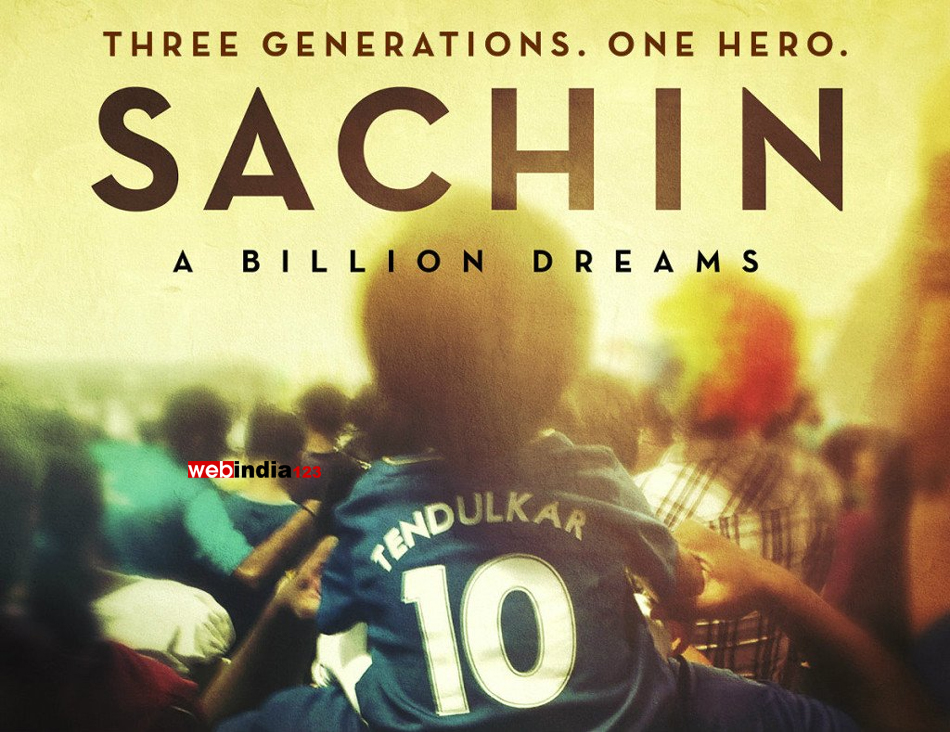 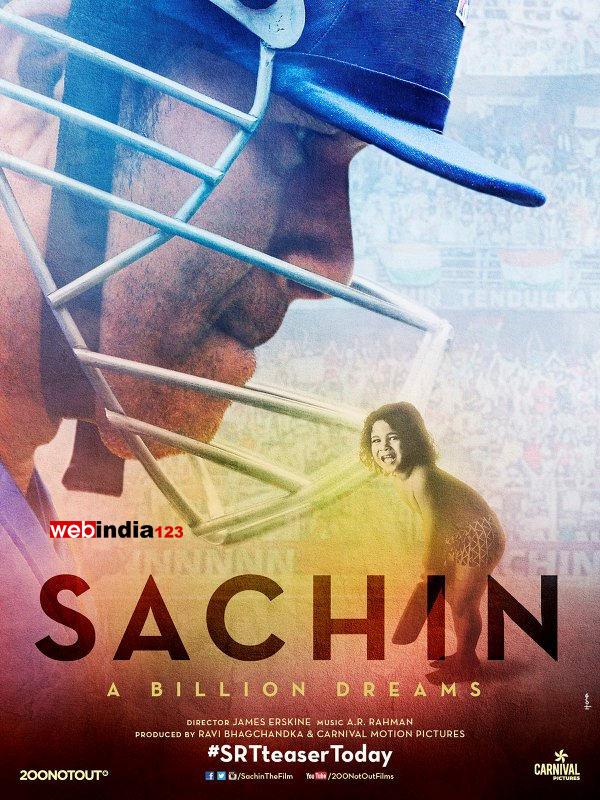 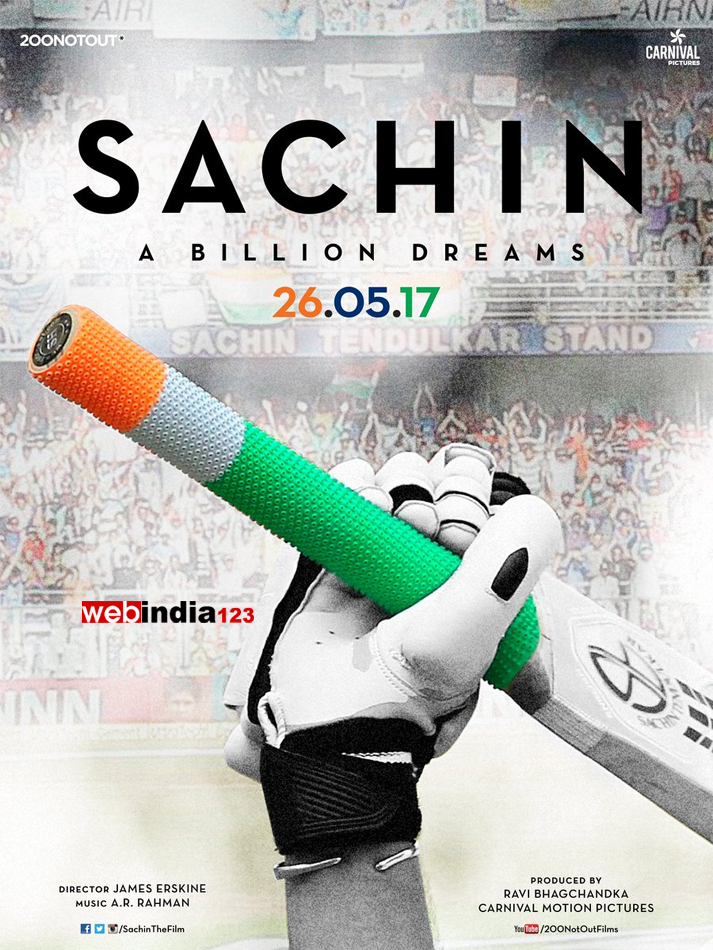