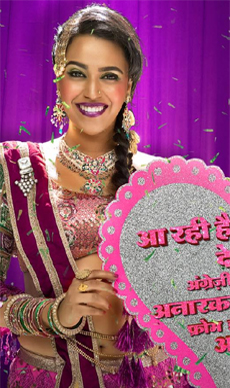 Nothing in this unexpected storm-trooper of a film has prepared you for its high-velocity energy and fervent statement on female sexuality. Without exaggeration "Anaarkali Of Aarah" (AOA) is the surprise of the season.
It is stunning in thought, spellbinding in plot and utterly gripping in the way the story of a small-town dancer-singer's adventures in lecher-land unfolds.

AOA is many things at the same time. It is a shimmering sun-soaked mirror of smalltown values wherein every sneeze or fart is noted and evaluated across the communities. And yet the story of Anaarkali (Swara Bhaskar, spectacular) is also the story of Everywoman urban or rural.

Lady, you may belong to Aarah or Arizonaa there will always be men who feel they've the birthright to own your body as and when they wish.

He jumps on stage to molest the dancer, as her performing partner (played with poignant panache by Pankaj Tripathi) watches in muted horror. All hell breaks loose thereafter. While the lechs of Aarah seethe in anti-climactic rage, Anaarkali gives them a long rope to hang themselves with.

In one sequence Swara strides looking crushed into the vice-ridden chancellor's den only to make him look ridiculous at the end of it. And at the end her dance of defiance and exposure is so volatile and so deliciously over-the-top I found myself jumping out of my seat to congratulate Swara.

No walkover, our Anaarkali she takes on the academic lout with such vigour and strength that you will find yourself cheering and clapping for this female hero of these times of sexual ambivalence when men in positions of power misuse their strength to subjugate women in workplaces.

This is a sublime film about the dignity of labour narrated with a raunchy rigour that is often appealing at times exasperating.

Swara Bhaskar hits all the right notes in the shrillest of scenes, bringing out the feisty Bihari woman's inner strength and an extremely appealing moral grounding even when confronted by the demons of her disreputable profession. There are scenes where Swara is required to push aside all her inhibitions, even her innate feminine grace to appear predatory in her aggression. To her credit Swara sidesteps sleaziness even when she is required to sing and shake her booty to lyrics that would make Yo Yo Honey Singh blush.

In this nimbly-written ode to feminine grace a cheesy dancer who probably moonlights as prostitute tells the predatory man where to get off. It kicks where it hurts the most and its does so without the flourish of schisms. It is a terrific premise for a post-feminist film. Writer-Director Avinash Das doesn't focus on remaining fashionable about women's empowerment.

After a point his heroine's tale has a will of its own. You suspect neither the writer-director nor the actress playing Anaarkali can control her destiny. They, like us, can only move back and gawk in amazement as this astounding female hero takes on the empowered goons co-powered by the louts LaLu Land.

The smell, the feel, the flavour and the emotions of the stiflingly patriarchal small-town is so palpable, you are swept into the vortex of the film's vibrant vista. Full marks to the film's cinematographer Arvind Kannabiran for making Aarah and Anarkali seem wedded to one another, and of course Rohit Kumar's authentic folk songs... they add so much value to the proceedings!... It's hard to imagine the film without its true-to-life songs and music, and its compelling and credible characterisations that impel the gripping plot into areas of exposition where sexual exploitation is turned inside-out, upside-down.

A dizzying, combative explosive expose of smaltown hooliganism and a spunky girl's determination to survive all odds, "Anaarkali Of Aarah" has a memorable gallery of actors giving the goings-on a sterling push and a bracing vigour with their performances.

I have to single out Sanjai Mishra as the sleazeball academician, Vijay Kumar as his murky cop in crime, Pankaj Tripathi as Anaarkali's partner on stage, Mayor More as her callow infatuated utterly devoted lover-boy. Nitin Arora as back-alley music baron and last but certainly not the least Ishteyak Khan as a smalltown man who knows how to respect a woman.

These are not just performances. They are classrooms of impeccable characterisations. But above all there is Sawara Bhaskar giving what history will record as one of the bravest and most important performances by a female actor in post-modernist Bollywood.

This week, don't even think about seeing any other film. With this towering achievement around the others don't stand a ‘ghost' of a chance.

Gimme the spunk queen of Arrah anyday rather than the bhoot of "Phillauri".

How a nautch girl, Anaarkali (Swara Bhaskar), in Araj, Bihar, who has received singing and dancing from her mother in legacy, keeps away the advances of debauched Vice Chancellor Dharmendra Chauhan (Sanjai Mishra), and copes with this humiliation, fighting to preserve her dignity forms the crux of this simple but strong film.

The message of respecting a woman's right to physicality resonates strongly, albeit in a small town setting reminiscent of the recently released film "Pink".

Performing regularly at weddings, functions and local events, luring her audience with her innuendoes-laden songs, Anaarkali is the heart-throb of many but catches the fancy of the Vice Chancellor who is smitten with her to the extent that he gets drunk one night at a function and misbehaves with her in public.

The film boasts of a simple story but well-written screenplay, astutely handled by debutant director Avinash Das. There are no unnecessary Bollywood-esque meanderings or deviations. He remains true to the story and engrosses you completely in Anaarkali's life.

The second half of the film, however, drags a tad in parts.

The climax gives you an adrenaline rush owing to its tempo and the robust performance by Anaarkali.

The music of the film is replete with the flavours of Bihar and the raunchy dance numbers are equally befitting the setting. The background score, especially "Man beqaid hua", beautifully captures the mood of the film.

The performances are easily the highlight of the film. Swara Bhaskar shines as Anaarkali in an earnest performance as she bites her teeth into the character with aplomb, whether it is singing, dancing or even dealing with local goons in a feisty manner. With her electrifying energy, she lights up the screen.

Ishtiyak Khan as Hiraman, Anaarkali's well-wisher and silent lover, although has a limited screen time, gets into the skin of his character and portrays sincerely. Anwar, her companion who stands by her in her troubled times, renders an honest performance and is immensely likeable. Police officer Bulbul Pandey too is a competent actor.

The film is redolent with the flavour of Bihar and transports you there with ease. Entertaining yet hard-hitting, "Anaarkali of Aarah" hits the bull's eye, as far as its strong universal message goes.

My questions should've been part of national discussion: Swara

Defending her stance on "Padmaavat" that it made her feel reduced to a "vagina only", actress Swara Bhasker has said the questions she raised via her lengthy open letter were legitimate and should have become a part of national level discussion.

Asked what prompted her to write an open letter to the "Padmaavat" filmmaker Sanjay Leela Bhansali, Swara said here: "'Padmaavat' has become part of national conversation and I also want to remind people that from the beginning, I supported 'Padmaavat', and criticized The Shree Rajput Karni Sena only because each artist should have freedom to expressRead More

Swara Bhasker to catwalk at LFW

The five-day fashion week will start here from Wednesday and the "Veere Di Wedding" fame actress will make her presence felt on Day 3 and Day 5 of the fashion gala, said a statement. 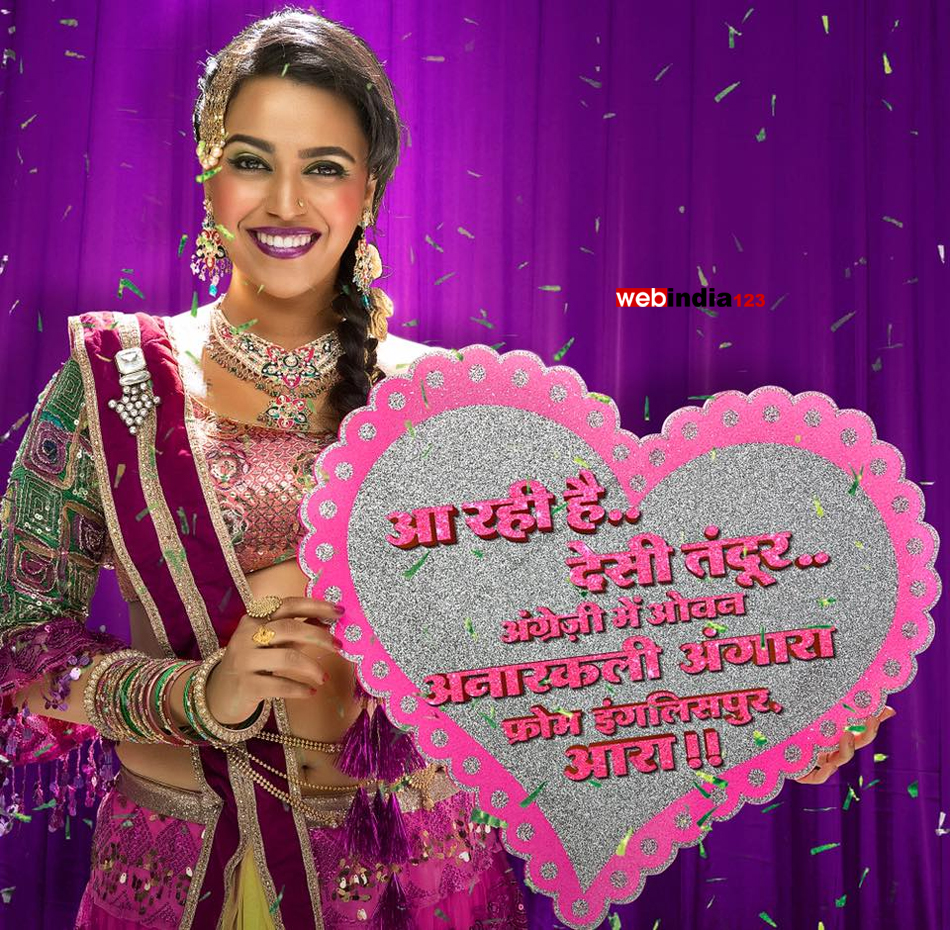 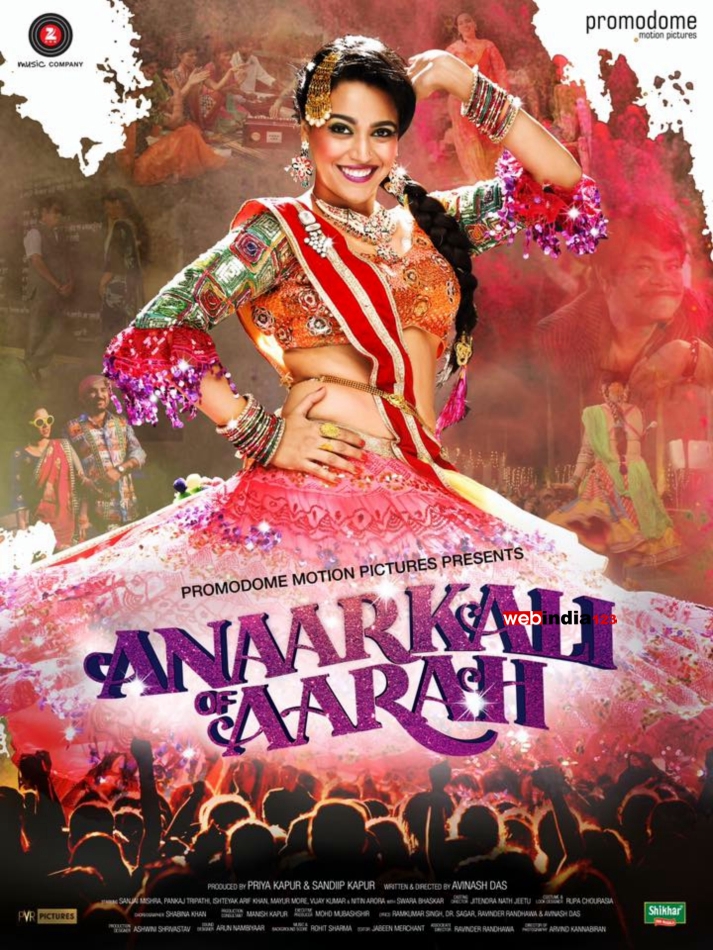 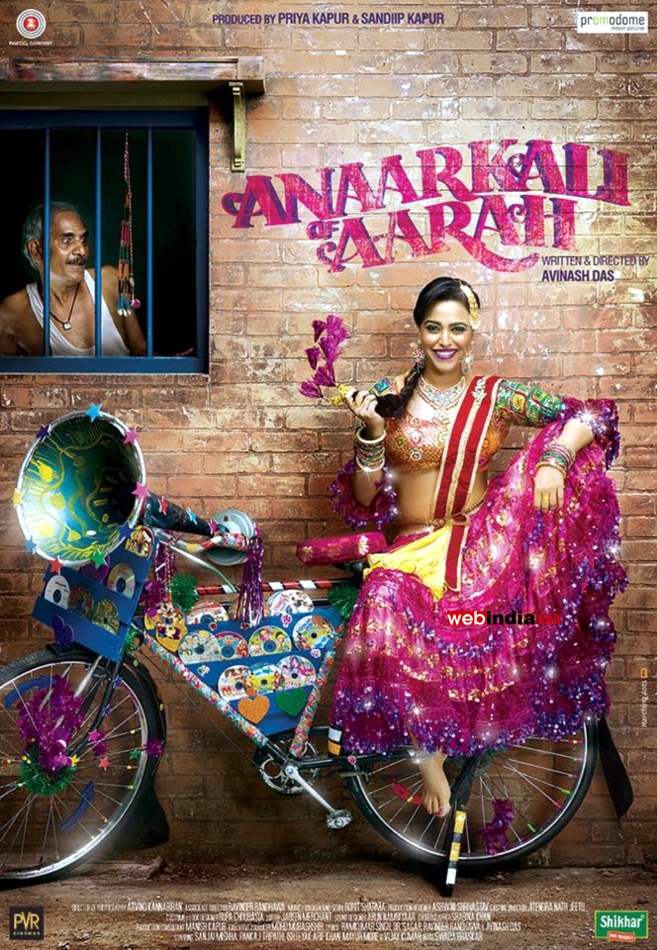