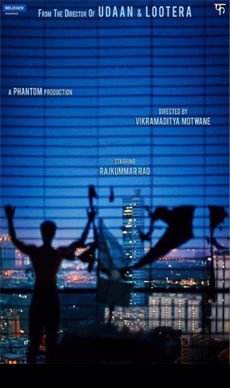 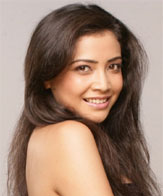 What would you do if you were trapped in a high-rise for days without food, water or company? Eat a bird although you are vegetarian? Check. Drink your own urine to quench your thirst? Check. Talk to a rat for company's sake? Check.

The incredibly gifted Rajkummar Rao, no stranger to internalised performances, immerses himself into the judiciously assembled plot with such radiant authenticity that after a while we cease to watch the skill that underlines the outstanding performance. All we see is the suffering of the trapped soul, his desperation to get out of that apartment where Shourya is locked away far from civilisation though not even a road away from the bustle.

Unlike other great survival dramas like Robert Zemeckis' "Castaway" or Ang Lee's "The Life Of Pi" (the later exceedingly overpraised) "Trapped" is set right in the heart of a swarming city filled with people who... how do we put this politely?... don't give a f*** about the next person.

Motwane who last helmed the underwhelming "Lootera" brings out the apathy in the large city in a sequence where Rao announces his departure to his flat mates. They barely muster a response and one of them indifferently asks where he is going.

The preamble which includes a sudden eruption of romance with a woman Noorie (Geetanjali Thapa) ends just as suddenly once Rao's character is trapped in an apartment so far removed from human contact that no scream of help reaches anyone's ear. Its terrifying premise executed effectively by a script that relentlessly explores the theme of isolation and survival.

Cinematographer Siddharth Diwan is as fearless behind the camera as Rao is in the front. Together they shoot Shourya's growing decline and fading hope for rescue with minimalist magnificence. The shots are cut with no room for lingering woundedness. If Shourya bleeds we can't look away.

Rao's projection of his character's waning strength is as authentic as Tom Hanks in "Castaway". Rao's Shourya is no islanded recluse. The little apartment perched smugly and stoically in the sky is all the world that Motwane's plot inhabits. There are no frills and no digressions. The background score by Aloknanda Dasgupta is used with rationed effect, quite like time, food water and hope running out on the protagonist.

The one time that the background score lights up the soundscape is when Shourya collects rainwater in every vessel he can find in his high-rise prison. It is an interlude that reminds us of what we have and what we take for granted can be snatched away within moments.

Even the flashbacks are severely restricted (just one, actually, when we see Shourya arguing passionately in favour of vegetarianism before being forced to eat a bird in the present crisis). What we get is the core element of survival. The very epicentre of self-preservation where no action or reaction is prohibited.

It is very difficult for one actor to hold our attention for two hours. Rajkummar Rao gets our undivided attention unconditionally. His character's awful predicament is so tangibly tactile as to leave us shaken for good.

Among the many remarkable hurdles that Motwane's storytelling crosses with its beleaguered protagonist is the whole idea of getting the geographical periphery of the crisis right. The apartment building, the isolated flat and its distance from any human contact are all measured out by the storytellers, so that we never feel we are being tricked into believing in Shourya's crisis.

At one point during the actor's journey from self-assertion to self-abnegation, and beyond, we see Rajkummar Rao's trousers fall off from his waist to the ground. This is probably a random unscheduled crisis that was allowed to remain on the editing table. It helps serve two purposes. It shows the character's complete repudiation of vanity in the face of death. It also shows how much weight the actor has lost in the course of his journey.

It's hard to imagine "Trapped" working so effectively without Rajkummar Rao. He lives every second of Shourya's struggle for self-preservation. His journey is so illustrative of a migrant's metropolitan melancholy as to make any attempt to add signboards to the storytelling is akin to shining torchlight to supplement sunlight.

Director Vikramaditya Motwane's film "Trapped" is a minimalist survival film. It is the compelling tale of a man trapped and stranded on the 35th floor of a newly constructed, unoccupied building, in the heart of Mumbai.

The film begins on an unassuming note with Shaurya, a shy and timid guy, falling in love with his colleague, Noorie. In his bid to start a new life with her, he shifts from a shared accommodation to a flat in one of the unoccupied skyscrapers. That he is an illegal tenant, is a separate issue.

Designed to cater to an intelligent audience, the film has all the trappings of this genre. It is well made and engaging, but nevertheless, seems contrived simply because the entire setting is far from subtle. What starts of like a realistic film ends up like a fabricated drama -- on the face, breathlessly rushed and manufactured.

This is evident, as the director has taken enough measures to ensure the mise-en-scene is perfect. In one of the earlier scenes when Shaurya is leaving his shared accommodation, the television set is on in the background and the host of a television programme states, "a... and the great survive". This predictably lays the foundation for the events to follow.

Also, what makes "Trapped" seem utterly fabricated is that the story takes place sometime in Mumbai and the time in the film universe seems timeless. So the sudden downpour that enables Shaurya to fill his refrigerator with water seems like deus ex-machina for the plot.

Also, the thrilling factors are trimmed, especially when Shaurya escapes from the flat by scaling down the grills.

The film drags. There are moments of pure agony that make you squirm, waiting for the torturous moments to tide-away. Interestingly, these moments along with the scenes when the tables are turned with Shaurya being a timid guy to a hunter, are probably the best flashes of the film.

As Shaurya, this is Rajkummar Rao's canvas and yet it is not one of his best performances. An excellent actor, he is stifled with the limitation of the script. He appears dim-witted and portrays a gamut of emotions that are blatantly cheerless, gloomy and far from being intelligent. He excels in being frantic, anxiety driven and desperate. But the desperation comes across as a half-hearted attempt, probably because of the script.

Geetanjali Thapa as Noorie is natural and sincere.

On the production front too, with a simplistic approach, the apartment is not congruent to a flat in a newly constructed apartment. And the background score fluctuates from being realistic to over-the-top.

Overall, the film makes you feel trapped in the auditorium.

"Newton" which received the Best Hindi Film honour at the 65th National Film Awards, is actually a commercial film as people connected with it, says director Amit Masurkar.Masurkar made the comment while interacting with the media here on Friday along with actor Krishna Singh Bisht, "Newton" co-writer Mayank Tiwari and music composer Naren Chandavarkar.Read More

Actor Rajkummar Rao says his upcoming film "Mental Hai Kya" is very quirky and a different comedy.Asked whether he has become "mental" in the film Rajkummar said: "I am very mental and from April onwards, I will entirely become mental. People are asking me that 'Mental Hai Kya'? So now I feel 'MentalHaiKya' will trend."Rajkummar, who attended the second edition of Powerbrand Bollywood Film Journalist Awards on Monday in Mumbai, will be seen with actress Kangana Ranaut again in "Mental Hai Kya" after starring in the 2014 hit movie "Queen".Read More 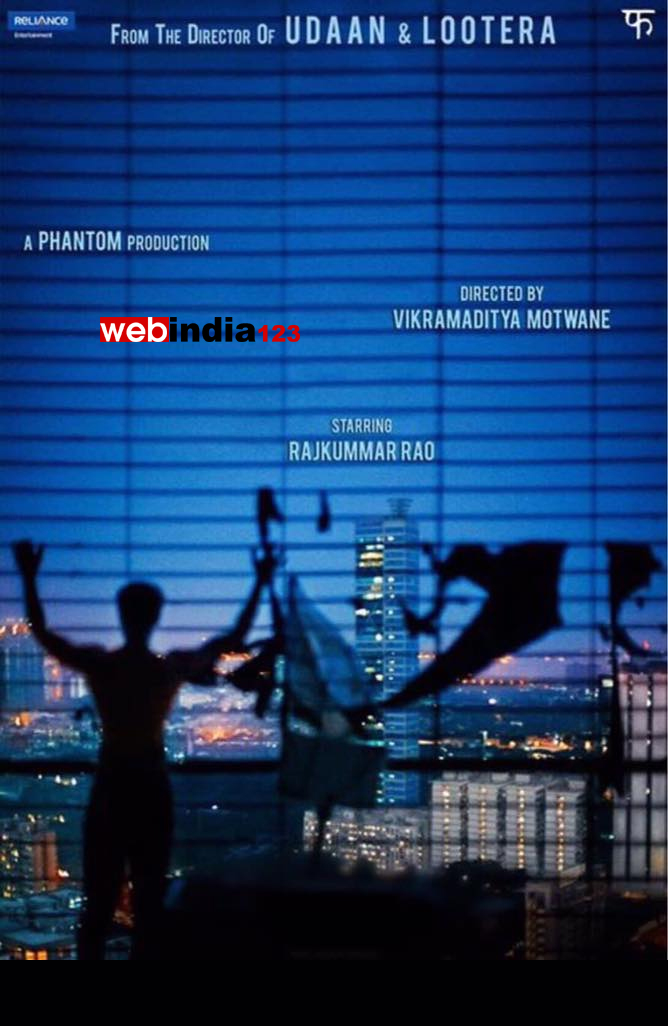 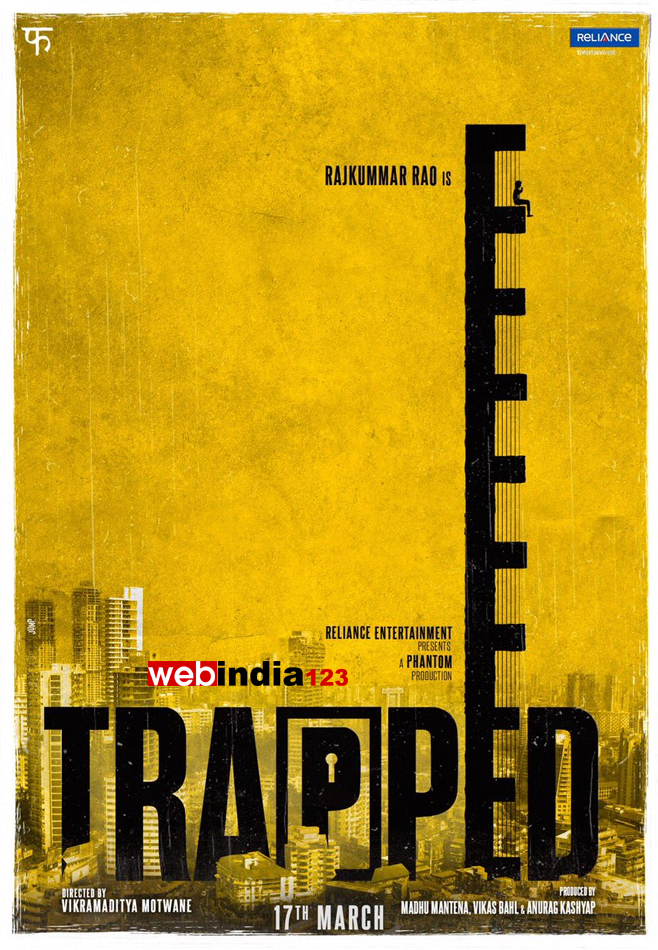 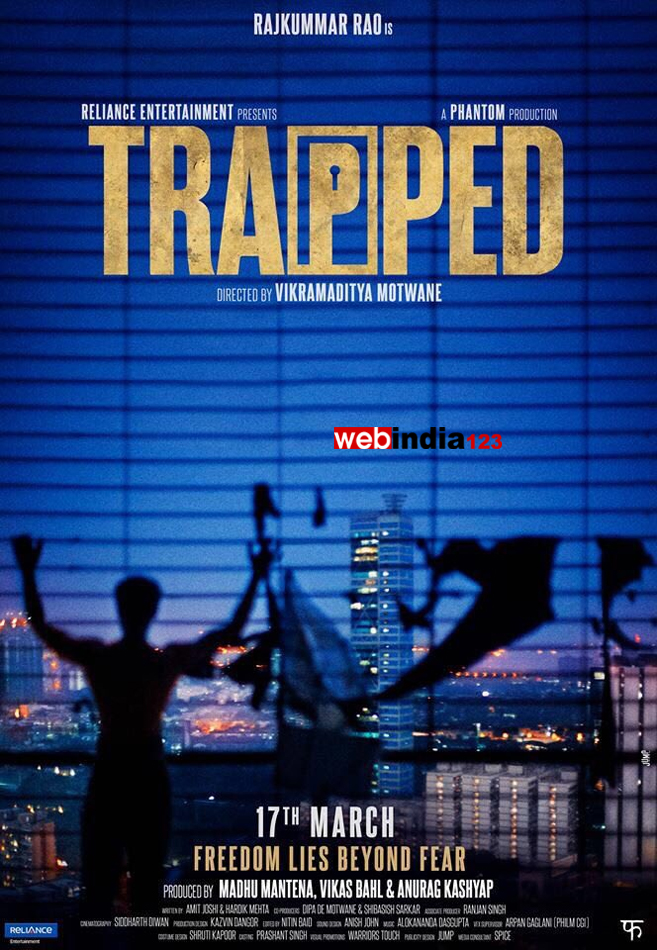