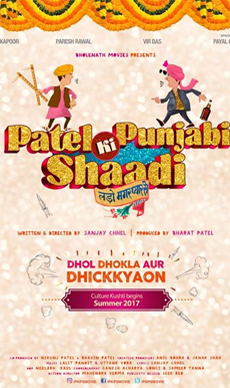 The story is set in Adarsh Housing Society, Mumbai, where Gujaratis rule the roost. As they are the majority, naturally there is no non-vegetarian food or booze allowed. Watching Aastha TV is the de rigueur and that too till 10 p.m. only. In short, arduous rules govern this 'sanskaari' housing society proud of their "Gujarati asmita (pride)".

Expectedly, the two families are at loggerheads, as Hasmukh Patel does not approve of the debauch ways of the loud Punjabis and he already holds a grudge against the Punjabis due to some mysterious reason, he keeps mumbling all the time.

No prizes for guessing, the inevitable happens - Monty falls in love with Pooja, Hasmukh Patel's daughter. How the Punjabis ultimately win over the Gujaratis, thus spreading the message of India is one, is what this tedious two-hour film is all about.

Touted to be a laugh riot and a comedy, the film is a preachy drag with intermittent lessons on the supremacy of Gujaratis, their culture and contribution to the development of India so much so that they predict, "Ek din Gujaratis akele China se takkar lenge".

The plot, packed with gags, situational comedy and some cliched dialogues about Punjabis and Gujaratis is what director Sanjay Chhel recourses to. However, he fails miserably to make you laugh wholeheartedly. By the end of it, you just chuckle if only to please him and run out of the hall, seeking deliverance.

On the performance front, Rishi Kapoor as Guggi Tandon is every inch the loud Punjabi man, who loves his whisky and women, but has a heart of gold. Vir Das tries hard as Monty Tandon, the brash Punjabi puttar turned devoted lover to impress you with his histrionics and perhaps his comic streak, but nose-dives as the script short-changes him.

The film belongs to Paresh Rawal, who, sadly as Hasmukh Patel offers nothing that we have not seen him do before.

Bharti Achrekar is her usual self, a bit Manorama-esque though. The debutant Payal Ghosh as the demure, obedient Gujarati girl and coy lover is disappointing and pretentious.

The music is equally jarring. It lacks finesse -- be it in lyrics, melody or picturisation.

Overall, the film which has a TV soap feel with shoddy production values, shaky camera work, loud colours and cliched dialogues, is a 'shaadi' you can safely skip. 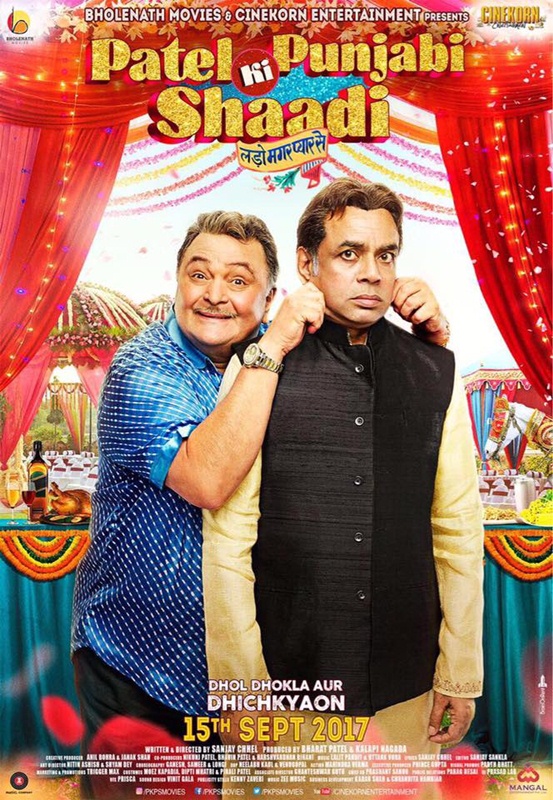 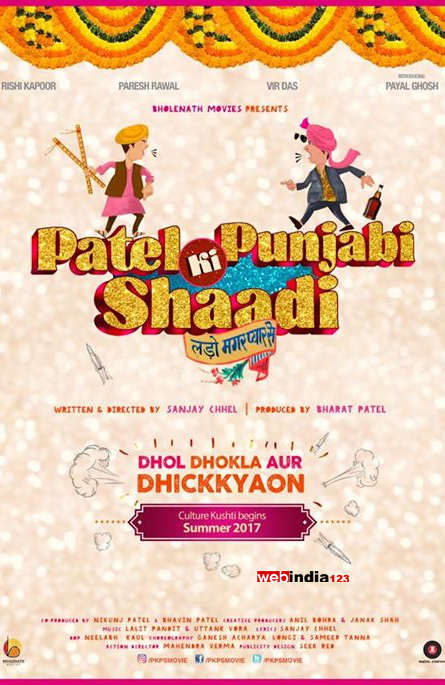