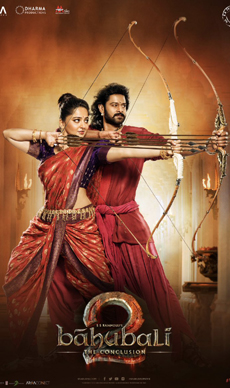 'Baahubali 2': Everything you expected and more (Movie Review By Subhash K Jha, Rating: *****)

By the time the enrapturing narrative actually arrived at the key plot point -- why did Kattapa kill Baahubali -- I had forgotten that this question had haunted the nation for two years. There is much more to the second and tragically, conclusive and concluding segment of the Baahubali saga than the Kattapa query.

So much glory, grandeur, and above all such spectral wisdom. By the time we finish watching "Baahubali 2: The Conclusion" we are far better informed about human nature and its tendency to betray those whom we love the most.

Yes, "Baahubali 2" is much bigger than the first film in every sense. It is far deeper and dreamy,drawing us into its magic and magnificence with a seamless swoosh that sucks us in. We fall into the ravine of ravishing courtly machinations with no desire to pull ourselves out of the hypnotic spell that Rajamouli casts on us.

Before we know it we have entered Rajamouli's enchanting kingdom of Maheshmati where intrigue, treachery , passion and redemption straddle in a tight embrace riding together in a chariot of ire that hurls across cinematic vistas never explored before. The episodes come together in unexpected ways, generating through the drama a repertoire never-experienced splendour and spectacle.

The swirl of colours on the sets and in the costumes is like Moulin Rouge on a Devdas trip. But the treatment vision and the characters' karmic quirks are all peculiar to Rajamouli. He courts the epic without drawing attention to the enormity of the scale that his vision dares to climb.

That Rajamouli is an extraordinarily skilful storyteller goes without saying. He wastes no time in introducing the characters. Even if there are some viewers out there who haven't seen the first Baahubali film, the plot uncovers in sweeps and streams of majestic arrogance that accommodates our ignorance of the characters' background and our unconditional awe for the film's visual spectacle in the same range of vision.

The second instalment of the great Baahubali franchise is so lush, luscious and luminous, it's like being transported repeatedly to a paradisaical peak, not once not twice but over and over again. Rajamouli spins an enchanting web of images that seem straight out of the Indian mythological tales mainly the Mahabharat. But he gives it his own splendid spin.

This work of exquisite mythological art is easily the acme of cinematic achievement, a landmark to beat all landmarks, including Rajamouli's first Baahubali film which in hindsight seems more like a blueprint for the main event that is the second part of the franchise. True, at a few minutes less than three hours,this is a lengthy epic. But an epic in the truest sense where the dramatic conflicts and battlefield confrontations merge into a fulfilling magical journey into Neverland where anything and everything can happen .

The film's twists and turns are so coherently and tautly worked out that not for a moment do we feel we are watching a drama that has no bearing to contemporary reality. True, the performances leave much to be desired. Barring Anushka Shetty who is elegant, regal and tragic, and Ramya Krishnan who exudes a blend of matriarchal pride and feminine intuition (the confrontation between the two actresses is among the highest points in the storytelling), the male cast is hellbent on hamming all the way.

While Rana Daggubatti wears the same expression of disdainful scorn throughout, Prabhas seems confused every time he has to speak a line that has more than three words. Both actors come into their own the minute they galvanise into action.

Rajamouli's period drama flaunts characters who are confounded by a fate far larger than their fighting abilities. The war sequences, fearsome and awe-inspiring beyond anything we've seen in Indian cinema and shot by cinematographer K K Senthil Kumar with a penchant for lavishness that goes well with the film's deliciously ripened feel flavour fervour, show not just the characters valour and heroism but also expose them to be vulnerable mortals who, for all their deified posturings, are susceptible to the rules of mortality much in the same way that we ordinary mortals are.

Portraying a world of larger-than-life, mythologised and anointed by a destiny that disperses drama, Rajamouli takes us on a journey so grand, epic, enchanting and unforgettable that it would be impossible for us to look at any other costume drama with respect, let alone awe.

Who would want to live in a cardboard kingdom after entering Rajamouli's world of marbled marvels whose floors and exteriors glisten with pride and passion?

Is the Baahubali saga really over? Truly the end of an era!!

Why did Kattapa kill Baahubali? This perennial question that haunted those who have seen "Baahubali: The Beginning" will now be rested. Director S.S. Rajamouli does answer this question and offers much more in "Baahubali 2: The Conclusion", which is an action-packed revenge drama.

Narrated in a melodramatic manner with surreal action sequences and epic battle scenes along with plenty of dilemmas and betrayals, it is Amarendra's tale that is interestingly gripping as it answers the question of why Kattapa killed Baahubali.

The final act of The Conclusion, which concentrates on Mahendra's story seems like a rushed job. And with a run time of 167 minutes, the film eventually seems to drag.

On the performance front, with dramatic lines and over-the-top acts, every actor performs his part earnestly. With an imposing, yet tender personality, Sathyaraj as Kattapa, the loyal warrior, is impressive. Prabhas Raju in a dual role is charming as Amarendra and sincere as Mahendra Baahubali.

Rana Daggubati excels as the vicious Bhalladeva. But it is Nassar as the scheming Bijjala Deva, father of Bhalladeva, who steals the thunder from Rana.

Ramya Krishnan as the Rajmata Sivagami along with Anushka Shetty as Devasena -- Amarendra's wife -- offer a stimulating performance. Tamannaah Bhatia as Avantika, Mahendra's love interest, in a miniscule role has nothing much to offer.

On the technical front, like its prequel, this film too is at par with any big ticket Hollywood caper, in terms of its mounting. Visually the film is colossal and monumentally spectacular. In fact, it is a bit better than the previous edition in terms of VFX effects and sharper edits. The action sequences too are artistically and aesthetically choreographed. The music and background score by MM Kreem add to the cinematic experience.

Unfortunately the dubbing in Hindi is not up to the mark.

Overall, this concluding part of Baahubali will appeal to you, irrespective of whether you have seen The Beginning.

Filmmaker SS Rajamouli on Monday welcomed actor Alia Bhatt to the sets of his upcoming film 'RRR' as the two began shooting for the much-anticipated film.Read More 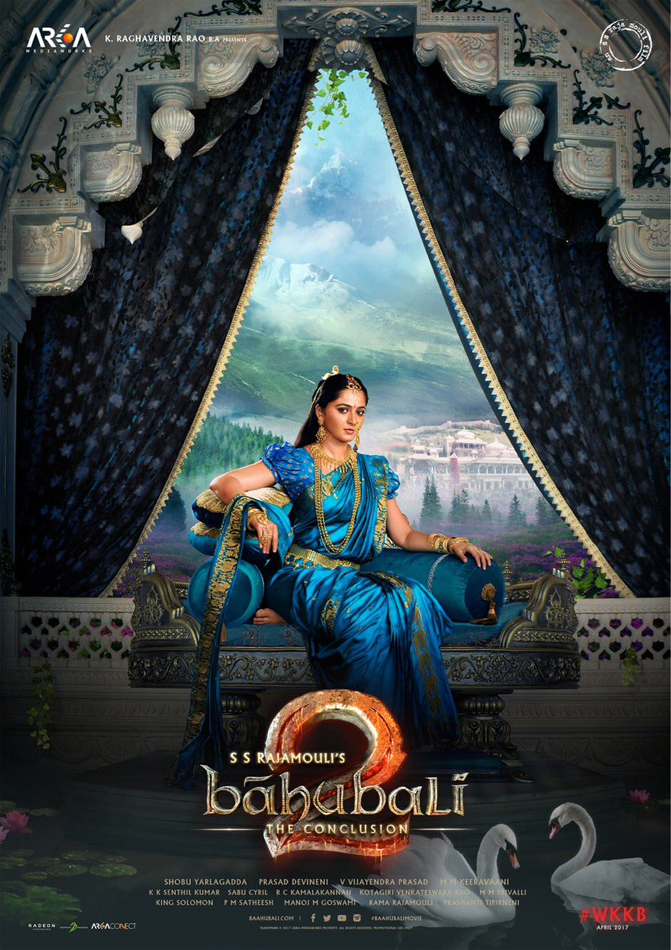 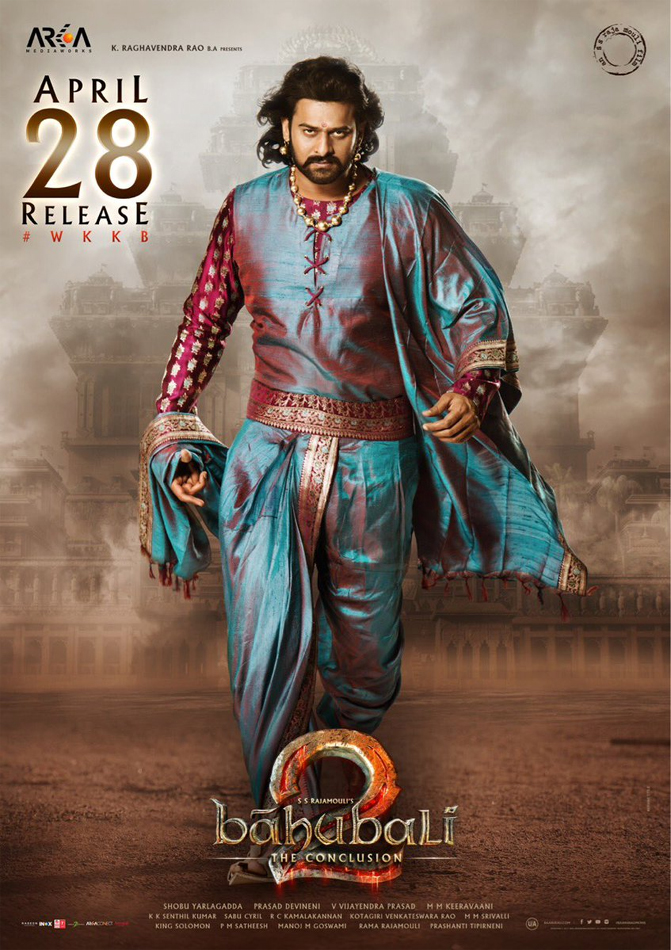 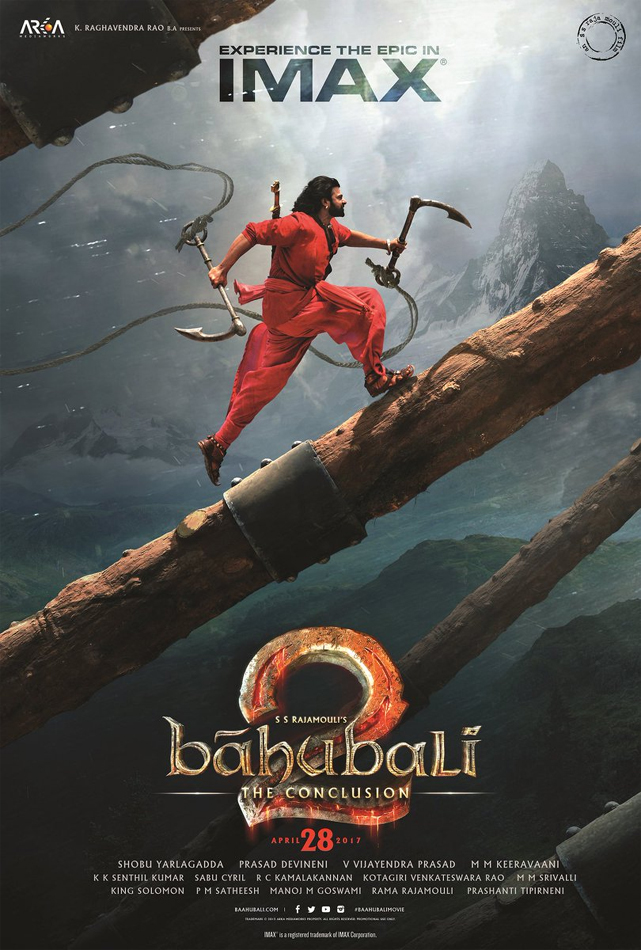 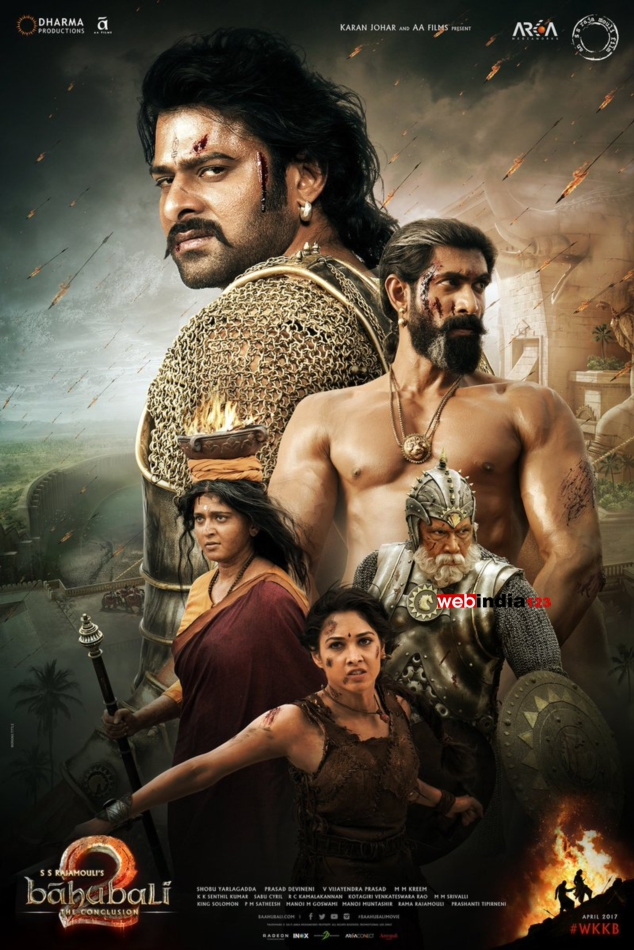 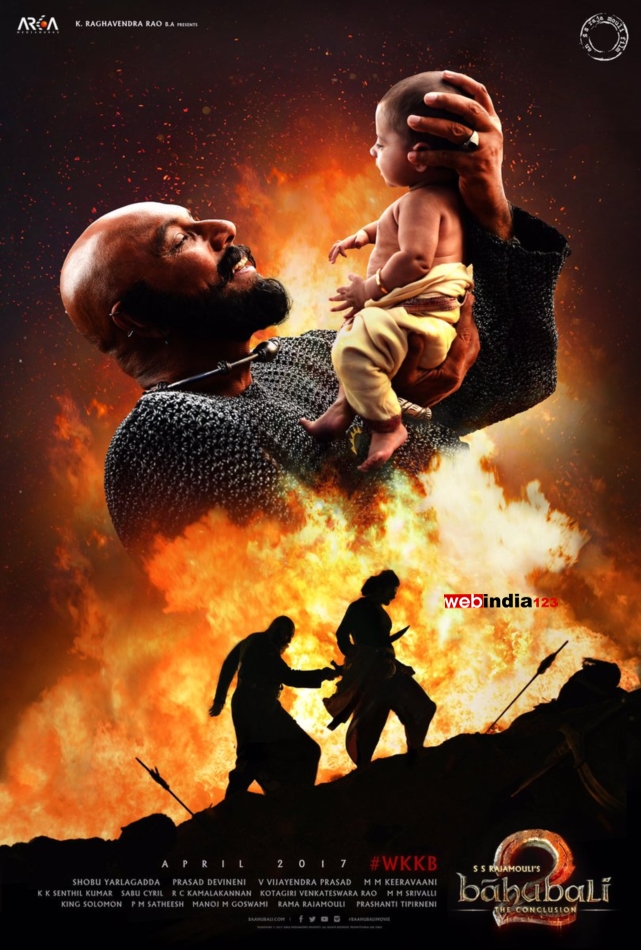 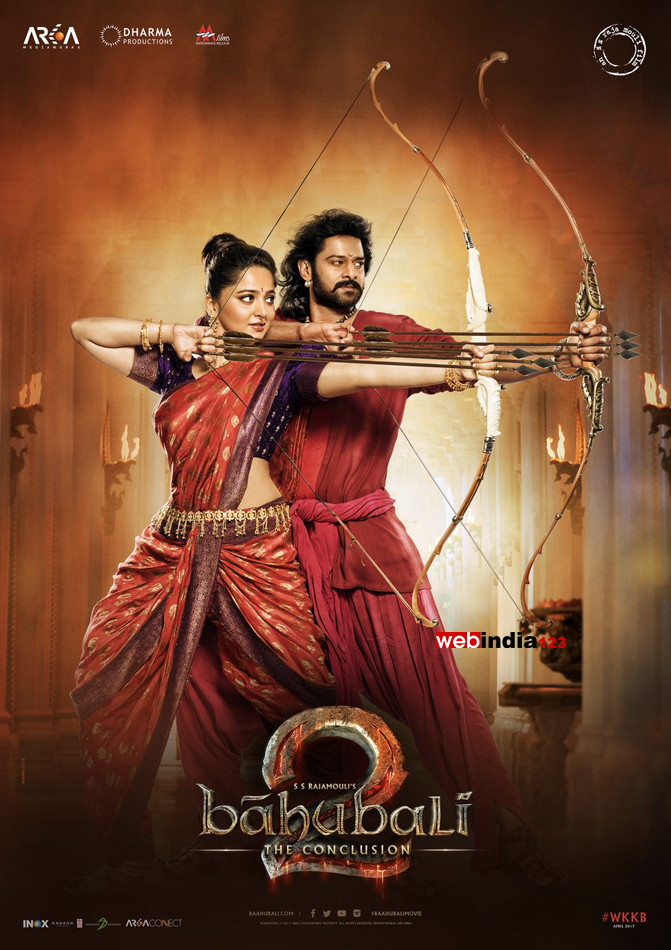