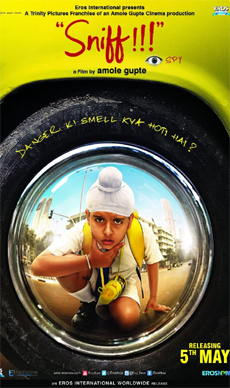 The best thing about "Sniff" is the wonderful children -- God bless their untarnished souls -- who play detectives to a car thief in Mumbai.

But wait. This is much later. This is where our interest in the goings-on begins to flag. The minute Sunny Gill (the wonderfully solemn and wise Khushmeet) turns super-snooper the plot loses its flexibility and momentum and falls prey to a kind of hushed rush of juvenile activities that don't really add up to much.

But this absence of a hefty payoff is not what we are looking for or missing in this film. Straight out, "Sniff" is a charming ode to the tastebuds and the olfactory nerves, both co-related as one gives you a yummy feeling in the mouth and the other in the nose.

But what if you are born with no sense of smell?

Little Khushmeet plays one such unfortunate child of fate. Born into a family of pickle makers, he can't smell the aroma of the spices that forever emanates from his lovable grandma Surekha Sikri's kitchen.

It's not so much in the way the film tickles the tastebuds that the film gathers its vigour and strength. It's in the way the film celebrates the smells and sounds of food. Not since "The Mistress Of The Spices" has any film given us such an aromatic view of food and cooking. The camera manned by the magician of the lenses Manush Nandan, glides with sly smoothness over edibles, creating for us a kind of heaven on the palate.

For me the best, most cherishable moments in the narrative are those where smell-proof Sunny sits stoically at the family meal watching other family members 'ooh' and 'aah' over family pickles.

Once Sunny finds his sense of smell, the narrative creates a big stink over a stolen car on the society apartment premises. Nonetheless the film's artless charm holds till the end. All the child actors are wonderful, far superior in their ability to hold together the proceedings by the lapels of their own convictions than the adult performers who are way too conscious of their obligation to let the children take the forefront.

Luckily for us, editor Deepa Bhatia allows the children more space in the goings-on than she does to the tantrum-throwing adults. In spite of a weak denouement the kids amply hold the plot together. Sound designer Avinash Sonavanve keeps the frames vibrant with extraneous noises. Very often I found myself listening to the sounds of silence that surround little Sunny's serene presence.

Once the noise takes over he withdraws into a world of his own far away from our inquisitive eyes. Which is a pity. Because Sunny's world and his charming friends show director Amole Gupte in pursuit of those simple little pleasures that we lose as we grown older.

Pleasures like licking the pickle from a jar and smacking the lips.

Thank you, Amole, for giving our childhood back to us. 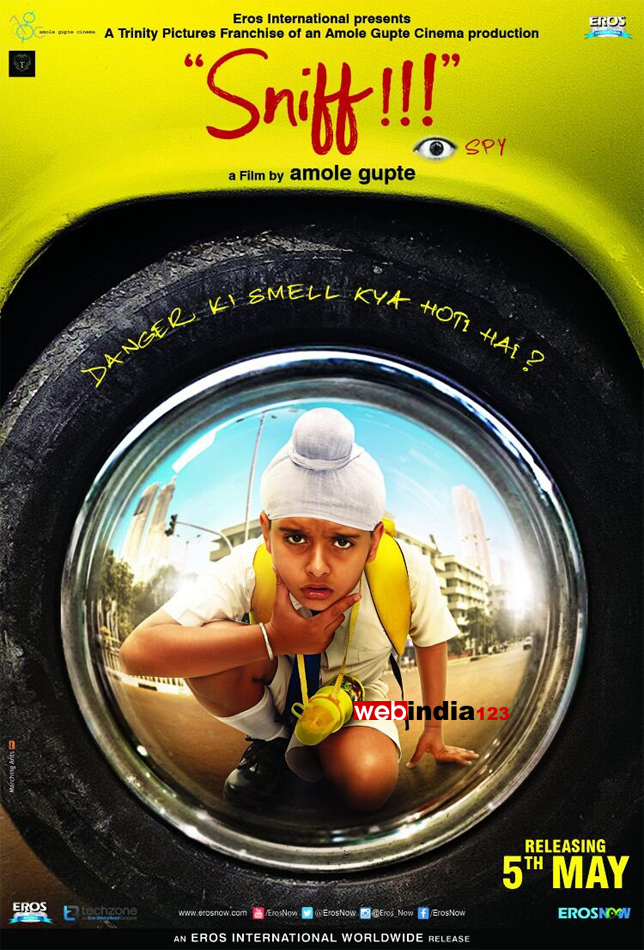