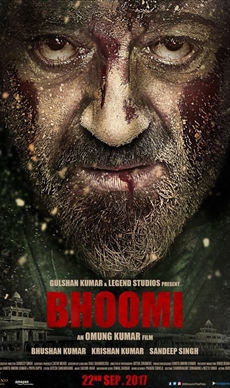 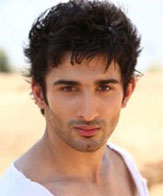 "Jadd se ya dhadh se?" Sanjay Dutt plays a cruel KBC with his daughter's rapist, offering to either kill or castrate him.

The pleading begging rapist takes the knife and plunges it into his pants.

I squirmed , as I was meant to. Bhoomi a film about a father and daughter's revenge on her wrongdoers set in the seamier side of the city of the Taj Mahal, is not an easy film to view. Just because it stars Sanjay Dutt, don't expect him to rise Phoenix-like to the occasion. With remarkable disregard for his larger-than-strife image, Sanjay Dutt plays an aging caring doting father who is a helpless mute entity in the case to fight his daughter's violators.

The rape-revenge motif has been done so much to death I wondered why we need another film on the theme. But "Bhoomi" has plenty of surprises to offer. It never lets the very beautiful Aditi Rao play the victim-card eventhough she is violated humiliated and vilified repeatedly. Yet she stands tall and dignified. This could be because Aditi Rao in the film's titlular role is just so frigging ethereal. Her makeup-free scrubbed and honest face conveys hurt, suppressed anger and hastily dismissed bewilderment. She is a treat to watch.

Put her on screen with Dutt and you have magic. Scenes such as the one where she tells her broken dad it's time to rise above the tragedy, are pitch-perfect in their shrill yearnings, neither overstating nor trivializing the very grim issue of rape.

Sanjay Dutt though a little wheezy and out of rhythm, is heartrendingly avuncular.His breakdown in the courtroom is so raw and unrehearsed it washes away all cynicism. He seems so protective of his "Betu" and so shattered by her violation that we tend to forgive the film's absolute absence of novelty. A parent grieving over a daughter's rape is not just familiar territory it is also a territory that threatens to explode under the weight of overstatement in our cinema.

With rather unnecessary detailing Bhoomi charts out the daughter's rape. Shot in a ramshackle single theatre ironically named Bhagwan Talkies, the gangrape is filmed against a backdrop of a film being screened within the film. In this way we are reminded of how cinema is responsible for an increase in sex crimes.

But isn't that exactly what the film does? For a very long time the trio of rapists indulge in a prolonged sexual torture by threatening the girl emotionally and physically. Some of the scenes showing Bhoomi's humiliation move you. The others just seem like more of the same thing heated up and served steaming hot.

The narrative also suffers from serious lapses of continuity. In one overnight sequence as Dutt sits by his unconscious daughter's hospital bedside his nails go from grown to clipped . Maybe he got bored sitting around doing nothing.

If the film holds so well it's because of the father-daughter chemistry, so vivid and vital it nourishes the arid arteries of this done-to-death plot. Polish cinematographer Artur Zurawski shoots Dutt and Rao in deep shades of love and empathy, overriding the corny dialogues and schmaltzy situations to the point where we no longer mind the narrative's excessive violence.

Clearly Omung Kumar is influenced by Sanjay Leela Bhansali specially in the climax where Zurawski's camera captures hordes of rustic women from an aerial shot, letting their veils(a symbol of their collective izzat) float down after the plunging figure of the rapist. It's a gorgeous moment celebrating a woman's right to protect her body and mind from invasion.

"Bhoomi" could have been a much greater achievement if it had avoided all the familiar stereotypes of rape-and-revenge dramas.But Agra, and the Dutt-Rao chemistry save the day and elevate the film to a superior show of strength where a rapist is not allowed to get away with a sickeningly sexist statement such as this: "Women get raped all the time. Why did you have to get so worked up?"

It's the indignity of being violated and denied redress that comes across strongly in this tempestuous drama where no one can be trusted to tell the truth in our faces without a secret agenda. Not even the director.

'Rocky' gave me a real sense of being an actor: Sanjay Dutt

Actor Sanjay Dutt says his debut film "Rocky", which released on this day in 1981, gave him a real sense of being an actor."A film which gave me a real sense of being an actor is 'Rocky'. Today marks 37 years of it and when I look back, my heart fills with gratitude for all the love and appreciation I have received over the years," Sanjay tweeted on Tuesday.Read More

Actress Aditi Rao Hydari says she feels thrilled to get support from the people in Bollywood as she has no backing in the film industry.The actress, who has got rave reviews for her role in hit film "Padmaavat", spoke about her career in Vogue India's May 2018 issue. The cover image of the issue has been shot on the OnePlus 6, which is said to be the first ever Indian magazine cover shot on a smartphone."I have no backing in the film industry. It is thrilling to be supported by people you love and respect. I just choose to keep doing my own thing, as long as I am not hurting anyone," Aditi said. Read More 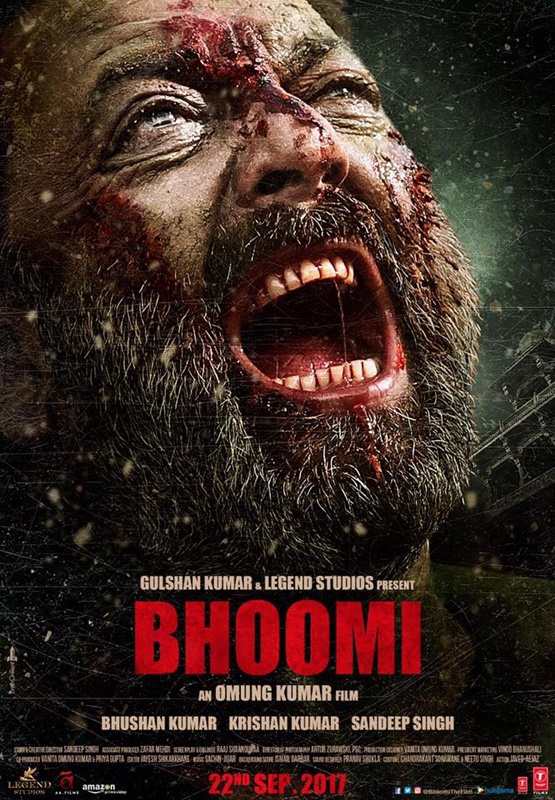 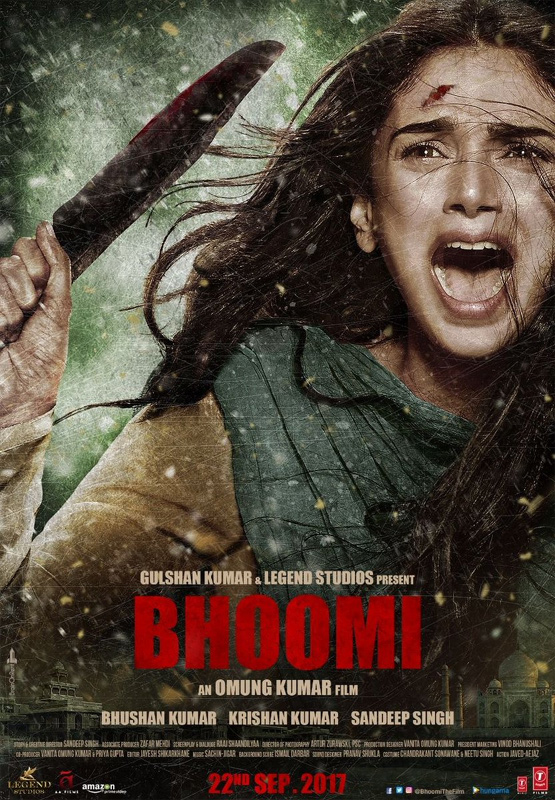 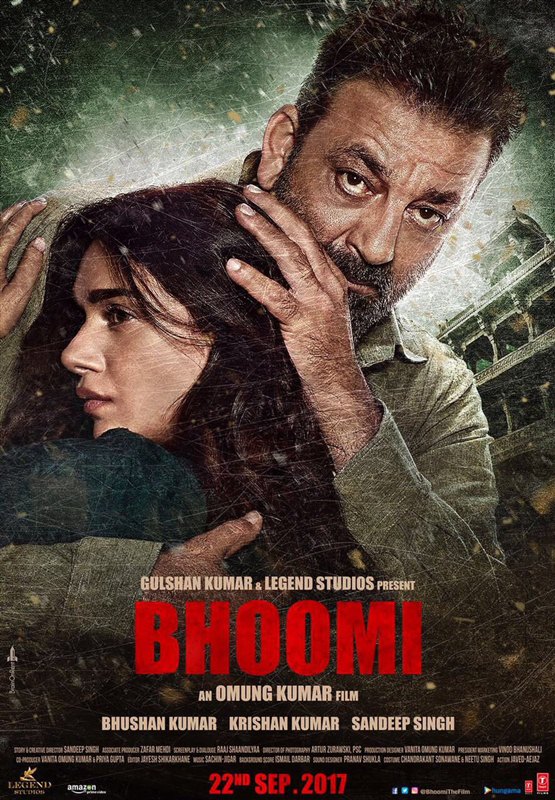 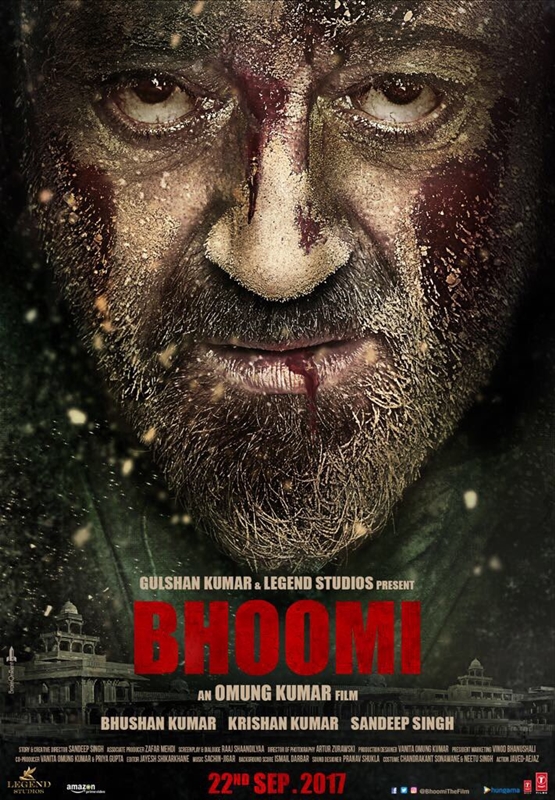 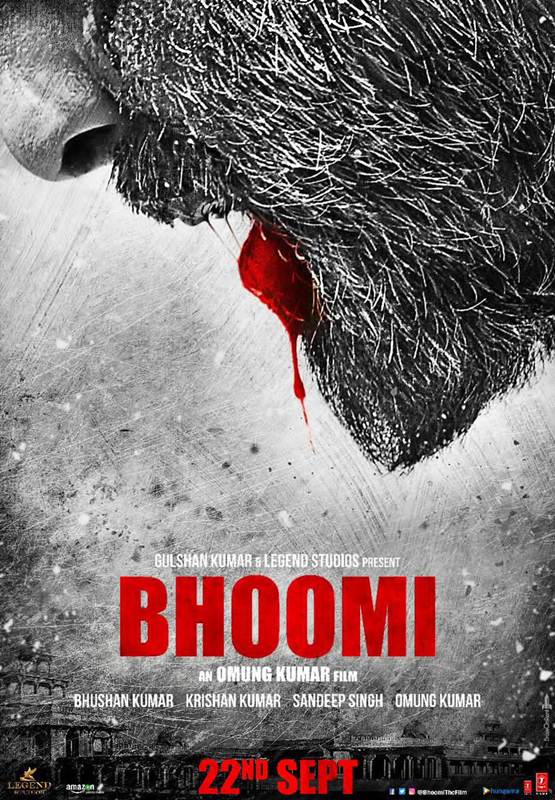 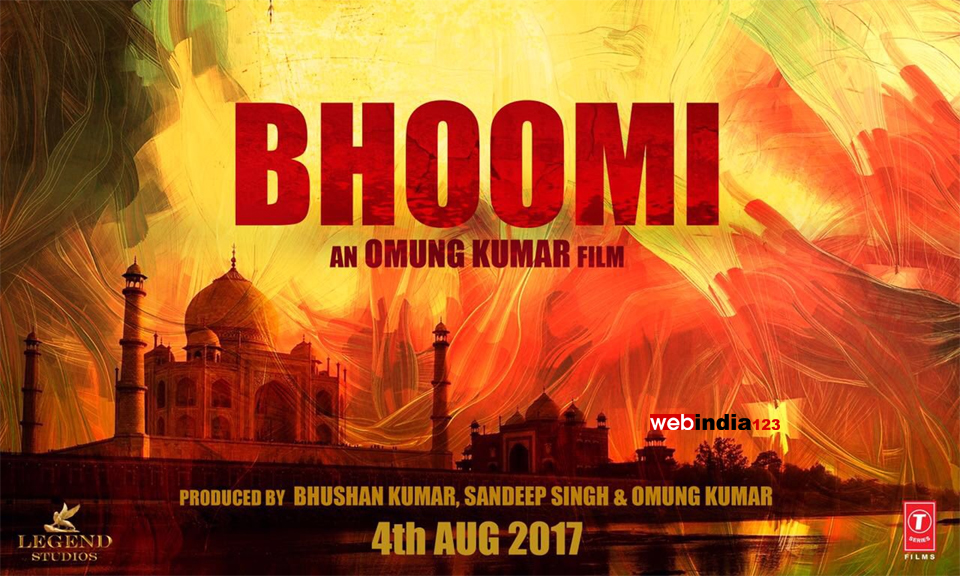 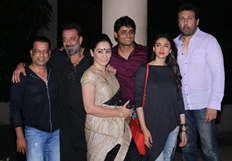