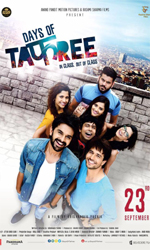 An official remake of the Gujarati film, "Chello Divas", "Days of Tafree", written and directed by Krishnadev Yagnik is a frivolously handled, cathartic film that lacks depth. It is more befitting as a television broadcast.

Without any layers of suspense or major drama, it reveals the carefree lives of seven friends; Nikhil, Vicky, Suresh, Sarabjeet, Pooja, Nisha and Isha, during their last year in college. With large dose of romance and idling away of time doing nothing meaningful in life, the film is a badly made big-screen version of an Archie comic.

Here, Riverdale is Delhi. Narrated in a non-linear fashion, the film starts with a promise when after a night out on their last day, Vicky the life-line of the group meets with a fatal accident. The friends gather at the hospital to garner support for him. And they recall their past one year.

This plot line seems familiar and is reminiscent of many oft seen college films which include Karan Johar's "Student of the Year". While the gags here are fresh and cheesy, the narrative is clunky and comically bad. And the characters are all one-dimensionally etched. The dialogues are predictable, tasteless and some absolutely awful, that would appeal to the back benchers in college.

But what keeps you hooked is the sincere and natural performance of the cast. Yash Soni plays the part of Archie Andrews, as the refined loveable dude, Nikhil.

Ansh Bagri essays the role of the Casanova Reggi as Vicky. He is mischievous and always ready for challenges. In certain scenes he emulates Shahid Kapoor in his mannerisms and dialogue delivery. He is romantically paired with Isha, played by Anuradha Mukherjee.

Sanchay Goswami acts as Dilton, but instead of seeking knowledge, he is constantly seeking a woman.

Sarabjeet Bindra as Daljeet aka Dhulla combines the roles of Jughead and Big Moose. Constantly hungry and with his "duh" act and blunt demeanour, he brings a unique sense of comic relief to the narrative. He is aptly paired with Nisha, who finds it difficult to pronounce the alphabet "S". She is somewhat dorky and the petite version of Big Ethel.

Nimisha Mehta who plays Pooja is the Betty Cooper of this tale. She is aptly paired with Nikhil and together they make a cute pair. Their on-screen chemistry is palpable.

And there is a character playing Kevin, an artist who is lurking on the fringes. The maths professor and the principal have their moments of screen glory too.

With moderate production values, the film is well-mounted. The cinematography and music are nothing much to write home about.

With a run time of little over two and a half hours, the film is a bit too lengthy. Moreover, after 30 minutes, the novelty factor of the film wears off and the narrative fatigue sets in.

Overall, coming from the stable of Rashmi Sharma Productions who last week gave us the Amitabh Bachchan starrer "Pink", "Days of Tafree" is a big disappointment.

Days of Tafree is a nostalgic trip that takes you back to college campus. The film revolves around the lives of seven friends and their fun moments. Vicky is a happy-go-lucky boy; he'll remind you of that one irritating friend who is a big nuisance creator, yet the soul of any group. Nikhil is an adorable boy who's deeply in love with Pooja. He is one of those ideal boys that any girl would love to date - he's cool, sanskari and has a rich father! Dhhulla is the angry-hungry-man. He's tall and hefty; anyone and anything can easily annoy him. He's outspoken and direct. Food is his biggest weakness. Suresh is another irritating friend that every group has; however, every group seem to tolerate one such character! Suresh is desperately looking out for a girlfriend; unfortunately, the girl who's last on every boy's list also rejects him. Pooja and Isha are sincere and studious girls. They are no-nonsense students who are focused on education. Both these girls are surrounded by a set of friends who are biggest tafreebaaz of their college. Nisha is an ultra-modern girl who has many dreams. The film is filled with moments that'll not only make you laugh; but also take you on a trip of nostalgia. Don't feel surprised if you end up calling an old chuddy-buddy as soon as you watch Days of Tafree. 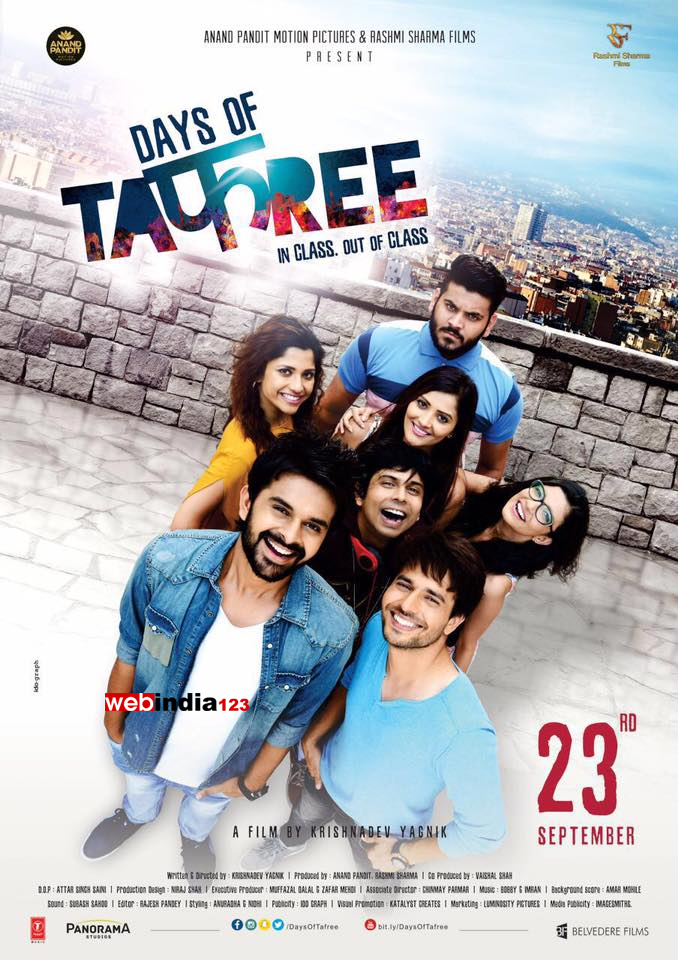