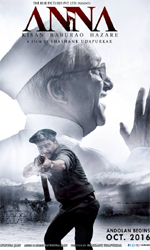 This biopic of the social activist Anna Hazare is not only motivational, but also inspiring. The film does not have the technical finesse of today's glossies, but it relays its robust message with simple, rustic enthusiasm.

Written-directed by Shashank Udapurkar, who is also in the title role, this film bookends with Anna Hazare's participation in the India Against Corruption movement in 2011, which paved the way for the passage of the Jan Lokpal Bill.

In between the bookends, the film rolls out in a linear narrative from 1946 onwards, highlighting the milestones in the life of Kisan Baburao Hazare, which includes how he was anointed 'Anna' -- an endearing term for older brother, in Marathi -- after he converted his draught-stricken village to a verdant paradise.

With the gesticulation of his hands and hollow facial movements, Shashank emulates Anna to perfection. He is aptly supported with a retinue of ace actors from the Hindi and Marathi film industry which include Govind Namdeo as the self-interested landlord of Ralegan Siddhi Village, Kishore Kadam as Anna's father, Daya Shankar Pandey as an alcoholic villager Ramya, Sharat Saxena as the Army Commander Bharat Sinha. They all have their moments of on-screen glory.

Tanishaa Mukerji as the journalist trailing Anna's roots, Rajit Kapur as the anchor at ABP channel are merely used to take the narrative forward. They are flat and perfunctory.

On the writing front, some scenes are lazily crafted. They do not go beyond the dramatisation of the event. Especially evident is the scene when during the 1965 war in Khemkaran sector Anna's colleagues are killed in an aerial attack.

The dialogues, too, like "Kante chubhte hain babu, khet mein chalte waqt, kante chubhte hain" -- thorns hurt sir, while walking in the fields, thorns hurt -- gives the film a melodramatic flavour, reminding you of the films in the 1950s. In fact, some scenes jog your memory to the 1957 Dilip Kumar starrer "Naya Daur".

Mounted with moderate production values and shot in real locations, art director Anil Watt's efforts are worth a mention. So are the cinematography and costumes. The background score is loud and adds to the dramatisation.

On his maiden directorial front, Shashank focuses the camera on his designed script and fails to avoid minor flaws, creatively. This is especially evident in the scene when his mother is older and the camera in mid-shots focuses on her badly patched visage.

While the film delves and glorifies Anna's works, it antiseptically eliminates Arvind Kejriwal and his coterie who had coaxed Anna to join the IAC movement, thus giving this film a unnecessarily skewed slant.

Overall, the film does deliver what it set out to do. 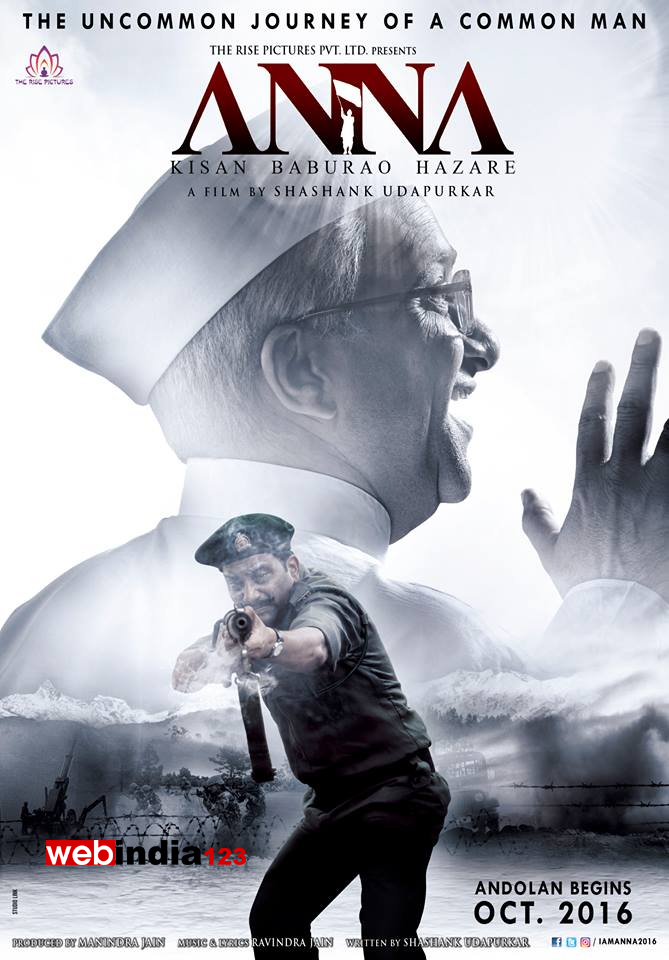