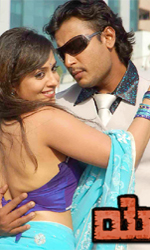 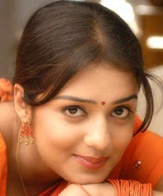 Yodha adds to the list of ever increasing remake films that are hitting the Kannada screen these days. A remake of Tamil film Bose, Yodha has some interest and expectations among the audience mainly because of Darshan. The film is directed by Om Prakash Rao who has made several hit films like Kalasipalya, Ayya and Mandya with Darshan in the lead.

Despite a huge load of expectations around it, Yodha does not disappoint because the film has an engaging narration in the beginning of the film and the action portions have been stylishly shot. And for the fans there is enough of Darshan`s dialogues and dynamism to whistle and enjoy. The film`s heroine Nikitha sizzles in dances and she also has a central role in the film.

Let us take the good points of the film first. The film`s main strength is certainly its making span with rich production values. The larger than life image of Darshan has been properly used in the action sequences and build ups. The dialogues of the film carry lot of punch to generate excitement among mass audience. Om Prakash scores in the narrative of the film in the first half-an-hour which keeps the audience glued to the screen.

The film`s negative points has a major share in the entire film. Barring the first half-an-hour, the film does not have elements to keep audience interest alive. Too many action sequences and predictable screen play does no good to the film. And suddenly the screenplay takes a twist where the hero starts bashing the city dons. And the so called comedy sequences that are linked to Darshan`s earlier film Kalasipalya is nothing but a a torturous viewing experience. Hamsalekha`s performance card is below average in music composition but slightly better in background score. And the fans are not wrong if they compare the film`s songs with the hugely popular songs of Darshan`s earlier films like Gaja, Indra and even Navagraha.

And Om Prakash Rao`s idea of generating some changes like including the references to some of the present controversies relating to Afzal Guru`s hanging, Mangalore pub attack and the frequent power cuts are some ornamental additions.

Captain Ram is a military commando who rescues Patil, the tourism minister of Karnataka from Jehadi terrorists. Taking a liking for his heroics, Patil engages him to provide security. While on deputation duty, Ram rescues a dancer Asha from being raped by the minister. In the process he also shoots the minister to physically harm him. To save the honour of the girl, Ram does not reveal the details in the Military Court Marshal which leads to his sacking from the army. An enraged minister wants to kill Ram who has now returned to his family in Bangalore. He engages city`s local dons to kill Ram. Meanwhile, dancer Asha become closer to Ram. Ram also understands that the minister is behind the killing of his father and had used terrorists to organise a fake kidnap operation to win sympathy votes in the election. Finally, Ram kills him for his unpatriotic deeds and arrests all the Jehadi terrorists.

With a big range of success behind him, Darshan surely knows how to please his fans. His dialogue delivery, action somersaults and fights will definitely please his fans. Nikitha looks sensuous throughout the film and shows her glamour quotient in the songs. Ashish Vidyarthi might have done the same type of role in hundreds of his films. Veteran actors Avinash, Sreenivasa Murthy have acquitted well in their respective roles. Sadhu Kokila`s comedy is quite irritating.

The film has some wonderful cinematography by K.M. Vishnuvardhan, who is growing with each film. Hamsalekha`s music is a let down. Songs in Dubai and the patriotic song is well choreographed.