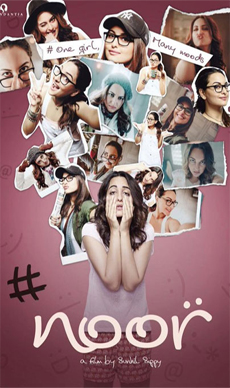 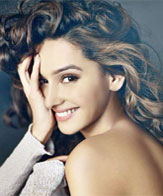 Noor': This crusader endears you all the way (Review By Troy Ribeiro; Rating: ***1/2)

Adapted from Saba Imtiaz's novel, "Karachi, you are killing me", Sunhil Sippy's "Noor" is about Noor Roy Chowdhury, a 28-year-old Mumbai-based journalist who lives with her father and a snooty cat, Dimpy.

A junior correspondent with a broadcast news agency, Buzz, Noor is idealistic and unhappy with her humdrum and uneventful life. She is keen to do meaningful stories that concern the common man rather than interview the likes of film stars Sunny Leone. Her two childhood friends Saad and Zara, who dote on her are her support system.

The urge to change her mundane life, make a name for herself and "break" a story as a journalist, lead the well-intentioned Noor to investigate a story further, that she inadvertently stumbles upon courtesy her domestic help, Malti. The repercussions of this story prove to be dramatic and life-changing for Noor, as she rediscovers herself and realises her responsibilities as a journalist.

Noor is a feel-good, contemporary film for urban India, which is well-made and addresses several issues that plague big cities like Mumbai with the protagonist Noor as a catalyst. The writing is praiseworthy and the narrative never loses focus although certain situations appear a bit unreal where the director takes a few liberties - Noor turning into an influencer and citizen activist overnight.

The first half of the film is racy and keeps you engrossed, while the second half drags in parts. Thankfully, the film is devoid of unnecessary violence or melodrama.

Director Sunhil Sippy has dexterously woven the life and aspirations of a journalist as well as the issues plaguing big metros. The dialogues by Ishita Moitra Udhwani, laced with wry humour and at times hard-hitting with messages, are definitely a highlight. The characters are well-etched and abound in conviction.

Sonakshi Sinha shines as the good-at-heart and earnest journalist with a conscience, seeking love in her personal life and accolades in her profession. She is a treat to watch as she essays her character with complete sincerity and ease. She exudes the right attitude and brings in the precise amount of sensitivity to her portrayal. Whether she stumbles clumsily over things or is guilt-ridden over a story gone wrong, she is convincing all the way.

Purab Kohli in a cameo as Ayan, the suave photo-journalist, performs competently. Stand-up comedian Kanan Gill in a new avatar, as Saad, Noor's London-based restaurateur, childhood buddy, transforms himself into the caring and dependable friend effortlessly and leaves an impact.

Shibani Dandekar as her DJ friend Zara, is equally natural. In his limited screen time, veteran actor MK Raina portrays the caring but distracted father with flair. Smita Tambe, as Malti, the domestic worker, deserves a mention for her realistic portrayal.

The cinematography by Keiko Nakahara is brilliant and captures Mumbai city and Noor's turmoil with equal candour. The film boasts of excellent production quality and aesthetically, there is a method in Noor's madness, both at home and at work.

The songs by Amaal Mallik, especially "Uff ye Noor", are pleasant and mesh seamlessly in the narrative without appearing forced.

Overall, the minor lapses in the portrayal of journalism as a profession, notwithstanding, 'Noor' is an enjoyable, breezy film which pivots around strong issues but is light-hearted too.

'Noor': Says so much without seeming to say anything (Movie Review By Subhash K Jha, Rating: ****)

Though I couldn't relate to her endless boozing and snoozing, Noor Roy Choudhary as played by Sonakshi Sinha, is someone I've known in passing. And that's I would keep her if I met her. At a safe distance.

"Noor" is not one of the best films on journalistic ethics. It doesn't do to the contemporary Mumbai media world what the Paul Newman-Sally Field starrer Absence Of Malice did 30 years ago. It pricks at the conscience in a rather undemanding way. "Noor" takes sly and slender satirical swipes at sensationalism in journalism, more delectable for its many jibes than the actual prick at the conscience.

The prick, when it comes, is not as solidly impact-filled as it should be. But by then, Noor has established her credentials for being an aimless adrift television journalist looking for a sense of purpose. That purpose' kind of falls into her lap with a gentle thud. Of course Noor messes it up. This is her prized USP, the ability to be absolutely and candidly self-serving without being apologetic about. She messes up and moves on.

Director Suhnil Sippy whose last feature film, the snappy and slick Snip came 17 years ago, doesn't skip a beat. He allows his vision to meander with Noor's sense of aimlessness, trailing her through endless drinking binges and a never-ending quota of bacchanalia with her two friends Saad(Kannan Gill) and Zara(Shibani Dandekar).

While Kannan Gill definitely needs elocution classes, Dandekar is delightfully saucy specially in the scene where she walks in to a bar to slap a man who has betrayed her best friend. I wanted to see more of her. More of Noor's editor's no-nonsense socialite wife played by Suchitra Pillai. And yes , more of Noor's boss played by the ever-excellent Manish Choudhary. The last time I saw a female journalist share such tactile vibes with her boss it was in Rajkumar Gupta's "No One Killed Jessica".

Sonakshi Sinha gamely plunges into the mediaperson's home 'groan' zone, mining into Noor's insecurities and inadequacies to come up with a character who is as real as any neo-realistic urban character, like, say Alia Bhatt in Gauri Shinde's "Dear Zindagi". Like Alia, Sonakshi is not afraid to address her character's uncertainties about her body and sexual activities.

This is a coming-of-age yarn that joyfully gets into the head and bed of its heroine, deconstructs the hoary Hindi Film Heroine, highlighting her appetites, culinary or otherwise, in ways that were considered inappropriate until a decade ago. Whatever "Noor" does, she does with an unabashed ebullience where she can and often does, trip and fall on her nose.

And when Noor falls in love she really falls. The segment showing her growing attraction to a rakish photojournalist (played with splendid suaveness by Purab Kohli) is brief and brilliant. The fit of heated passion subsides quickly. This is one of the film's prominent attributes. It rakes up issues and then quickly moves to something else.

Perhaps this mood swing in the narrative replicates the film's protagonist's restless energy which is killing her professional skills while destroying her personal relationships.

Sonakshi Sinha kills it, even as her character claims Mumbai is killing her. Her monologue on the smog, smut, corruption and heartbreak of Mumbai is indeed a highlight. Sonakshi throws in her weight with her character's fight to float above the metropolis' rising sewage level of moral turpitude.

The flow of conversational energy is the key to the narrative's efficacy. Ishita Moitra's dialogues add ample zest warmth and humour to Saba Imtiaz's skimpy novel about the socio-political awakening ofA an aimless reporter. In director Sunhil Sippy's hands, "Noor" is a lot more. It's about the media and sensationalism, the city and the singelgirl.

It's about "Noor" and her friends and her father(played by veteran M K Raina, delightful) and her cat, and her conscience. Sunhil Sippy packs it all in , leaving enough breathing space for the characters to acquire a life of their own.

Sonakshi can do things I never could: Shatrughan Sinha

Veteran actor and politician Shatrughan Sinha says that by acting in "Noor" his daughter and actress Sonakshi Sinha has proved that she can do things that he never could.Read More 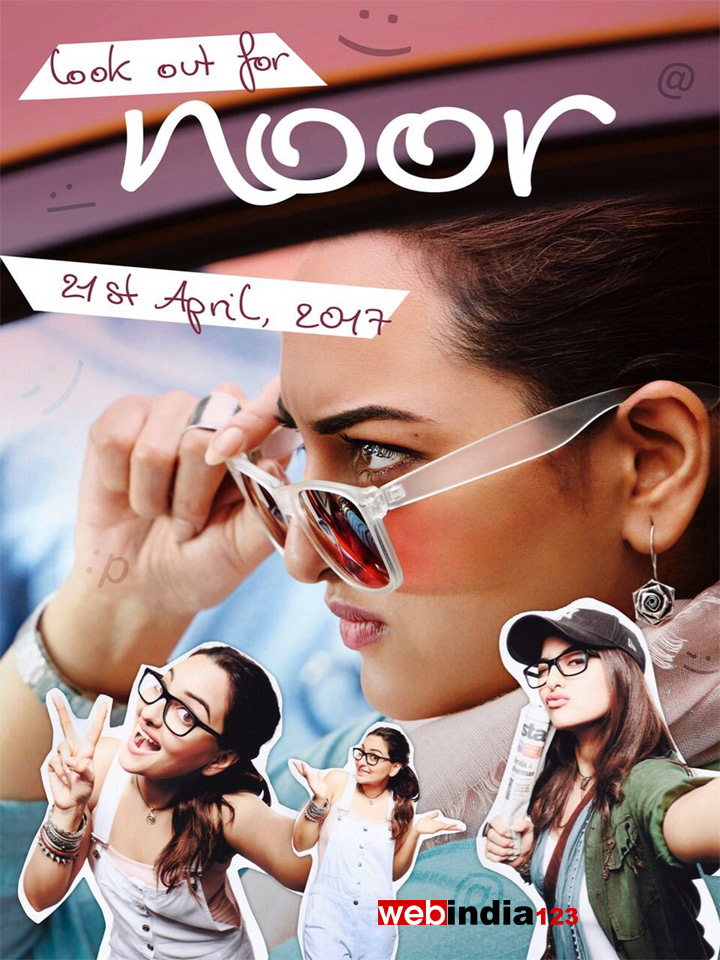 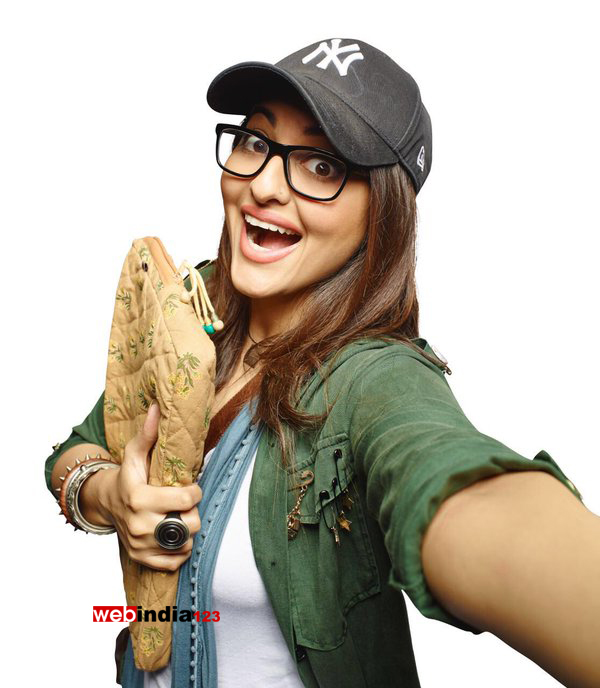 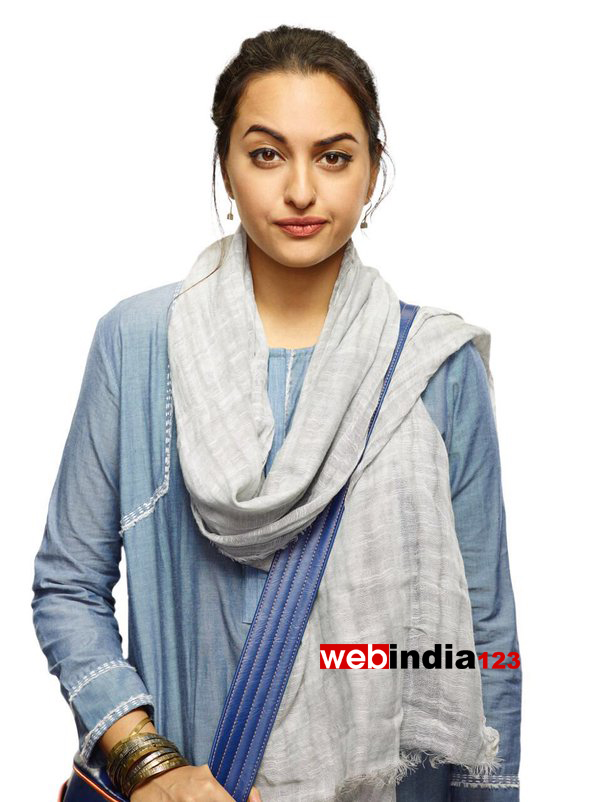 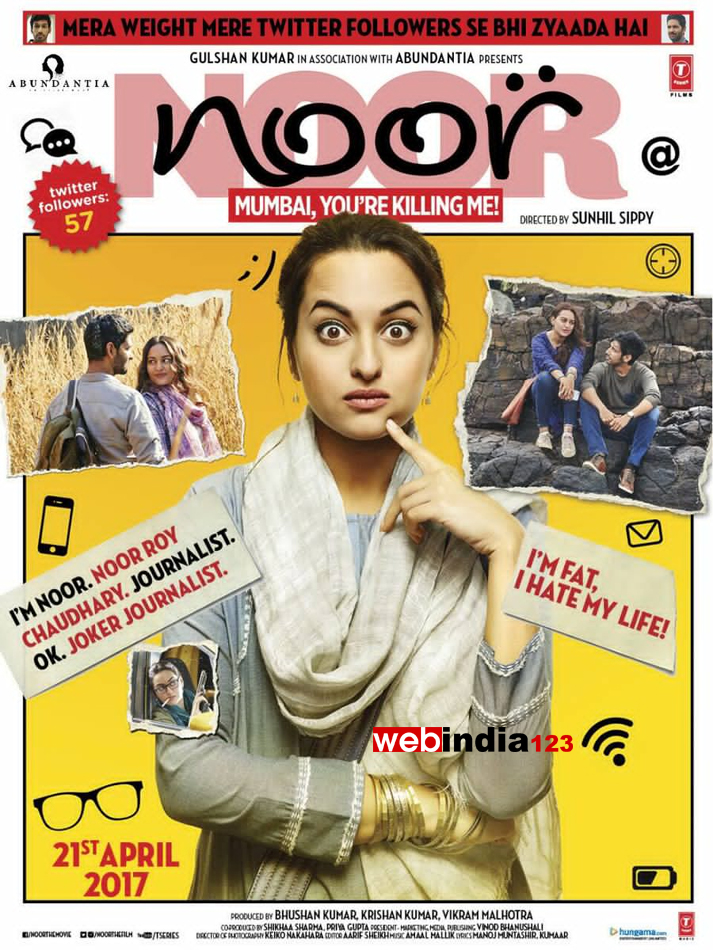 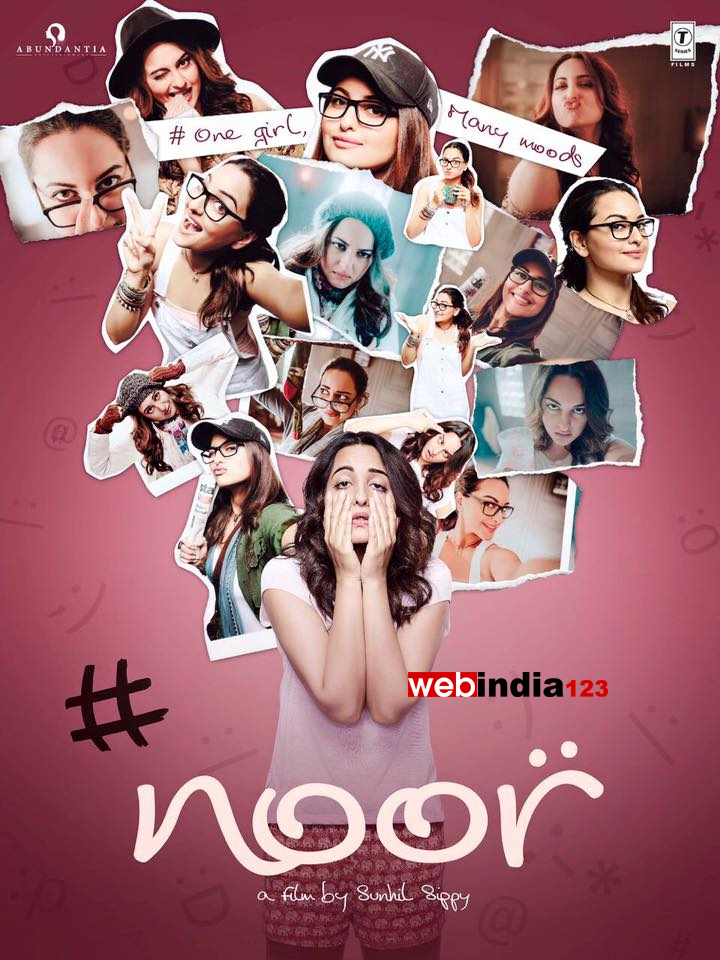 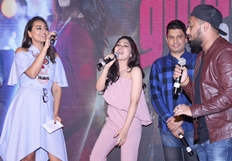