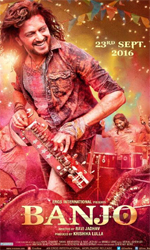 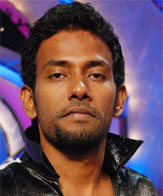 In what could be seen as a breakthrough performance for the underrated Riteish Deshmukh with reservations, "Banjo" provides him a chance to play a street musician in the bustling egalitarian bylanes of Mumbai where water scarcity is seriously countermanded by an abundance of dreams.

In fact one of the dreamers dreams of owning his personal water tank.

Deshmukh plays Taraat, who we are told, has been raised by a now-old and senile musician (Janardhan Parab). Early in the film when in typical "Raja Hindustani" style Taraat is supremely smitten by the Gori Memsahib from the US (Fakhri), he goes through a lengthy drunken monologue where he pretends to hold a conversation with his inert foster-father who can't hear a thing. Deshmukh exercises admirable control over the dialogues and the shifting emotions in the sequence, never overstating the self-pity for applause.

It requires herculean proportions of daring to attempt such a lengthy sequence during these times when audiences fidget faster than flies. As you sit patiently through Marathi director Ravi Jadhav's first Hindi film, you will come across many such moments that defy conventions of commercial cinema even while the narration remains stubbornly true to Bollywood cinema's age-old tradition.

In fact "Banjo" is endearingly old-fashioned in its world view. Its chawl-bred characters still look at fair skin as a sight for joy and happiness. And a woman showing legs and cleavage are ogled with unwavering eyes. Nargis Fakhri as the NRI who gathers together Deshmukh's banjo band for a fusion binge, is laughably plastic. She moves through the motions of her character's journey from the skyscrapers of New York to the slums of Mumbai with not a single moment of genuine emotion.

In a curious way her artifice tent-poles the plot, pins down its mad rush of street music and sweaty energy to a decorative centrepiece. Director Jadhav and his skilful cinematographer Manoj Lobo have shot the film in the unglamorous locations of Mumbai, abandoned ships, dockyards and warehouses where the street music is played with a vigour that is not only infectious but also unique to Hindi cinema which tends to avoid celebrating fringe sections of society.

Here the robust rhythms of banjo music merges with the thumping sound of burps belches yelps and yodels that rent the air in flamboyant notes of articulate street wisdom. The gaudy colour palates in the Ganpati song are segregated from the more austerely defined colours of the club concert in the later part of the film.

The characters range from the endearing (Dharmesh Yelende, Ram Menon and Aditya Kumar are exceedingly likable as Deshmukh's buddies) to the identifiably normal (Luke Kenny as Fakhri's desi-firangi Mumbaiyya friend) and exasperating (Mohan Kapoor as leery music producer needs to be whacked for playing a character so shallow).

Where the film founders terribly, almost bringing down the plot's spiralling aspirations, is in cramming too many strands and sub-plots in the screenplay that are induced to create a dilating drama. Also, the visual palate of streetside bonhomie tends to get over-cute at times.

Rather than digress into a sub-plot about a politician taking on builders, Jadhav's narrative should have stuck to the story of the street musicians who are embarrassed by the lowbrow status allotted to their art, until the American woman with the long legs and the leggier pout discovers them for her own devices.

Interesting music pieces (Vishal-Shekhar), a furiously implosive background score (Sourav Roy) and a principal cast that believes in the plot's quintessential rags-to-riches logic tends to keep the storytelling afloat. However, "Banjo" is unlikely to set the box-office on fire. Its energy remains half-doused by over-statement.

"Banjo" is a film about the underdogs -- both the musical instrument which has never perhaps got its due, as well as the four protagonists of the film, who play banjo in the ghettos of Mumbai to earn an extra buck to supplement their meagre income. They may be passionate about their music, but earning a livelihood takes over and they never enjoy their music or take it seriously.

Chris (Nargis Fakhri) a musician from New York comes to Mumbai in search of the popular quartet, after hearing the clip her friend and sound recordist Mikey (Luke Kenny) sends her, as she believes they may help her make the winning composition which she is keen to submit for a music festival in New York.

Nandkishore aka Tarrat (Riteish Deshmukh), a banjo player by night and an extortionist by day, who collects money for the local corporator Patil, whom he looks up to, Paper (Aditya Kumar), who is a paper seller, Vajjya (Raja Menon) who constantly dreams of flying in an aircraft, complete with a sexy air hostess, and Grease, a car mechanic, form the foursome. Music binds these friends who crave for respectability, which obviously eludes them.

The familial pressures to give up music and earn a proper livelihood, rival gang fights of slum dwellers and their dreams, action, romance, drama, to an extent even humour and pathos, director Ravi Jadhav has managed to inject all the possible ingredients in this low-budget film and given it the flavour of an inspirational musical drama with messages too.

Yet, there's something innately lacking in this film. It lacks depth. Its rustic essence is endearing and appealing in parts, but it skims the surface, as do all its one-dimensional characters. The premise seems half-baked and far-fetched and unfortunately, the weak screenplay does not help.

Riteish Deshmukh is sincere and even attempts to look like the musician he is playing. He fights, he emotes, sings and dances. His raw vulnerability and simplicity in some scenes is endearing, but the script limits him.

Nargis Fakhri seems incongruous, even though she makes a genuine effort to portray her character. The basic premise of her character travelling from New York to Mumbai in search of a local banjo group in the chawls, itself is preposterous. Her accent is in keeping with her character, as is her svelte attire, but it does not gel somewhere.

Aditya Kumar, Dharmesh Yelande and Raja Menon play their parts effectively. Aditya Kumar particularly stands out in the trio. Mohan Kapur as the head honcho of a music company has nothing much to offer. Luke Kenny as Mikey the sound recordist who speaks flawless Hindi and Marathi, is real.

The music by Vishal-Shekhar is undoubtedly a highlight of the film and "Bappa", "Rada", "Udan choo" and "Rehmo Karam" are numbers with foot-tapping beats, soulful lyrics and are mellifluously sung. The songs are well-picturised too and cinematographer Manoj Lobo has captured Mumbai beautifully.

In parts, "Banjo" has traces of films like "ABCD" and the obstacles in their path to make it big seem forced too, but it is the simplicity of the theme, which redeems it to an extent.

"Banjo" could have been a story well told, sans the customary cliches of the lives of slum dwellers, but nevertheless, it has its moments of earnestness and Riteish and the music of the film are certainly among them. You may not love it, but you will definitely not hate this film.

Actress Nargis Fakhri, who is all set to make her singing debut with the track "Habitaan vigaad di", says life is about trying out new and different things. Read More 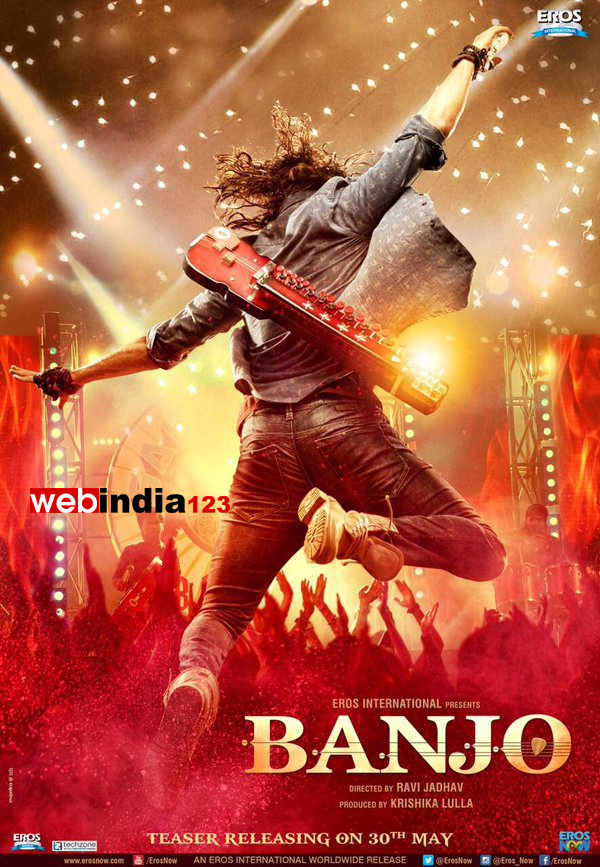 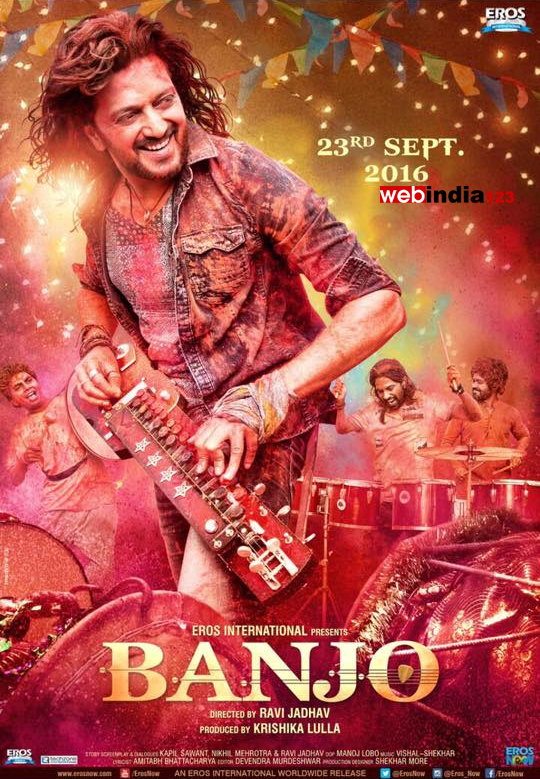 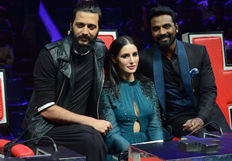 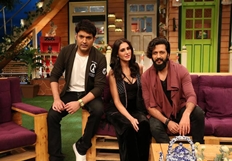 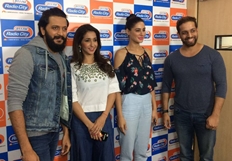