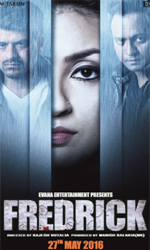 With a title like "Fredrick" and touted to be a psychological thriller, the film seems enticing. Alas, it is not!

The narrative begins with an interesting prologue in which, as a teenager, Fredrick is killed by his lover, Manav’s father (Rajesh Khera). Manav leaves home to lead an independent life away from his family and those who bind him.

Nineteen years later, a suspended Intelligence Bureau officer, Vikram Dixit (Avinash Dhyani) lands up in Mussoorie to search for his missing sister Shikha, who had gone there with her boyfriend. He soon realises that his sister had been abducted by a mysterious criminal called “Fredrick", and he tries to track him down.

He is not alone in his endeavour. His wife Amrita (Tulna Butalia) who happens to be his colleague, too accompanies him on this mission.

Director Rajesh Butalia’s directorial debut "Fredrick" is an interesting mystery thriller narrated in the most convoluted manner, making the viewing experience complex. The scenes in the plot run in loops with actuality, dreams and versions totally confusing and boring the audience.

While the director has invested his energy in plotting the narrative, he has overlooked characterisation. The poorly etched characters are all one-dimensional and shallow living in their undefinable universe. Apart from writing, the direction too is amateurish.

On the performance front, Prashant Narayanan as Manav aka Fredrick is intriguing. He has a deep voice and a strong onscreen persona, but unfortunately, he delivers his lines unenthusiastically. He also lacks the energy required for the character.

Avinash Dhyani in his debut performance as Vikram is realistic, he delivers what is required of him but he lacks the sheen of a lead performer.

With limited screen time and an off-beat character to boot, Tulna Butalia as Amrita makes her presence felt as an agile action-oriented heroine.

The action sequences which include fisticuffs and shoot-outs seem real but are a tad sub-standard.

The songs seamlessly merge into the narration and the background score is loud and racy, befitting the thriller genre.

With moderately decent production values, the locales and setting make for a decent small time film. Apart from the few impressive shots that capture the snowy terrain in Mussoorie, the overall camera work is unimpressive.

Over all, "Fredrick" which begins on a promising note, finishes on a disappointing one.

The story begins with a 16 year old boy, who seems just like all other guys , except than that his bonding was unusual with another boy of his age .
This bonding was highly objectionable to his father and he has reacted violent on that another guy .

One fateful day few unfortunate events has taken place . Which created the platform for the story to grow further .

In the breathtakingly gorgeous valleys and beautifully draped snow covered mountains of Mussoorie, a dark unknown shadow has cast a web of Human trafficking, whom nobody knows and no one has seen. only his name is mentioned everywhere . Fredrick.
Vikram, A suspended IB agent with his wife Amrita, are on a special mission who have come to mussoorie deliberately to get entrapped in this web.
What can be the reason that she needs to get kidnapped deliberately?
What was the plan? Will their plan succeed?
What they lost & gain in this mysterious journey?

The story takes a surprising and an unimaginable turn when Vikram realizes that whatever clue they finds during their search, they are all linked with Fredrick, every second they finds something shocking.
The biggest question for them is that who is this Fredrick? Where is he?
If Fredrick wanted to have him killed, he could have done so easily. then what's stopping him?
All the puzzles and mysteries are running parallely and when Vikram comes to know that actually Fredrick is not trying to kill him, he gets even more confused..

One day he finally comes face to face with Fredrick, who himself has come forth as a larger unimaginable riddle. Amidst all these mysteries and revelations this interesting tale finally reaches a painful end.

This story keeps the audience right from the first frame and forced them guessing and intrigued as they will can't move their eyes through the story. 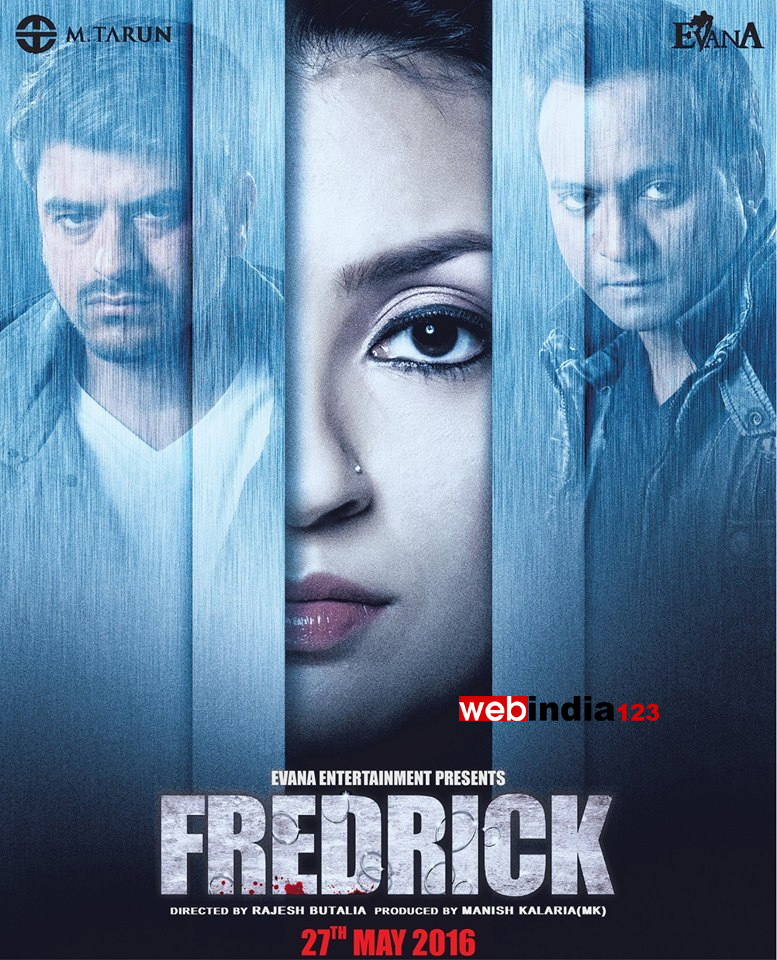