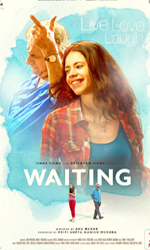 "Waiting" is about two people whose respective spouses are seriously ill and in a coma. Shiv (Naseeruddin Shah) and Tara (Kalki Koechlin) are just...waiting... Waiting for a miracle, perhaps?

Of the two, Tara is the younger, hence angry, confused and bitter. Shiv, who doesn’t know her from Adam (or Eve) takes charge of her, sort-of-holds-her-hand and guides her through the various stages that the bereaved must go through before they attain a state of calm acceptance.

There is this elegantly-staged scene in Tara’s hotel room where Shiv explains to her how she must make her bewildered way through the many emotions that destiny has suddenly thrust on her by putting her husband in a state of mortal uncertainty. Here, and everywhere else, we can see and hear in Naseer’s voice the full force of his experience in the art of bereavement.

The beauty of watching "Waiting" is that no one needs to fake it. Not the actors and not us the audience. We’ve all gone through the process of dealing with loss, or worse still, impending loss when someone dying in the other room is so close to your heartbeat, you wish you could lend some of your breath to the dying beloved.

It is this sense of lived-in experience that makes Anu Menon’s post-debut mellow-drama so denuded of drama it smells like life.

Nothing that Ms. Menon did in her first film, the picaresque rom-com "London, Paris, New York", prepared us for the emotional journey she undertakes in "Waiting". If wisdom is what we gather from travel, then Ms. Menon seems far more widely-travelled in "Waiting" than she did in her debut film.

Though confined largely to a hospital, "Waiting" never overpowers you with the smell of antiseptic, nor stifles you with gloom. There is a bright light piercing the dark mood of mortality that envelopes the film.

Though outwardly the grim tale is swathed in somberness, miraculously Ms. Menon bathes the two main characters’ irredeemably depressing predicament in a dip of sunshine. A lot of the positivity that the film exudes has to do with the two principal performances.

Kalki, with her rebellious mood swings and defiant attitude to destiny, makes the traumatized young wife’s role so vivid and vibrant, you just want to hug her and calm her down. Provided she doesn’t sock you in the crotch for stepping the line.

And what better antidote to hysteria than Naseeruddin Shah? Sagacious and so gracious in his suffering he brings to his role of the bereaved husband the kind of intrinsic tranquility that only the wisest possess.

There are also some very interesting peripheral characters and performances. Ratnabali Bhattacharjee as Kalki’s best friend who is caring and concerned but has her own life to live. Rajat Kapoor as a pragmatic, sometimes-ruthless doctor is excellent, though you do wonder if there are more doctors in the vast hospital.

And Rajeev Ravindranathan as a kind, gentle and godfearing office colleague of Kalki’s comatose husband is so spot-on that you wonder if the man knows he is acting.

There are many points of polemical discussion that this big-little film raises on the trauma of grief, morality and medical ethics. To its credit, the film doesn’t allow the narrative to be weighed down by existential issues. By and large, the two actors are given room to let their bonding over a bout of bereavement grow organically.

Apart from a few strenuous episodes (Tara’s sudden outburst on seeing messages on her comatose husband’s phone from a colleague who turns out to be a male buddy, is jarring). "Waiting" swims through the tides of its traumatic design with candour and grace.

This is a gentle and moving heartbreaking story of two strangers bonded by bereavement, one wise and retrained and reluctant to use the ‘F’ word even when life fucks him over, the other volatile and temperamental and so proud of her Twitter sociability that she didn’t get time to realize life is not about how many followers you have, but how minutely you read the writing on the wall.

Not since Ritesh Batra’s "The Lunchbox" have I seen an indie film addressing itself to the ageless issue of human desolation and individual grief with such warmth, dignity, grace, honesty and humour.

Don't know if I fit in: Kalki Koechlin

Actress Kalki Koechlin says she is least bothered about whether she "fits in" Bollywood as she is highly passionate about the creative process of a film. Read More

A retired professor whose wife has been in a coma for eight months meets a terrified young wife whose husband has slipped into coma after a sudden accident. Will grief drive them both insane, or can two lonely strangers support each other? 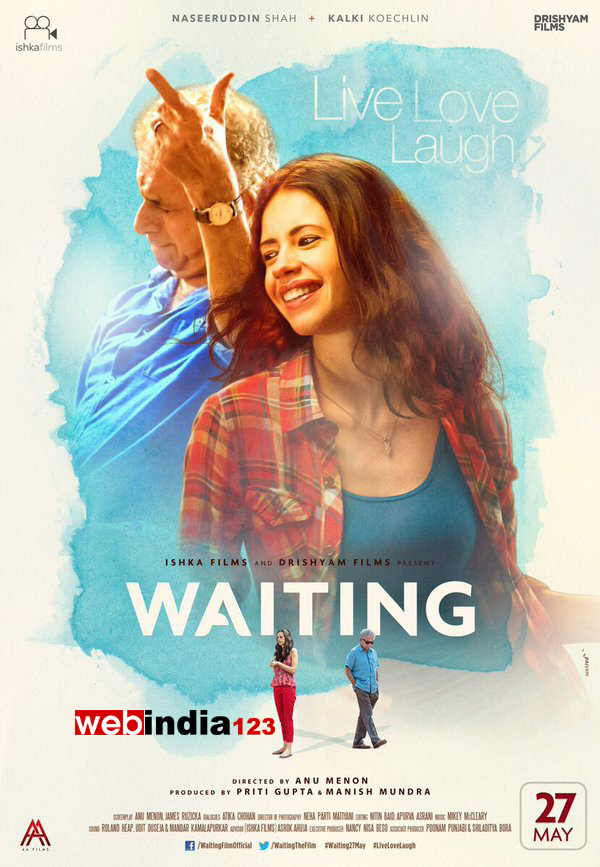