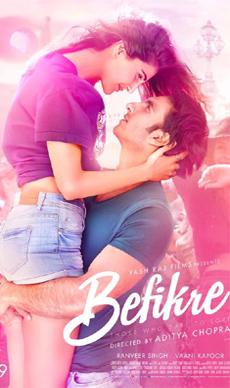 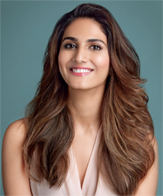 Remember "Neil & Nikki", the plotless story of a couple played by Aditya Chopra's brother and Kajol's sister, who couldn't keep their hands off one another?

"Befikre", Aditya Chopra's new bizarrely subverted directorial undertaking, reminds us of "Neil & Nikki" and not in a nice way. As in that forgotten Yash Raj film, "Befikre" relies almost wholly on the carnal chemistry between the couple for the non-existent plot to move forward.

But where is the music that our souls can dance to? "Befikre" is a loveless love-story? The protagonists way too much in love with themselves and particular part of themselves, to reach out tenderly into the night.

It's a frighteningly puerile premise, not rescued from drudgery by the Parisian setting. Delhi's Karol Bagh boy Dharam (Ranveer) meets Paris ki chokri Shyra (Vaani). From the outset this couple is made for each other, and not in any good way. They both seem to think that a lack of genuine seriousness in matters of relationships and commitment is a sign of emotional growth and cultural development.

This is the kind of film where the girl swigs beer out of a bottle and dances drunkenly on table tops.

This time Ranveer's notorious energy level is in serious need of restraint. He is all over the place in Paris and thinks with his penis most of the time. The film - and Ranveer's character - hungers for sobriety. Instead it gets more than two hours of backfooted bacchanalia, as though Paris is synonymous with hedonism, as though every couple on the streets is fully into PDA (the censor board seems to have fallen asleep while watching the smooching spree),as though Aditya Chopra has just discovered the pleasures of the flesh in a revealing flash.

It's all too flighty, flirty and fitful to seem like a makeover for the director. Very often I felt Chopra was living out the fantasy life of no-strings-attached free sex that he couldn't possibly live out himself. "Befikre" is wish-fufilment at the lowest level. Its description of a lustful liaison never goes beyond the crotch level to define the man-woman relationship in modern times. Both Shyra and Dharam are too unlikeable to endear themselves to the audience. Their hands-on self-gratification gets the narrative nowhere that we would like to go.

Yes, some of Paris is shot with splendid visual authenticity. But that's the least one expects when there is a Paris-based cinematographer Kaname Onoyama on board. Onoyama gets Paris into his protagonists' DNA. But Aditya Chopra is unable to get the boisterous over-sexed Punjabi out of them. Both Ranveer and Vaani act out their love scenes with a gusto bordering on primitive ecstasy replicating the enthusiasm of canines on heat. But there is no sublimity in their souls, no music in their movements even when they dance like a dream in the climactic wedding-fiasco episode.

The mess in the Church wedding is so embarrassing I felt sorry for the director. What a sad place for the illustrious Chopra legacy to rest its libido.

It's not really the two actors' fault, really. We've seen Singh do much better in Sanjay Bhansali's film. And for all we know, there might be a decent actress under Vaani's imperturbable exterior. But for now, this is all there is to it.A turgid non-musical drama which moves in the opposite direction to Damien Chazelle's La La Land.

Where is the gentle touch and the tenderness in the relationship between Dharam and Shyra? They are too busy kissing to feel anything beyond the lips. I can see Raj and Simran shaking their heads in disbelief. Sure, they had sex too. But not while we all watched. This voyeuristic version of romance in forbidden places is about a boy who can't keep it in his pants and a girl who thinks stripping to her bra is cool.

"Befikre" is like old wine in a new bottle. A familiar story of friendship, love and realisation, a tried and tested premise that is predictable with the same landmark points or milestones that fulfil the dramatic quotient. Only the setting is different, in this case - Paris. And this plays a major part in contributing to the uninhibited lives of its characters.

The film begins on a dramatic note, with Dharam (Ranveer Singh) and Shyra (Vani Kapoor) fighting. In the heat of the moment Dharam calls Shyra a "French Slut," who has not spared any French guy. Insulted and furious, Shyra walks out of her live-in relationship, back to her parents house.

Narrated in a non-linear format, the plot encapsulates three years of the protagonists' lives, which reveal how Dharam, a stand-up comedian from Delhi, met Shyra Gill, an equally free spirited girl, on his first day out in Paris and how their, dare-to-live attitude binds them.

While every love story is based on the premise that the couple care a damn for society and are carefree, here the characters lead or at least pretend to lead a carefree life till realization dawns on them that they are inseparable.

As a love story this works at a mundane level and the treatment, in keeping with the times, is racy and perfunctory. The humour seems forced. Every scene is a nugget or a chapter that is juxtaposed with the past and present, a seemingly lazy method of screenplay. The characters too are poorly crafted, they are one-dimensional.

The dialogues by Sharat Katariya are taut, racy and bluntly witty and are smoothly mouthed by the cast.

On the performance front, the actors live up to their reputation. Ranveer Singh is charismatic and charming with his abundant energy; he plays Dharam with conviction, but unfortunately appears stereotypical.

Vani Kapoor is competent as the "Psycho Chick" and she matches Ranveer in energy and histrionics. Her performance reasonates with the right attitude that makes her stand out. In fact she sways the audience with her impressive dance moves.

Armaan Ralhan, O P Ralhan's grandson, in an unstated but impressive performance, makes his presence felt as Aneya, the investment banker who is supposed to marry Shyra. Akarsh Khurana and Ayesha Raza Mishra as Shyra's restauranteur parents are restrained with their limited screen presence.

The first half of the film has its moments of exaltation, but the second half, though racy, gets predictable and drags in parts. The chaotic climax that takes place at the wedding altar accompanied with a loud screechy background score, does not add any chutzpah to the narrative.

The songs are beautifully choreographed, but they punctuate the narrative rather oddly.

Visually the film is all gloss and Cinematographer Kaname Onoyama's frames are good. In fact his aerial-sweeping shots are rather impressive.

If only Aditya Chopra was not bogged down with the business of filmmaking and instead made a romantic film in a carefree manner from the bottom of his heart, his latest missive would have been a different tale to tell.

Overall, "Befikre" captures the "pagalpan and bachpana" that is the madness and childishness of its protagonists in a cliched and not classic manner.

Befikre is a story that celebrates being carefree in love. A quintessential Delhi boy Dharam (Ranveer Singh) comes to Paris for work in search of an adventure. Just when he was about to embark on this journey of his life he bumps into a wild, free spirited, French born Indian girl Shyra (Vaani Kapoor).

A feisty romance ensues between the two in which both of their personalities - one being an equal match for the other are tested to the limit. Battling their ups and downs, both realize that love is a leap of faith that can only be taken by those who dare to love. 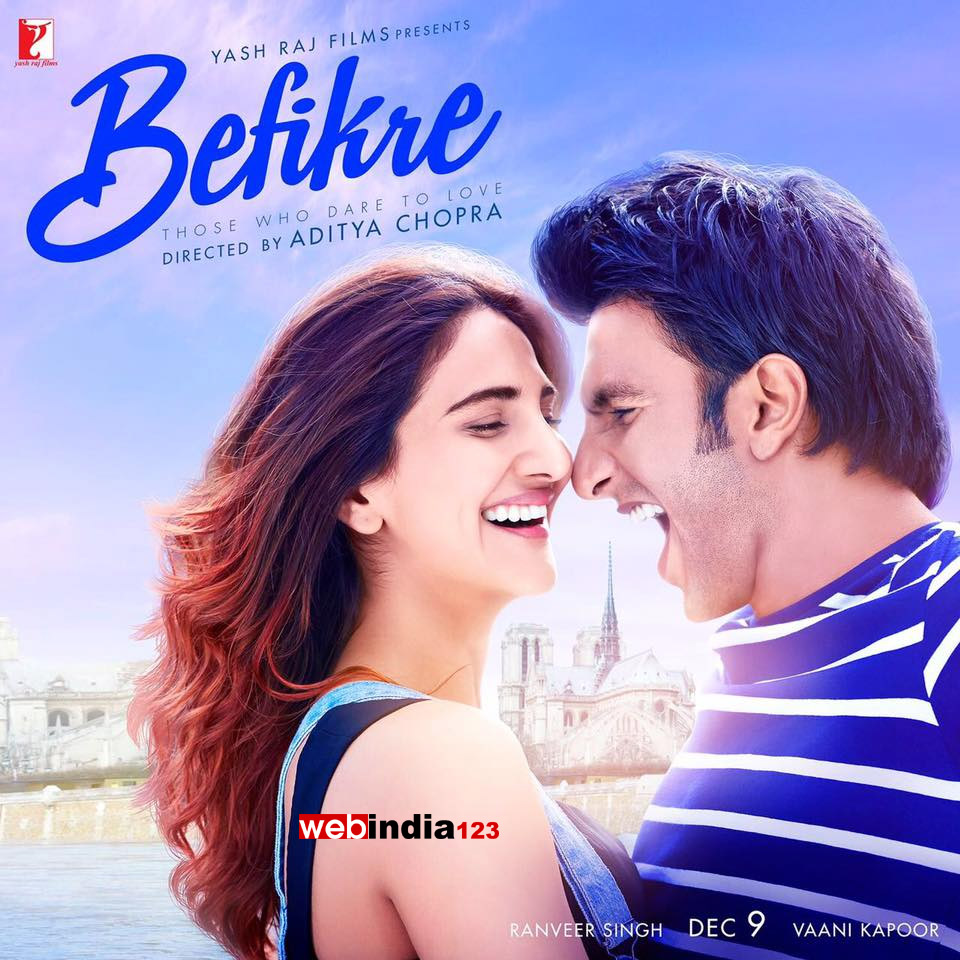 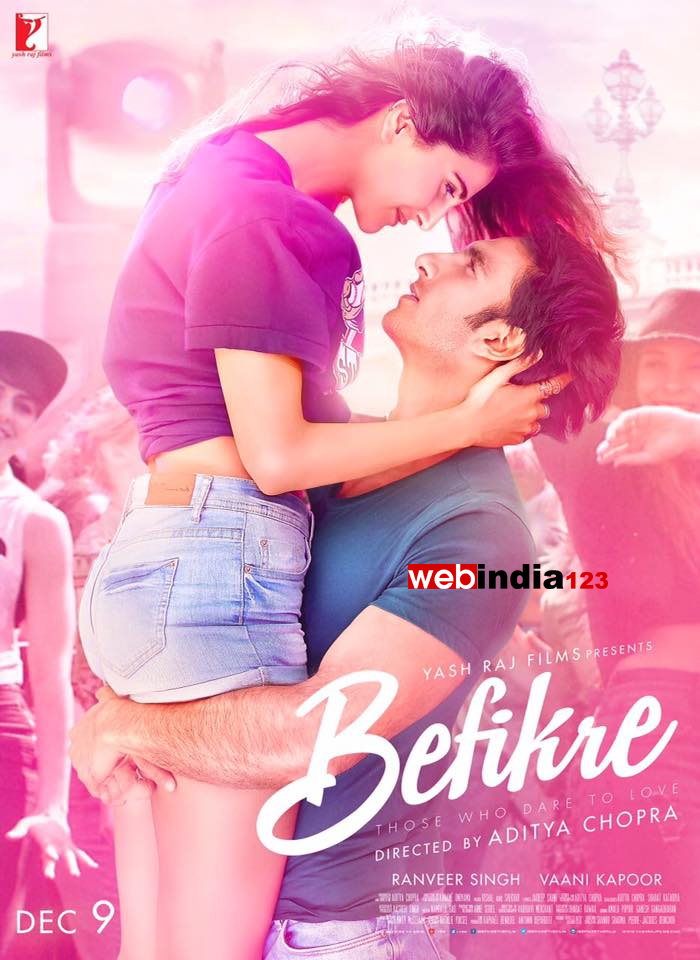 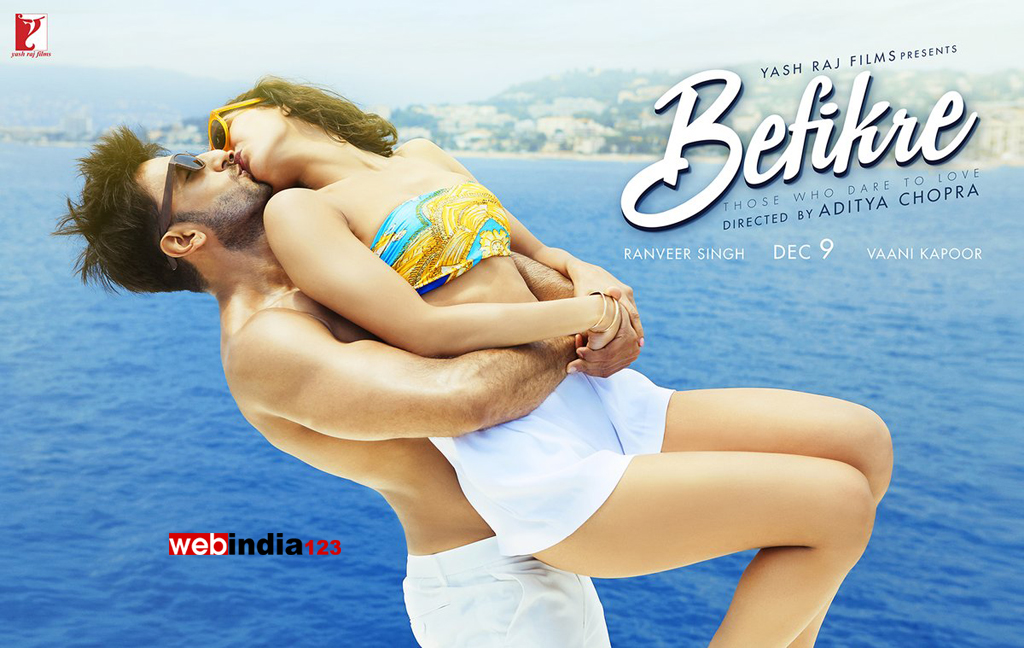 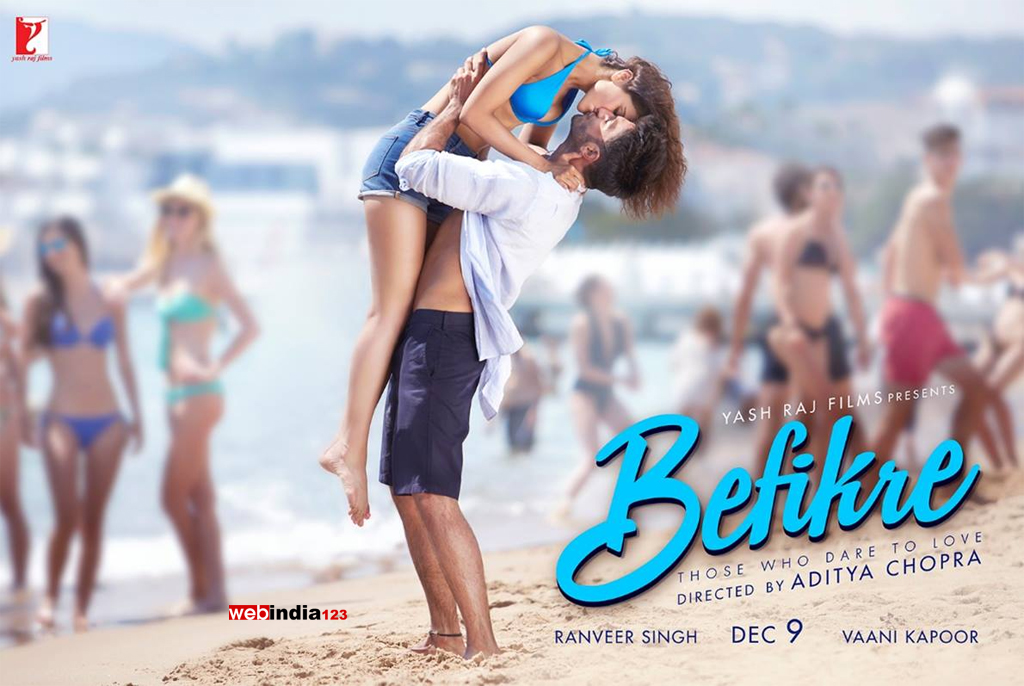 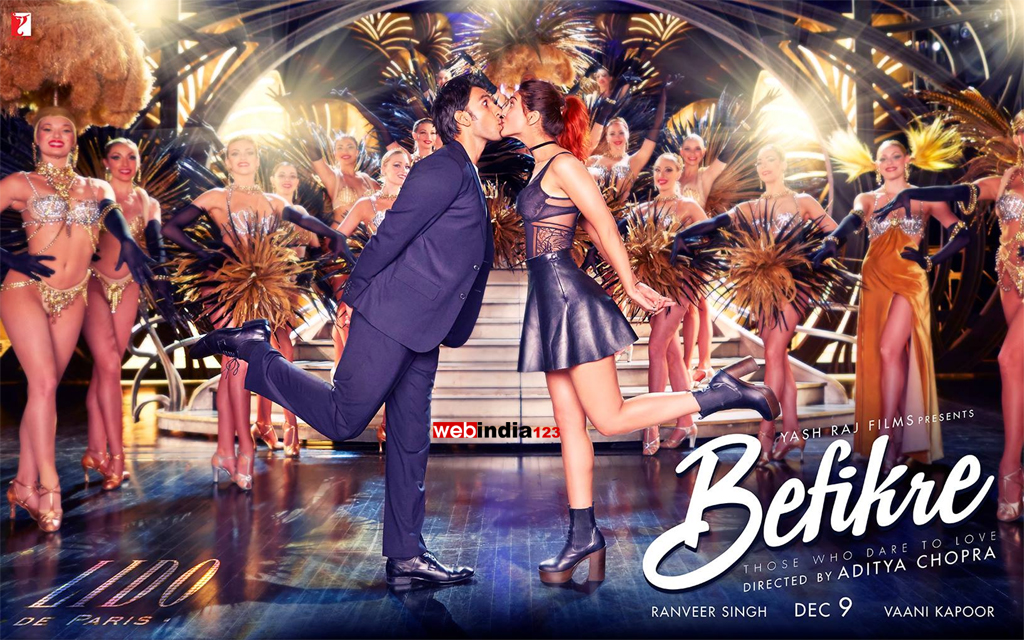 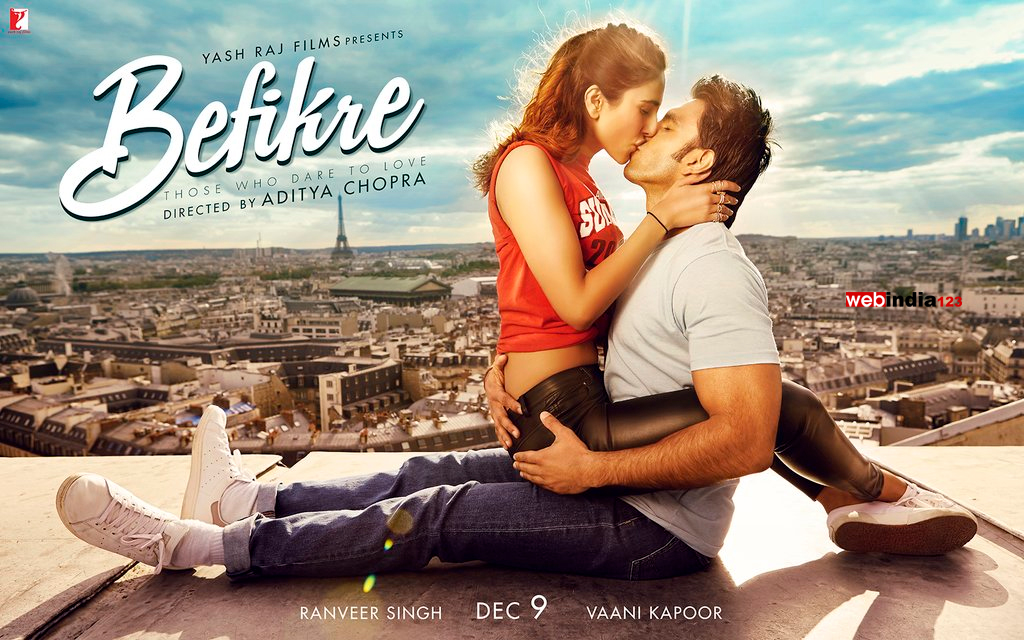 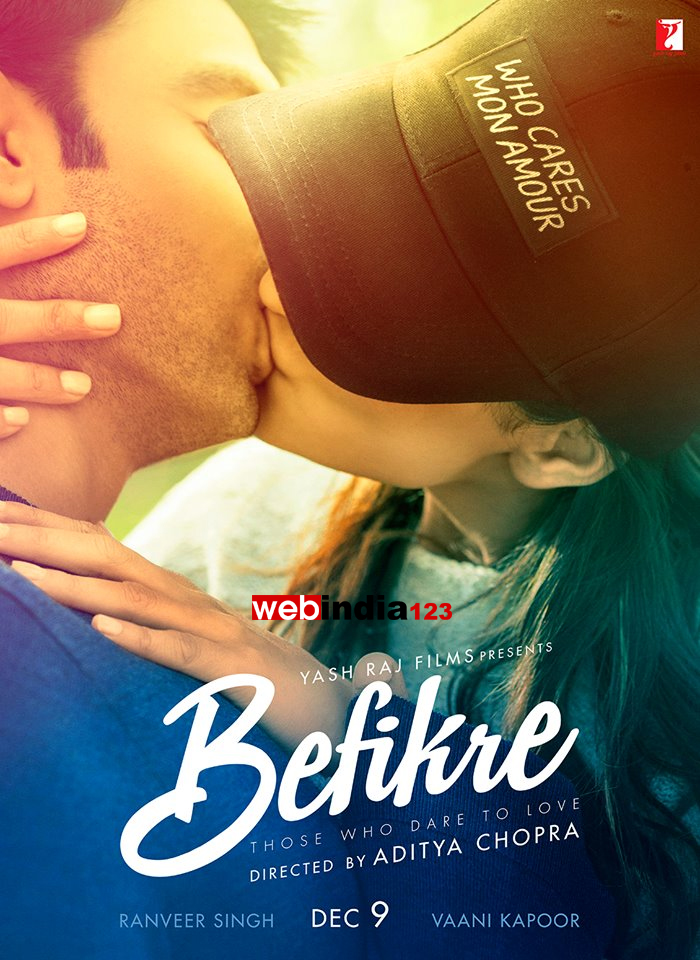 Singers : Nikhil D`Souza,Rachel Varghese.
You And Me 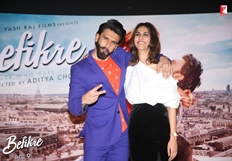 You and Me Song Launch Event 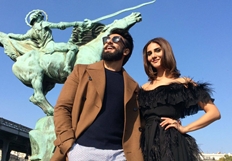