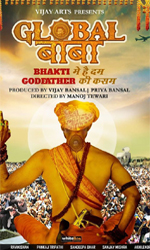 A satire on fake godmen and organised religion in the country, "Global Baba" is the story of a criminal who takes refuge as a godman and how with a large set of followers, he becomes the most powerful and sought after person in society.

The film is an eye opener for religious fanatics, who cling to their messiahs for hope.

The narration starts with a lengthy prologue. The exposition is verbose and lays the foundation of the tale. It blatantly tells us, that nothing is going to change in our country with "hamara desh jahaan hai wahin rahega", and it further reveals how a notorious criminal Chillum Pehlwan (Abhimanyu Singh) is transformed into a godman called "Global Baba."

Set in a small town Kabirganj, what follows is the meteoric rise of Global Baba from ignominy to a person of stature. How he strives to maintain his position, forms the crux of the tale. It reveals the dark underbelly of a cynical society, the faith people have in godmen and the nexus between politicians and religious heads in the country.

Writer Surya Kumar Upadhayay's story does not reveal anything new, but he has invested in his characters, their dialogues and the screenplay, which is taut.

The brilliant performances by the lead cast and the anticipation of how the tale will unravel is what keeps you glued to your seat.

Since the tale centres on Global Baba, the film is Abhimanyu Singh's canvas all the way. He delivers his part sincerely, as the fugitive and later, as the influential Guru.

But it is Pankaj Tripathi who steals the show as Damru, Global Baba's lackey and the brain behind his existence. With a lisp in his speech and a natural flair for dramatics, he hogs the limelight as the conniving and lecherous Godman.

Sandeepa Dhar as Bhavana Sharma, the journalist who works for the politician Dallu Yadav, is competent and delivers a credible performance, in the limited screen time she has.

Ravi Kishan as Inspector Jacob, who is in pursuit of Global Baba, is perfunctory. He does not add any nuances to his stereotypical character.

Akhilendra Mishra plays the role of the politician Dallu Yadav with gusto, Sanjay Mishra, however, as the rationalist Bhola Pandit, is deadpan in an oft-seen persona. The character does not exploit his potential to the fullest.

With moderate production values, director Manoj Tiwari's witty style in handling this subject makes the film feel real and raw. Except for a few offbeat scenes the film surpasses expectations, in every dimension. The songs and the background score have been skilfully used, to create the right mood and aids in story progression.

Overall, "Global Baba" is a decent film which delves into how mob mentality and faith work in India. 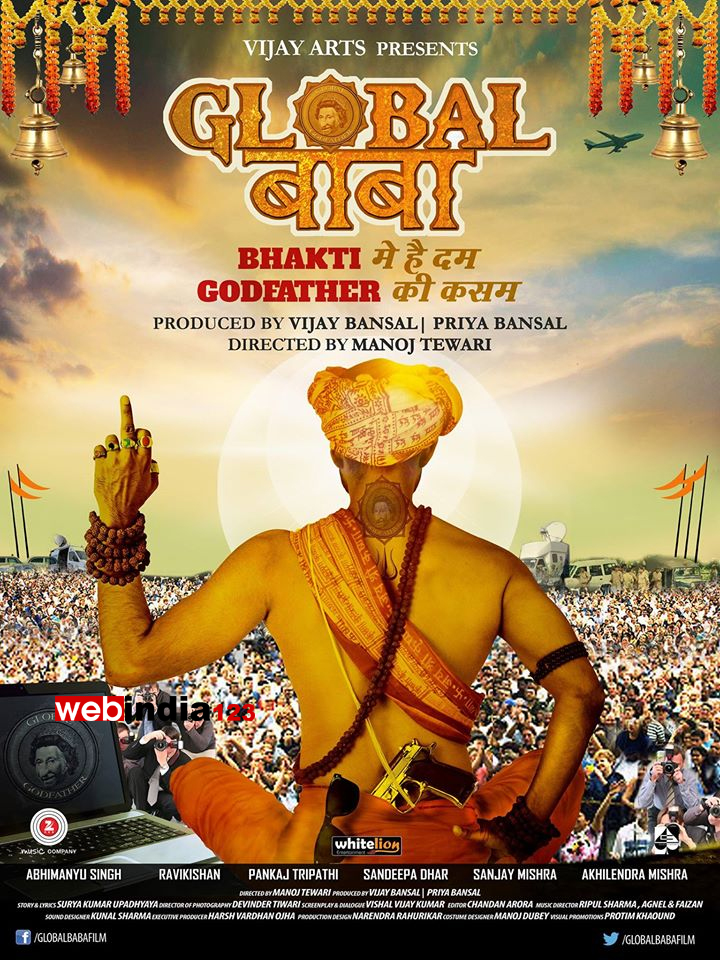