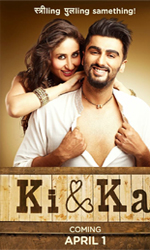 The 'streeling' (feminine factor) is pulling Arjun Kapoor into the kitchen. And Kareena Kapoor Khan doesn’t mind as long as he is fully functional in the bedroom.

That, dear audience, in a nutshell is "Ki & Ka". A film about role reversal between the sexes where the ambitious wife Kia (Kareena) goes out to earn the bread and butter, while the husband Kabir (Arjun) is blissfully happy looking after the home.

Immediately, there is an infectious charm to the proceedings. Every scene is a joy to behold. It could have something to do with Kareena’s presence. She lights up every frame as only she can. And then when you have the cinematographic genius P.C. Sreeram manning the lenses, even Arjun Kapoor looks so radiant, you want to ask this couple… Where do they generate so much sunshine in their souls?

Most films about married couples in Bollywood are paeans of pain. Well, surprise surprise! A marriage need not be a melody of misery, provided the couple does what it wants to without caring about how they would look to the world.

So when Kabir meets Kia on a flight, they hit it off instantly. The words that flow between the cool Kabir and the hot Kia are so conversational that I wondered if Arjun and Kareena thought of the dialogues as they played out their characters’ combined karma. The dialogues are never florid or bombastic.

This is Balki's take on how to playfully dodge gender stereotyping in a country where even words have a gender. Given the unbelievable patriarchal prejudices, it takes guts for a man like Kabir to tell his father to shove his wealth up his you-know-what, as Kabir wants to be a housekeeper like his mother.

It takes even more guts for an actor to play a man who is happy cooking, cleaning and living off his wife’s income.

Arjun Kapoor makes the character’s unconventional, some would say downright embarrassing aspirations seem so normal, you wonder why more husbands don’t adopt the you-go-I-stay route. This is by far Arjun’s most accomplished performance. The joy he exudes in house-keeping chores is almost contagious. The hurt he conveys is palpable when his wife begins to resent his growing popularity ("Abhimaan" in reverse) as the face of the metrosexual man very happily, very heterosexually in touch with the feminine side of his personality.

Perhaps it is the company that Arjun keeps. Kareena Kapoor Khan’s beauty, plus her ability to communicate her character’s frantic ambitions without making her seem like a man in skirts, makes Balki’s job a lot easier.

This genial film about two young, free-spirited people who assume non-traditional roles and then live happily ever after (almost) is powered by terrific directorial treatment. Freed of flamboyant and florid flourishes, the free-flowing narrative sweeps you with its understated charm.

The crisis point in Kia and Kabir’s winsome togetherness is reached in a tongue-in-cheek homage to Hrishikesh Mukherjee’s "Abhimaan". Kia’s outburst, accusing Arjun of being a scheming manipulator makes her look awfully unfair and rather paranoid.

Wives, we know, are capable of such temporary lapses of reason.

The crisis, you feel, is brought on because every film needs one. Ironically, the climactic crisis in the couple’s marriage is precipitated by Amitabh and Jaya Bachchan who make a very agreeable joint appearance. The best dialogue of the film is given to Mrs. Bachchan who tells her superstar husband, “If I had continued my career and if you had agreed to look after our home, I would have been the one waving to fans outside.”

The film begins with Arjun Kapoor sobbing on a flight and ends with Kareena Kapoor Khan sobbing on another flight.

They are welcome to their drama. We came away smiling from this affable story that proves a happy marriage is not a myth. Not yet.

Dealing with gender bias and role reversal, "Ki & Ka" is a well-executed love story of an unconventional couple.

The narration begins on a forced note with Kia (Kareena Kapoor) in the midst of a wedding celebration, giving a spiel on telephone as to why she prefers to remain single, thereby shocking everyone there. This and the following scene in an aircraft where Kia meets Kabir (Arjun Kapoor) seem calibrated, enforcing the premise of the film.

It is amusing to watch Kabir explain "I want to be like my mom, who was an artist" and his fixation to be a home-bound husband.

What follows is how the two of them defy norms and yet forge a bond. Their brief romance, instant wedding sans any rituals and their routine married life, forms the story. It is the curiosity factor as how the tale will unfold that keeps you hooked to the very end.

Writer-director R. Balki's characters are perfectly chiselled with the right amount of emotional overtures, making them convincing and relatable. The plot, set in a hassle-free society, is taut, formulaic and evenly paced with no overtly major dramatic twists. It does not navigate through a cliched path, which is what makes the film questionable, yet refreshingly acceptable.

The screenplay is extremely measured while presenting both Kabir and Kia leading their routine independent lives yet interestingly entwining their lives. Also, the fountain is effectively used as a metaphor to show the rising emotional turmoil that plagues Kabir, but its repetitive use kills the joy of subtlety. And that holds true too for the constant and pronounced reminder of the premise.

The dialogues are crisp, simple and ingeniously witty. They are intermittently spiked with rhetorical questions which often elicit a chuckle.

Consider it as the perfect casting or good acting, Arjun Kapoor slips into the shoes of the considerate and poised Kabir Bansal, with ease. He nails his character to the tee, playing the exceptionally progressive husband with kind fervour, that is neither repulsive nor comical. He is simply charming as the pragmatic trend setter.

Kareena Kapoor Khan plays Kia, Kabir's ambitious, corporate-escalating wife and the bread-earner of the family with equal passion and conviction. But somewhere down the line, she does not rise from her own mould of being Kareena Kapoor Khan, the actress.

Of the supporting cast, Swarup Sampat shines as Kia's equally broad-minded mother and Rajit Kapur is perfunctory as Kabir's obstinate, tradition-abiding father, who shares an awkward relationship with his son.

Jaya Bachchan and Amitabh Bachchan, in guest appearances, are a pleasant surprise, essaying their real lives, which beautifully integrates into the narrative.

The film has sleek production values expected of an A-lister, but P.C. Sreeram's camera work with a few blur frames fluctuates, giving you visuals befitting a television production.

The song "Foolishq" does not integrate well into the narration while the number "He is the most wanted munda" is effectively used to show the parallel tracks of Kabir at home and Kiya at her office -- both excelling in their respective areas.

Overall, "Ki & Ka" will appeal to the urban audience and is worth a watch for Arjun Kapoor's honest performance.

I promise to do one or two films a year: Kareena

Bollywood actress Kareena Kapoor Khan, excited about "Veere Di Wedding", her first release post pregnancy, has promised she will do at least one film every year.At the trailer launch of "Veere Di Wedding" here on Wednesday, Kareena said: "Right now I want this movie to release. I wanted to be a part of (this film) and I am happy about it. I haven't thought about what I'm going to do next. Let's see, Taimur (son Taimur Ali Khan) is just 16 months old. Read More

The term gender equality is a cliche: Filmmaker R. Balki

All humans are equal and there's no reason to be loud about one specific gender, says acclaimed filmmaker R. Balki, whose "Pad Man" -- about a man focused on women's menstrual hygiene -- is releasing on Friday.

Whether it was "Paa" or "Ki & Ka", Balki has always projected women characters as exceptionally strong, and without having the tag of a "woman-centric" film.

Asked if that is his way of celebrating feminism and gender equality, Balki told IANS: "I think the term gender equality is a cliche. People are equal. Whether it is rich or poor, black or white, man or woman, and people with different beliefs -- we are equal. 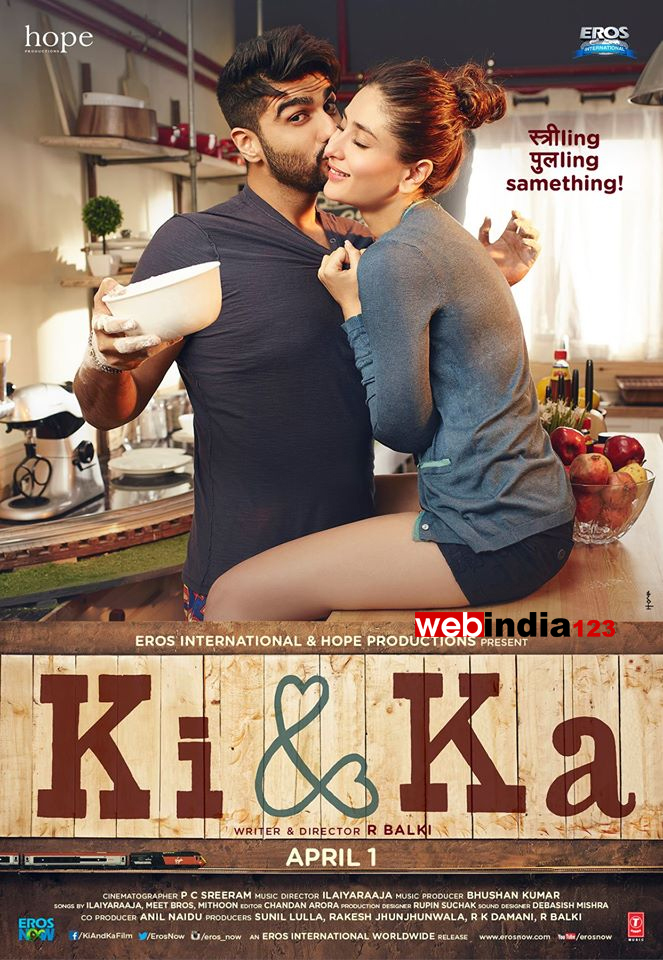 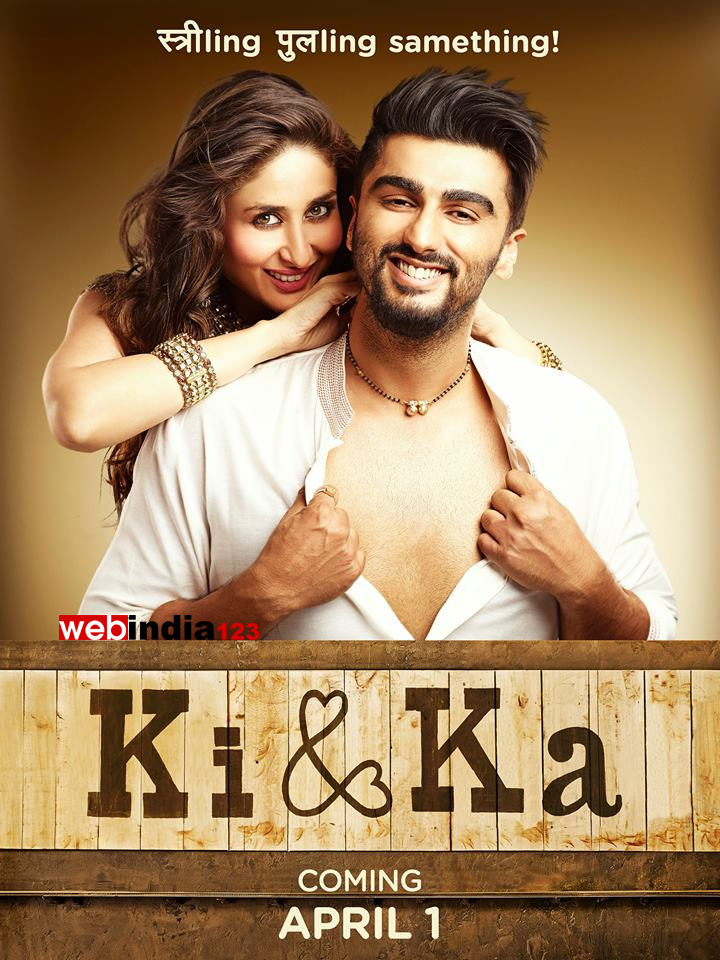 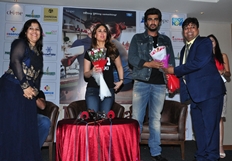 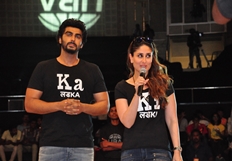 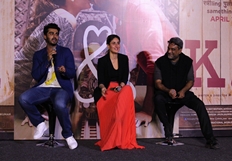