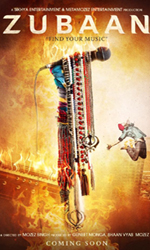 "Zubaan", a musical drama, is the journey of Dilsher Singh (Vicky Kaushal) to self- realisation.

How he grows from an insecure lad to a confident, manipulative young man, travelling from his hometown Gurdaspur to Delhi, ready to write his own destiny, is interesting.

In the first act, Dilsher is pleased with the response he gets when business tycoon Gurucharan Sikand says that he recognises him. Awestruck and dumbfounded, Dilsher reiterates, "mainu pechanaji?" (do you recognise me?). This insignificant moment lays the ground for the crux of the story to unfold.

The screenplay with a layered narration, well-etched characters and gripping performances, make "Zubaan" real and stand out. The adept manner in which the back stories are inextricably woven into the main narrative is praiseworthy.

Director Mozez Singh succeeds in making the tale interesting, interspersing it with the right amount of drama and emotions.

The pace meanders at times and the sub-plot embellished with trance music captured with moody atmospheric lighting is a bit exaggerated, superfluous and unwarranted especially the "Dhruvtara" sequence.

Vicky Kaushal as Dilsher, who has lost his confidence and developed a fear of his inherent talent, music, is a treat to watch. He is natural and essays the graph of his character effortlessly and adroitly. At every stage, in his journey of self-discovery, he brings several nuances to his portrayal. Whether it is the flawless Punjabi accent with a stammer or singing with gusto, he gets into the skin of his character with ease.

The actor playing the young Dilsher is equally good and in sync with Vicky in mannerisms, body language and is aptly cast.

Sarah Jane-Dias as Amira, a singer who inspires Dilsher and plays his love interest, is competent but leaves no impact as an actor.

Raghav Chanana as Surya Sikand, Gurcharan's son, who is insecure and constantly seeking his father's acceptance, essays his role brilliantly too.

Meghna Malik as Mandira Sikand, Gurcharan's wife, is effective and makes the most of her limited screen time as an actor.

The music of the film plays a pivotal role. The numbers, "Ajj sanu o mileya" and "Mitar pyare nu" are melodious and inspiring. They fit well into the context of the tale.

Swapnil Sonawane's cinematography suitably captures and depicts the mood of the film. His camera angles and movements are unique. The editing by Deepa Bhatia is crisp and helps in enhancing the viewing experience.

"Zubaan" is a well made motivational film worth a watch.

I'm not judgmental about any character: Actor Vicky Kaushal

He played a simpleton in "Masaan", a singer in "Zubaan" and a drug-addict and policeman in "Raman Raghav 2.0". Vicky Kaushal has given critics and audiences enough reason to call him a versatile actor, and says it helps him that he is not judgmental about the characters he gets to play.Read More

Zubaan is a coming of age story of a young man who has a fear of music and is set between Punjab; Delhi. It is a Wave Cinemas Ponty Chadha presentation in association with Raju Chadha. 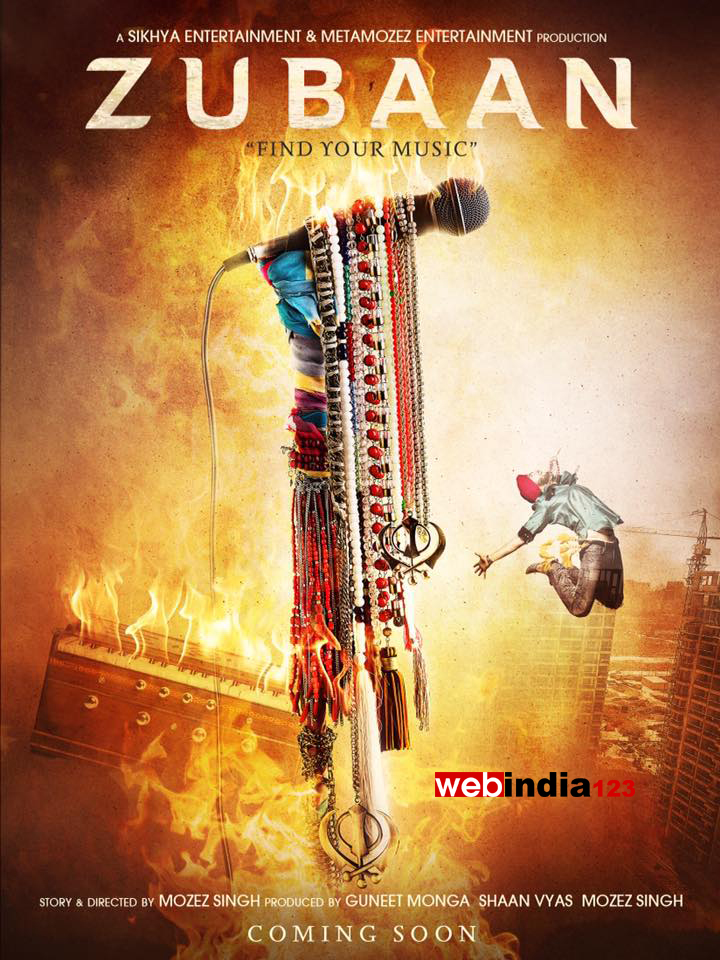