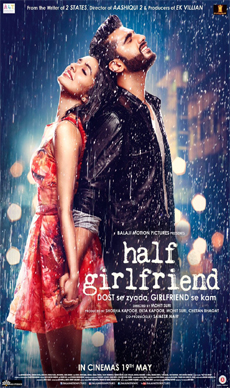 You can accuse Chetan Bhagat's novels of being lots of things from silly to shallow. But you can never fault themA for their entertainment value.

Director Mohit Suri known to make cinema on compulsive love ("Aashiqui 2", "Ek Adhuri Kahaani") takes the theme of self-annihilation in a romantic association to the extreme, bringing out his hero, a Bihari non-English medium type in Delhi who falls for a girl much higher than her heels and his social status, as a love-struck wimp obsessed with his object of adoration to the point of complete self-ruination.

This was how Chetan Bhagat meant his novel to be. The man-woman equation was seen in the light of status and social standing and then judged within the parameters of a heart-to-heart connection. Director Suri amplifies the theme of love between unequals.The complications are frail and far-fetched.

Rustic Bihari Madhav Jha (Arjun Kapoor, uninterrupted in his sincerity) is not only incurably in love with socialite Riya Somani(Shradha Kapoor, cool in her designer clothes), he will follow her to the end of the world or to New York where she shows up in a most unconvincing finale.

But I don't think Chetan Bhagat and Mohit Suri intended "Half Girlfriend" to be a real and obtainable look at life and relationships. In fact I am pretty sure their take on love is as distanced from reality as Mohit Suri is from Anurag Kashyap.

"Half Girlfriend" moves in a head-in-the-clouds fog of satiny sensations. It is fetchingly shot by cinematographer Vishnu Rao who sees the romance through a filtered haze. Arjun maintains a gaze of steadily fixed state of adoration on Shradha. The gaze occasionally lusts over, but no damage done.

Arjun Kapoor helps give his character the aura of an urgent sense of obsessive love that is needed. It's a capable performance underpinned by a sense of unspoken anguish that takes the lover-hero through many levels of change and acceptance.

Shradha shines when she has to express the tragic boredom of being over-privileged. So unabashedly affluent is her character that the backstory of a troubled childhood almost seems like an afterthought. And when she takes off for New York you know her designer existence, replete with tragic delusions of singing dying songs in a jazz bar of NY, is complete.

The love story works because the two Kapoors play the adoring and the adored with a hangdog heft and a haughty grandeur, respectively. The rest of the cast gets swathed in a scriptural haze thatA they don't deserve. I wanted to see more of Vikrant MasseyA and Seema Biswas playing Madhav's best friend and mother. And I certainly wanted to see more of the stunning Rhea Chakraborty who shows up at the end as Madhav's blind date. It's the role of the woman who loses love even before she finds it.

What I didn't want to see are all those strenuous attempts to build a social conscience and toilets in rural India,into what is predominantly a pop-romance. "Half Girlfriend" is a gorgeous-looking film with no real relevance beyond its Valentinian boundaries, with plenty of unspoken chemistry between the lead pair. It could have done with less schmaltz and more raw passion, less cuteness and more real emotions.

But here is the thing. It delivers exactly the charming confection that Chetan Bhagat's novel attempted to be.

'Half Girlfriend': Performances save this half-baked mush (Review By Troy Ribeiro; Rating: **)

Adapted from Chetan Bhagat's novel by the same name, director Mohit Suri's film "Half Girlfriend" is a half-baked and clichéd romance pot-boiler that does not raise the bar.

Narrated in a non-linear and formulaic manner, the only endearing point in the film is the messages it passes on, ‘face your difficulties and defeat your obstacles,' or in other words which simply translates to, tenacity always triumphs.

Unfortunately, the film lacks depth and passion in terms of its mounting. While the performances are noteworthy, it is the direction and the script department that fails to impress. The plot seems perfunctory and formulaic.

In this case, the tale pivots around Madhav Jha (Arjun Kapoor) the Prince of Simrao, Bihar. He goes to Delhi to study at St. Stephen's College, an elite college, on a sports quota as he plays basketball. The issue here is, he cannot speak a single sentence in flawless English and finds it difficult to cultivate friends as apart from his English, his speech is soaked with heavy Bihari lingo.

A telephonic conversation with his mother reminds him that to stay anywhere, you need a reason and you need to find it yourself. Just then Madhav by happenstance sees a beautiful girl, Riya Somani (Shraddha Kapoor) playing basketball. This becomes his motive and raison d'etre for staying back in Delhi. What further ignites his keenness to befriend Riya is her faultless and fluent English.

How he woos her to the very end forms the crux of the tale.

While on the face of it, the scenes seem to be astutely crafted, it is the lack of maturity in handling emotions that surface blatantly, especially in the scene when Riya's parents are fighting in the background and she sings the song, "Stay a little longer with me baby, won't you stay a little longer."

Also, the characters are poorly etched making them one dimensional objects which makes it difficult to relate to them. Also the dubbing is an issue especially in the scenes between Madhav and his Bihari roommates.

There are some straight faced guffaws by Madhav that make the film light and digestible.

The casting isn't perfect, yet, Arjun Kapoor is brilliant as the slightly dim-witted, good hearted Bihari who speaks with an inconsistent accent. Shraddha Kapoor as his lady love delivers an equally spirited performance. But together their chemistry lacks intensity. This is evident in the smooching scene and the scenes that follow.

Apart from the duo, it is Vikrant Massey as Madhav's roommate and well-wisher who makes his presence felt with a brilliant, razor-sharp performance. Seema Biswas as Madhav's mother adds gravitas to her character but, it is Rhea Chakraborty and Anisa Butt who enhance the glamour factor.

The songs in the film are hummable and the film, as expected, with excellent production values is all gloss and fluff but low on substance.

Long drive not my idea of romance, says Arjun Kapoor

Actor Arjun Kapoor, who has portrayed a lover boy in films like "2 States", "Half Girlfriend", "Tevar" and "Ki & Ka", says he likes driving cars, but long drives are not his idea of romance. Read More

Actor Arjun Kapoor has wrapped up shooting for his 10th film titled "Sandeep Aur Pinky Faraar". He says working with filmmaker Dibakar Banerjee has been amazing.

Arjun on Thursday shared a photograph of himself along with Banerjee and his co-star Parineeti Chopra from the film's set, on Instagram.

"So, I just wrapped my 10th film with my first ever co-star Parineeti Chopra! We've come a long way... It's been amazing working with Dibakar Banerjee and his team who have madness, energy, zest and clarity. Hope you guys like what we come up with on August 3Read More

When a quintessential Bihari boy enters the esteemed St Stephens college in Delhi, amongst many things like language and class differences, he battles with a new-age issue.
A new, unexplored relationship status that he finds himself in the middle of.

So what is this 'Half Girlfriend'? A space somewhere in between? Half-way there? Almost there, but not quite. Deep- but not deep enough... what does Riya really mean when she states she's his 'half girlfriend'?! What is this new relationship status? 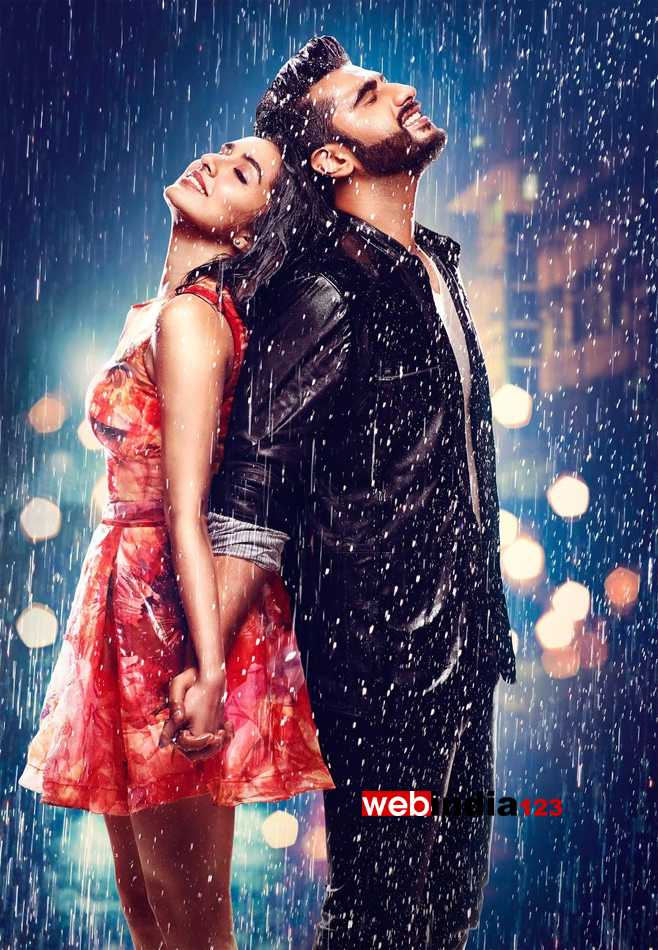 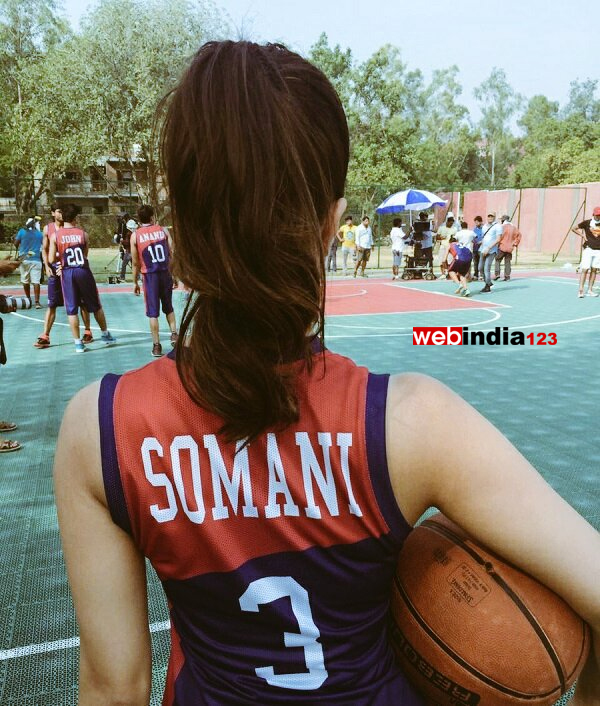 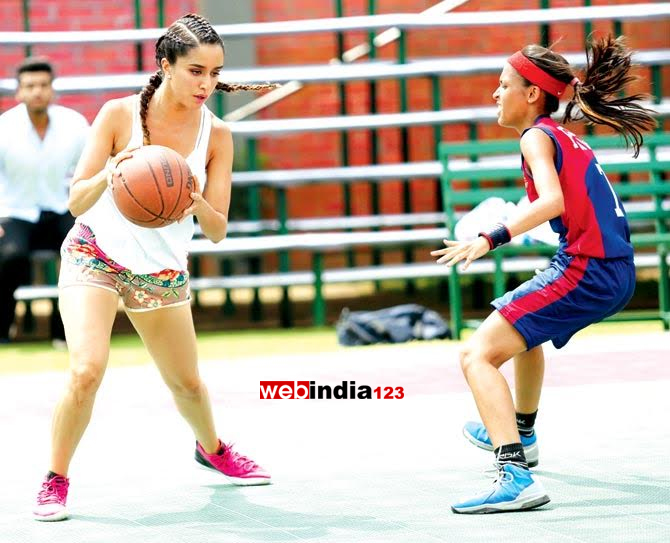 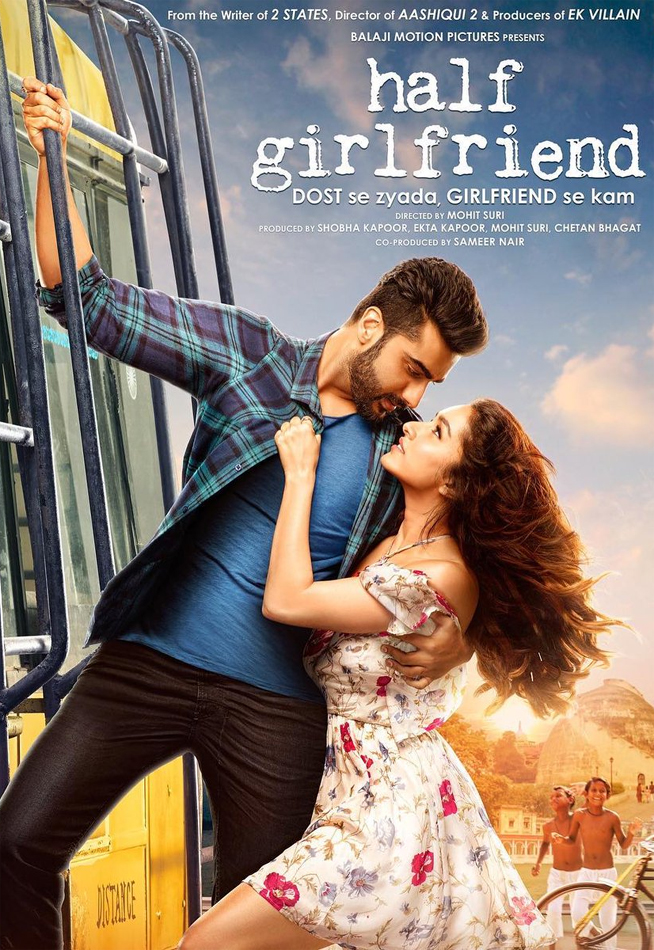 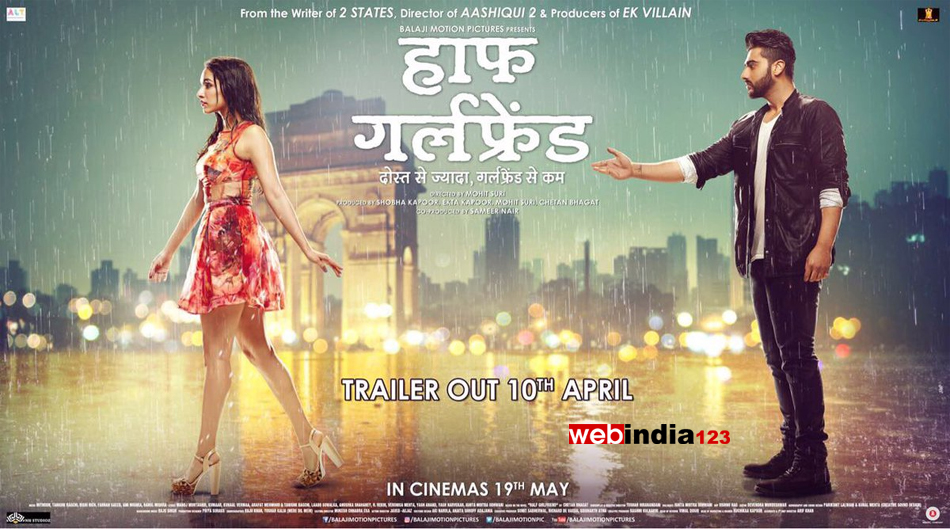 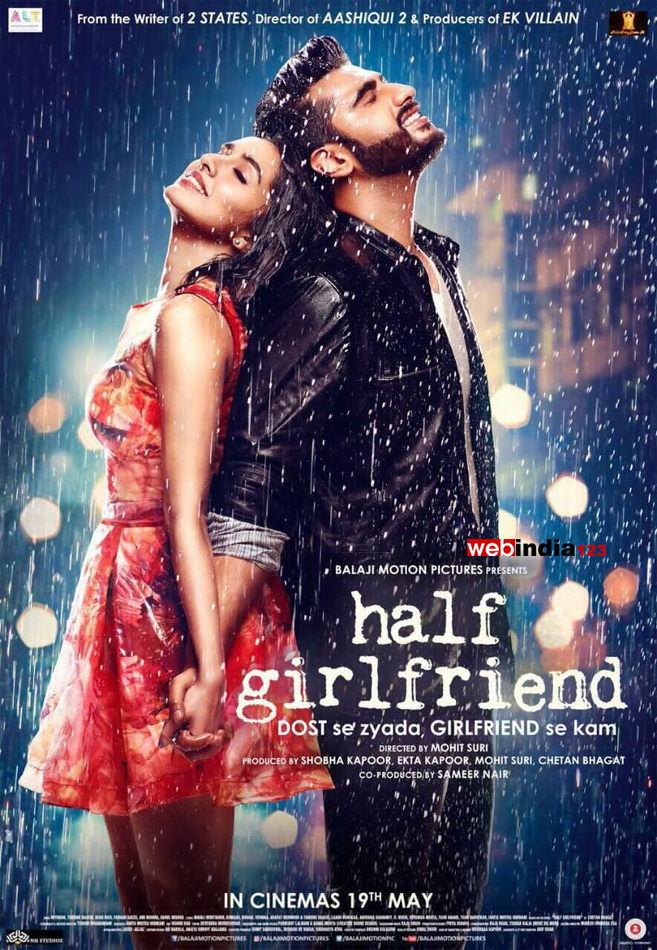 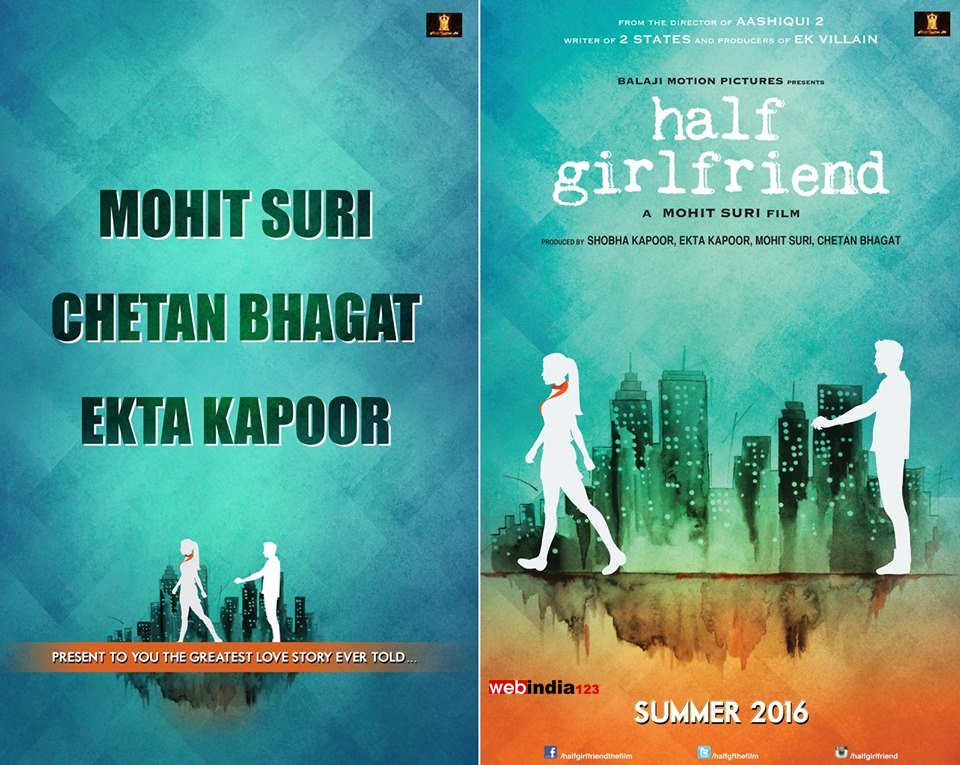 This is the Rishi Rich

This is the Rishi Rich, baby!


As it something you do
I’m so lost without you
Baby, I miss you
So, don’t go!

Even though it still hurt
Last time make it work
Baby, I miss you
So, don’t go

As it something you do
I’m so lost without you
Baby, I miss you
So, don’t go

Even though it still hurts
Last time, make it work
Baby, I miss you
So, don’t go!