BHOPAL: A PRAYER FOR RAIN

Bhopal: A Prayer for Rain 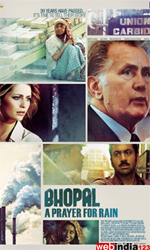 Bhopal: A Prayer for Rain Review


They say all you get from love is a love song. Disasters, man-made or otherwise, too can face a similar destiny. All we really get from disasters are disaster movies. Some that shake and stir. Others that move and change lives.

Ravi Kumar’s melodramatic recreation of the Bhopal gas tragedy, said to be the worst industrial disaster in the history of civilization, has an instant and lasting chemical reaction.

While familiarising new generations with the enormity of the calamity which claimed and maimed thousands of lives during one December night in 1984, the short and slick film also puts forward the theory of arrogant hegemony practised by US on poor countries.

There are portions of the narrative where we watch the proceedings with a feeling of dread and stupefying horror. The ironical logistics of making a quaint Indian city a dumping ground for the American Dream, is not lost on us. The narrative never slackens. Its vice-like grip on the moral dilemma of a town stricken by a desperate economic recession.

The director laces the dialogues between Union Carbide personnel (white and brown skinned) and the unsuspecting naive workers, with dollops barbed cynicism. The dialogues are strongly redolent of the stench that imperialistic forces spread in the Third World.

Yet ironically, this film depicts the small-city India that the Westerners who adored "Slumdog Millionaire" love to gaze at: a kindly Chaplinesque rickshaw-wallah (Raajpal Yadav) and his doting wife (Tannishtha Chatterjee),a wedding in their family juxtaposed with the disaster striking the town ....a slimy journalist (Kal Penn, in excellent form) who discovers unplumbed depths of integrity during the crisis, a pretty foreigner journalist (Mischa Barton, role unfinished), adorable little peasants running around doing errands for the privileged classes....It’s all there, packaged in a glorious display of wealth stealth and exploitation.

While the performances are uniformly convincing, with true actors like Raajpal, Tannishtha, Kal Penn, Fagun Thakrer, Joy Sengupta and Vinit Kumar blending fluently into the bleeding fabric, it’s Martin Sheen who towers above the entire cast. He brings to his role of the Carbide killer elements of motivational integrity that make the monster humane yet unpardonable.

The film is at times deeply engaging in its exposition on nature and human avarice. The characters form an integral part of the narrative. If anything, you wish they would get more space to grow in the plot. Director Ravi Kumar hurls forward in the quest of a closure to a story that defies all culmination.

Come to think of it, while the victims of the tragedy in Bhopal await justice, the only good thing to come out of the tragedy is this haunting dramatic film. Not to be missed.

With subtle curls and minimal make-up with a tinge of cherry lips, Indian actress Mallika Sherawat looked ravishing in an embellished ivory trailed gown by Lebanese fashion designer Georges Hobeika at the opening night of the Cannes Film Festival.Read More

Bhopal: A Prayer for Rain Synopsis

A PRAYER FOR RAIN is a dramatic and revealing film about the 1984 accident that shocked the world.

Set in December 1984, A PRAYER FOR RAIN is based on true events when a devastating pesticide leak in Madhya Pradesh, central India, killed thousands of people.

Filmed in India, A PRAYER FOR RAIN traces the lives of those living in Bhopal during the lead-up to what is still the world's biggest chemical disaster through to its tragic aftermath, which many feel has still not been addressed, and which continues to have a major impact on peoples' lives today. The victims of the Bhopal disaster have still, to this day, never received an official apology from the Indian or American government.

Dilip, a rickshaw driver in Bhopal, India, lands himself a job at the Union Carbide plant. It is a chance to prove his worth to his family and pull them out of poverty. The job is tough with long hours; everyone is desperate to hold on to their pay cheque and so Dilip keeps quiet when he notices managers at the plant ignoring safety standards.

Dilip's long time friend, Motwani, a tabloid journalist knows that Bhopal residents complain of the constant stench in the air and wake up at night choking from the gas. He is on a mission to expose what he believes is a deadly time bomb ticking away in his home town. He feels as if no one will listen but when he meets feisty American journalist, Eva, he sees a ray of hope and persuades her to confront Carbide executive Warren Anderson.

Bhopal: A Prayer for Rain Poster 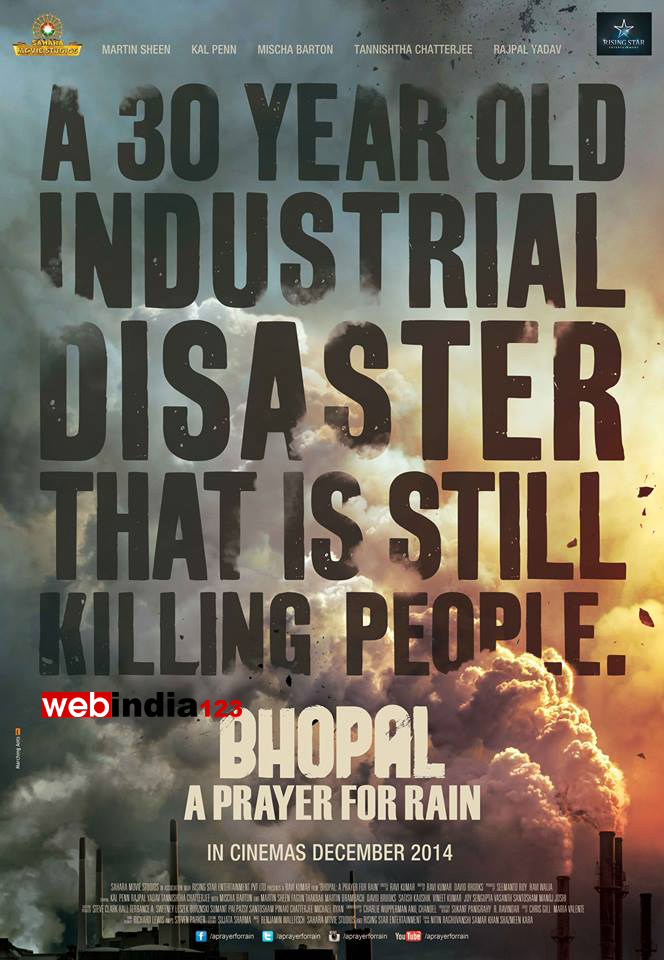 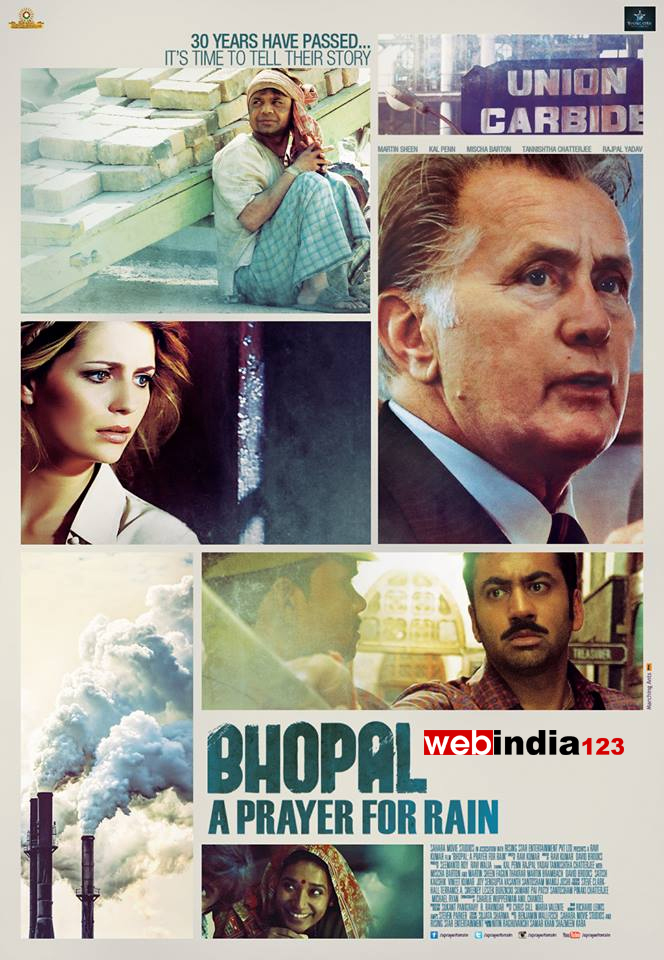 Bhopal: A Prayer for Rain Stills

Bhopal: A Prayer for Rain trailer

Bhopal: A Prayer for Rain Songs