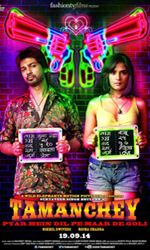 In "Tamanchey", the underrated Nikhil Dwivedi and the spunky bundle of contradictory emotions Richa Chadha seem like dropout students of the cool school. He is a hardcore Bihari named Munna and she's Babu, a wannabe Lady Gaga masquerading as a borderline sociopath from the Delhi-Haryanvi belt. Her make-up never falters. She is a 'behenji' masquerading as a style icon in a crime-infested countryside.

Together Munna and Babu don't quite add up to an updated version of Robert Redford-Faye Dunaway pair in the mother of heist capers "Bonnie & Clyde". But there is something about Munna and Babu. He wears his heart on his dirty sleeve. She wears her cleavage with the surety of woman who knows she can cash it for a life of luxury whenever she wants. Such adventurous women are often very uncertain in their innerscape.

Richa brings out the demoniacal uncertainties of Babu (we have to wait till the final moments to know her real name) in scenes where her made-up face crumbles to expose a childlike vulnerability. Both Richa and Nikhil are effectively tragic in the finale when they play a game of domestic normalcy in a run-down building as the cops close in on them.

What I liked about Richa's chemistry with Nikhil is that there is no chemistry.

Nikhil's Munna falls in love with these women of laughable affectations. Babu is full of 'angrezi' innuendos and make-up borrowed from Lady Gaga's backstage booty.

It's easy for the Munnas of the world to fall for this kind of a woman who knows how to use her sexuality to make her way in a callous world.

Babu is the bed partner of a drug dealer Tau (newcomer Damandeep Singh Siddhu). The narrative's mid-section shows Munna and Babu outwitting the drug baron, stealing kisses and a lot more right under his hawk-like eyes. Stretching the precincts of believability, "Tamanchey" yet manages to remain grittier than other recent crime capers.

The writing is fluent when it wants to be.

"Tamanchey" shows that the nozzle of the gun is not the best place to place your dreams. There are sharply written lines by Shailesh Pratap Singh, specially the ones that Nikhil's character speaks.

Nikhil in fact delivers a heartbreaking performance as a simpleton who flips for the siren and is willing to go to any lengths to get her. At times his baba-in-the-woods act reminded one of Raj Kapoor in "Sri 420".

Here is an actor, who has repeatedly proved himself to be better than many so-called stars in Bollywood. Wonder what keeps him from getting there.

"Tamanchey" gives Nikhil and the rest of the cast the kind of unvarnished crime canvas, which actors crave to get when they are in the mood to impress the awards jury.

Tragically, the sharp dialogues are often unsupported by the screenplay that gets borderline implausible towards the end before veering sharply away from disaster with a well-staged climactic shootout.

So yes, crime doesn't pay finally. But it sure as hell provides ample room for filmmakers to explore the grey region without bothering about remaining rooted to a moral ground. Wild and wacky "Tamanchey" is an enjoyable roller coaster ride about two mismatched criminals on the run who fall hopelessly in love.

You know where this reckless couple is hurtling to. But that doesn't stop this bang-bang affair from being a fun ride. 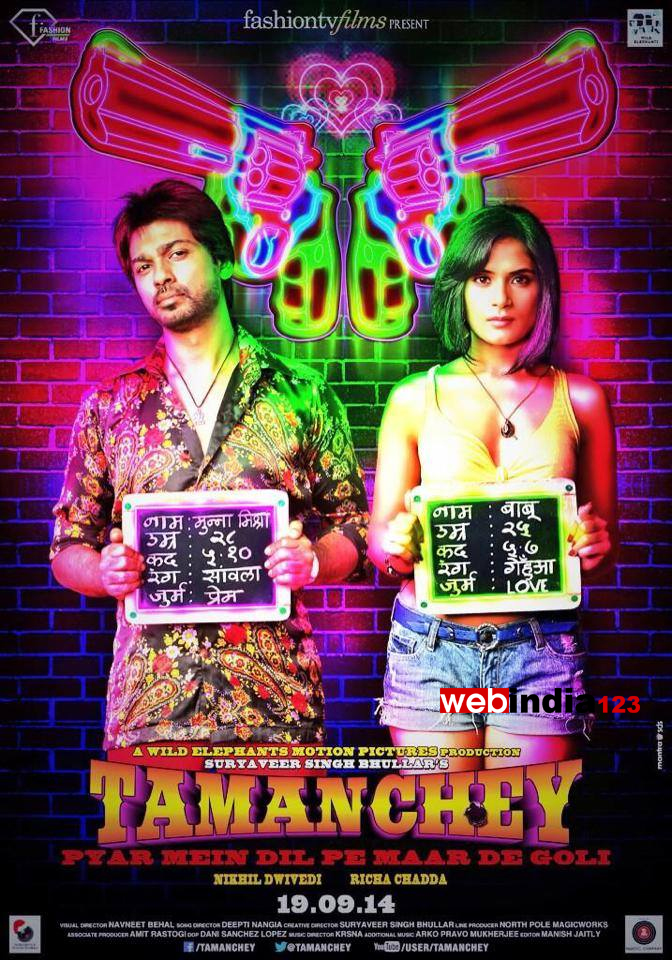 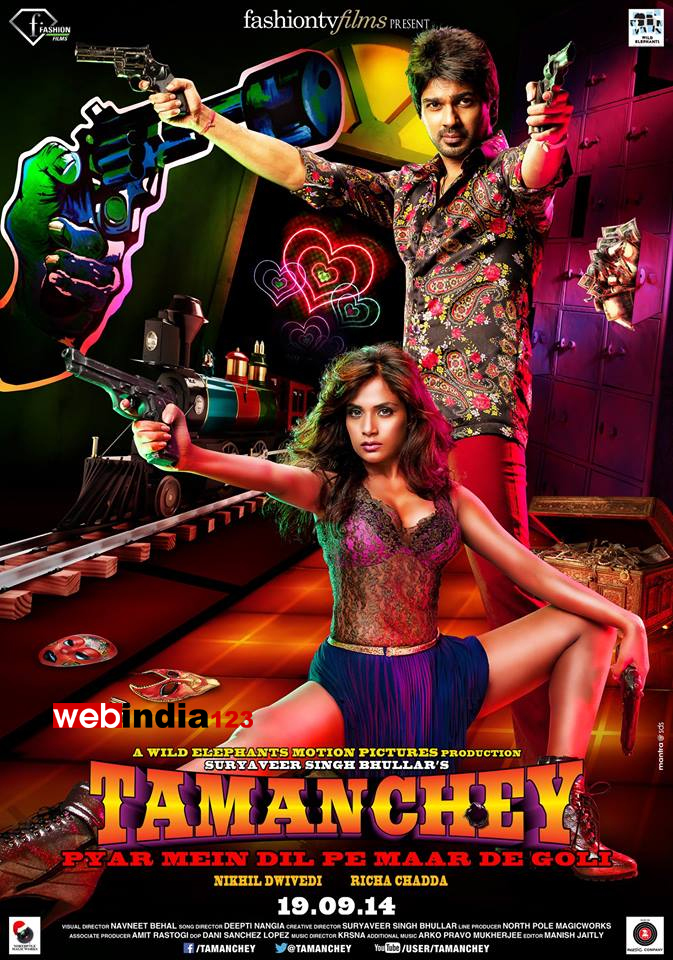