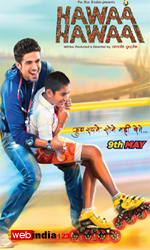 
Very early in this wonderful film we see the extraordinarily talented young hero Partho Gupte in prayer with his screen-father, played by the redoubtable Makarand Deshpande.

Immediately, you sense you are in the midst of an exceptionally serene, nurturing and rewarding work of art.

"Hawaa Hawaai" never lets you down. Sure it has its conclaves of concession to populism, like a sports coach on a wheelchair (very chic!) who seems to have watched too many Hollywood films. But you welcome these very endearing attempts to communicate the film's theme on the right to dream in a language that's accessible to a mass audience.

This is a film that must be seen by every person young or old who has ever dreamt.

Deeply inspirational it picks an easygoing, jaunty, light and supple tone of narration so that the audience never feels the weight of the message.

The journey of little Arjun Harishchandra Waghmare, played with effortless candour by Partho, from rural Maharashtra to the heart of Mumbai city is mapped with astonishing fluidity and conviction.

Writer-director Amole Gupte looks at the life of the fringe people in the city with a huge amount of compassion. Here is an artiste who happens to be a filmmaker. He is not the least fearful of stepping into the streets of the uncaring city looking for empathy and compassion in the unlikeliest of places.

You may feel that little Arjun encounters too many thoughtful people in a city notorious for its brutal insensitivity. But that's Amole Gupte for you. Whether it was the hunger for food in "Stanley Ka Dabba" or the yearning to achieve one's dreams in this film, the child at the centre of the plot is constantly being given a chance to find his identity amidst the turmoil, chaos and bustle of Mumbai.

Arjun's dreams are visualised not as a fairty-tale, but an obtainable reality.

The narration glides forward in the same streamlined movements as little Arjun's big dreams on the roller skates. The director allows the dream to grow on its own volition until Partho's yearnings acquire wings and soar to a splendid culmination where the director intercuts scenes from the boy's past with the present race on roller skates.

No matter how you look at it, life is tough. But finally beautiful.

While the sequences showing Arjun's growing bonding with the wheelchair-bound Lucky Sir, adequately played by Saqib Saleem, are very cinematic, it's in the boy's relationship with his parents and grandmother and with his four street-smart friends that we witness the full force of Gupte's virtuosity.

Gupte understands the mind of a growing children intuitively and naturally. He sneaks into corridors of the impressionable mind with the unquestionable certainty of someone who knows his way around. That he has Partho as his ally in this endeavour to map the innerscape of an innocent heart is just so providential for the film.

Partho has already shown us his ability to comprehend the dynamics of childhood in "Stanley Ka Dabba". Here he moves with age-defying effortlessness from the 'dabba' to the chai-glass. Partho brings an element of deep tragedy to the boy's life without playing for sympathy. Stripped of cute trappings it's a phenomenal performance.

Another small hero in the film is Hitesh Soni's background score. Deepa Bhatia's edits down the material to a place where we see right into the soul of humanity.

While the scenes of camaraderie among the five boys and between Partho and screen parents (Makrand, Neha Joshi both brilliant beyond words) puts a clamp around your heart and lump in your throat, the skating coach's Hollywoodian swagger and his "troubled" relationship with his NRI brother (Anuj Sachdeva) didn't quite grip me.

And honestly, the effort to introduce a hint of a romance between the coach and a rich bored girl from South Mumbai was just too strained to be endearing.

Minor aberrations do not take way from the majesty of the larger picture in this film that dares to dream for the dreamer-hero. You will laugh, weep and cheer for this little Milkha on roller skates.

"Hawaa Hawaai" is an extraordinary saga of ordinary lives, the kind we often pass by at traffic signals. Gupte penetrates the heart mind soul and dreams of those unsung lives. This is the most moving film on street kids since Mira Nair's "Salaam Bombay".

This is a not-to-be-missed life-changing experience.

Filmmaker Amole Gupte, former chairperson of Children's Film Society, India (CFSI), says youngsters are leading a lonely life that drives them to engage with the virtual world. He says it can be dangerous for their future.Read More

I'm in no hurry: Saqib Saleem

Actor Saqib Saleem, who was last seen on screen in the actioner "Dishoom", says he is not in a rush to take up movies.Read More 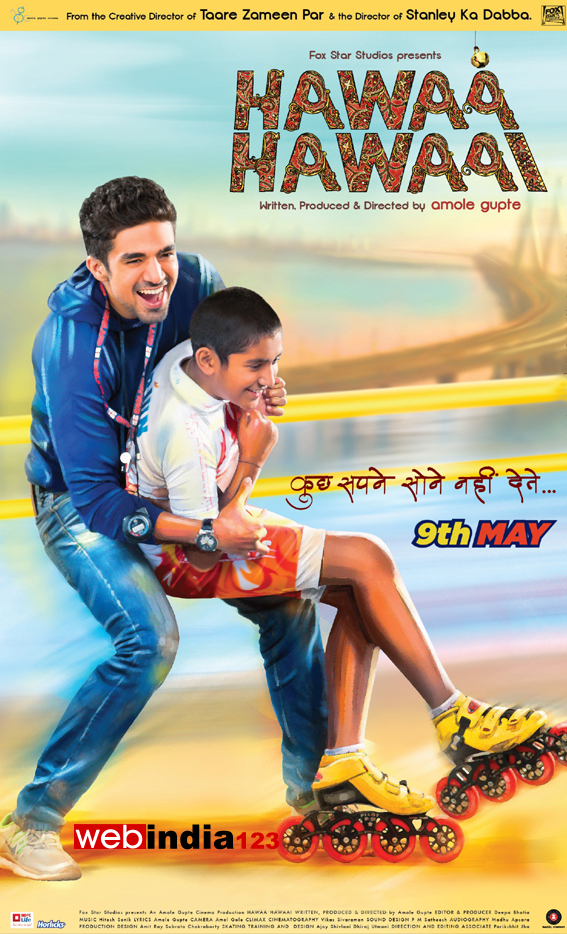 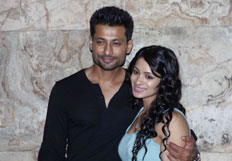 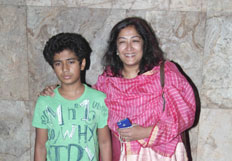 Screening of the film Hawaa Hawaai 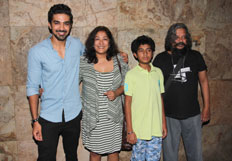 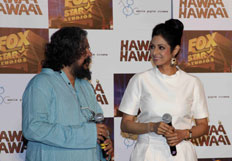