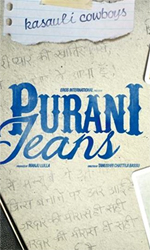 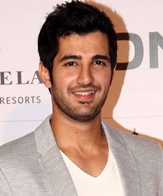 
Coming-of-age films are so commonplace that they are more often than not, disappointing.

"Purani Jeans" doesn't disappoint. It remains true to its genre. Watching a group of friends indulging in silly antics that are cute only to the friends themselves, may not be the most exciting of films to watch. But there lies the charm of such nostalgic concoctions. They show a self-contained world where the characters don't seem to care whether their quirky camaraderie makes sense to the outside world.

Having said that, let's get one thing clear. "Purani Jeans" doesn't have the edgy enchantment of Farhan Akhtar's "Dil Chahta Hai" or Zoya Akhtar's "Zindagi Na Milegi Dobara", the two college reunion sagas that seem to have become reference points for all filmmakers attempting to show youngsters coming to terms with life, love and friendship.

"Purani Jeans" gets by on the strength of the simplicity in the storytelling. The story of five friends who called themselves the 'Kasauli Cowboys' and who dream of making something of their lives individually and collectively as part of the college group, is so uncluttered and neat, you admire its lack of ambition. It's a pungent premise that doesn't quite peak to the point of poignancy in the proceedings. Still, you come away moist-eyed from some key scenes which are played out with the endearing transparency of the heart worn unpretentiously on the celluloid sleeve.

There's a quality of unstrained sweetness about the characters. Tanuj Virmani, showing a marked improvement since his debut performance last year, is given charge of the proceedings. He's the prized student of the campus who makes it big outside his hometown. He is like Ranbir Kapoor in "Yeh Jawaani Hai Deewani", though far less skittish and self-centred in his behaviour. When he's caught with his pants down, it's not his fault. The script urgently needed a dramatic turn.

Virwani's best friend is the lonely spoilt rich kid of the hill station, played by Aditya Seal who is quite simply the discovery of 2014. Seal plays the volatile heir with an air of aggressive bravura that works to make the character endearing. He is what Varun Dhawan in "Student Of The Year" couldn't be.

Mark my words. Seal is here to stay. My favourite scenes in the film are not Seal's shared intimacy with his best friend (Virmani) and fugitive beloved (Izabelle Leite, pretty but lifeless), but his bonding with his alcoholic mother (played by the very sensitive Sarika) who is married to muck (Rajit Kapoor, in a thankless role).

Seal plays the character as a cross between Kasauli's Jim Morrison and a spoilt child who won't grow up. It's an ambivalently etched character played with strokes of assured bravado.

"Purani Jeans" is done in the spirit of a college reunion celebration. Brimming with a verve and vivacity, the three protagonists are sunny, fresh and exuberant -- radiating a bonhomie when they are in a group, but lost and awkward when placed in a love triangle. This film brings back the fragrance of romance and friendship which you thought cynicism had swallowed wholesale.

"Purani Jeans" is a moist-eyed homage to the spirit of enduring friendship. 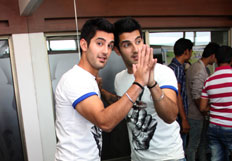 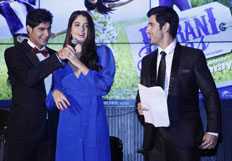 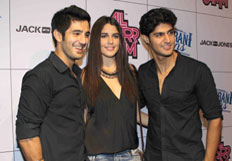 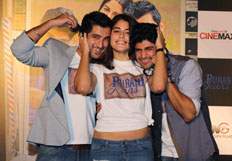