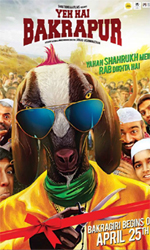 
Gone are those days when female directors made films about female protagonists. Janaki Vishwanathan's protagonist is neither man nor woman.

Weaving a plot in and around the anointment of a goat in a sleepy bigoted Muslim-dominated hamlet, Janaki's film creates a world that seems frozen in a state of incredulous backwardness and poverty. And yet "Yeh Hai Bakrapur" is not a sad film.

The upbeat tongue-in-cheek plot about a goat named, ahem, Shah Rukh who acquires a divine status for no fault of its own, has plenty of bite and brio. Though it finally comes to an inglorious ambiguous end, there is ample meat in the narrative to chew on.

The director keeps the proceedings on a slow-burn, opting for an understatement and subliminal humour where she could have pulled out all stops and given Shyam Benegal's "Welcome To Sajjanpur" a run for its money. By the time the proceedings come to a grinding halt, the narration hasn't moved forward to anywhere close to a nirvana, nor have the characters evolved.

The stagnancy of the milieu interrupted by a silly excitement over a spiritually blessed goat, is staggering in its nullity. Celluloid portraits of rural poverty are generally grim and tragic. This one goes the other way. The world of "Yeh Hai Bakrapur" is flush with fun, not necessarily intentional.

The characters seem to exist on two levels, both as prototypes and individuals typifying the peculiarities of a community grappling with inner prejudices, and trying to balance out personal equations within the context of hugely eccentric circumstance that overtakes the soporific village.

There is also the theme of the urban infiltration in rural India through the character played by Anshuman Jha. A village barber's son and a self-styled hair stylist with an air of deceptive innocence, Jha's Jaffar brings into the story a dash of hurried progressiveness in the dying, decaying village.

And presiding over the fiscal madness that takes over the village is the selflessness of a little boy (Shameem Khan) and the goat. A portrait of innocence in a world governed by manipulation!

The goat's stardom with the two communities claiming its attention can be seen as a metaphor for the kind of heroes we seek in today's times. On the other hand, the entire brouhaha over a suddenly iconised goat can be enjoyed as just a comedy on glorious goof-ups.

Given either option, the film has some delectable performances. Every actor gets a hang of the farce and blends accordingly. But theatre actress Suruchi Aulakh is way ahead of the other in finding her groove in this madcap comedy about a village riddled with humbug and bigotry.

For a film that authenticates its satire by focusing relentlessly on the quirks of its characters, there is quite a lot of polish in the presentation. The music is an interesting mix of the native folk sounds and generic satire.

The topography is tightly articulate. This is a charming scathing irreverent parable on blind faith, poverty and religious hypocrisy that seems satirical sustenance in the authentic rural Muslim milieu where innocent love and manipulative materialism co-exist.

You may not be overwhelmed by Vishwanathan's satire. But you won't come away without a smile and smirk in this sly look-see at rural India where every second citizen is a certifiable attention-seeker. 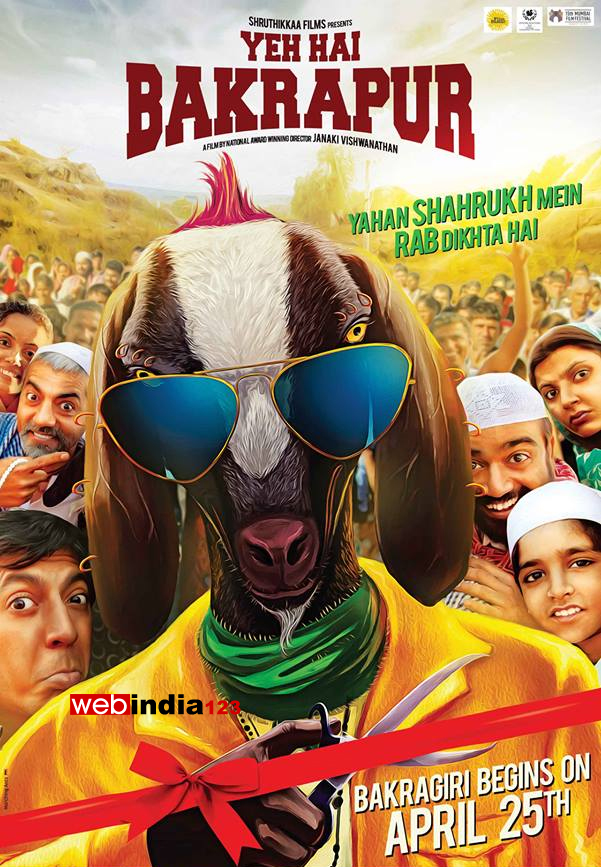 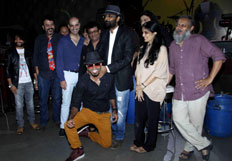