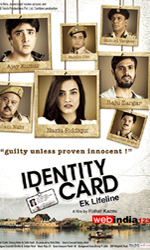 Kashmir, without the William Shakespeare 'tadka' that Vishal Bhardwaj is about to unleash on on the unsuspecting audience - that's the world inhabited by debutant director Rahat Kazmi's small-big film about three innocent civilians who get picked up by the Special Task Force in Srinagar.

What follows is a nightmare of Shakespearean proportions...oops, there we go! There's no getting away from Shakespeare in the Valley of the Dal, is there?

The narrative is enormously stagy. Words qualify the drama. The written line is never crossed. What keeps our interest level from flagging is the cornucopia of credible characters created by actors who know what they are doing and saying. The Special Task Force is well, forceful enough to make them look human and almost vulnerable in their desperation to get confessions out of suspects who may or may not have anything to suspect.

These cops are on a mind-blowing rampage - savage in their ambitions to film up their senior's complaint books but reluctant to carry the victimization too far. Saurabh Shukla (with his impeccable Kashmiri accent) and Brijendra Kala as squabbling cops are uniformly excellent. Actors such as these two bring to the table a bracing urgency to what could easily become a wordy duel of rhetorics and sermons.

There's a sequence outside a mosque where Kala and Shukla explain to one another and to themselves why they find it hard to keep their spirit alive as the Valley burns. There is sheer genius at work between these two actors. Such moments allow us to forget to film's glaring weaknesses such an abysmal background score, uneven camera work and abrupt editing which sometimes leaves the narrative gasping for breath.

But then, there is so much warmth and genuine concern for the loss of humanism in Kashmir that this film leaves us with.

Vipin Sharma as the senior-most police officer gets into his character with the ease of a pro. His character is the most problematic, as its graph goes from disgustingly authoritarian to something bordering on the empathetic. But the surprise is Prashanth Guptha.

As the junior-most and therefore deliberately the biggest bully among the khaki interrogators, Guptha's restless body language, his loud whispers on the phone with his newly-wed wife who wants to go on a honeymoon, are unnervingly satirical in a film that slaps us with the grim reality of Kashmir's declining faith in governance.

In a film swathed in the aura of a doom there are flashes of tremendous humour and warmth. A brave bold thought provoking sensitive thriller. Strongly recommended.

The story of a journalist from Delhi who happens to go to Kashmir and gets caught by STF forces, how her one day in a specially police cell changes her life. Identity card talks about the history of Kashmir, ideological differences of people... myths about religion, about identity of a common person in a warlike situation... situation of a police person serving his duty, a common man, parents whose children are missing... and at the end, a ray of hope towards the changing scenario of Jammu and Kashmir... a suggestive thought, a solution; rehabilitation of those who have chosen a wrong track. Black humor with a touch of satire at some places and elements of thrill. 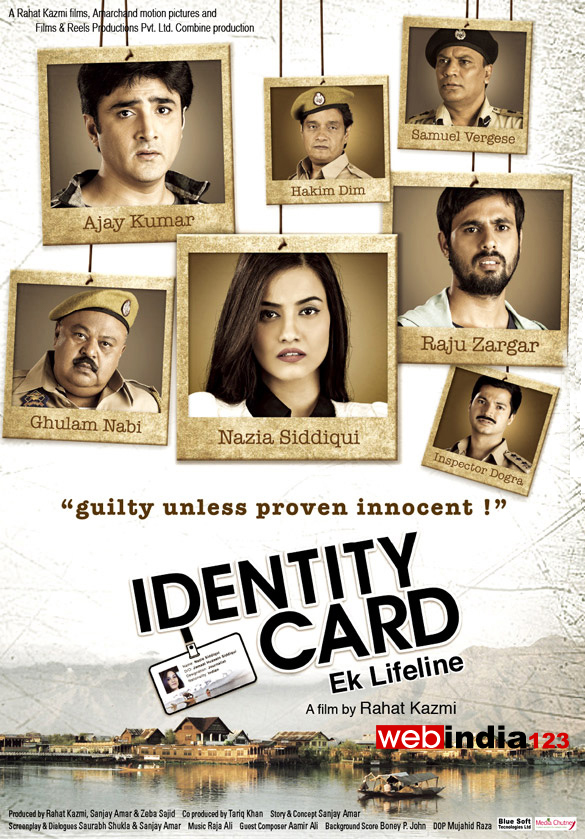 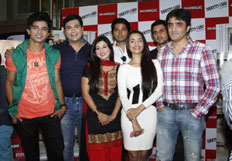