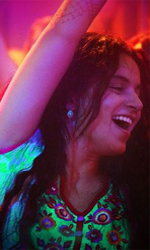 
There are some films that you simply don't want to end. And when they do, you want to spring out of your seat and give the darned thing a standing ovation. "Queen", directed by Vikas Bahl is that rarity. Its thematic elegance and narrative wisdom surpasses anything that you might have come to expect from the frothy ebullient trailers.

Frothy and ebullient, "Queen" certainly is. But it's a lot more. At the end you are left so close to the characters and their life-defining milieu that the late Bobby Singh's camera lenses dissolve and merge into the very fabric of the narrative.

And to think that the film begins with another big fat Punjabi wedding! Before we know it, the narrative takes wings, much like its protagonist Rani played by Kangna Ranaut.

In "Queen", Kangna is so in-sync with her character that you wonder if the story was written according to the emotions that the actress had stored away in her heart.

There is stark honesty about Kangna's portrayal of the Delhi girl who is deserted by her husband-to-be days before the wedding. Familiar, no? Bahl turns the oft-repeated tale of betrayal and self-realization into an ode to womanhood. The naked yearning in Rani's eyes when she pleads with the selfish idiot not to destroy her life is so real it leaves you shaken.

You know immediately that this girl means business. And so, let me tell you, does the director. Bahl possesses a keen eye for physical and emotional detail. He makes astounding use of a wide spectrum of topography from Delhi to Paris to Amsterdam to give specificity to the protagonist's obvious weaknesses and inner strengths.

Here is that rare director who knows how to articulate his characters' feelings through the spaces that they occupy. Kangna's face and body-language do the rest.

There is something magical about the way Bahl uses Kangna's artless vulnerability to express the character's hurt and desire, sometimes both in the same breath. At the end we're left with a female character who is naive and yet worldly-wise, who thinks sex happens only after marriage and yet kisses an aggressive Italian stranger just because she finds him as hot as Salman Khan.

Rani naively lectures a stripper in Amsterdam from ultra-conservative Pakistan (a curious anomaly, this) on how she must find a better job for herself, and yet thinks nothing of getting drunk in a Parisian bar with her bindaas half-French half-Indian girl pal (Lisa Hayden) to the pounding sounds of Asha Bhosle's "Hungama ho gaya".

But then Bollywood music does that to anyone. It liberates the spirit. And Kangna's Rani is on the look-out for just that. The silken-smooth plot can be roughly divided into the 'Parisian' and the 'Amsterdam' half, though neither of two cities come across as touristic spots.

But then "Queen" is that kind of a film. I came away so much richer, spirit awash with thoughts of hope life and sunshine. Every character from Rani's parents, to her Parisian friend Vijay-Laxmi(who ironically has the same first-name as her cad of a fiance) to her three male room-mates in Amsterdam make a space in your heart forever.

The brilliantly transitional screenplay has no jagged edges. Every component somehow slips into place. As Bahl tells his story we become one with Rani's journey. The desperate optimism of her marriage-less honeymoon directs her to inner reserves of strength and will-power that she didn't know existed. By the time Rani's journey ends, you are supremely attached to her soul.

Kangna's performance holds the film together even as Rajkummar Rao as the selfish fiance and Lisa Haydon as Rani's bohemian Parisian pal lend added colour to the bewitching canvas. The smallest of the roles are performed with unconditional conviction.

If you miss "Queen", you may never get a chance to know how Rani journeyed into self-actualization. And that would be your loss entirely.

'Manikarnika -The Queen Of Jhansi' gets release date

Kangana Ranaut's highly-anticipated movie, based on the life of warrior Rani Laxmi Bai, 'Manikarnika -The Queen Of Jhansi' is all set to hit the theaters on January 25, 2019.Read More

Queen is the story of a simple Delhi based girl who`s life changes unexpectedly.

Rani (Kangana Ranaut), a simple middle class, conservative girl has her dreams shattered when her to be husband leaves her stranded at the altar. Rani then decides to go on the honey moon-the one she`s always been planning-by herself.

The girl who`s never left her house alone now goes to Paris and Amsterdam on her own.

What follows is a fun, quirky journey of Rani who discovers herself, while exploring the unknown. 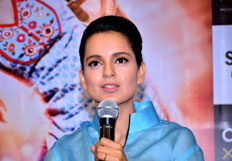 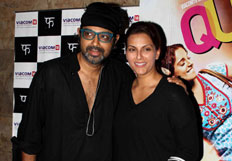 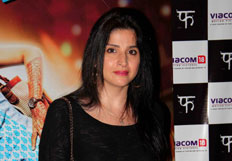 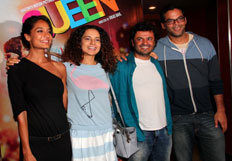