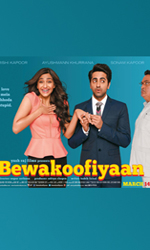 Sometimes, love just ain't enough. So there we have two people in love. The pampered but not spoilt bureaucrat's daughter Mayera and her lover beau Mohit whose upward mobility is frozen by an employment meltdown in his airline organization (spicy allusion to the Kingfisher crisis, yes?)

It's Delhi's noveau riche Gurgaon world bathed in cosmetic conceit. Sonam Kapoor and Ayushmann Khurrana blend into this gleaming kingdom's excesses effortlessly. The two of them are so good as a couple, imagining them apart for even a portion of the bitterness that bites into the narrative during the second-half becomes unbearable.

Debutant director Nupur Asthana's film is a bright scrambled world of wealth, luxury and the yuppy club's unstated desperation to move up the corporate ladder. It is also, by its very definition, a ridiculously self-important delusional world.

Miraculously this film with its gleaming polished surfaces neither gasps nor laughs at the ignobility of upward mobility.

There is an interestingly crafted fight scene between the film's lead pair where Mayera reminds Mohit that she has not bought a new pair of shoes during the last two months because of his job loss. That she doesn't realize how ridiculous she sounds to Mohit is a measure of the underlining irony that the narrative scrapes out of these characters while portraying the exacerbated materialism of the go-getting generation.

Habib Faisal's writing is smart and amiable, crowded with quaint colloquialisms culled from the capital youngster's language. The writing also surprises itself by becoming inwardly-drawn and introspective at the most unexpected moments. That the screenplay has got Ayushmann to play the cool guy whose perfectly laid-out plans fall apart, is a stroke of luck for this likeable film.

Ayushmann looks like the guy next-door who wouldn't mind pulling a few strings to float higher than the level allotted to him by fate. He brings a suave arrogance to his role and creates a cohesive graph for his character. He is an actor to watch.

Of course it helps Ayushmann that he has Rishi Kapoor to play his girlfriend's hawk-like father. Rishi's character of the IAS officer on the verge of retirement (with a companion from his work place who typically, offers his "humble" advice on every matter) is brilliantly written.

Rishi's Sehgal is a pompous name-thrower with an inflated sense of self-worth, over-possessive about his only daughter's life and preferences. V.K. Sehgal is a striking image of a man on the verge of erupting into a self-deprecatory laughter, if he only he knew how funny his quirks look from the outside.

Rishi brings to the characters a cornocupia of "cool". Seldom in his any other recent film except "Do Dooni Chaar" has this brilliant actor expressed such pleasure in putting forward his character's point of view.It's no coincidence that film too was written by Faisal.

So many of Rishi Kapoor's scenes with Ayushmann stand tall because of the way the two characters meet as adversaries who fortunately love the same girl in different ways. Sonam as the girl torn between an autocratic dad and unreasonable lover is so in-character you wonder whether the role and its fetish for designer labels were written specially for her.

"Bewakoofiyan" has nothing new to say. And that is its greatest virtue. It is "Meet The Parents" where the father and the prospective son-in-law's roles are better played than the original. Yes, Rishi and Ayushmann are better than Robert de Niro and Ben Stiller were in the Hollywood film about the father of the bride.

The narrative sparkles with a mischievous elegance. The winking homage to the go-getting glam-set of Delhi works mainly because the three protagonists are so immersed in the goings-on they make us forget that we've seen most of these conflicts over and over again in the past. In terms of the fluency with which the cliche about the love birds and the girl's disapproving dad is tackled, "Bewakoofiyaan" is a marked improvement on Yashraj Productions' last two pretentious hammy films "Shudh Desi Romance" and "Gunday".

Ayushmann's performance is oh not so hammy. A pure delight to behold after Ranveer Singh and Arjun Kapoor's over-energized bravado in "Gunday".

Who gets the last laugh in this slice-of life Delhi-comedy when recession strikes and the lack of money tests love... credit-card-junkies private-sector Mohit-Mayera; or safe-playing sarkari, V.K. Sehgal?

This fun-filled satire has been written by the versatile writer/director Habib Faisal and Produced by Aditya Chopra, and will be directed by Nupur Asthana. This is her second film for the Studio, after her successful directorial debut last year with Mujhse Fraaandship Karoge, under the Y Films banner.

The film has Rishi Kapoor, Ayushmann Khurrana and Sonam Kapoor in lead roles. This is both Ayushmann's and Sonam's first film with YRF. 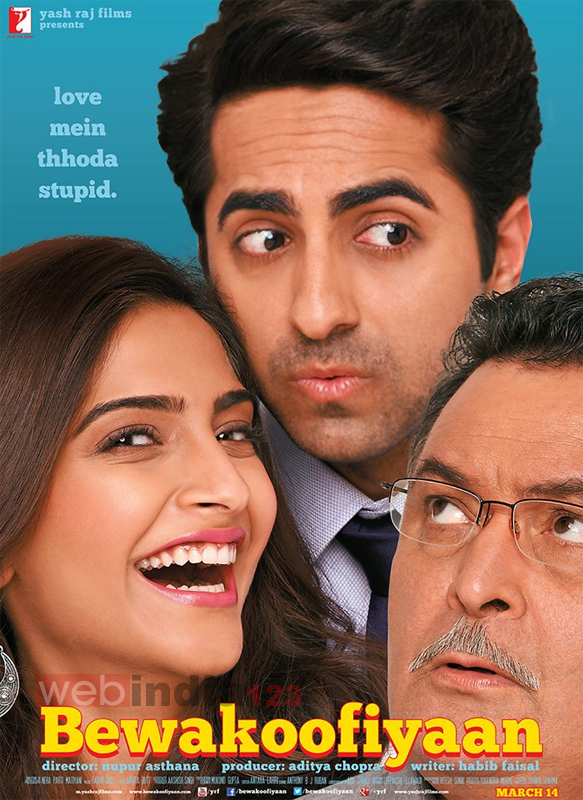 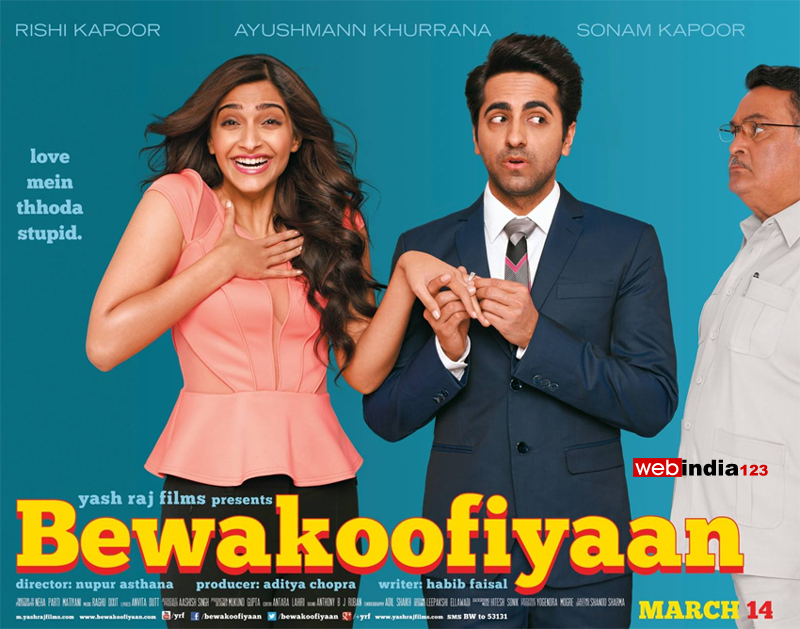 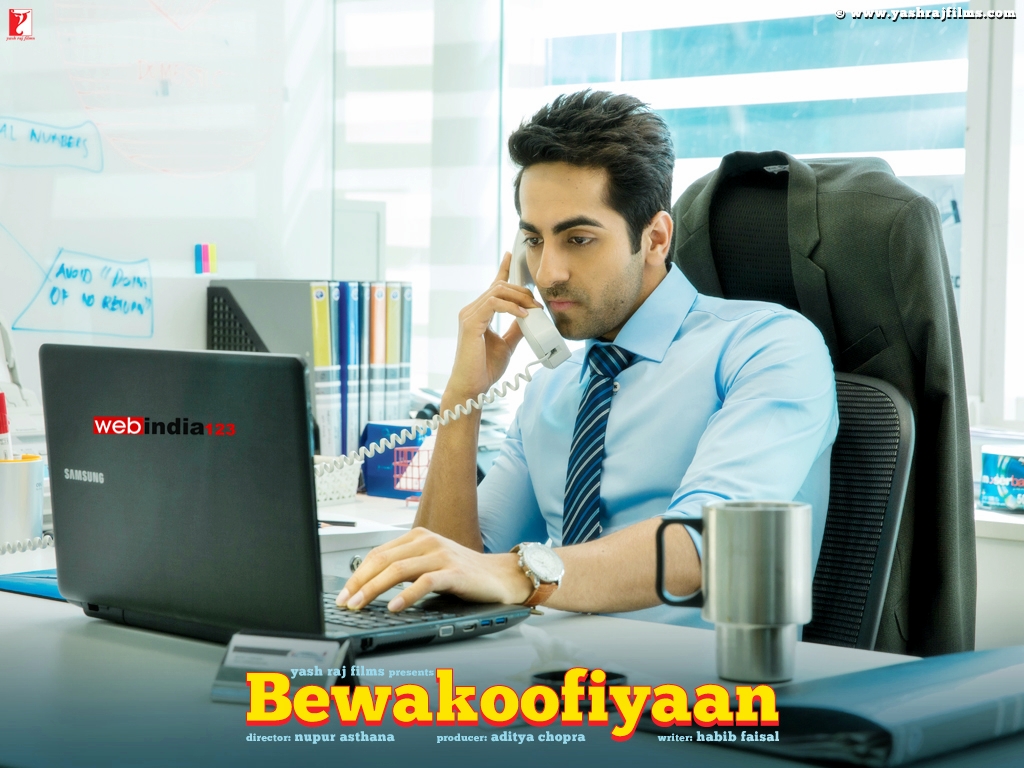 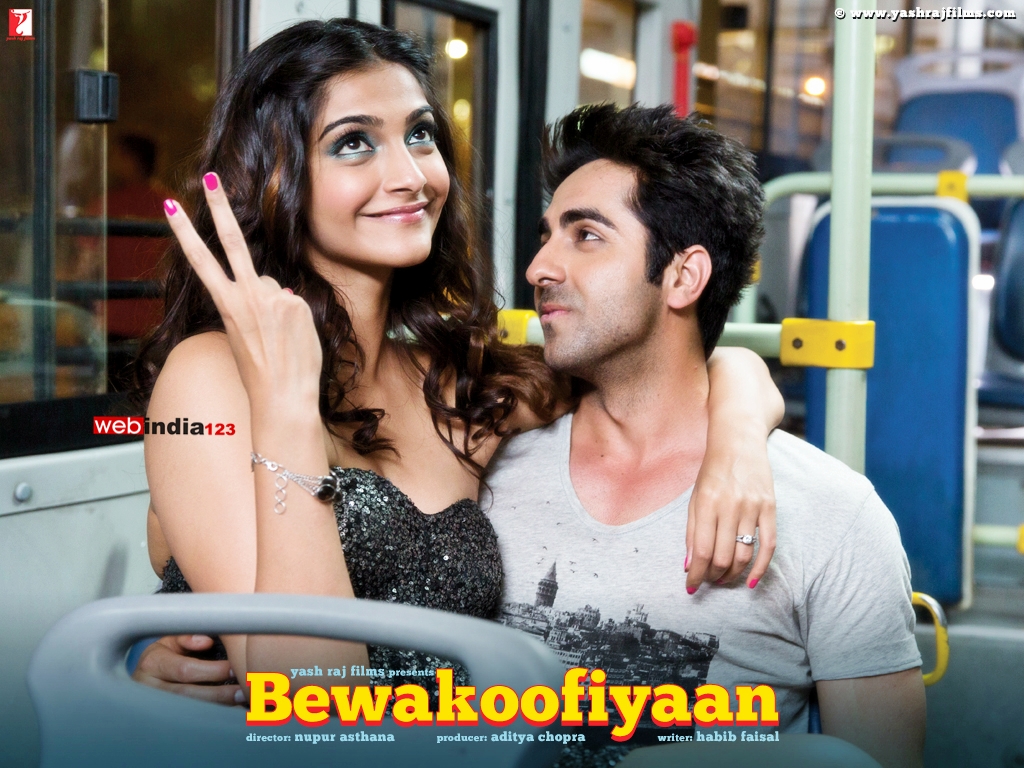 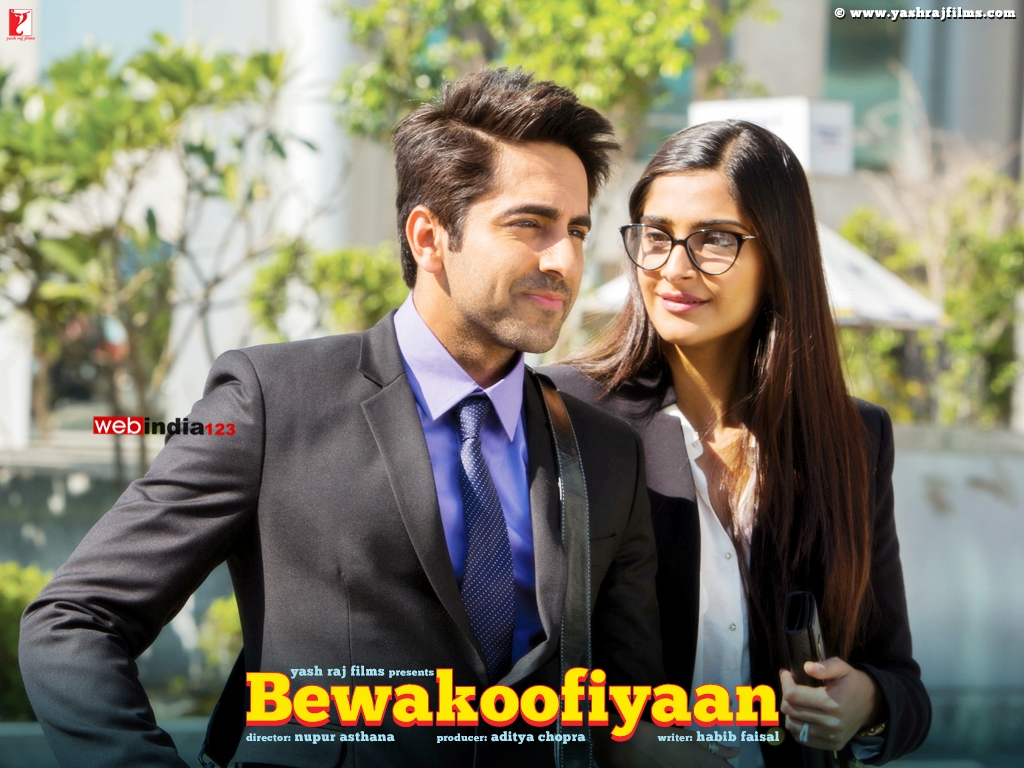 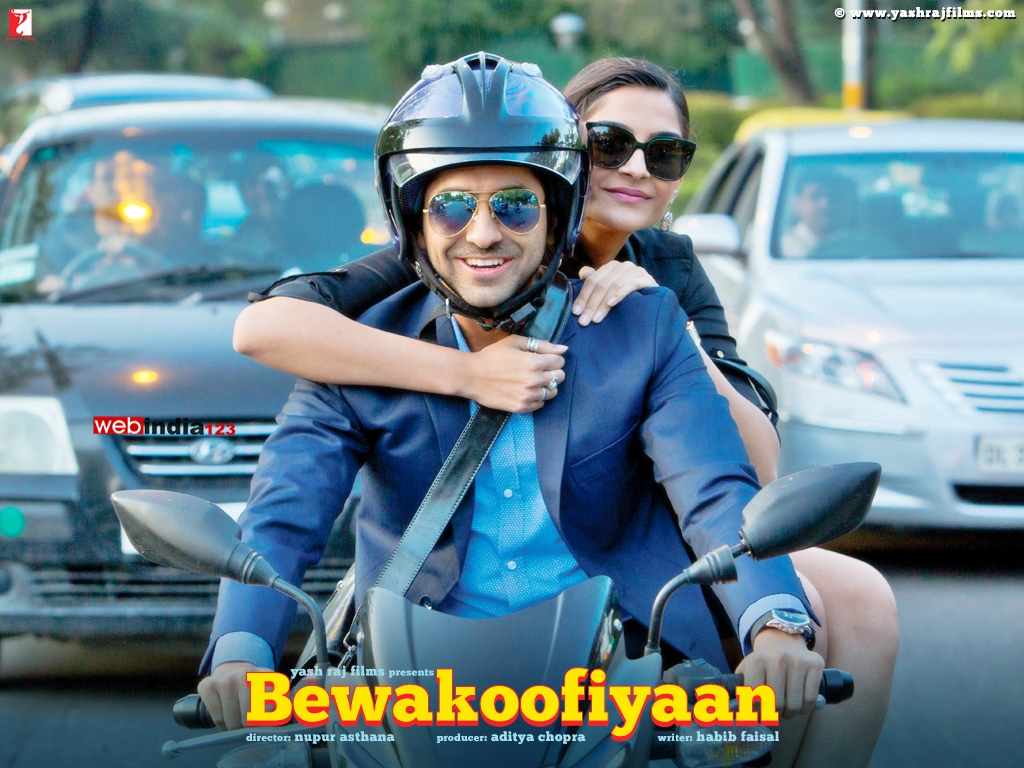 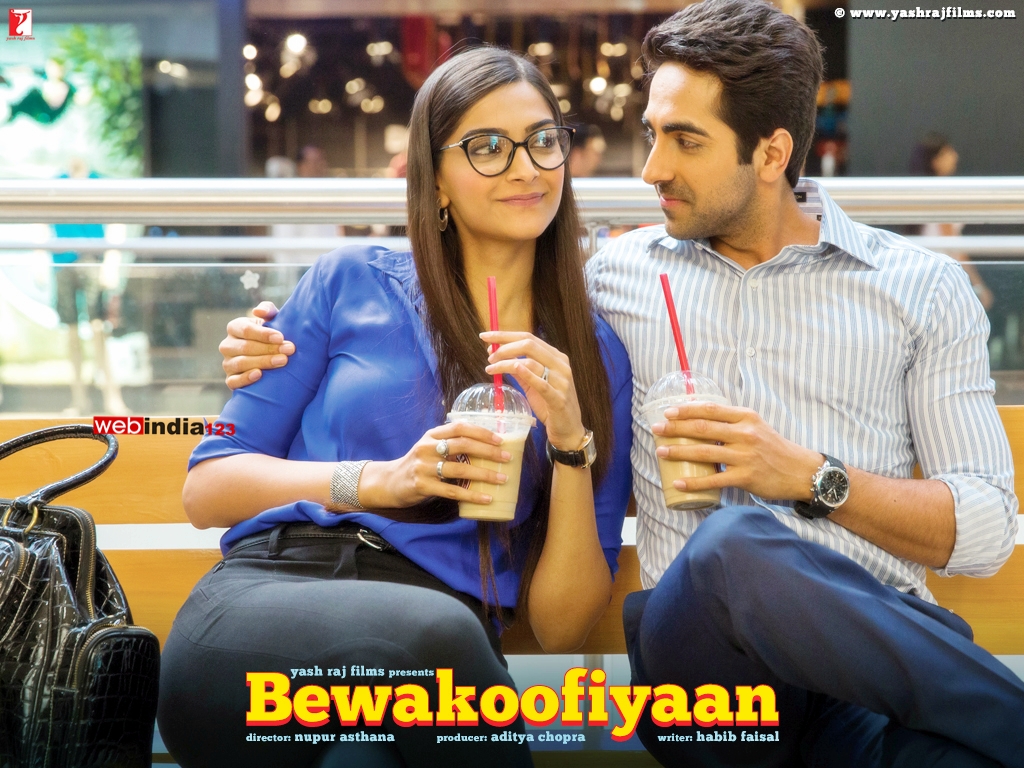 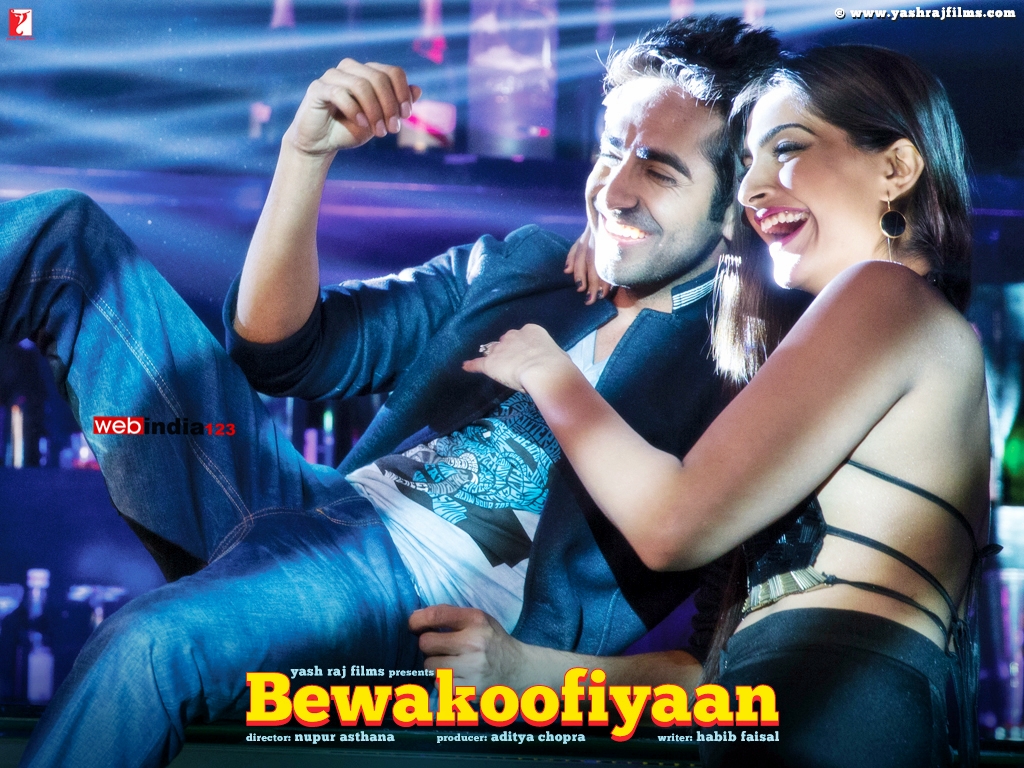 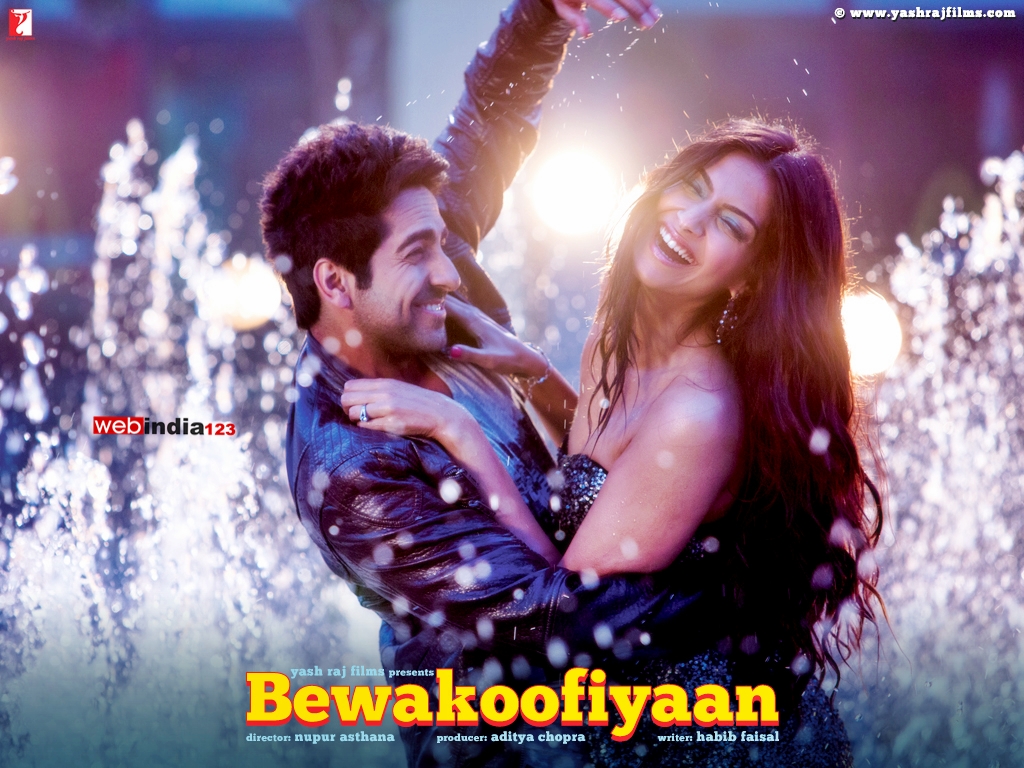 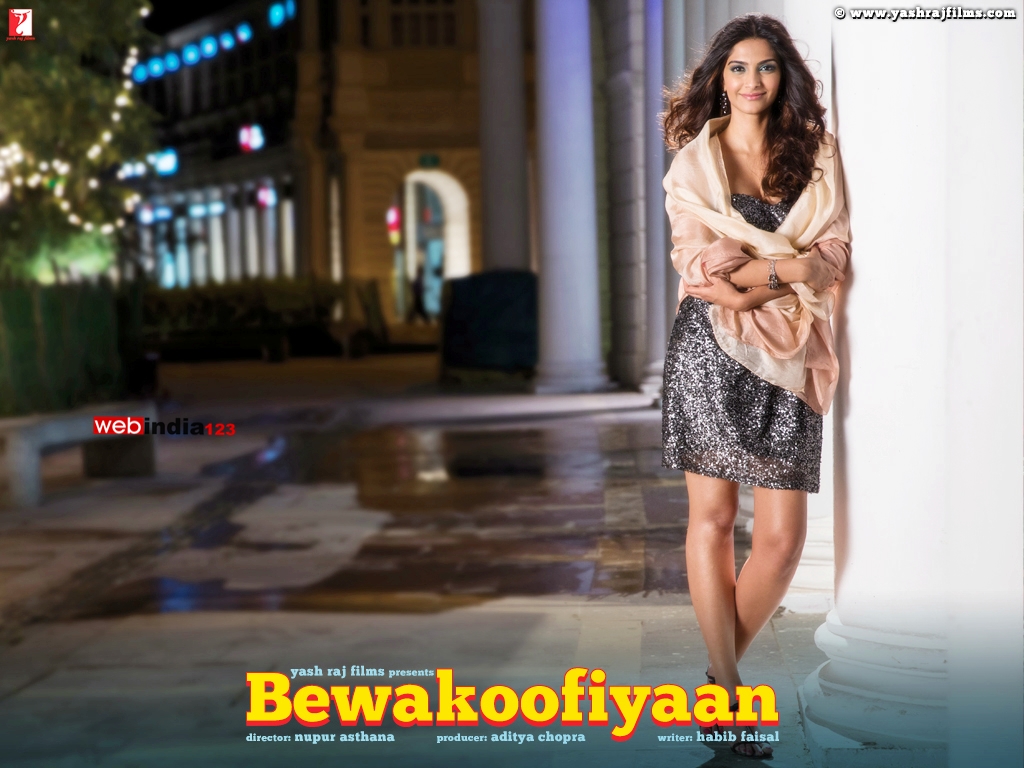 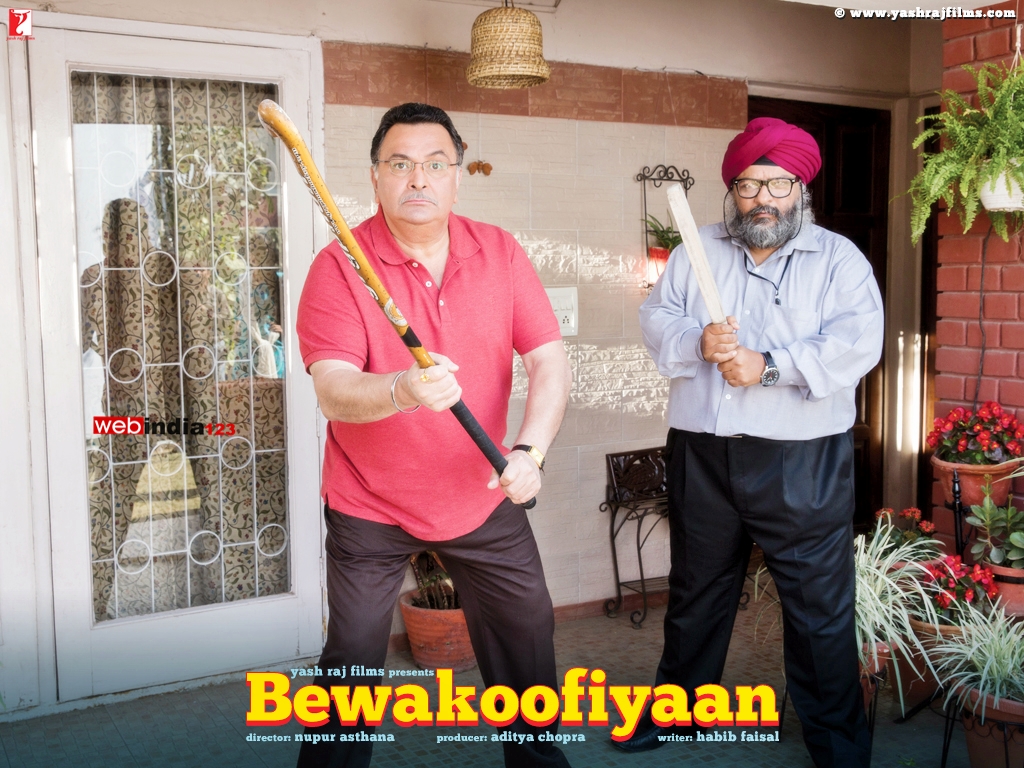 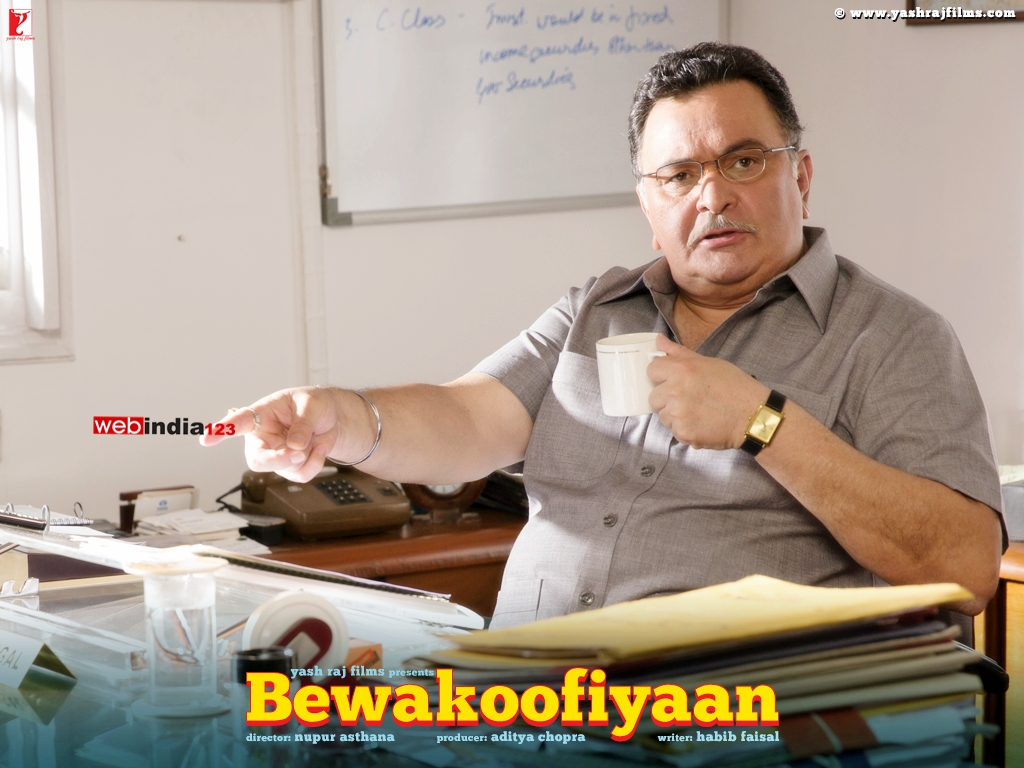 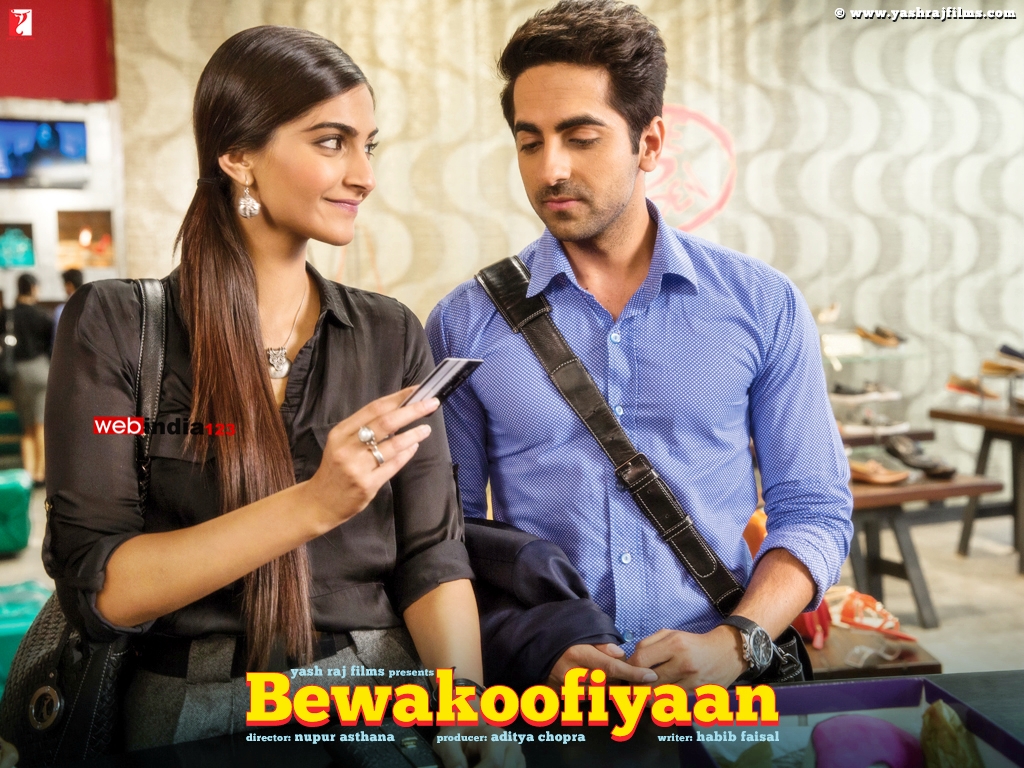 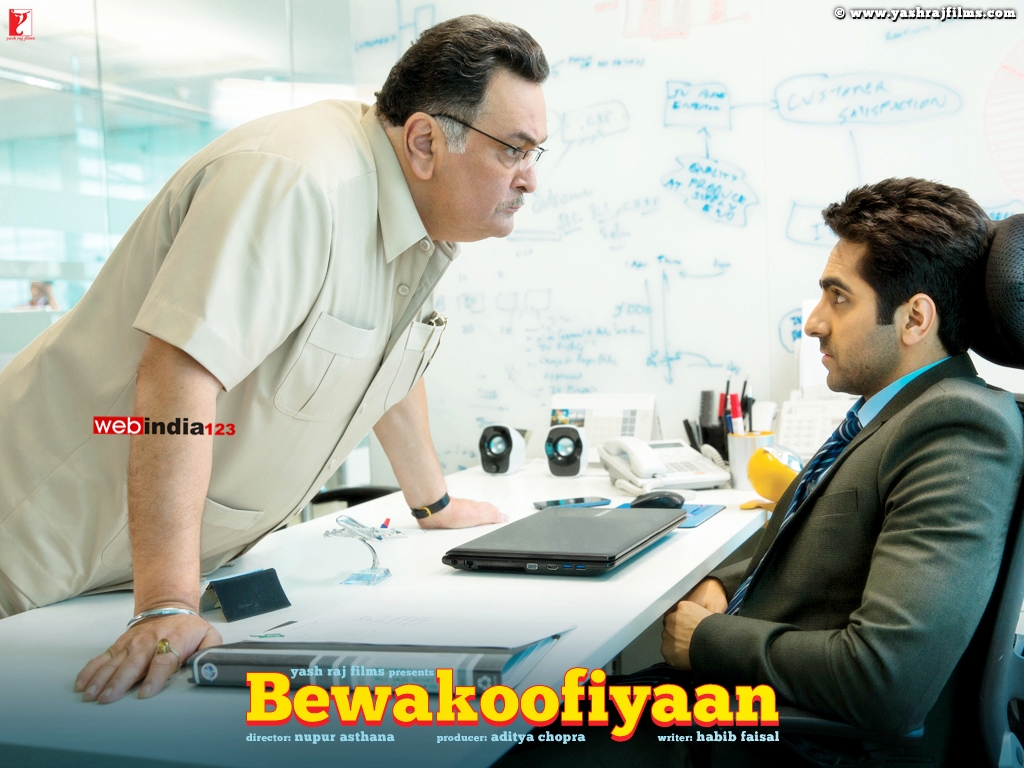 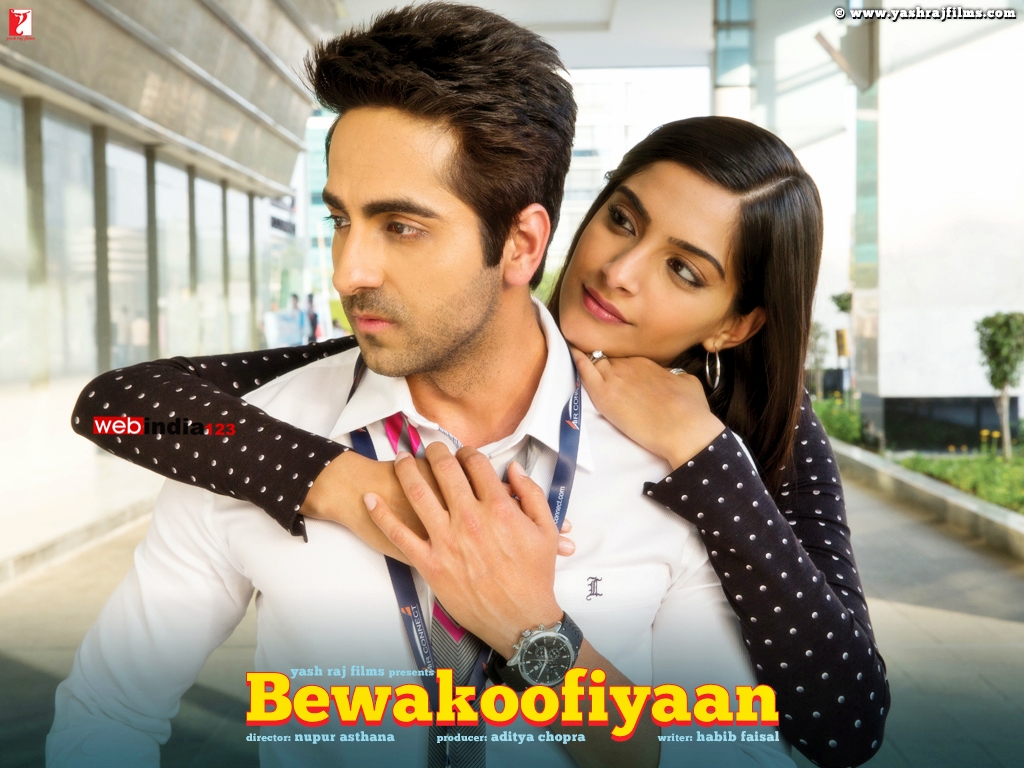 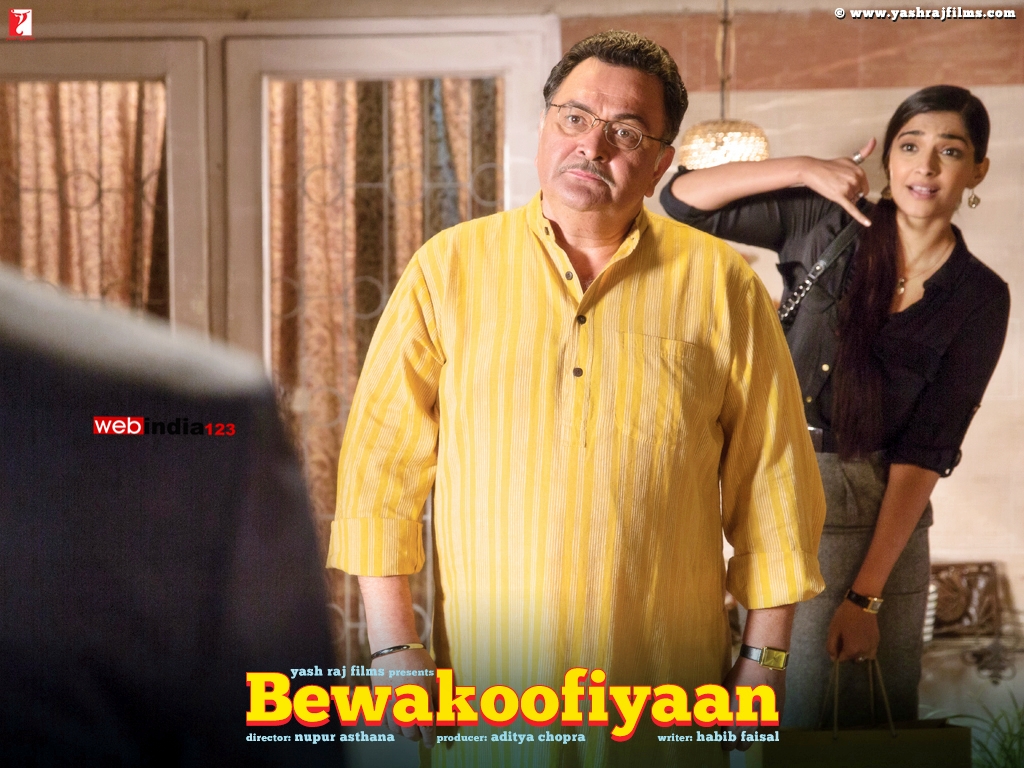 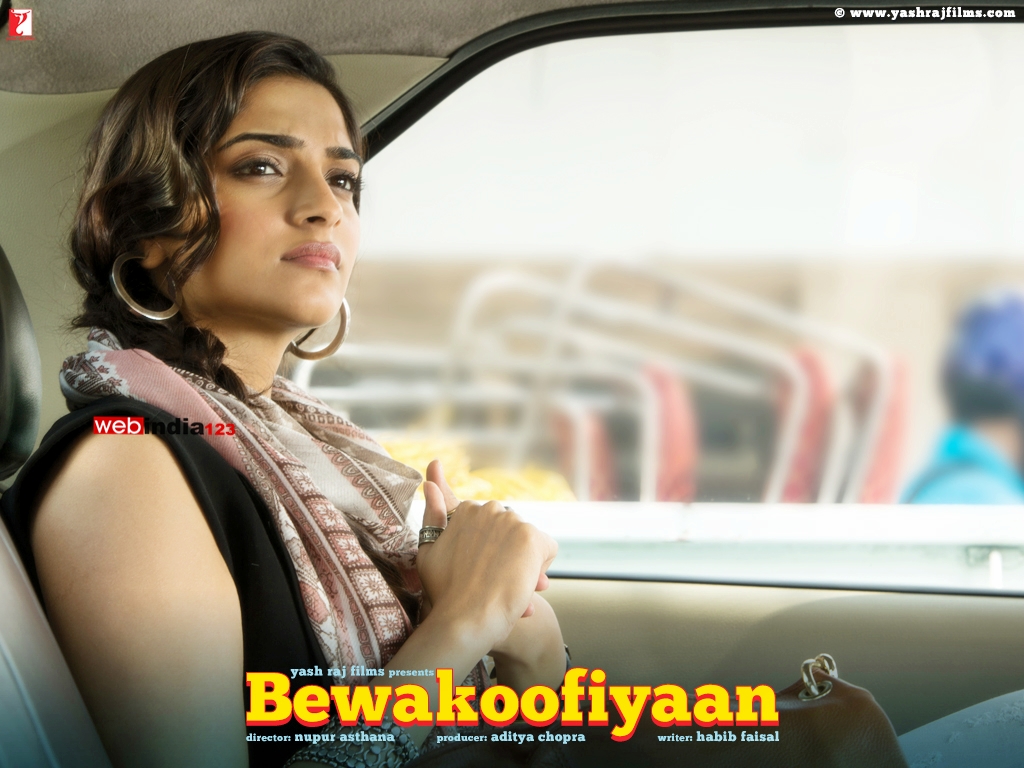 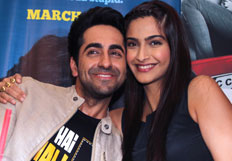 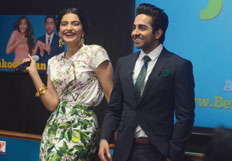