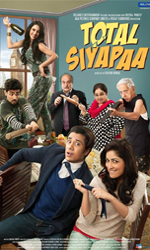 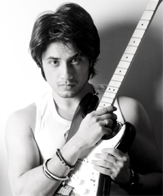 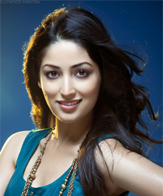 Picture this. The daughter of a family has a secret boyfriend whom she's about to introduce to the family. No big deal, right? But what if she is an Indian and he's a Pakistani?

Picking on this pert premise screenwriter Neeraj Pandey does a special 69 on cross-border politics. Borderline tensions are defused to the point until we see just the ludicrous futility of cultural bickering. It's a delicious idea to build a plot around.

Pandey derives inspiration from a Spanish film "Seres Queridos", in which the conflict between the Palestinian boy and his girlfriend's Jewish family was served in a feisty feast of farcical episodes, all meant to draw humour from the dysfunctional family's dysfunctionalism.

In the Hindi adaptation, the Pakistani boy is utterly and delectably lost in his girlfriend's Punjabi home in London.

Director Eeshwar Niwas, who had earlier adapted the ransom caper "Ruthless People" in a reasonably watchable film "Love Ke Liye Kuch Bhi Karega", uses London's nightscape as a beguiling backdrop to the Punjabi family's bickering. Ironically, the plot loses its liberal air once out on the streets.

Anupam Kher's tryst with a British hooker is sadly unanchored.

It's one evening in the family's history. The script brings out the eccentric characters and their whimsical ways with the kind of pleasure that a housewife experiences while serving up her husband's favourite dishes although she may not be too good at the cooking.

A lot of the humour simply sags in soggy lumps. There is a distinctly 'European' flavour and fervour to the unravelling of the comic mode in the dysfunctional family's life.

Ali Zafar as the bewildered Pakistani boyfriend and Kirron Kher as his scattered mother-in-law-to-be project a prowling predatoriness to their scenes together. They are a delight to watch when thrown together.

I really wish there was more of Kher and Zafar in the plot. The meat of the matter lies in the mater's time on screen with her to be 'damaad' (son-in-law).

Yami Gautam as the giggly prim girlfriend is a sketchily written mediocre character with no dips and curves.

New-find Sara Khan as Yami's sister comes across as a far more seductive character. The role is tantalising and Sara plays with guts and vivacity the near-divorced single mother with a restless foot under the dining table. And for my money, Sara's tabletop dance with the distinctly diffident Ali is the film's highlight.

Sadly by the time Sara's sexy jig comes along, the plot meanders in search of a combustive climax. The strenuous effort to Indianise a Spanish comedy begins to take its toll on the narrative when the dysfunctional family runs out of tricks to rivet us to their wackiness.

The film comes to an inglorious halt with one of the character's stumbling home in a dazed condition, much in the same condition as the plot. But there is a lot that goes in its favour.

The elegantly done-up cosy and eccentric atmosphere of a London home, for one. David Meadows' cinematography looks at London as home rather than a tourist destination.

Sanjoy Chowdhury's background score reminds us that no matter how hard the characters scream, the music needn't get aggressive in support.

The cast, as mentioned, largely does well for itself with Ali, Kirron and Sara leading the pack.

Is it enough for two individuals from clashing cultures and countries to be in love? Love can be quite a bitch.

"Total Siyapaa" is total madness. An audacious comedy that dares to poke fun at a border issue, the film is stylised and is attentively staged.

Making it on your own in Bollywood is challenging: Yami

In an industry where a slew of star children are gearing up for their launch into Hindi filmdom, actress Yami Gautam says making it in Bollywood all by herself has been challenging.Read More

Aman (Ali Zafar) is a Pakistani rockstar and Asha (Yami Gautam) is a Punjabi girl settled in London. The movie becomes interesting when Aman and Asha fall in love with each other.

The basic theme of the film is how the duo overcome parental objection as the girl's parents—played by Anupam Kher and Kirron Kher-are conservative Indians.

This movie focuses on the real differences between India & Pakistan. Also they are unwilling to go against their region & religion. This movie aims to awaken the hope in the hearts of the people to get peace.