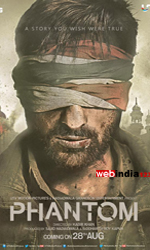 'Phantom' is aimed at stirring the patriotic fervour in every Indian making them feel good, as the death of innocents in the 26/11 carnage in Mumbai is avenged.

Loosely based on S. Hussain Zaidi's book, 'Mumbai Avengers', the film is a fictionalised version of how the masterminds of the terrorist attack are eliminated, albeit unofficially.

Disgraced after the attack and humiliated with the terror operation, the Research and Analysis Wing (RAW), a primary foreign intelligence agency of India, opts for 'an eye for an eye and tooth for a tooth' approach to beat the opponents at their own game.

Roy (Sabyasachi Chakrabarty), the head of RAW and his team search for the perfect candidate for this secret mission.

They zero down to Daniyal Khan (Saif Ali Khan) an ex-Army officer who has been court martialled and dismissed from the armed services on grounds of abandoning his battalion at a crucial time. As he lives a life of anonymity in the remote wastelands of the Himalayas, they feel he is the perfect foil for their mission.

They cajole Daniyal to accept the assignment. Seething under his ignominy and longing to get back his lost honour, Daniyal agrees. He is then introduced to Nawaz Mistry (Katrina Kaif), an agent working with Darkwater, a security consulting firm that works closely with RAW.

London, Chicago, Jordan, Beirut, Syria and finally Pakistan, are the places he travels to, assuming various identities, as part of his mission, which he successfully executes, assisted by Nawaz.

With a cursory mention of Daniyal's background and parents, his projection as the Phantom lacks conviction as a character. But, Saif portrays Daniyal Khan effectively, looking sincere and determined. He indulges in some high-octane action for a change.

Katrina as Nawaz Mistry, is more than a femme fatale. She supports him ably with a decent performance and some exciting stunts.

Sabyasachi adds nothing new to his character, whereas Ayyub shines as the young assistant in RAW even in his limited screen time.

It is the lesser known actors who are convincing with their realistic performances. The boy Shehzad, eager to get married and the nurse who helps the duo in Pakistan, make an impact.

While the premise of the film seems flimsy and far-fetched, the one-dimensional motive of arousing patriotic sentiments makes the script weak and unconvincing. Also, the smoothness and ease with which the hero eliminates each target on his mission, making it look like child's play, seem illogical and consequently amateurish.

Director Kabir Khan has interestingly executed the film with a fair amount of thrill and adventure. He ensures the adrenaline rush with the snappy screenplay with most of the shots lasting not more than five seconds each, Sham Kaushal's well choreographed action sequences and Aseem Mishra's brilliantly captured cinematography.

The setting and locales seem authentic and are beautifully captured transporting the audience to different places.

The music is incidental to the film, but does provide momentary relief.

'Phantom' can be a treat for lovers of action films, but for the rest it will appear like a cheap contrived fiction drama. 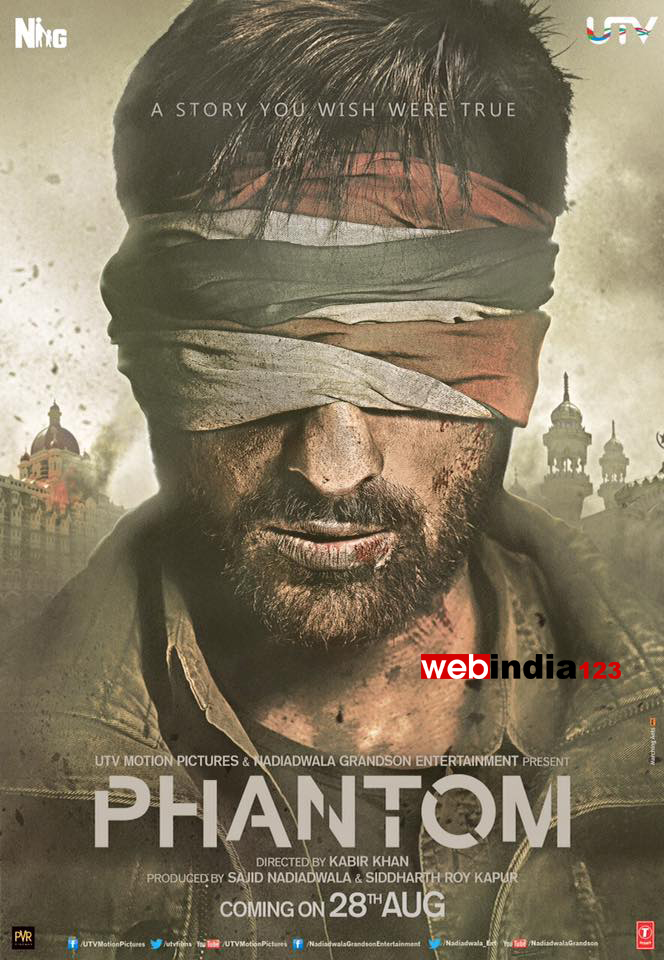 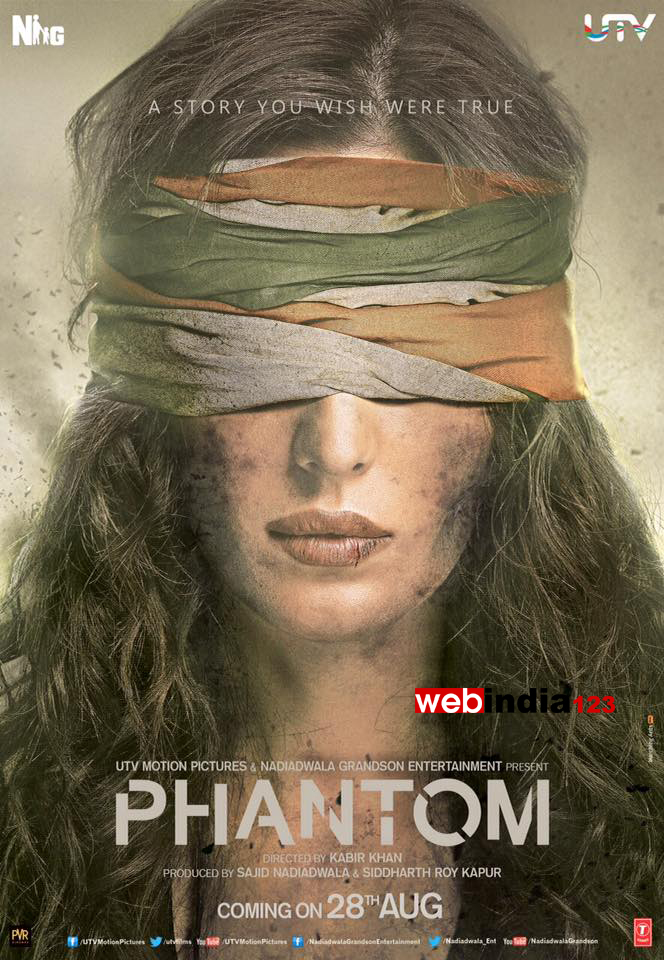