THE PRESIDENT IS COMING

The President Is Coming 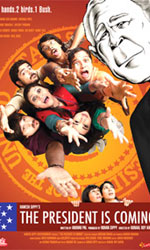 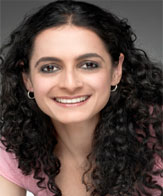 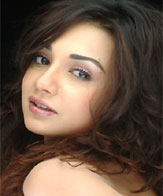 The President Is Coming Review

In his directorial debut, The President Is Coming, Kunaal Roy Kapoor has hit the bull`s eye. The movie, a satirical comedy to show India`s obsession with America, perfectly blends criticism with wit and leaves you in splits.

The President is Coming isn`t so much about the US President George W. Bush, it`s about what he represents in the minds of people in India. The movie can be termed as a perfect farewell to Bush, who is serving his last few days in the White House.

For most Indians, going to America is a solution to all their problems and Kapoor has beautifully presented it in the film.

Kapoor has made the film with the same cast that he used for the theatrical version - debutante Ira Dubey, Namit Das, Anand Tiwari, Satchik Puranik and Vivek Gomber and their excellent performances make the film worth the watch.

Konkona Sen Sharma is the new addition in the cast and her portrayal of a snooty Bengali writer who tries to outfox other contestants will win her much applause.

Made in English, the film is for a niche audience, but is a must watch for all irrespective of whether they love or hate America.

The film revolves around the US president`s visit to India and a PR agency`s hunt for a suitable Indian who will shake hands with him.

Shernaz Patel, an eccentric PR agent, has to do the difficult task of choosing a suitable young Indian to shake hands with the US president. She shortlists six people from different walks of life with the help of her dim-witted assistant Ritu Johnson (Shivani Tanksale) whom she tries to intimidate all the time.

As part of its tongue-in-cheek humour, the The President Is Coming begins stating that the film claims to be a fake documentary” and builds the situation in such a funny manner as if it actually happened.

The film lacks glitz and gloss, but the script seems to be in place, the dialogues are witty, the editing is also perfect, and most importantly the director never meanders from his main theme. All this makes The President Is Coming an enjoyable watch.

Kudos to Kapoor for coming up with such an entertaining film, which marks a good start this year for Bollywood.

The President Is Coming Synopsis

The timing for Kunaal Roy Kapoor`s directorial debut The President Is Coming could not be perfect. Laden with satire, the film, releasing Jan 9 pays a farewell to US President George W. Bush, who is serving his last few weeks in the White House.

The film was earlier scheduled for Nov 27 release, but was postponed because of the 26/11 Mumbai terror attacks. However, Kapur is now confident his film`s release won`t be delayed further.

The film is not so much about Bush. It`s about what he represents in the minds of people. Now that the president is going, my `president` is coming. This is my farewell gift to George Bush, Kapur, who has directed the same plot on stage, had earlier told IANS.

Kapur has made the film with the same cast that he used for the theatrical version - debutante Ira Dubey, Namit Das, Anand Tiwari, Satchik Puranik and Vivek Gomber. The only addition is Konkona Sen Sharma.

Produced by Rohan Sippy, the film is set in 1996 and traces the story of six contestants, who participate in a competition, the winner of which will get to meet the US president on his visit to India.

Written by Anuvab Pal, who scripted “Loins of Punjab Presents”, the film uses rib-tickling humour as a tool to highlight serious issues like globalisation and India`s blind obsession with the West.

“George Bush is more a state of mind than a person in my film. We never see him on screen the way we did in Apoorva Lakhia`s `Mission Istaanbul`. It`s (the film) more about the fixation we in this country have with international celebrities than a comment on global politics, said Kapur.

Last year most of the small budget movies failed to excite the audience. Failure of films like Sorry Bhai!, Oye Lucky! Lucky Oye, Maharathi and Dil Kabaddi has broken the myth that small is successful.