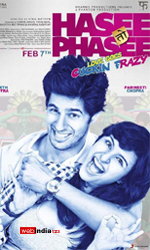 She is certifiably wacko, eats toothpaste, hobnobs with foreign powers, steals from her father, talks Mandarin and bluntly asks her sister's fiance to marry her.

"I promise I won't run away...Life-time guarantee," Parineeti Chopra, as the zany fey and mad Meeta tells Siddharth Malhotra in a beautifully written and directed sequence in an empty bus.

Ab bus bhi karo! How many more commercial Indian films are going to be set in the Great Big Fat Indian Wedding? And really, after Kareena Kapoor in Imtiaz Ali's "Jab We Met", Kangna Ranaut in Aanand Rai's "Tanu Weds Manu" and Katrina Kaif in "Mere Brother Ki Shaadi" , there's nothing runaway brides can do to shock us any more...

So wait, don't go away. The good news is, there is no runaway bride in "Hasee Toh Phasee". But don't break into a Bhangra as yet. Because there is a runaway bridegroom.

Set during a Gujarati wedding between two souls who are not meant to be together, the film at heart is not a comedy at all...unless you think a grown-up girl who is locked up for hours in a room peeing in her pants is funny....so I wonder why it was promoted as one!

Though the surface mood of the film is skittish and cheeky, "Hasee Toh Phasee" is an unmistakably somber study of dysfunctionality as seen during a time of tremendous festivity.

So here's the the all-too-familiar scenario. Nikhil (Siddharth Malhotra) is about to marry Ms Money. Luckily for Nikhil and for the audience Karishma, as played by the sweetly believable Adah Sharma, is not a rich bitch like the hero's embarrassing fiancee in this weeks other release Babloo Happy Hai. She is rich. But not a bitch. Got that?

The characters in this darkly humorous tale of misfits and other adventurers steadily remain within the realm of the believable even the situations handed over to them by the uneven but effective script wobble dangerously out of control.

Many sequences such as the one where Parineeti takes a brood of old wedding guests through a wild walk through the bustling lanes of Delhi , lose their warmth in translation. They must have sounded engaging on paper, though.

Nonetheless there is so much here that just warms up the inner-most spaces in our hearts.

The longish sequence where Nikhil takes Parineeti outside her home so she can get a glimpse of her estranged father, or that moment when Nikhil picks her up from a dingy guest house...these are bravely written scenes.

The director is not afraid of silences. Several episodes are done without the prop of a background score. While there are too many songs popping up here there and every-wail, the "Zehnaseeb" track that shows up at the climax adds just the right flavour and fervor to the proceedings.

There are many sluggish moments in the storytelling. You wish the editing would have been tighter. You wish the film's setting and festive mood had been less cliched. And you wish there wasn't so much stress on catching the characters in a constant condition of quirkiness. It's like watching decent people on pot and on the potty all the time.

But then there is Parineeti Chopra, so wonderfully articulate even as she grapples to command the gibberish grammarof her character's screwed-up personality. It's definitely not easy to play a wacko with such steadfast empathy. Parineeti again proves herself one of the finest actresses of our times.

Siddharth Malhotra seems more taken up with putting his best profile forward on screen. He struggles to subjugate his innate vanity and look sincere in his space. But it's a losing battle. One doesn't see the actor identify with his character's wayward entrepreneurship and his sudden discovery of a protective warmth towards the zany girl who jumps in to his life.

Mohan Joshi as the bride Adah Sharma and the bride's sister Parineeti Chopra's father gives a first-rate performance. To me this is more a father-daughter drama than a loverboy-wackogirl rom-com.

No matter how you look at it, the film and every rich resplendent moment in it, belongs to Parineeti Chopra. She irons out all the rough spots in the storytelling, hides all the wrinkles in the jaded plot and makes her character seem far more empathetic than it would have been in a lesser actress' hands.

Yup, if the film gets your undivided attention it's because Parineeti won't let us look away.

Actress Adah Sharma will next feature in the upcoming film titled "Soulmate". She will play a double role. Read More 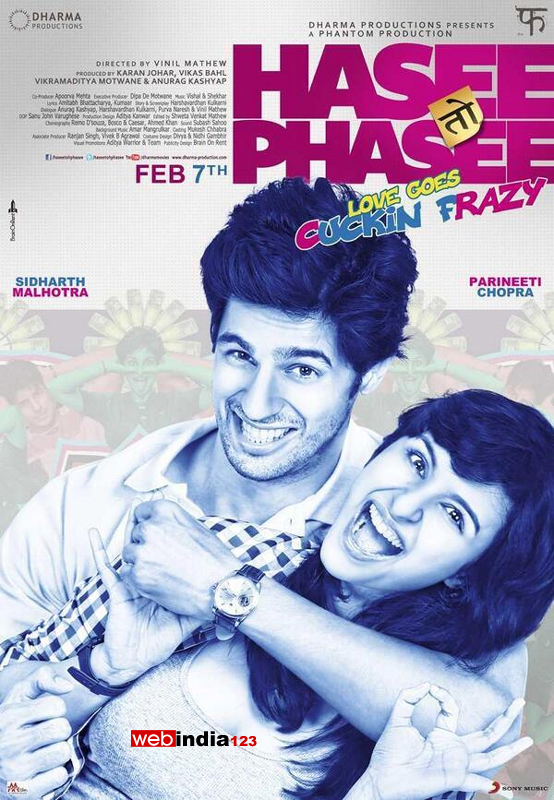 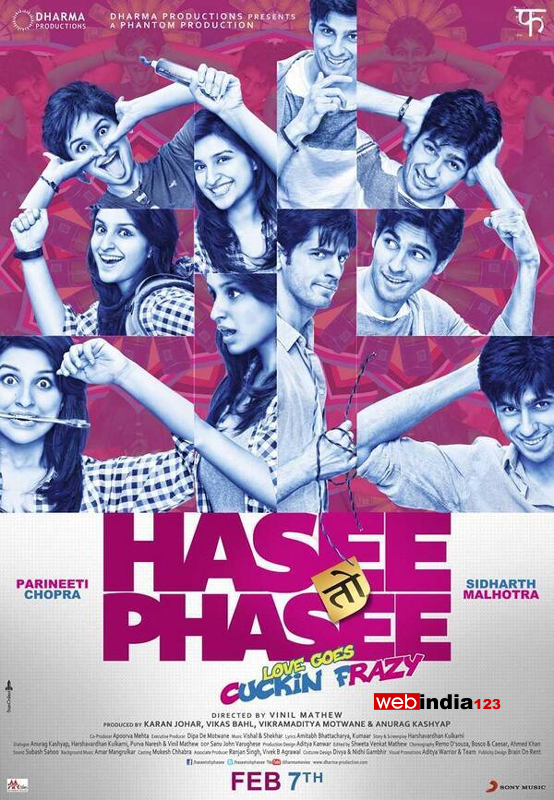 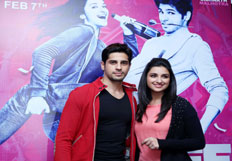 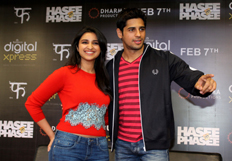 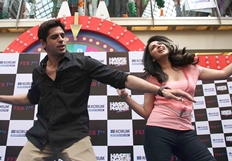 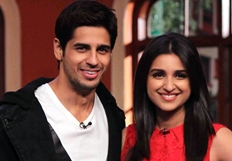