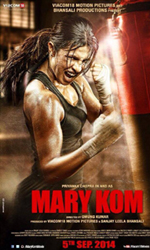 It's that life-defining moment when a character on screen transforms totally into a real life personality. We've seen Seema Biswas, Ben Kingsley and Farhan Akhtar metamorphose into real life characters in front of our bewildered eyes.

Now it is Priyanka Chopra. She virtually transforms her physicality before entering the spirit and the soul of boxing champ Mary Kom (MC).

And what a grand entry!

Ladies and gentlemen, we give you Priyanka as the gritty volatile boxer from Manipur who won't take no for an answer, even from god. Penetrating a male domain like boxing in a gender-defying swoop, Priyanka's MC takes us on a voyage of self-discovery where a plucky poor girl from rural Manipur goes right to the Olympics. It's an incredible story filled with sound and fury signifying something deep and seductive, just waiting to be told.

Hats off to debutant director Omung Kumar for bringing us one of the most inspiring biopics to have ever reached the silver screen.

"Mujhe bronze pasand nahin aata," barks MC's coach. As we see Mary's dreams come true in front of our eyes, we know she was born to win.

The narrative has a soaring quality and texture. It simply takes off with scarcely any room for breathing space. The breathless quality of storytelling goes well with the protagonist's stormy mercurial nature.

As MC' story unravels in a flashback we meet a woman who is not affected by gender rules and discrimination that governs our society.

Very early in the tightly clenched narrative, we see MC get into a full-fledged scuffle with a school bully. Later she takes on another far more dangerous bully who threatens to destroy her boxing career. In and out of the arena Mary never stops fighting.

"The rest of the world may be round. But your world is this square ring," her coach reminds her pointing to the boxing arena. The struggle, as depicted in the stunning unspoilt northeastern terrain of Manipur, captured with mesmeric intensity by cinematographer Keiko Nakahara, is manifold. Here it is a curse to be born a girl. And to be born a girl who wants to be a boxing champ!

You have to be kidding.

Admirably the narrative doesn't over-sentimentalise MC's struggle. This is "Mother India" without the glycerine and melodrama. As played by Priyanka, MC is both gritty and giggly, plucky and precocious, a ferocious fighter and a tender mother.

Priyanka expresses every shade of her character with a pitch-perfect bravado. Her northeastern accent could easily have become caricatural. The actress controls curbs and quantifies every component of her character's personality without losing that basic element of spontaneity without which Mary would have become mechanical.

I dare any other actress to play MC the way Priyanka has. Even Hilary Swank would have been stumped by MC'S mystical mix of the girlish and the aggressive. Priyanka gets the point.

My favourite sequences are the ones where MC shares tender marital moments with her husband. If it's vital for a career woman to get a supportive husband, it is equally essential for a film starring a female hero to have a co-actor who can play yin to her yang. Newcomer Darshan Kumar suffuses the screen with such supreme spousal sensitivity. He is a talent to watch.

Predictably enough a lot of the opposition to MC's dreams is shown to come from within her home. The skirmishes between MC and her father (Robin Das) and MC's gender battle with the slimy executive of the boxing federation (played with diabolic relish by Shakti Singh) are exceptionally filmy', and I use that word in the truest cinematic sense.

The picturesque narrative, the richly flavoured music composed by Shashi Suman and Shivum (watch out for the poignant lullaby sung by Priyanka), the rapid fire editing, the framing of the shimmering shots and the incredibly aesthetic use of rich colours bear the unmistakable stamp of producer Sanjay Leela Bhansali, who is billed as Creative Director.

"Mary Kom" is a motivational masterpiece. From first frame to last it grips your senses and irrigates the parched corridors of your heart like very few biopics in recent times. Kumar weaves seamlessly in and out of Mary's remarkable life creating a work that is as dramatic as Mehboob Khan's "Mother India" and as inspiring as Richard Attenborough's "Gandhi".

Priyanka's powerhouse performance knocks the breath out of our solar plexus. She yet again proves herself the best actress of her generation.

Hereafter there will be an eternal confusion about whose face goes on the hoardings announcing Mary Kom's boxing events.

I wanted to be a filmmaker: Priyanka Chopra

Actress Priyanka Chopra, who showcased her first northeastern film production "Pahuna: The Little Visitors" at the Toronto International Film Festival (TIFF), is overwhelmed by the response she has got for the movie and says this was the reason she wanted to be a filmmaker.Read More

Actor Siddhanth Kapoor says he didnt think twice before signing on to portray underworld don Dawood Ibrahim in the upcoming film "Haseena: The Queen of Mumbai" and rather took it as a challenge.Read More

The movie begins in earnest by showing an incident that builds her interest in self-defence before showing her first interaction with a boxing gymnasium and coach and her entry into boxing. The movie then tells the story of her initial training, her struggle with a new sport, her immense dedication and will, her passion, while at the same time showing the immense struggle of balancing the needs of home and boxing and the additional sacrifices that she had to make to pay for her classes and equipment, all in the context of the poverty that was a constant in her early life.

The script builds up to the reasons for Mary’s first unsanctioned fight and the immense odds that she faces against a fancied opponent to win some money for her family. The script them engages with Mary’s relationship with the officialdom of the boxing federation and weaves in the challenges of that relationship into her burgeoning professional career in the larger context of Onler’s proposal and her decision to marry him and then giving birth to twins. Mary is shown balancing the demands of her training with the demands of her young children and how the balance is made possible by the unending attention of Onler, who learns to take care of the children under Mary’s supervision.

The story shows how the country writes her off and the pressures on her and her family to have her quit. And then it is shown how she makes a comeback and wins accolades, along with taking care of family and children. 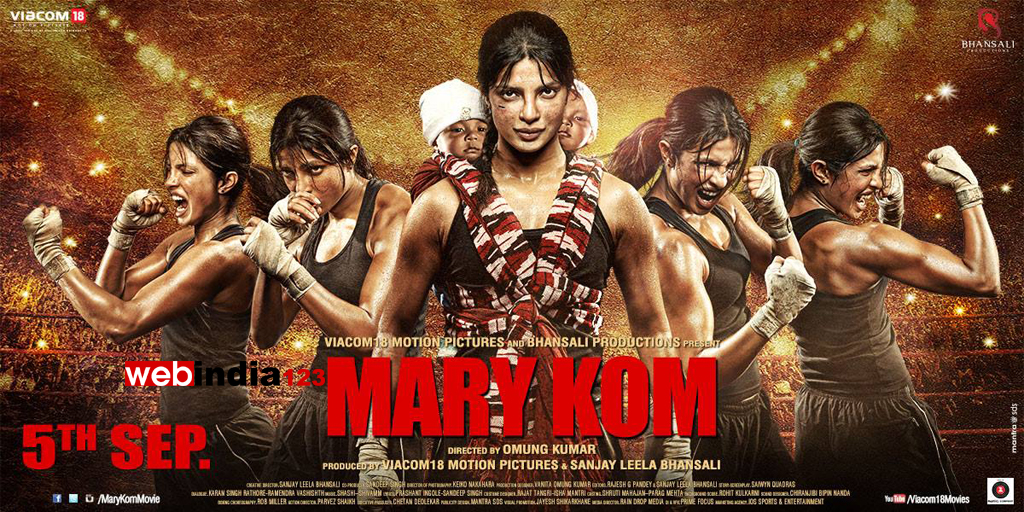 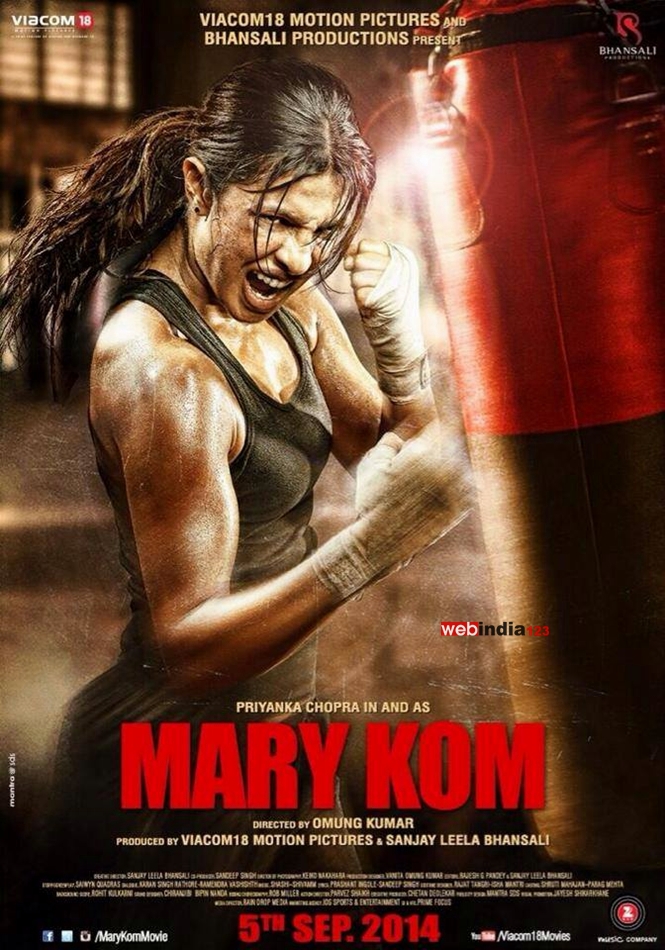 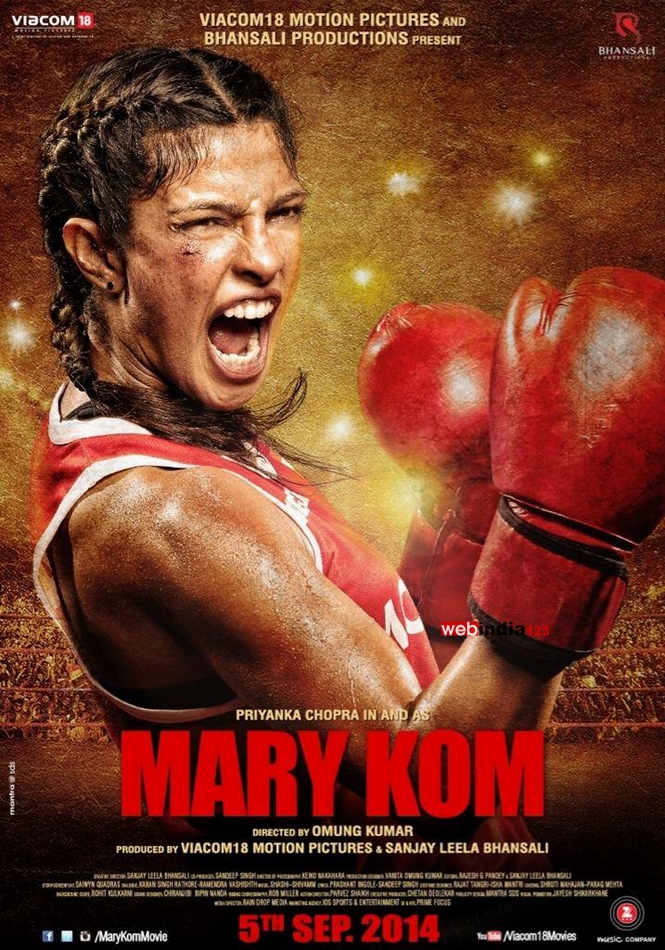