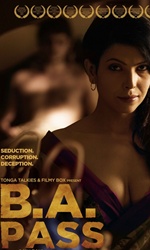 Somewhere towards the end of the protagonist Mukesh's descent into a self-created hell, we see him standing shamelessly at the roadside soliciting sex, being picked up by three drunken burly men.

A little later, Shadab Kamal sobs in the bathroom, blood dripping to his feet in a trail of tell-tale brutality.

The intense implicit violence that underlines this sequence reminded me of a similar process of sexual debasement undertaken by Mark Wahlberg in Paul Thomas Anderson's "Boogie Nights".

"B.A. Pass" is set in present day Delhi -- Paharganj, to be more precise. Bustling with sights, sounds and smells of doom and despair, it is a gripping story of a young financially-challenged man's journey into a world of prostitution.

We could say, we have never seen this before. And we would be as close to the truth as this film tries to get.

The taut screenplay by Ritesh Shah never allows room for superfluous moments. We follow Mukesh's descent into a life of compromised morality with an absence of condemnation and censure. Mukesh's environment and his circumstances as a displaced orphan are not exploited to generate pathos.

No one in this film allows us to feel sorry for the derelict lives. The characters fit into the film's wretched karma with disturbing inevitability, as though everyone we see in this motion picture was pre-ordained to suffer and fade away.

By the time we arrive at the finishing line, we know the protagonist has exhausted all his options. It is the end of the road for the film's achingly young gigolo-protagonist. Hard choices have to be made at this pen-ultimate juncture.

As we watch the talented Shadab Kamal lay bare his character's soul, we are suddenly reminded of how far we have come in his 95-minute journey from innocence and anxiety to despair and doom.

Debutant director Ajay Bahl puts forward a little gem of story which radiates the colours of life's most grim and harsh reality. There are so many young dreams dying every day in the metropolises. As one struggler in Bollywood once told me, "I came to Mumbai to kick ass. Instead I ended licking ass".

To envision the withering away of innocent aspirations in the merciless light of reality without a shred of self-pitying melodrama is not an easy task. Bahl does it with great confidence and sensitivity.

That he has personally done the film's cinematography is such a beautiful circumstance for the film. I doubt another cameraman could capture those places in these troubled characters' lives that Bahl captures with such force and vitality.

Moving fluently from the tender to the brutal, Bahl portrays the underbelly of Delhi with telling truthfulness. There are no false notes in this tale of seduction and debasement. What gripped me right away were the passages of screaming silence.

"B.A. Pass" italicizes the character's askew lived by bathing them in silence. The soundtrack (composed by Alokananda Dasgupta, daughter of filmmaker Buddhadeb Dasgupta) is aptly minimal austere and unsparing.

The sex is suitably cold and detached. When the young virgin-boy hero arrives in the bored housewife's home for the first time, she wastes no time in getting him to lie down on the sofa clambering over him briskly and unbuckling his trousers.

The seduction is swift and businesslike; the sex, sometimes ugly, never satisfying.

When a woman is caught with a gigolo, her husband rapes her doggie-style in front of the toy-boy to let the wife and her lover know who wears the pants in the house even when its down to his ankles.

The film is mostly populated by unlikeable, loathsome people. And yet in their selfish manoeuvres they willy nilly end up being part of a plot that keeps the audience involved till the very end.

A part of the film's riveting charm originates from the authentic faces that populate Bahl's nation of damnation. These are real people living out of authentic homes that exist beyond the director's domain of 'action' and 'cut'.

While the supporting cast of unknown faces (barring Deepti Naval who shows up in a sad moment) extends a hand of sturdy believability, it is the dynamics shared between Shilpa Shukla as the housewife espousing a secret life of sexual indulgence, and newcomer Shadab as a casualty of rampant promiscuousness, who provide a centre to this melancholic ode to a life of fringe fatal benefits.

Shilpa, seen in a strong performance earlier in "Chak De India", doesn't let us come near her character's insecurities. She plays the fornicating housewife with stoic candour.

Shadab's character is gauche and flummoxed to begin with but quickly begins to grasp the importance of being sexually empowered. Shadab is a discovery.

"B.A. Pass" is a stark and brutal saga of seduction and betrayal. It is that unusual work of cinema which explores the darkest depths of the human consciousness without losing sight of the light that underscores life.

It would be erroneous to treat this film as only a serious noire effort. It is that, yes. But it's also a film that makes an impact in unexpectedly blithe ways, creeping up into our conscience when we least expect an intrusion and lodging itself cosily in a corner. 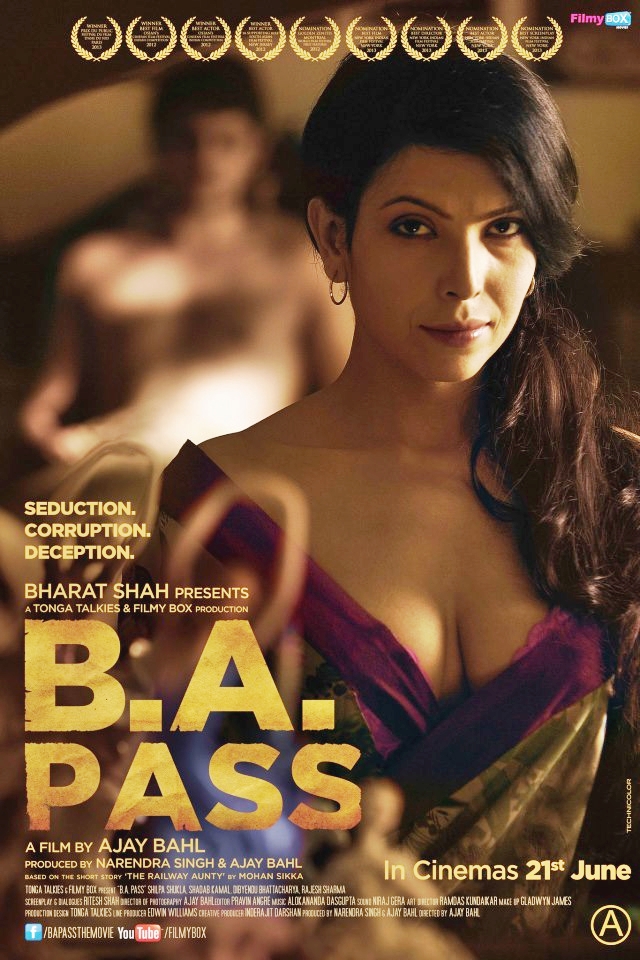 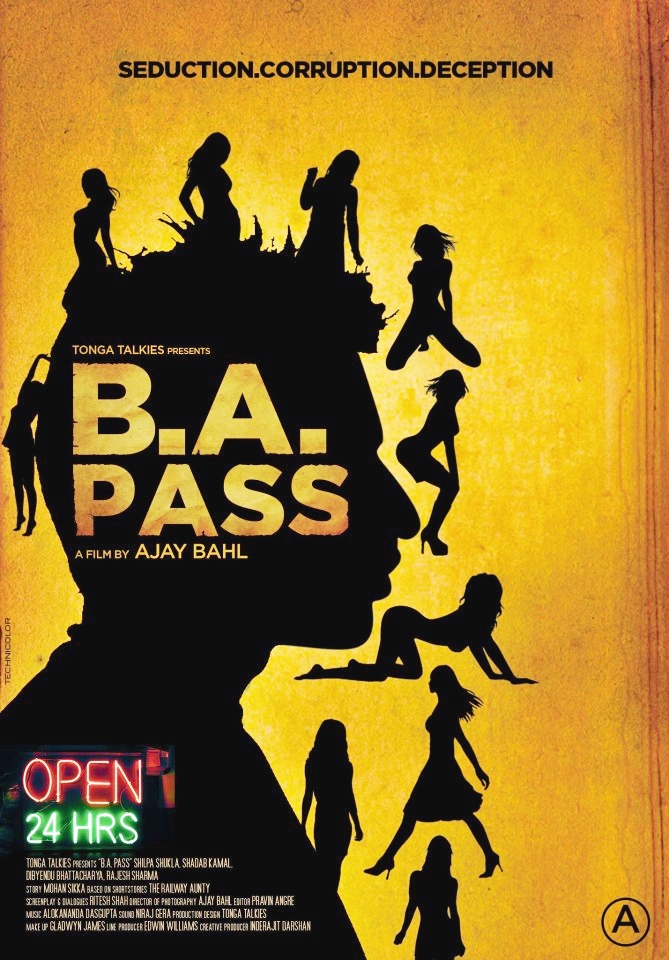 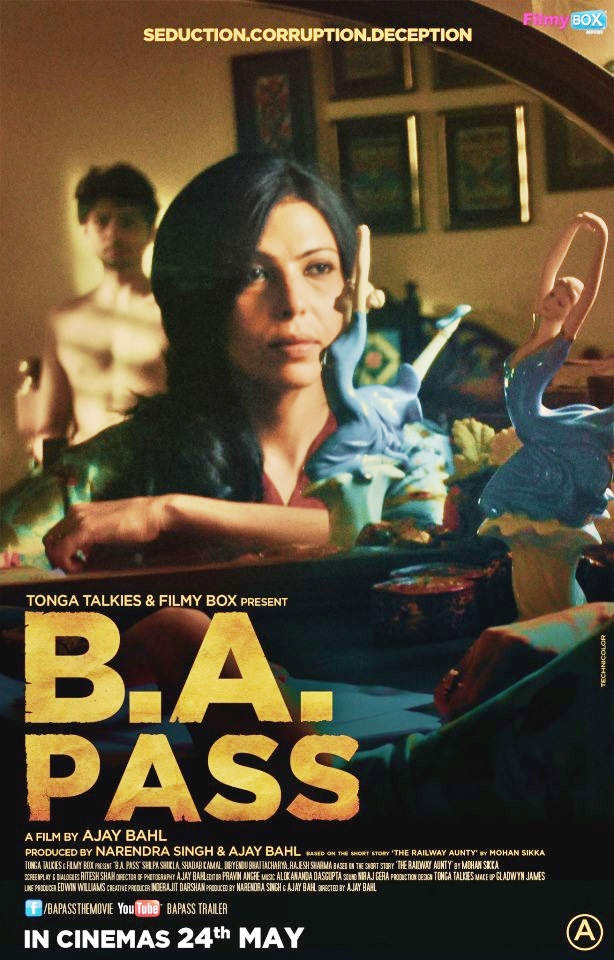 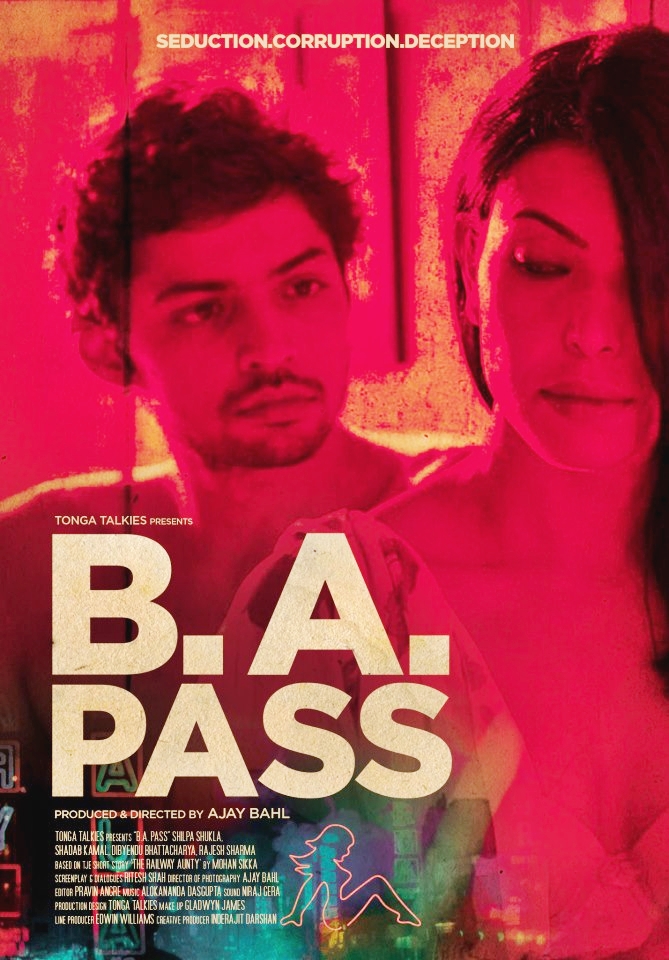 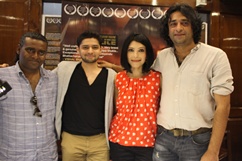 B A Pass promotional activity Stills 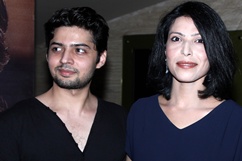