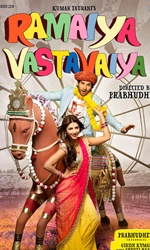 'Ramaiya Vastavaiya': Old-fashioned love story but still fresh (IANS Hindi Film Review)
Rating: 3/5
This is a world of cultural values that are gone with the wind. Almost. It takes a man of Prabhudheva's innocent insouciance to bring alive that almost-forgotten feeling of the good old fashioned commercial cinema where the rich throw bundles of bank notes into the faces of the poor to get anything done, and the poor live on farms in the back of the beyond where credit cards are yet to reach.

"Maine Pyar Kiya", anyone? Yes, Prabhudheva's film, designed to launch the producer's son in style, is a quaint homage to old-fashioned love. The film offers a colourful palate of visuals and emotions neatly and aesthetically packaged. The film is shot by cinematographer Kiran Deohans to ensure the flamboyant feast of flurry doesn't get garish.

Of course the aesthetics here are very basic, very desi, very much in keeping with the those times when love meant wallowing in cow dung in your beloved's backyard. The colours are sprayed on to the frames to suggest that happiness is often related to the environment that we inhabit. Everyone wears a lot of colours. The saris are sequined and heavily embroidered. You can't miss the lavish budget.

The young energetic hero's dad Randhir Kapoor behaves as though he never grew up as he slipped into old age. Randhir incidentally is in his element. He is wickedly tongue-in-cheek with his screen son. He leaves us guessing whether he's laughing with or at the goings-on. But poor Vinod Khanna. His role seems to have bypassed Asrani.

And the plot? It subsumes emphatic elements from the modern mythology of the joint family. A possessive paternal brother (Sonu Sood, controlled and calm even when provoked by the plot to go over the top) brings up his kid-sister Sona (Shruti Haasan) with tender care.

A wedding, not hers... luckily not yet, changes everything.

During her best friend's wedding, Sona meets "Australia-returned" Ram. And we all know the rest. It is not easy to package the predictable patterns of a typical romance in ways that seem different and dynamic.

Prabhudheva's assertive yet restrained vision manages to instil a sense of freshness and warmth to the trite often ridiculously anarchic proceedings. Imagine a wooden toy-horse standing symbolically on the mantel as a sign of sibling love in this day and age!

There are episodes in the romance that leave us open-mouthed, not necessarily for their novelty-value. Take this as an example: Aussie boy Ram emerges from the shower and accidentally drops the towel in front of the village girl and then asks in all seriousness, "I hope you didn't see anything."

The second-half shifts gears and we have debutant Girish Kumar (ebullient and full of beans, so energetic you want to ask him to slow down and take deep breaths) travelling from, yes, Australia to his lady-love's village to win over her unrelenting brother.

The thing about Prabhudheva's direction is its high energy level. Here, he films sequences such as those showing the ruralisation of the chee-chee NRI, in choreographic splendour with the hero using an abundance of physical energy to convey his cultural shock.

Girish Kumar's young-love act is akin to Charlie Chaplin on steroids. Take that as you will. Shruti Haasan who is painlashed in her other release "D Day" this week, is here required to blink and act bewildered and lost in the world of the filthy dirty uncivilized rich.

That brilliant Tamil actor Nasser (also seen in "D Day") playing the party-pooper with a daughter who lusts after Girish, hams it up shamelessly. But you can't really blame him. This is a film where everyone enjoys hitting the higher notes and toppling over the line of control.

It's a crazily cluttered world, that somehow manages to be enjoyable. Filled with music (the "Jeene laga hoon" track by Atif Aslam stands out) action sound of slurpy sensations of crowded frames filled with food, feud, farce and fury that one associates with the cinema of Manmohan Desai and Sooraj Bajratya.

Yes, Prabhudheva knows his audience. He even shows up for an item song with Jacqueline Fernandes in the second-half that turns out to be neither here nor there. This is a good old fashioned sweet tender, funny heartwarming and engaging yarn spread out in a sumptuous vegetarian thali.

Veteran Bollywood actor Vinod Khanna, who was hospitalised earlier this month, died on Thursday morning after a prolonged illness, informed sources said. He was 70.Read More 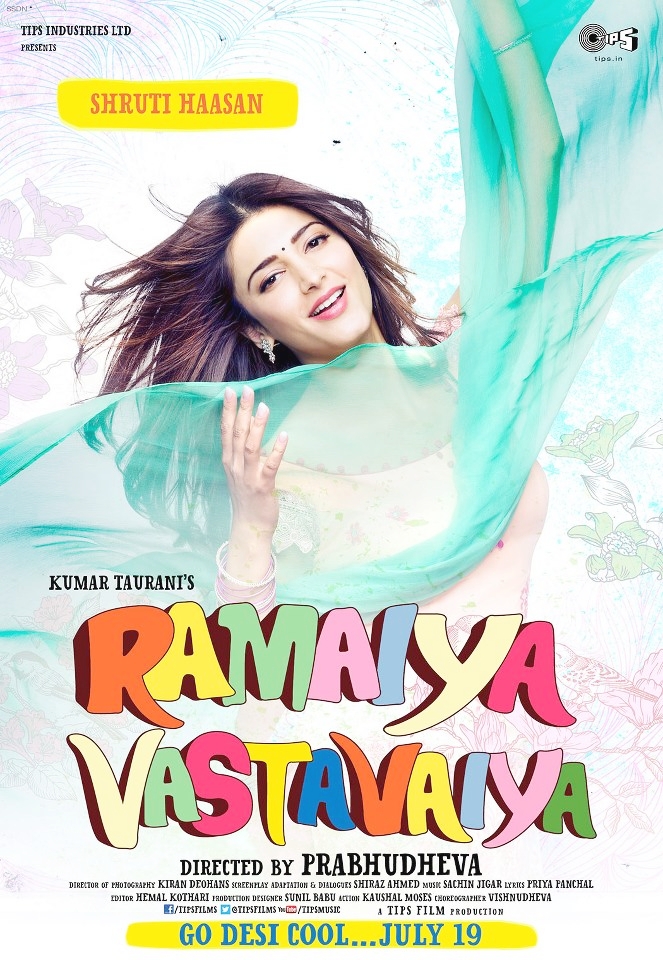 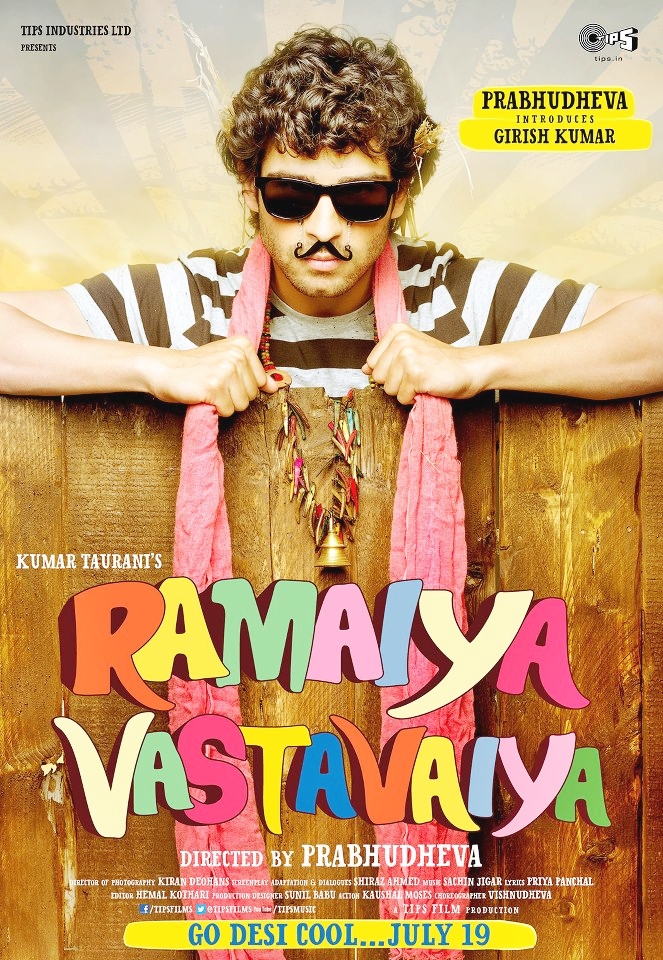 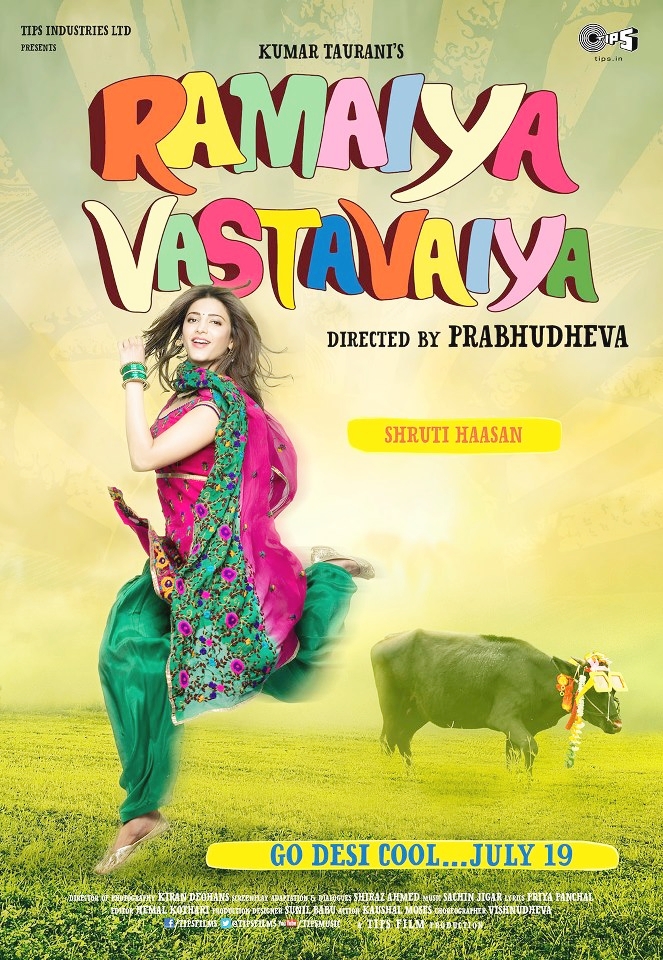 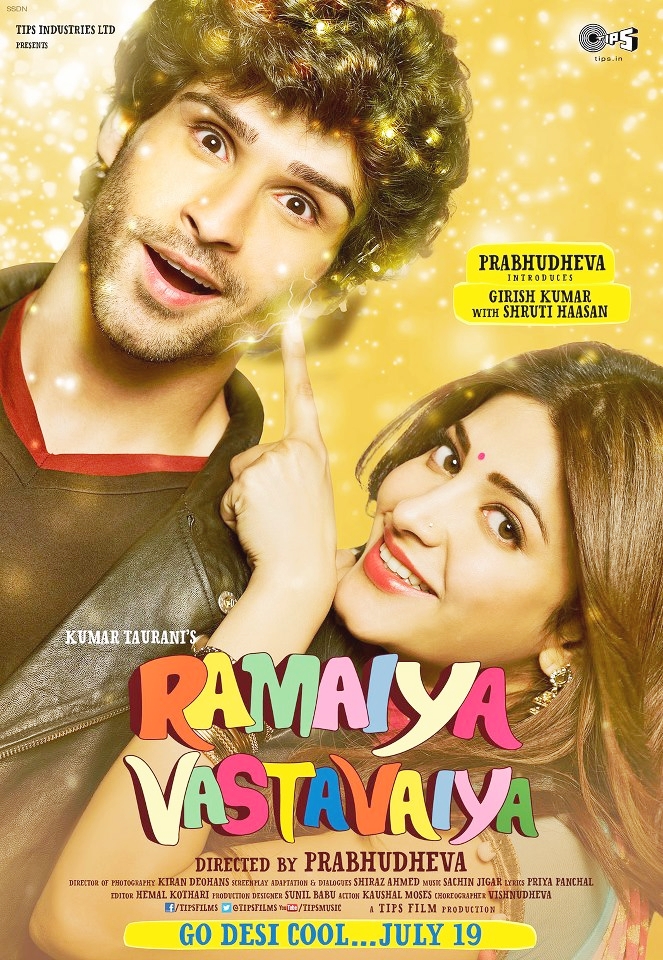 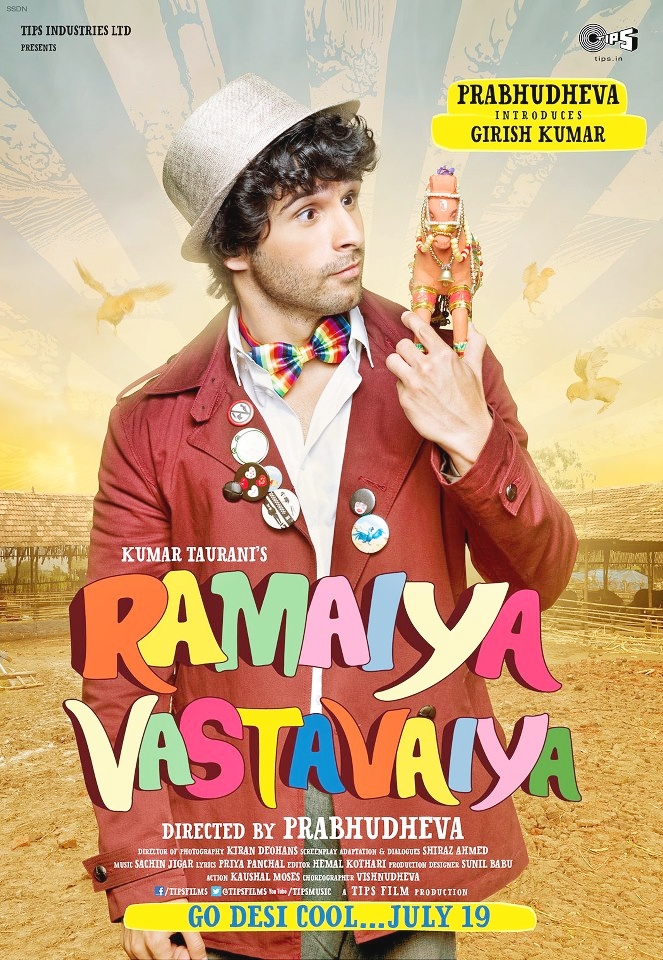 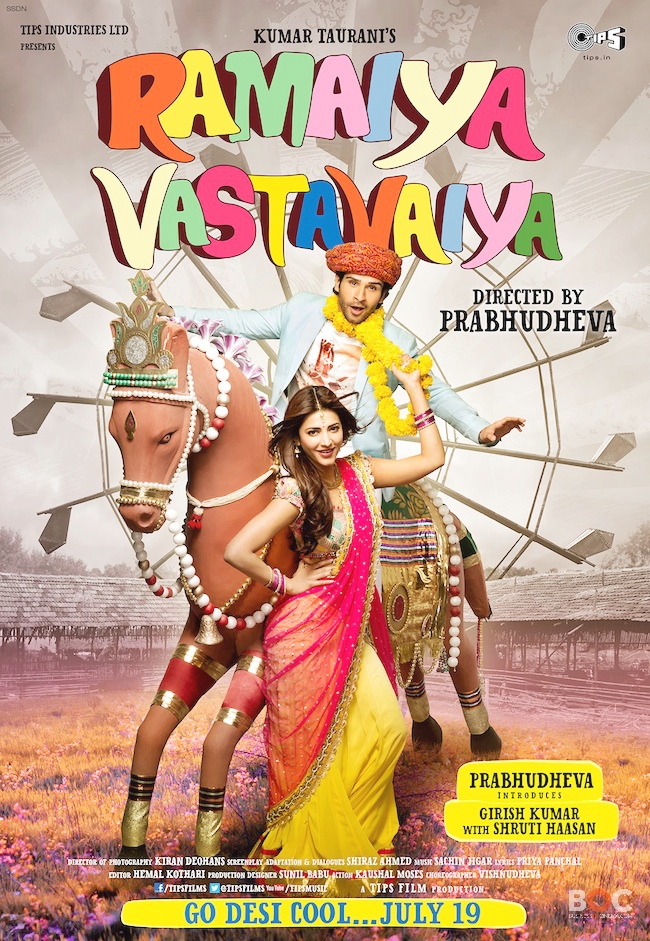 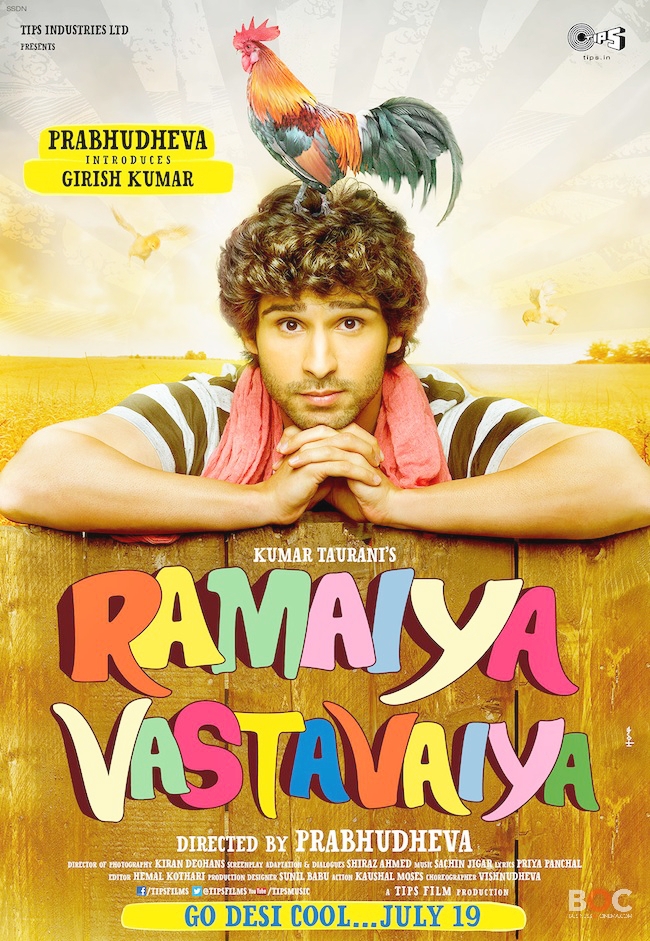 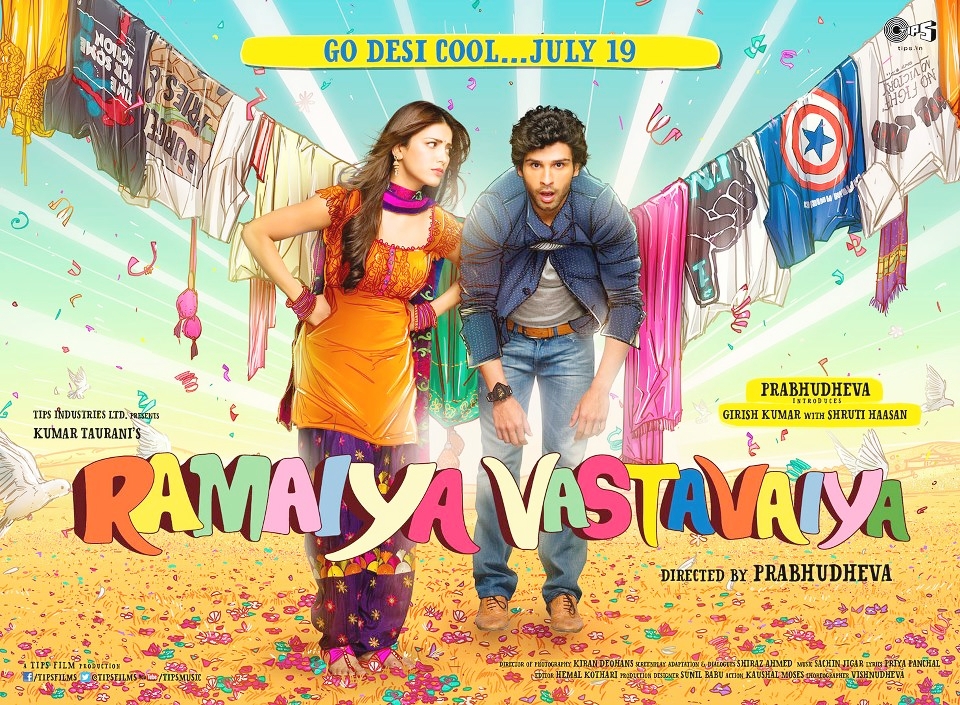 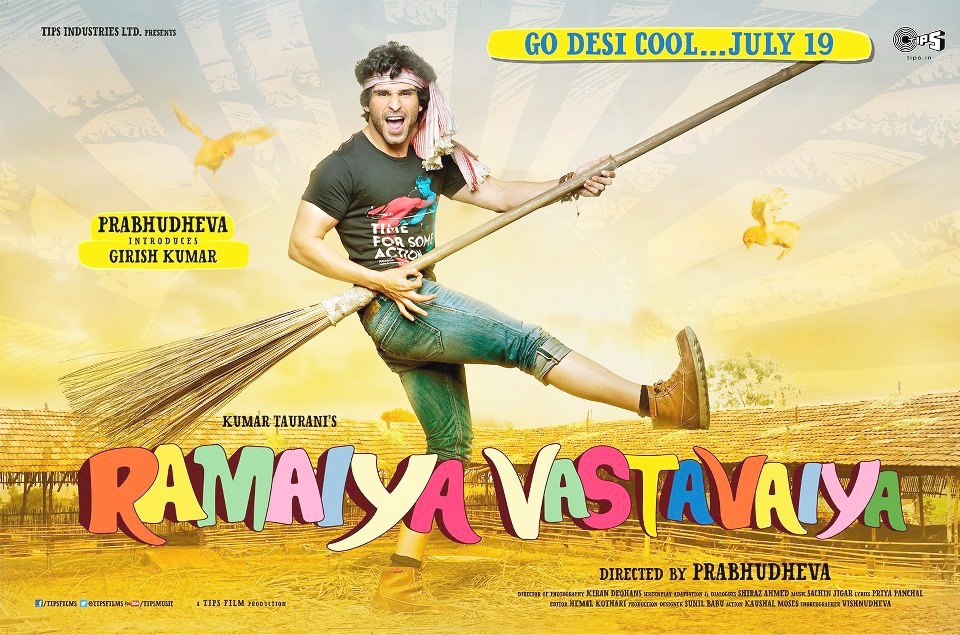 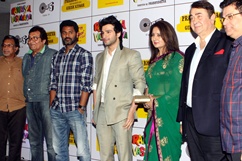 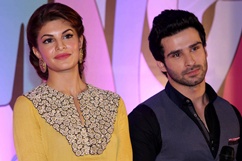 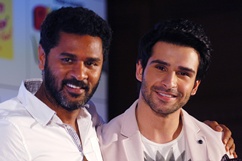