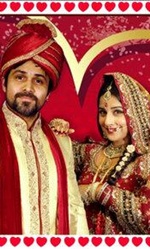 He is a lazy lad. And she is one helluva crazy Punjaban whose kookie cooking drives her sullen husband up the nearest wall. Disgust on the dining-table camouflaged in tons of table-salt, Sanju (Emraan Hashmi, pitch-perfect in his spousal indolence) would probably have gone on tolerating his wife's appalling culinary skills matched only by her hideous fashion sense, if only he didn't decide to pull off one last heist that would make him and his inept cook of a wife rich for the rest of their life.

Oh, I forgot to tell you... Hashmi plays an expert lock-picker, the kind of safe-bet who can crack safes faster than we can say 'Saif Ali Khan'. Forgetfulness comes easily in this crazily unpredictable dark comedy about an ordinary Delhi couple's life going unimaginably out-of-control when they decide to mess around with two self-styled bumbling baddies, who seem to have modelled their crime life on pirated video prints of Guy Ritchie and Quentin Tarantino crime flicks. Really, they suck at their job.

Every character in this out-of-the-box comedy is a bit of an ineffectual self-important clown. In trying hard to be cool, they end up looking like fools. And they don't even know it!

"Ghanchakkar" is a domestic comedy that gets progressively dark and sinister. Some of the film's most riveting moments find our amnesiac hero searching for his own identity and trying to locate the trust factor in his marriage that is threatened by his lack of cogent memory. Director Rajkumar Gupta is the master of straight-faced whimsy. There are no laugh-out-loud moments in "Ghanchakkar". Its humour is the kind that hits you in hindsight.

Characters such as Parvin Dabas keep popping up for no seeming purpose. But then we begin to realise the plot's larger design is to tell us that there's no real larger design in life. Very often things happen haphazardly and inexplicably because that's the way life is.

The characters and situations in "Ghanchakkar" are neither relatable or particularly likeable. You really don't want to run into these people even for fun.

Many chunks of Gupta's storytelling seem excessively quirky capturing in languid motions, the vagaries of everyday life without whipping up an over-punctuated drama either through the background score or fancy editing patterns. Setu's camera looks at Mumbai's middleclass with affectionate disdain, not judgmental, but certainly not aloof either.

Some ongoing gags, like the Namit Das' character's phone-sex and the guy on the local train returning home with vegetables for his wife who is repeatedly intimidated by Namit Das, just don't hold together. That maybe because this is not comic cinema as we know and acknowledge it.

Gupta creates a world high on eccentricity in the uncaring city. If the truth be told, we've never seen anything like this film before. Gupta's third film is wacky, whimsical, dark, scrumptious and though not as lightly humorous as your average comedy, wonderfully innovative in the sparing use of dramatic devices, including music.

Its sinister thrusts, especially towards the end, eat ravenously into the comedy. This may not work for those who are comically regaled by the "Golmaal" series or even the wacky wit of "Fukrey". The comedy in "Ghanchakkar" is entirely reliant on the principal characters' ability to penetrate and make sense of the squalid world of greed and acquisitiveness that they seem to inhabit so casually.

The film's heist-quotient is substantially sustained and aggrandised by the crackling hissing and snarling chemistry between the bold and fearless Balan and the endearingly restrained and under-the-top Hashmi. Their mutual suspicion of one another's marital integrity is delightfully irreverent and yet disturbingly relevant in today's times when distrust is a dowry gift in a majority of marriages.

In their delightful lovemaking sequence, Gupta and his astute co-writer Parvez Shiekh turn the politics of the bedroom on its head. Hashmi appears seductively at the bedroom door wearing the nightwear that his wife has brought him... Underwears and condoms are shyly mentioned. What follows is funny and, er, unforgettable.

The incidental characters - an inquisitive neighbour, an over-friendly real-estate agent, a nosy mother/mother-in-law whom we only hear on the phone, et al, appear unannounced. But then all said and dumped, "Ghanchakkar" is nothing like anything we've encountered in the genre of dark comedy.

Depicting the scary, but savagely funny underbelly of the Great Indian Middleclass' consumerist caprices, "Ghanchakkar" gives Vidya Balan another chance after "The Dirty Picture" and "Kahaani" to create an unorthodox heroine. You may not think much of her loud attitude to life, but then you have to hand it to Vidya for staying constantly unpredictable in her characterisations. Emraan Hashmi seems to instinctively grasp his forgetful character's obstinacy and anxieties. He brings calm to the breathless proceedings.

"Ghanchakkar" may not be every moviegoer's cup of tee-hee. But this comedy of arrears, monstrous arrears, is quite simply one of the most unusual comedies in...er, living memory. 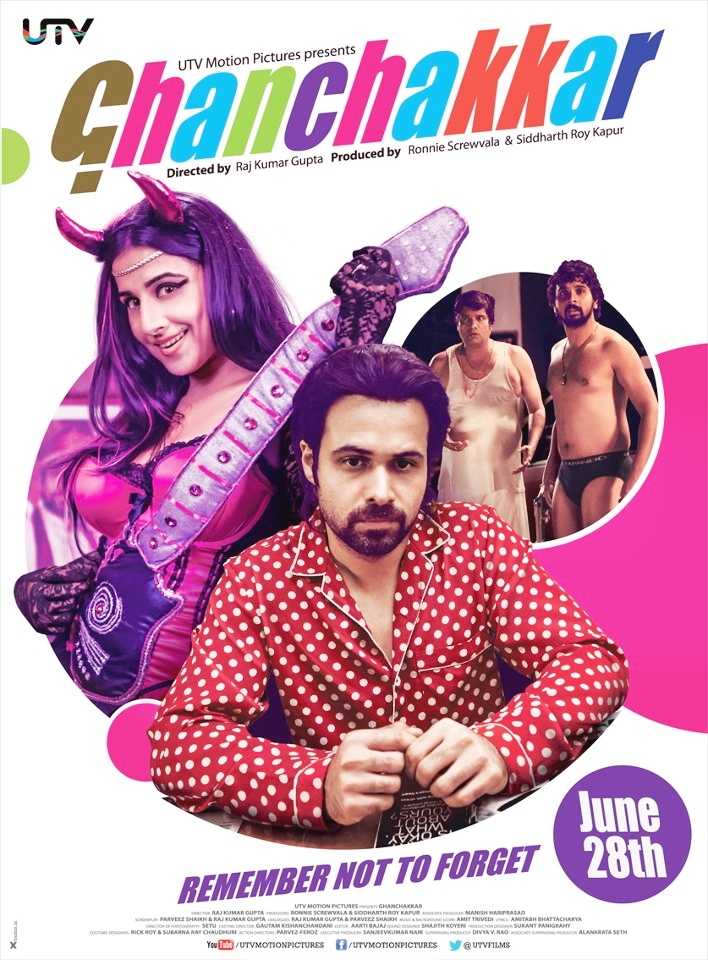 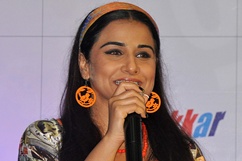 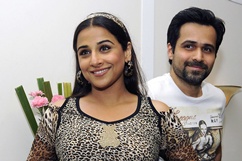 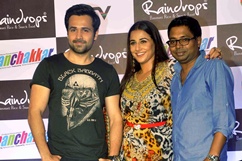 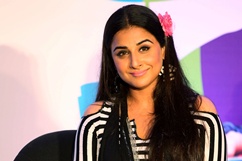