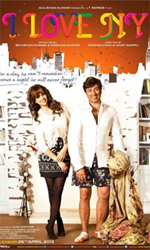 A commitment phobic bachelor, Randhir Singh (Sunny Deol) who is a banker in Chicago, is fed up of his humdrum life and decides to settle down in matrimony with Riya (Tannishtha Chatterjee), who he has been with for a while now. That is his New Year resolution. Riya too is happy and they are both set for a romantic dinner for two, to usher in the New Year. Arrangements have even been made to pack off his father (Prem Chopra) who he lives with, to a club with his friends for a party.

Celebrating with his friends in the Health Club, which is his annual ritual, Randhir has too many drinks and is completely sloshed. A funny turn of events land him in New York at the same address as his in Chicago, in the bedroom of a house where Tikku ( Kangana Ranaut) an orphan music teacher, lives with her flatmate Vidya, an air hostess.

A one night story on New Year's Eve, where a series of misunderstandings take place between Tikku and her boyfriend Ishaan (Navin Chowdhry) owing to the presence of Randhir, forms the crux of the film.

Although it is intended to be a rom-com and evokes a few laughs, the entire premise of the film is silly and far-fetched. The writing lacks credibility and depth. The love story offers a few moments of relief and surprisingly, the chemistry between Kangana and Sunny Deol is palpable in a few scenes.

Sunny Deol as Randhir is definitely not the best choice to play a romantic guy at his age. And of course he is severely lacking on the performance front too. In the scene where he desperately tries to look and behave like a young man, seemingly unsure about how to propose to a girl, he is extremely unconvincing.

Kangana Ranaut, even in a nondescript film like this, gives a good performance and plays the vulnerable girl seeking love, with conviction. She is sincere and endearing in several scenes although her character of a girl being dumped seems regular now. The scene where she is trying to woo her boyfriend who is angry with her, through a song, is definitely one of the, or perhaps, the only highlight of the film. She looks beautiful and lights up the screen with her natural portrayal.

Tannishtha Chatterjee as Riya looks smart and glamorous and performs competently, albeit with limited screen time. Prem Chopra plays the loving father with ease, but does not have too much to do. Reema Lagoo and Maya Alagh in a one-scene role are completely wasted.

British TV actor Navin Chowdhry, playing Ishaan, portrays his character of the control-freak and possessive boyfriend realistically, making you hate him. He has sizeable screen time too, giving him enough scope. His fake American accent when speaking in Hindi, unfortunately comes on and off and is a bit jarring and amusing.

The production quality of the film is good and the cinematography and smooth edits are worth a mention.

The songs fit well into the narration, specially "Aa Jaa Meri Jaan" which is picturised beautifully.

Watch this film only if you enjoy love stories even if they defy logic or you are a die-hard Kangana Ranaut fan.

I Love New Year is a Bollywood romantic comedy film directed by Radhika Rao and Vinay Sapru starring Sunny Deol and Kangana Ranaut.The film is produced by Bhushan Kumar and Krishan Kumar under the banner of Super Cassettes Industries Ltd. It`s a story on what happens between two people in a span of two days over the New Year`s Eve.The movie follows two strangers, a beautiful musician (Kangana Ranaut) and a serious Wall Street banker (Sunny Deol), that have a chance encounter on New Year`s Eve that the banker can`t seem to remember and the events that come about as a result of the two meeting. 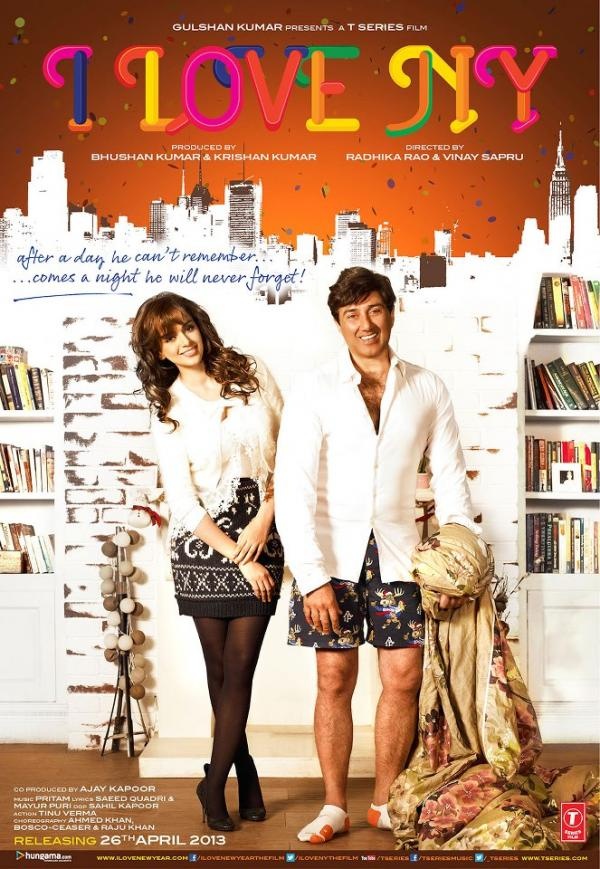