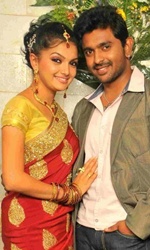 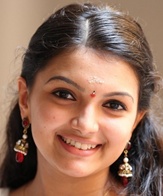 `Ee Bhumi Aa Bhanu` suffers because of weak script
Rating: **
The one redeeming feature of K.C. Venugopal`s directorial debut "Ee Bhumi Aa Bhanu" is that it is made without unnecessary commercial ingredients. But it does not qualify as a neat film because of the bad script and boring narration.

The tragedy of some forgettable films like "Ee Bhumi Aa Bhanu" is that despite hard work put in by actors, it fails because neither script nor technical aspects support them.

In this film Ajit Patre and award-winning actress Sharanya Mohan`s performances are noticeable, but the weak script mars the film.

Producer Mallikarjuna has taken a lot of responsibilities like writing the story, screenplay, dialogues, and lyrics, besides funding the project. Naturally, director Venugopal, who had earlier assisted many known directors, has little freedom to negotiate.

Overdose of dialogues, lack of freshness in the narrative and influence of 1980s movies spoil the experience.

Bhanu and Bhumi are poles apart with their own set of priorities and dreams. But they are brought together by some events in life. After marriage, the differences grow between them, leading to their separation.

Post-separation, Bhanu is unable to forget Bhumi and tries to reconcile with her. But Bhumi, who is being influenced by her mother, doesn`t show any interest in reuniting with him.

What happens later forms the rest of the story.

Ajith emotes well and looks good in dance and song sequences, but it is Sharanya Mohan who turns out to be a scene stealer with her performance.