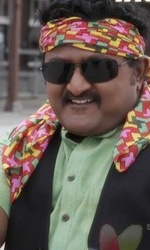 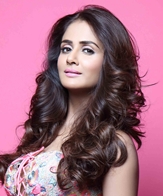 `Nandeesha` fails with weak script
Rating: **
Komal is at it again. Most of his films, produced under the home banner, are usually based on Malayalam hit films which atleast ensured a good turn out at the theatres. He picks a Malayalam film, makes some cosmetic changes in its script and ensures a good making of the film with rich production values. But his recent film "Nandeesha", has let him down in the sense that the changes made in the film`s second half, has taken the film to lower depths.

"Nandeesha" is a remake of Dileep-Kavya Madhavan-starrer 2003 film "Thilakam", which showcased excellent performances from all its actors. The film had a fair slice of comedy, sentiment and action packaged in an interesting manner. But Sai Prakash, director of "Nandeesha", has changed the background of the film from affairs of the underworld to the operations of a TV channel.

The whole film is overturned with this change in script, and that is mainly responsible for the horrible narration in the second half.

The story goes like this - Nanjunda Swamy is a teacher in a village who is searching his son, who got lost in a a big fair 10 years ago. He is giving advertisements in newspapers in the hope that he may find his son some day. Nandeesha is placed in an orphan house and is taken straight to Nanjunda Swamy. But Nandeesha behaves like a maverick and not like a normal person, and that evokes laughter among people in the village. A young girl Kavya, who was a childhood friend, takes pity on Nandeesha and tries to reform him. After a fall from a hilly range, Nandeesha regains his memory and tells that he is Vishnu and not Nandeesha as people of the village have believed. Then the story takes a turn when Nandeesha works for a Kannada channel in Ooty, and Sonia, who works for the channel, gets vital information about the illegal operations of a pharmaceutical firm. Nandeesha telecasts the programme, but is hounded by the owners of the firm. They decide to kill him and Sonia. Sonia dies when she is pushed from a hilltop, but Vishnu survives with loss of memory. Finally Vishnu marries Kavya.
A negative factor in the film is that it may be difficult to accept Komal, who is considered as a top class comedy actor, to weep and suffer in silence, all the humiliations. This is the first time that Komal has played such a role. It does not match his image of evoking laughter with every dialogue, and his peculiar body language.

The second half of the film drags and tests the patience of the audience, while the first half is still tolerable.

Hamsalekha`s music is another weak link of the film, though cameraman Selvam has captured the outdoor locations of Gokak falls and Bagalkot very well.
Komal has done his best to perform in the role of a mentally challenged person and a dynamic channel editor with ease. But certainly, he has the talent to perform better. The script has also let him down. Malayalam actress Malavika fits in the role, but it is Bollywood actress Parul Yadav who takes the cake with her performance and also with her dancing abilities. Veteran artists Sreenivasa Murthy and Ramesh Bhat have delivered impressive performances. But the film`s comedy sequences do not make much impact.

Technically also, the film does have a lot of weak points, with music director Hamsalekha delivering below average music compositions. The film`s songs, shot in Switzerland, do not go beyond average levels too. To see a fat Komal singing duets with good dancers like Parul and Malavika, is really an eye sore.

"Nandeesha" fails to entertain the audience mainly because of a poor script and ordinary technical values.